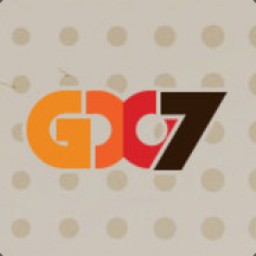 completed a quest from Magic: The Gathering Arena.

Commented subject is this game worth my time?.

You will need at least a week, perhaps even two if you're unwilling or unable to commit the time to regularly check in and recruit troops. I state that categorically as power-level in this game hinges almost entirely on your army composition and numbers; upgrading a building typically results in a power increase of anywhere from 1 to 5 points. Completing research often yields no increase whatsoever. Quests, resource-harvesting and event activities also have no effect. You must recruit troops, regularly and reliably if you seek to increase your power... while doing your utmost to avoid antagonizing anyone as a raid by superior foes can easily rob you of hundreds if not thousands of power in a moment.

Depending on the extent to which you've upgraded your barracks, checking in can range from recruiting roughly 60 troops from each of the five buildings every 40 minutes for a power-increase of nearly 3.5k total, to recruiting nearly 180 every 1 hour and 45 minutes for a power-increase of roughly 8.3k total. You can do the math: it takes a looooooong time to hit one-million. My only advice is: spend your gold coins and use every recruit-timer advance item at your disposal; you will acquire more of each merely by exploring the map and engaging in PvE combat encounters.

You can easily complete the second task in tandem with the first (I actually overshot it considerably on my way toward one-million power as your power level will increase significantly faster by recuiting higher-tier troops, which necessitates you acquire a higher-level townhall in order to upgrade your barracks, etc), but that's somewhat beside the point: to answer your query directly, I would second Pperic's response. There are better games, dozens of which are exceedingly similar and, in certain cases, superior. Try it if you can spare the time and are willing to wait for the gems but, otherwise, you're better off playing something else...

completed a quest from Aurora Legend.

completed a quest from World of Warships.

completed a quest from World of Warships.

opened Chest of January Premieres and won The Warrior Of Treasures.

Commented subject Misty & MTGArena: How Do We Complete the Quest?.

I'm not sure how that's even remotely germane to the thread, but thanks for the input... I suppose.

Personally, I believe it's one of the best iterations of Magic the Gathering in a digital format yet (barring Duels of the Planeswalkers, which had 2-Headed Giant and other multiplayer functionality that Arena lacks and has no plans to add); if you're struggling with the 1-versus-1 format or the recent inclusion of the ladder, my advice would be to simply grind your daily tasks and purchase Dominaria packs with the gold. You should be able to buy at least one pack each day. You can flesh out the basic Merfolk and Red-Burn decks to become at least moderately competitive. Given some time, you'll even be capable of constructing some mid-tier aggro (white-weenies, in particular) using what's available in the starters.

Try to avoid becoming discouraged when you're beaten by cards from veteran players; I know, losing to a Mythic or Rare card (Nexus of Fate, any of the planeswalkers, etc) you've never even seen before, much less can counter, is a wretched feeling... but that's merely the advantage of an experienced-player fighting a relative newcomer. Try the ladder ("Ranked Play") for more balanced games, as the simple "Play" button can and will pair you up against absolutely anyone.

Nostale is an anime-like MMORPG. The player is an adventurer who has to end the war with the race of Kovolts. The player starts with a basic class, which may be enhanced with more specializations  during the character’s grow. Basically, we have three classes with different skills. After reaching a certain level, there is a possi...

Become a Commander and plunge into global naval history!The World of Warships fleet features over 200 ships, dating back to the First and Second World Wars. Find out which warship type suits you best, and amass a navy of your own.Choose the flag you want to sail under. In WoWs, you can pick from the world's leading naval forces....

is this game worth my time?

Misty & MTGArena: How Do We Complete the Quest?