In 2012, a science fiction movie about fighting space Nazis entered the cinemas. The movie was called Iron Sky. In the same year, the Reality Pump studio decided to release a game with a similar title, set in the setting of the movie. In Iron Sky: Invasion, we play the role of the leader of the forces defending Earth, and our task is to repel the Nazi’s from the Moon. This FPS game combines elements of strategy and space simulator. An interesting fact about the game is that fans of the series had a huge impact on the production of the title. 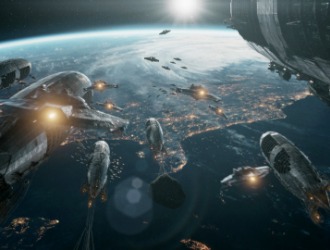 The 2012 released movie about the Nazis from the dark side of the Moon inspired the Polish studio Reality Pump to create the game with a similar title: Iron Sky: Invasion. The game was also created in 2012. This game is a combination of a simulator and strategy, which is set in space, in the world of science fiction.

In 2013 the game was also released on Xbox 360 and PlayStation 3 as well as on the iOS and Android systems, so everyone can now participate in the game.

Do you want to try your hand at fighting the Nazis and defend Earth? Be sure to exchange your Soul Gems for your own version of the game!