Get Steam Wallet $50 absolutely for free!

Steam is a modern platform that dates back to 2003. It was founded on the initiative of Valve Corporation. At the very beginning, the foundation of Steam was a bit different than it is today. It was basically just a multiplayer server for the iconic Half-Life. Some time later, new features were introduced that significantly developed the platform and thus made Steam more accessible to more users, and also began to act as a social networking site. The players were enabled, among others meet new people and chat with them, as well as save their games in the so-called cloud. Steam is constantly evolving. These days, almost everyone who loves to play has an account and is actively using it. The Steam platform has also been equipped with a store that allows you to buy games and add-ons, as well as many cosmetic items, thanks to which you can diversify and personalize your gameplay. The purchase can be made using a traditional transfer, you can also connect a bank card to your account, use bitcoins or a PayPal account. A very interesting feature is the ability to set up a virtual wallet on your account. It allows you to collect funds assigned to your account and use them at any time.

Steam Wallet officially premiered on September 30, 2010. This payment method is very universal. It allows you to accumulate money and use it at any time. You can also combine different types of payments. In the event that the accumulated funds are insufficient, you can pay the missing amount by a quick transfer. The Steam Wallet $ 50 reward is a $ 50 virtual wallet top-up on your Steam account. 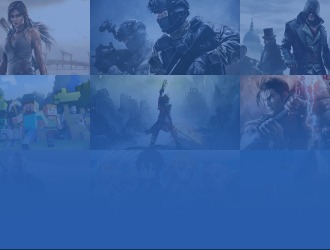 The prize currency must match your country of residence!

Steam is a platform that was founded in 2003 on the initiative of Valve Corporation. Initially, the system served as a multiplayer server for Half-Life. Soon after, the creators introduced new features to develop the platform and make it more accessible to users and also fulfill the task of a social networking site. These functions included, among others, storing the saves in the cloud, acquiring friends, as well as chatting with them. Soon, the Steam platform developed so much that nowadays almost every player has an account on it.

Steam has also been equipped with a store where you can buy games, as well as add-ons and various cosmetic items for games. These purchases can usually be made by wire transfer, by connecting a bank card, and also using a PayPal account or bitcoin. There is also an option to set up a so-called wallet where you can accumulate funds and then use them for purchases.

Officially, the Steam wallet was released on September 30, 2010. This is a fairly universal method of financing a purchase. You can collect the necessary funds until there is a suitable opportunity to buy something. You can also combine the wallet with another payment method to make a purchase if the dream offer is released earlier than the funds are collected in the required amount.

If you want to top up your Steam account by $ 50, we encourage you to exchange your Soul Gems for a Steam Wallet $ 50 prize. You will definitely enjoy using your funded virtual wallet for buying your favourite games and much more!