In 2013, NetherRealm Studio in cooperation with Warner Bros created an interesting beat’em up game set in the world known from DC comics. A few years earlier, this studio created a renewed installment of the iconic Mortal Kombat, which breathed new life into the MK series. Injustice: Gods Among Us Ultimate Edition is a game in which the studio put a lot of heart, which can be seen during each gameplay. Injustice represents the 2.5D beat’em up game genre, which can be played on a split screen. In the game we play the role of superheroes and villains from the world of Batman, Superman or Justice League. Today you can get this unique game by redeeming Injustice: Gods Among Us Ultimate Edition Steam CD Key. 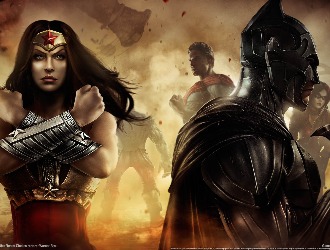 Beat’em up games have permanently entered the history of video games. Once played on slot machines in arcades, the games moved to computers and consoles. This genre includes an interesting game in which the main characters are heroes and villains from comics and movies of the DC Universe.

Injustice: Gods Among Us Ultimate Edition is a game which was created in 2013. In the title, we can play as Batman, Wonder Woman, Superman, Joker and many others.