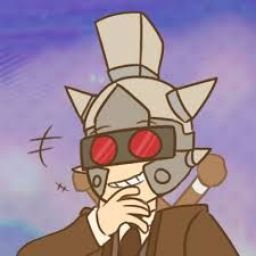 Monsters of Etheria of course :)

As the official Monsters of Etheria developer I think I should tell you all something about the game!

Monsters of etheria is a Roblox game. It is growing in popularity and i have decided to write an article on it!

Monsters of Etheria is a Roblox game created by Uglypoe. It is a remake of the game Pokémon Fighters EX!

The objective of this game is to explore the Alchas region, unlock as many Etherians as possible and fight with others players for obtain more EXP. You can also buy items and crates for skins, complete quests and learn stronger moves.

The moves are techniques that are used to attack or use some specific effect, either increase stats or heal HP.

The abilities are passive effects that each monster has. Normally the effects are beneficial, such as increasing stats, preventing status conditions, secondary effects or preventing moves of some specific type. Sometimes, when a monster is evolved, it will lose the ability it had before to be replaced by another one. An ability can be changed using an Entropy orb from the monster selection screen if a monster has another one available. Some abilities, typically called Hidden Abilities, can only be accessed when the monster is at level 100, although the ability is retained if the monster is reincarnated.

The items are objects that are stored in the bag, can be found around the map or purchasing them in the shop. They have different uses, for some quest, change an ability or some move, powering up, etc.

Titles are a feature in Monsters of Etheria that when equipped, it can appear in your name in chat and on the name-tag in-game. You can see the list pressing the button in the bottom-right menu, once accessed, will show you the current progress with the number of titles owned and an option that allows you to see your name-tag with the title which can be selected by clicking on one. They can be unlocked by reincarnating an Etherian an amount of times or doing other tasks, either getting a rank or collecting an item from somewhere.

Reincarnation is a feature that allows you to reset an Etherian's level in exchange for obtaining rewards once you have reached level 100. You can reincarnate in two ways:

There is an option called Auto-Reincarnation, which makes it automatically reincarnate when it hits level 100. This can be enabled on the settings menu.

its good and its very informative :)

and dats a very good game

Monsters of Etheria is a Roblox game created by Uglypoe. It is a remake of the game Pokémon Fighters EX, which was taken down on 5 August 2018 for violating copyright.
The objective of this game is to explore the Alchas (all·kas) region, unlock as many Etherians as possible and fight with others players for obtain more EXP. You can also buy items and crates for skins, complete quests and learn stronger moves.

yeah i guess its fun but a bit childish :)

great game and i've had loads of fun with it and if you haven't downloaded it you really should :)

A user and dakuwanga are friends now

The beautiful land of Elrios, once peaceful and an ideal place to live in during several generations, has been devoured by a horrible war, which broke out as a result of an explosion of a vivifying, gigantic blue diamond – a gemstone named El. The creatures absorbing its energy from the gemstone fell down on the ground and...