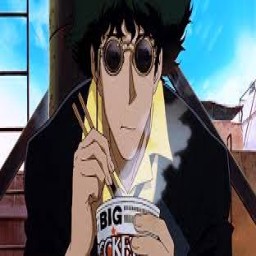 PLAYERUNKNOWN'S BATTLEGROUNDS is a last-man-standing shooter being developed with community feedback. Starting with nothing, players must fight to locate weapons and supplies in a battle to be the lone survivor. This realistic, high tension game is set on a massive 8x8 km island with a level of detail that showcases Unreal Engine 4's capabilities.

What Is this game?
PUBG’s main objective is to be the last man standing. You start off in a plane, flying in a certain direction above the island. You are forced to jump out of the plane and parachute to any building or area of your own choice. You must scavenge weapons, armor and medical supplies. These are all randomly generated and spawned in every house. From semi-automatic rifles to powerful pistols. There are weapons for everyone as well as melee weapons.

Cars are also randomly spawned in so you can drive to locations quicker as well as run over people running in the battlefield. Motorcycles, Buggies and Jeeps including some with cover. Each vehicle can protect you from gun fire. Motorcycles may be exposing but fast. Jeeps may be exposing but big to run over people. The covers on them protect you from exposing skin and protects you from gunfire as well as being big to run over others.

This game is impossible to bait and camp people for over 5 minutes at a time. Every 5 minutes, a circle closes in and you must enter the white circle (the play area). Cars can be useful because if you’re over 3km from the next circle and the blue circle is moving, you can quickly travel by car / motorbike to the next circle. This keeps the action constantly going. The circle can get as small as 1 small shack or building. One of the best Battleroyale games out there!

The best these specifications can run this game is very low on every setting and a screen sale of 98.

Pros and Cons resume
---------------------------
+ Not many bugs.
+ Good gameplay.
+ Action Packed Fun.
+ Adrenaline feeling.
+ Amazing with friends.
+ Many guns to keep on going.
+ Beautiful graphics.
- Some performance and loading issues.
- Teamkillers and lone wolf duos often happen a lot.
---------------------------
PUBG is obviously not the first massive battle-royale game out there, yet it stands on the pinnacle of its genre. As you may have known, PUBG has had a highly successful launch, securing a place on Steam's Top Seller game. If you're looking for a good battle-royale PvP, look no further. You've struck the gold.

It's an Early Access game. It has many problems, fixing those, and then adding more content and game mechanics which has been promised before should be the priority.
According to Steamspy, the game sold around 5,350,000 copies so far, that means after the 30% cut of Steam, they made roughly 100 million dollars before taxes. They barely had to spend on any marketing either, so my guess is, that's enough revenue to get this thing actually finished without the need for a few more millions. Competitive games tend to have a team composition with selected weapons and roles, the gamemodes or the maps usually even out the chances for both participants, and the outcome of a match comes down on pure skill and/or teamwork.

(+) Extremely active and communicative developers. This is vital for an early access game. PUBG is being constantly updated every month. I would speculate that this is one of the major factors in PUBG's success. Other battle-royale PvP games are mostly in Early-Alpha for years and their devs are too focused on gathering as much money as they can from the current players without making any real development progress on the game - PUBG is exactly the opposite.
(+) Non-toxic community. Simply because there is no chat function. Switch your voice channel to team-only and you're good to go. I wouldn't recommend teaming up with strangers because of obvious reasons.
(+) Highly demanding on teamwork and strategy. You can't just hop off the plane and recklessly run around the map no-scoping bozos. You have to plan out your movement very carefully and quickly since time is of the essence.
(+) Great gameplay concept. No pay-to-win and no grind-to-win. Apparels are only cosmetics. The only thing you keep from playing PUBG is your skill. The PvP is thrilling and definitely fun to play with your friends.
(+) Various vehicles, weapons, weapon mods, clothings, and equipments are scattered all over the battleground to aid you in your quest of survival. The weapon stats variety amps up the gameplay - It can be quite a challenge to engage in a firefight when you got the wrong weapon for the situation.
(+) A shooting game that applies semi-realistic weapon recoil, bullet travel time, and bullet drop is always appreciated.
(+) Lots of intense and heart pounding moments, weapon variety & customization.
(+) Realistic map, realistic gunplay.
(-) Currently, very performance-demanding. The game isn't optimized that well yet and runs on very unstable fps even on high-end rigs. The minimum 6 gigs of RAM is an absolute minimum - virtual RAMs can't help your 4-gigs-RAM PC. In terms of GPU, one of my friends that is using a GTX980 is suffering from <30fps and extremely slow loading progress. Another friend with a GTX1060 suffers from fps drops during rain/smoke.
(-) Gameplay is monotonous. Similar to CSGO's Competitive and Dota 2, you only have one type of game. The unique experience relies on various encounters with the squad/enemy in-game.
(-) Melee weapons are terribly inaccurate. Aiming also can be a bit off sometimes. Possibly caused by the server lag.
(-) Vehicles flips too easily and difficult/too unrealistic to drive.
(-) Door and movement bugs seem to be quite prevalent lately. Whenever I move a step ahead, the game throws me back 3, 4 steps backwards. Seems to be affecting the entire server whenever it happens. Invisible doors also prevent players from entering a building, throwing us outdoors whenever we try to enter a building.


If you want adrenaline. This game is for you!

A user and FlipDeBeer are friends now

Commented subject Tips for gamehag users, how to levelup and get fast soul gems.
Try to follow everything everyday, if you have something to add just comment and I will add here.

We can levelup and get SOUL GEMS together on Skype or TS. If you want to help me with that you can send me an email.
The tips:
English isn't my native language, so sorry for the mistakes. XD

I did everything from this GAME my print is real *** why???

A user and OkamiJr are friends now

A user and Yam1 are friends now

completed a task from Naruto Online.

completed a task from Bleach Online.

Become a ninja now in Naruto Online, a brand new browser (or client) MMORPG licensed by Bandai Namco, where we are able to take part of the epic adventure known from the Masashi Kishimito's manga.In fact, we have a choice between 5 characters with different skills - two young ladies and three guys, each of them having their own ...

Tips for gamehag users, how to levelup and get fast soul gems