Valkyr. Human experiments made her a beast. Can you tame her, Tenno? 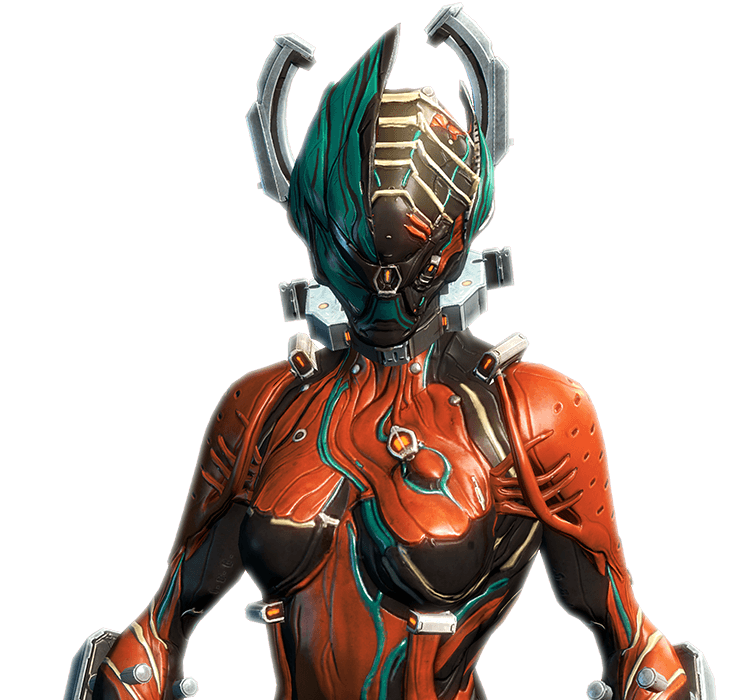 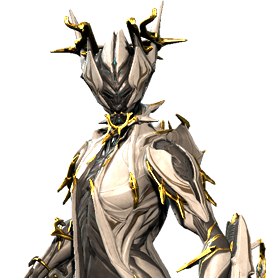 BACKGROUND
According to lore, Valkyr has been experimented on in the past by Alad V (we should eat that Salad V already....). Alad V not only experimented on her, he also reverse-engineered her for Corpus Intelligence. Her Skills are the result of the madness that the experiments brought unto her.

GUIDE
Let's dive more into the guide now. To start off, Valkyr is a melee-berserk warframe, but she is also tanky when her defenses are considered, in which she has 600 armor on the normal Valkyr and 700 on the Primed. Many Valkyr players Use that armor to their full potential, using mods that affect armor and probably, health. Shields are not too much focused on, because Valkyr has a low base shield, which is 50 at level 1 and 150 at level 30. The enemies would drain off that very fast, but because of that, it can be used as an advantage, which will be discussed later. Valkyr parts drop from Alad V's boss battle on Themisto, Jupiter. Valkyr Prime can be collected from relics that contain it and are not vaulted (see pic, or click this and look for "Drop Locations" in case you need drop location for PS4 or XBONE). 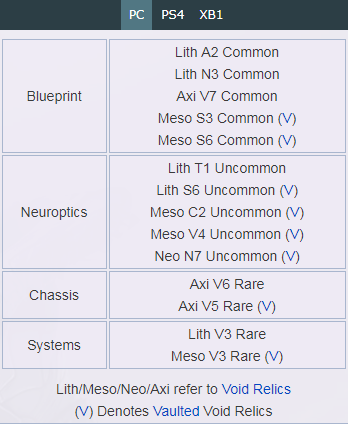 WEAPONS
It is recommended to have a very strong melee weapon. The melee weapon depends on your playstyle: be it strong and slow, or weak but fast. Any weapon will become strong as long as you know which weapon you can control best and if you know which mods are the best ones to use for your playstyle. I personally use weapons with a high base attack speed even if they deal a little less damage than stronger but slower ones in order to benefit more from the melee capability of Valkyr. A melee mod worth checking is Berserker, which has a chance to increase attack speed when you continuously hit enemies in a combo.

For Primary Weapons, you can use anything, you won't particularly need something. You can even unequip it if you want some challenge (though I don't think anything will be a challenge for a melee Valkyr).

ABILITIES
1: Rip Line - "Valkyr hurls forth a hook. If it hits an enemy, she pulls them to her. If it hits terrain, she pulls herself to the hook's location."
I only use this when I remember that I have it. From my experiences, it really has no other purposes other than for locomotion or for pulling an enemy to you in case it is too far or if you want to cancel its movement (if you can cancel it).

2: Warcry - "Valkyr lets out a rallying cry that bolsters her allies melee speed while slowing down nearby enemies."
Valkyr players commonly use this to have a faster attack speed for bigger dps (damage per second). I really don't use it that much, because my game's framerate is low so my attack speed will only get lower. I only use it to slow down enemies when I become surrounded too much.

3: Paralysis - "Valkyr unleashes her shields, stunning and damaging enemies around her."
This is useful for CC (crowd control). Other than that, no purposes from my experiences. Also deals impact damage to enemies, provided that you upgraded her shields. Her shields are the main power of this ability, so that may be the reason why it is too weak for me.

4: Hysteria - "Valkyr is imbued with energy and becomes a ball of vicious rage, capable of unleashing a torrent of deadly claw attacks on unsuspecting foes."
The main attack ability of Valkyr. She becomes invulnerable for a period of time depending on her energy. Her basic attack also switches to her claws instead of the Melee Weapon, but some mods of the melee weapon may make Hysteria stronger. Hysteria has an innate lifesteal, so Hysteria is commonly activated when Valkyr's health becomes low. Provided you have high energy and good damage, you can become invincible when you:
1. Use your melee weapon. Watch your health.
2. When your health becomes low, activate Hysteria. You should have gained energy at that time because Valkyr has high armor.
3. Hysteria's lifesteal replenishes your health.
4. Repeat from step 1.
Valkyr players tend to activate Hysteria from time to time because of its effects. Use it effectively, Tenno.

VALKYR
Some things to note when playing as Valkyr:
- Change your melee settings. Use Mouse1 as the attack button for melee weapons when you equip them instead of E. Maybe also use        Mouse2 for block and E for channeling.
- Try to be more aware of the surroundings. Even though Valkyr has high armor, her health is not infinite, especially because she only has      150 shield base points.
- Valkyr's passive is that she has no need to recover from a safe freefall; use that to your advantage. She also recovers from knockdown        50% faster than other warframes.

BUILDS
Here are some of my builds for Valkyr Prime. These builds can also be used on Valkyr, but you may sometimes need to use forma to put a 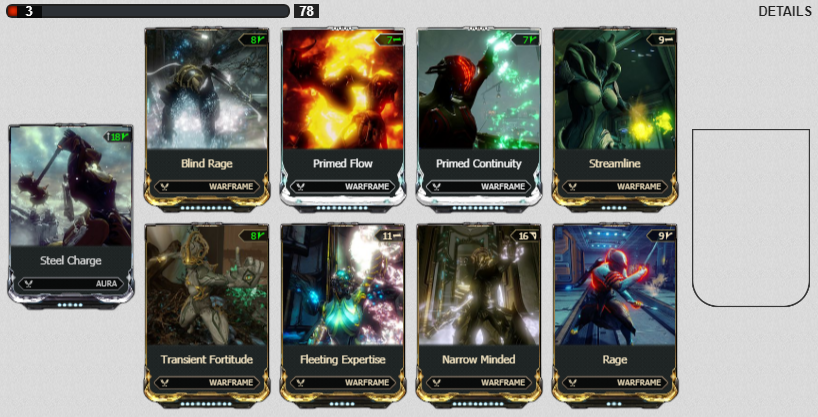 This build is a minmax build, maximizing Valkyr's ability damage while lowering other stats such as ability range and ability efficiency. i don't really use this, because Hysteria's duration becomes very low. This build is for players who want to kill enemies in a short amount of time, provided they have the skill to survive without the need of Hysteria in case it can't be activated. This build needs 1 forma. 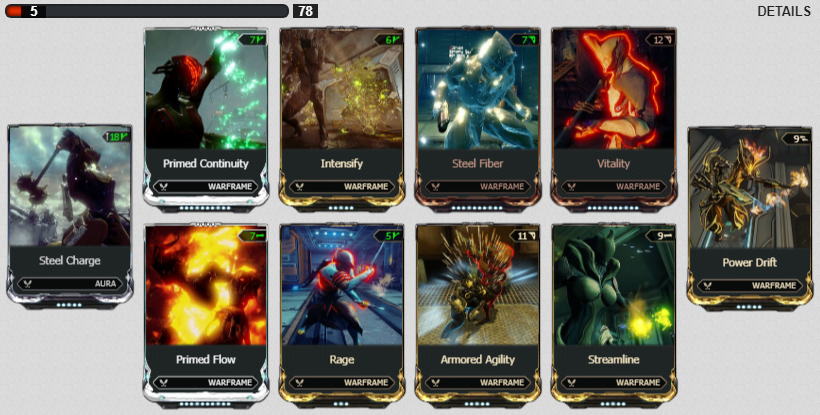 This build makes the duration of Hysteria longer, but lessens its damage. I prefer this build than a minmax build. The only problem is that you need to unlock an extra slot for Power Drift using an Exilus Adapter, which you can get by progressing in the storyline. This build needs 2 Forma. A 0 Forma version is inserted below: 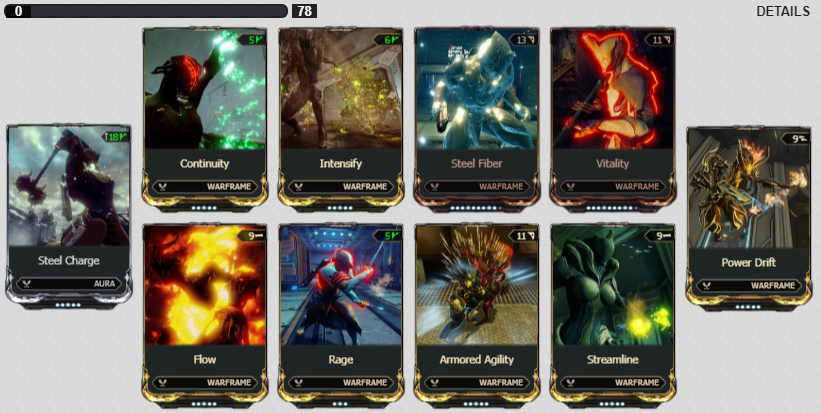 This is a little worse than the second one, but it can suffice. As you can see, it also needs the Exilus slot unlocked. It also needs no Forma, saving you from farming for more.

Use Warframe Builder if you want to look at the effects of the mods I use, or make a build of your own for your own playstyle.

FINALE
Valkyr is a good warframe. If you play RPGs and you use melee weapons, you would probably like Valkyr's playstyle. I personally main her and plans to research more and play more so I can improve my strategies and techniques. Valkyr is a berserk tank that can rip her enemies into pieces. I recommend trying to play her especially if you like melee weapons more than ranged weapons. Good luck, Tenno.

write one for my mag plzzzz :))