Introduction: S.T.A.L.K.E.R.-Shadow Of Chernobyl is an FPS game with elements of RPG. S.T.A.L.K.E.R. was made by GCS Company on the X-Ray engine. The game was released on 03/20/2007. In this game, you need to survive in Chernobyl with hundreds of mutants and tons of anomalies and explore the world.

The gameplay is a mixture of RPG and FPS, as I said. You have many types of weapons, such as Ak, MP5, M1911 and so on. You can also improve your characteristics using artifacts that you can find in the anomalies, buying new equipment (suits) will also help. You can also buy new costumes and artifacts from merchants, which you will find in neutral territory.

In this game are a lot of types of enemies, they are divided into two large groups: Mutants and Humans. If the player wants, he can make every NPC an enemy, or friend. It depends on the choices that the player did as the story progresses. The only two groups with which the player cannot be friends is "Bandits" and "Military", they always will be enemies, regardless of choices. 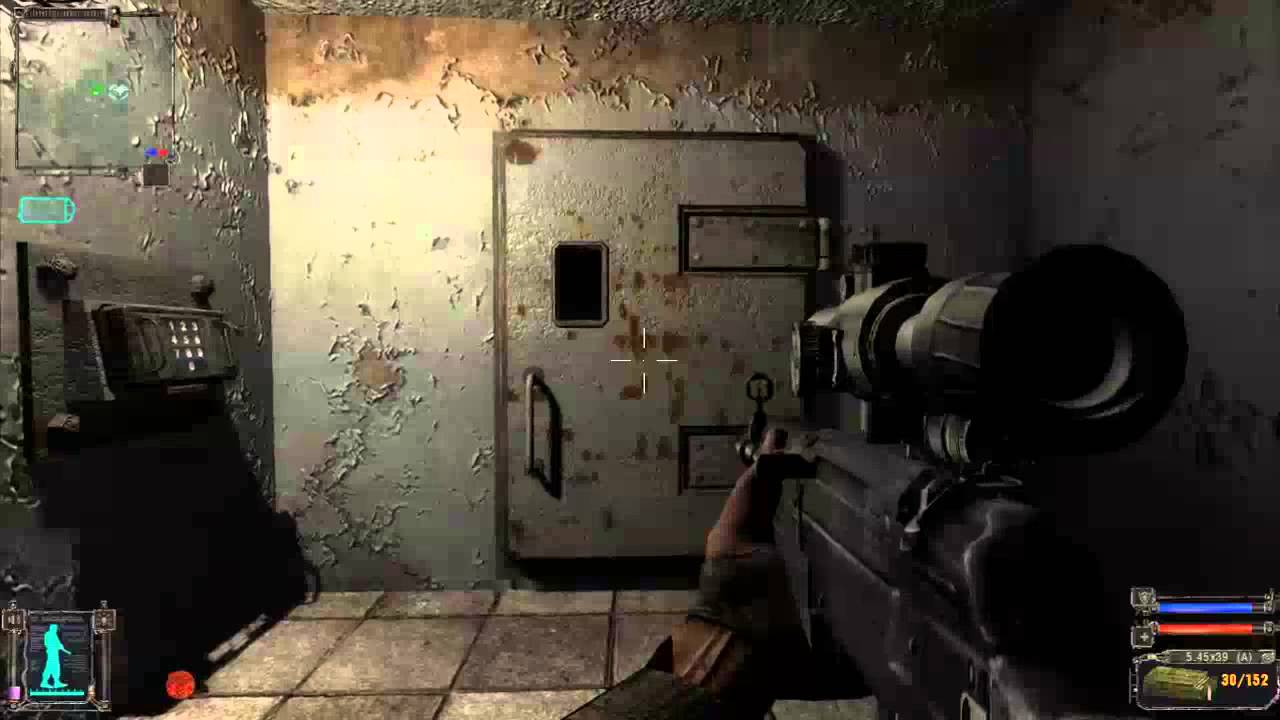 Fractions are one of the most important parts of this game and this topic is very big to put in gameplay. There is a lot of fractions, that player will meet while the passing plot and a lot of them, the player can join (with one exception). Here are some main fractions:

Note: This is a screenshot from another part called "Clear Sky" where you can join bandits. 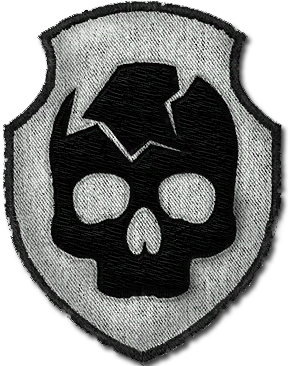 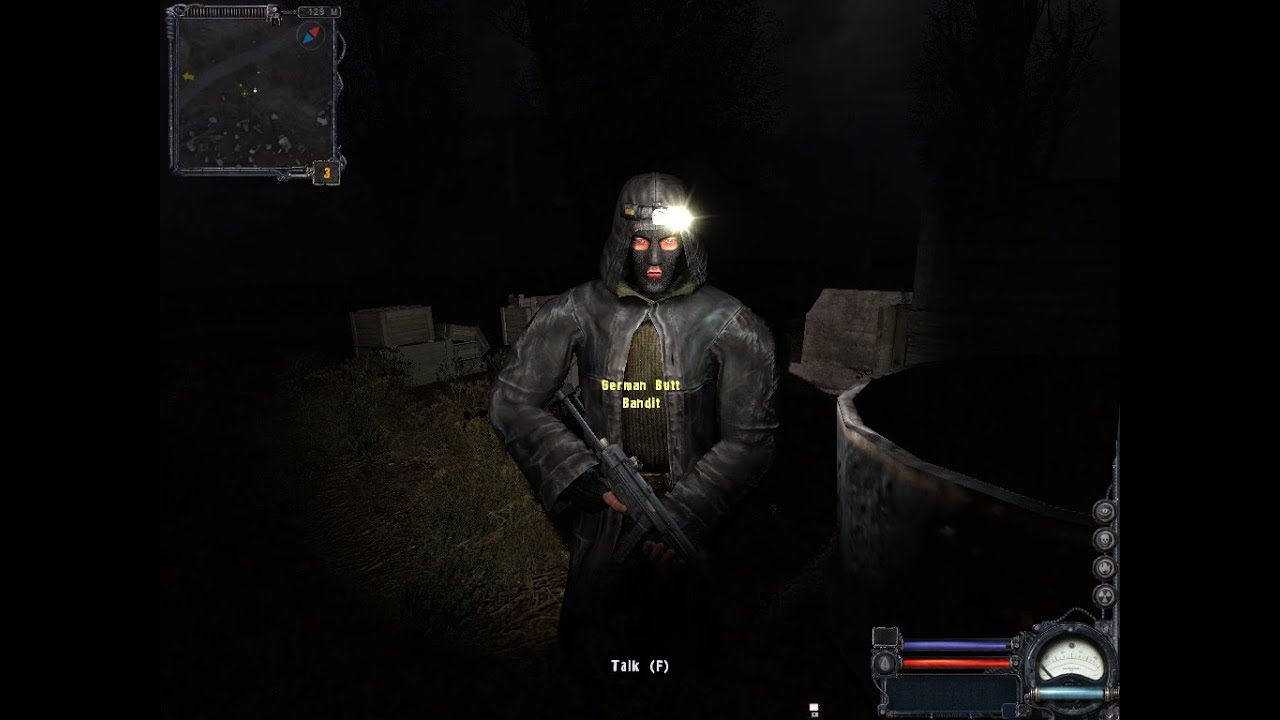 Bandits are the most common fraction in this game and also the most numerically largest group in the zone. You can meet them everywhere in the zone. Most of them have weak equipment, but some of them have pretty decent weapons (MP5, AK-74 for example). Near to the end of the game they will present almost no danger. 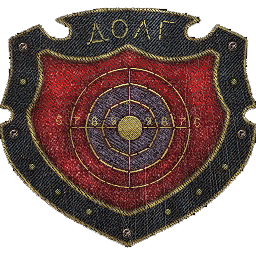 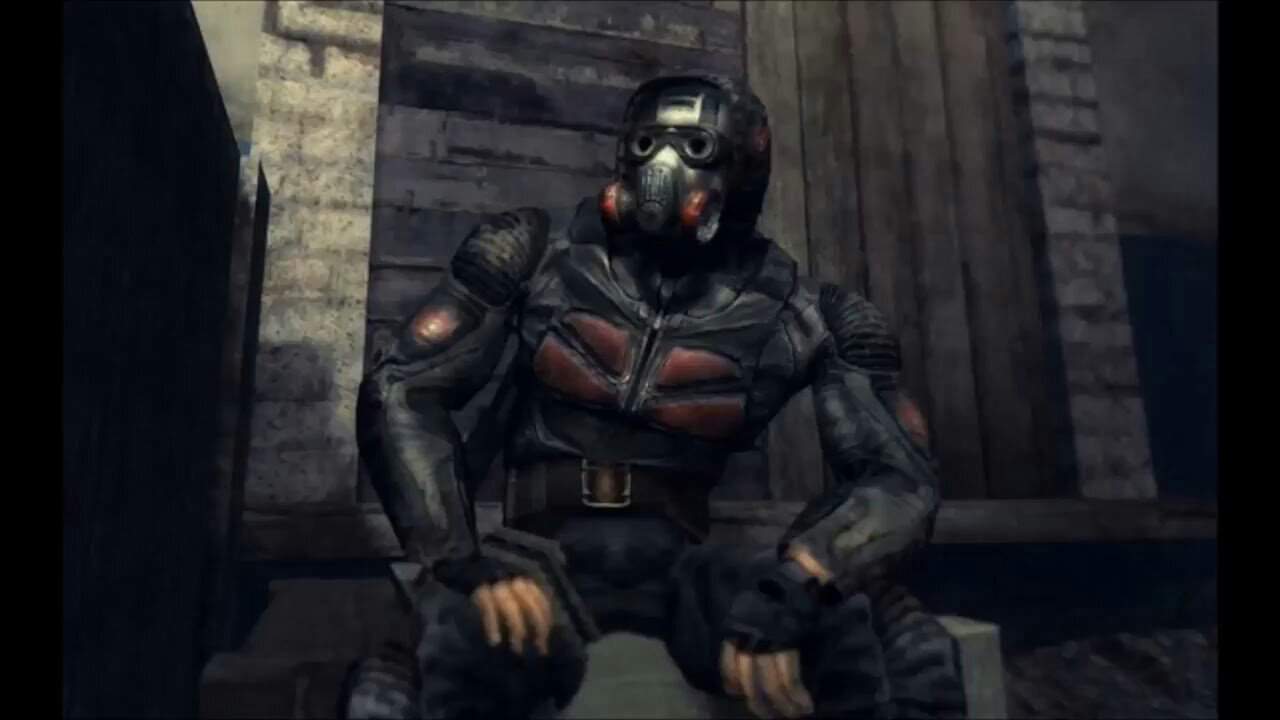 Duty in the zone is some kind of police. In this fraction all soldiers have strict discipline, because a lot of them worked in police while they were citizens. Their base located in the bar "100 Rag". They always fight with fraction "Freedom" and think that them is their main enemies. They keep order and watch stalkers in neutral territory. In Duty, all soldiers have really nice equipment: good costumes, and strongest weapons in the zone, so if you want good equipment from the start, you better join the "Duty".Their main goal, as themselves say, is to protect civilians from the outside world from the creatures of the zone. 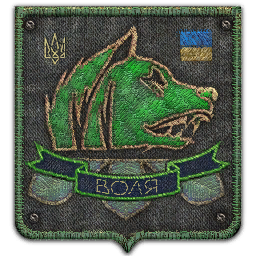 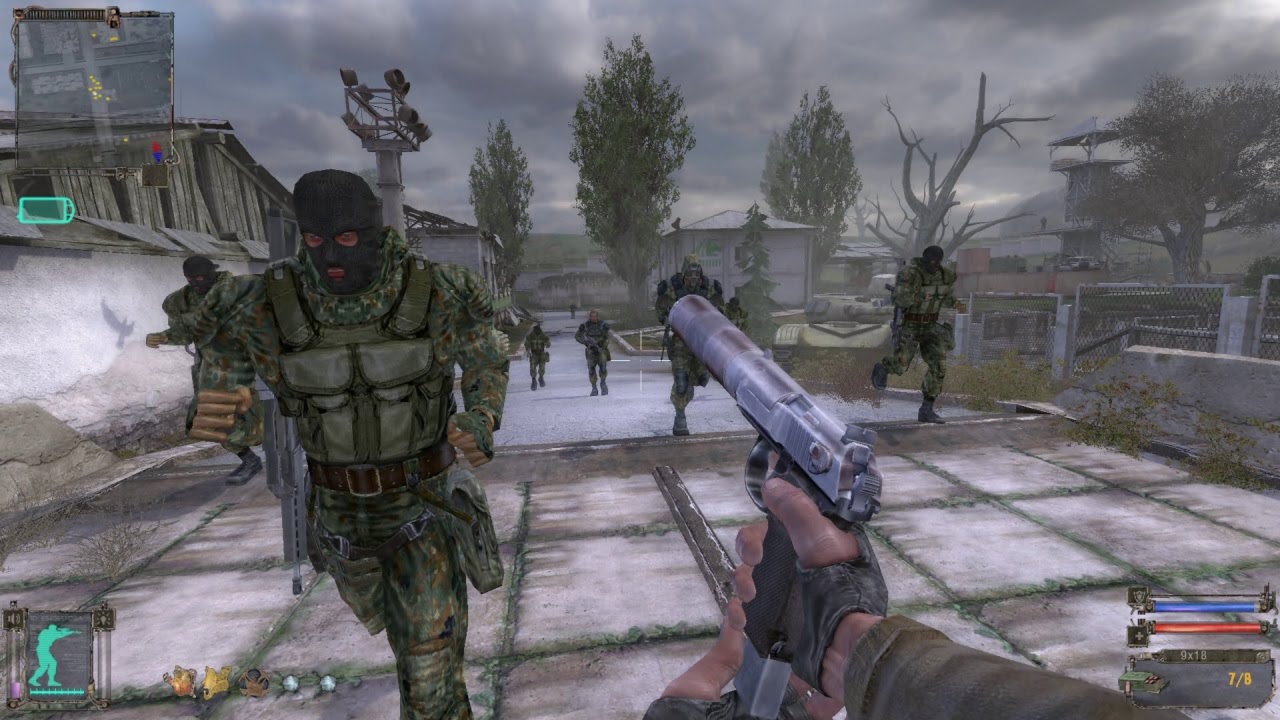 Freedom was founded by a group of some stalkers. Their base is located in an army warehouse. Unlike fraction "Duty" they don't have a strict discipline and a lot of them do drugs. They think that Duty is wrong and that people need to explore a zone, not to destroy it. Because of that, they fight with Duty soldiers very often. Freedom equipment is worse than Duty have, but still pretty decent. 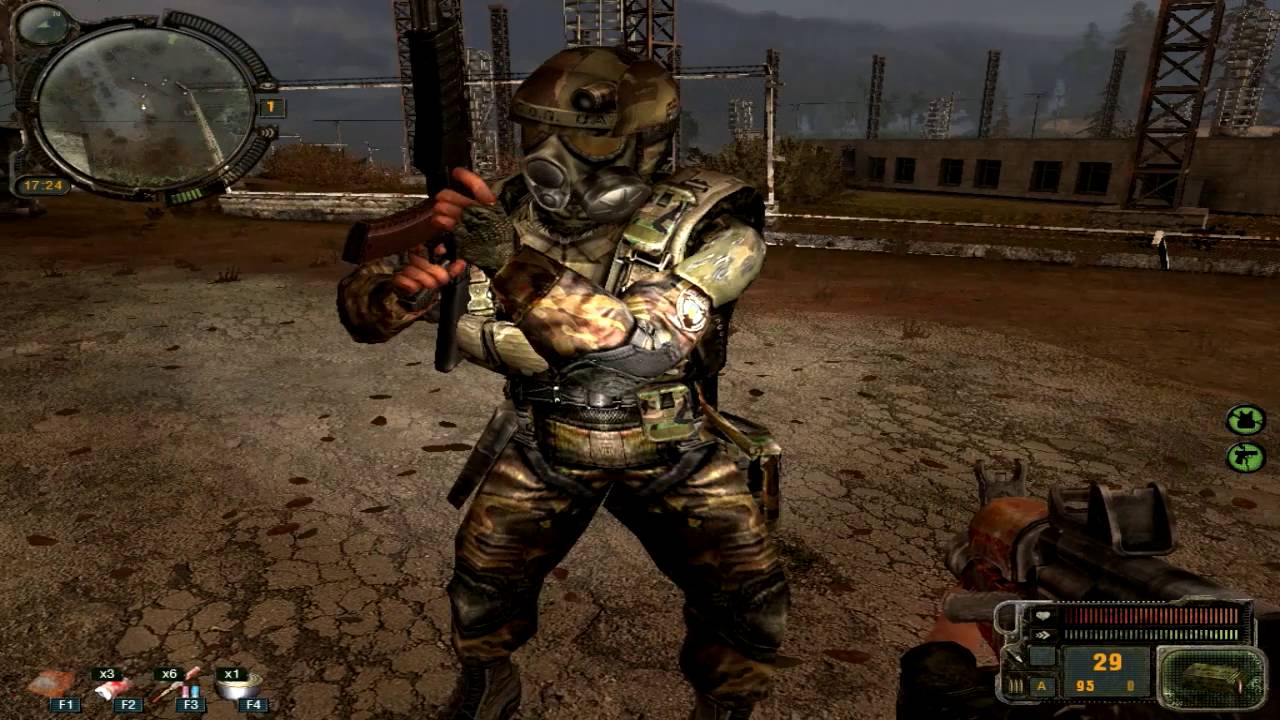 The military is one and only legal fraction in the zone. They prevent people from entering the territory, but many of them are corrupt, so many people who want to get into the zone simply pay them for the passage. Their base is located nearby a newbie village. They have pretty strong equipment, but a lot worse than Freedom or Duty have.

The story begins with a cut-scene in which we are shown a truck with corpses. They are called "Trucks of Death." Lightning hits this truck and it explodes, scattering corpses next to it. During a detour of such trucks, an unknown stalker finds a living person and drags him to Sidorovich, who is a local dealer. Sidorovich quickly inspects him and finds his PDA on which he sees a note: Kill Strelok. After which the person tears the PDA out of his hands and faints. After this cutscene, the game begins. Sidorovich call that person "Marked" because of tattoo on his hand. This game has seven endings, and only one of them is a true ending. Endings depend on player choices and actions. 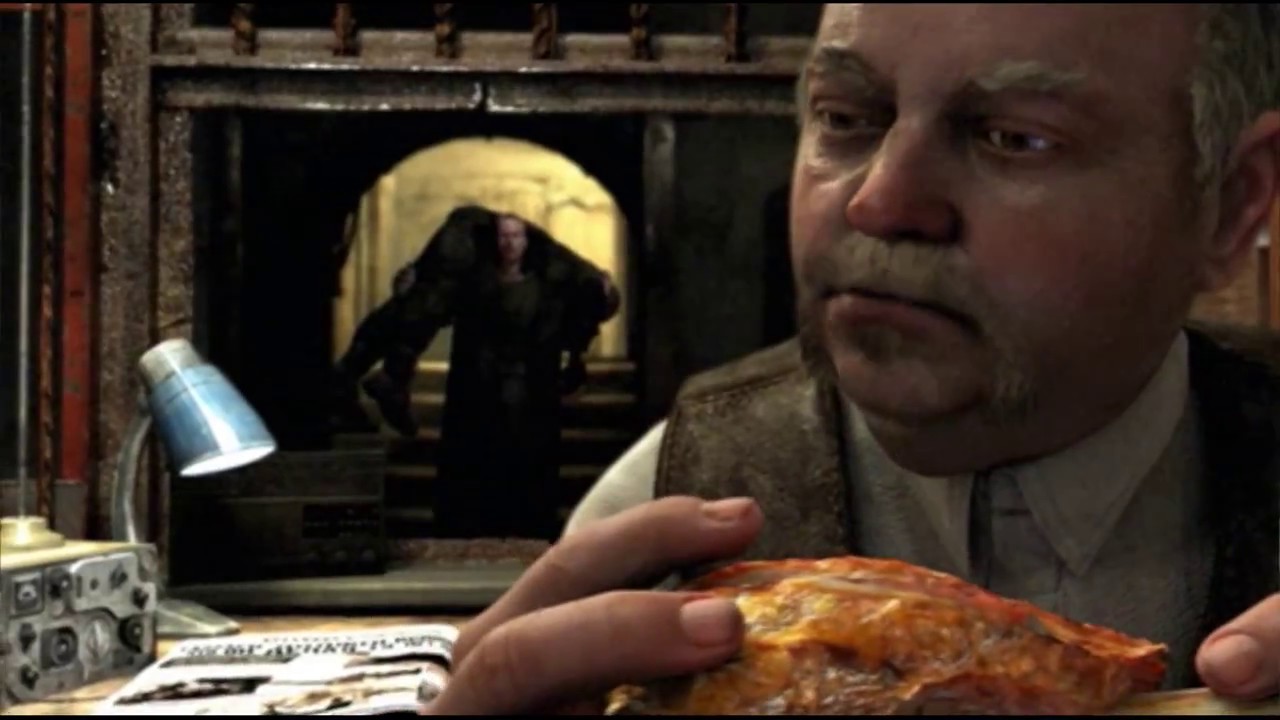 Pluses:  Minuses  My personal opinion: This game was pretty decent for 2007 and had realistic graphics. Now it's still fun to play, but a lot of things are outdated. Still, this is one of my favorites games. I pass this game 4 times and recommend you play at least once.

Why no one is posting new articles??????

new equipment (suits) will also help. You can also buy new costumes and.

I really love the mechanics and the bugs to. YES the bugs because this game is more fun with bugs.

this game is realy super!!!!
and the article is very good!!!
thanks it is good

Kinda sounded like tarkov, but it MUCH different and sounds interesting... gonna give it a try

I think you mean "factions", not "fractions"

this game is realy super!!!!
and the article is very good!!!
thanks!!
bro!

Best game ever! I didn't play it, but i watched my brother play all three parts including the Call of Chernobyl mod! Nice article!