Released in 2018 for Microsoft Windows, PlayStation 4 and Xbox One, F1 2018: Headline Edition. In a short sentence, I would say that everything the game has, F1 2018 Headline Edition earns a spot as one of the best racing games ever made, and rightfully so.

You will begin the game, by watching a intriguing introductory trailer of the game. You'll then be brought into a tutorial, explaining you the controls and how to play the game. The adrenaline will rush through your body as the up-beat music will get you active, and give you the motivation to race like a professional driver. From there, you'll then be introduced into the main menu, where you will be shown around the different modes, such as career mode, single player quick race, and multiplayer mode. Immediately afterwords you will be prompted to begin your career in career mode, from there, you are able to choose your team, and which player you want to be from that team, and you will be able to race in each track in the real world's season order, that aspect of the game would be the most realistic form of a racing driver's life. If you don't prefer following the very realistic career mode, then you are fully entitled to go race online on multiplayer mode and enjoy yourself with the online community, overall, the online community is very surprising because there is a range of players, from professional, to cheaters, to beginners. You are quite literally having a battle in multiplayer mode because of how intense it is, which is what makes it fun and interesting! Singe player quick race mode is also very useful because it allows you to gradually get used to the game, you can choose any track, any weather, and any difficulty, allowing you to challenge yourself accordingly, this is very useful because it allows you to get used to the game slowly, and give yourself the experience you want, so from a new buyer's perspective, the game welcomes your warmly, and you will find the game very simple and easy to you use, until you battle in multiplayer mode that is, literally fighting a battle, I prefer it this way because of how fun it becomes when things become dirty in the race or you're up against a handful of professional drivers.

Playing F1 2018 is dramatically different compared to F1 2017, but there are major changes worth noting. First, you are able to see that the body of the Formula One Car has dramatically changed from the front, specifically where the driver sits. There is also a significant change to the lighting of the game and the graphics quality, for example the detailing of the track in different weather modes has been improved by a decent amount, giving the game's visual aspect a more attractive look. The sound is also very different, you will notice the significant change of sound of the Formula One car's engine noise. The game's in-race speedometer and birds eye view of your position in the track has also changed, there are some minor changes to how you will see it in-game. However, these major changes were done for the good of the game, as these changes show great improvements to the realism to match with the real world's Formula One tracks and cars. The gameplay has significantly changed, it gives you a more realistic experience because the scenarios have been improved, for example when having a crash, the damage is shown more realistically, and on a rainy day, the rain drops on your visor are shown, giving you the ideal visualized experience, what it's like being a racing driver. You'll also get a better podium experience as the quality of the graphics has been improved, so it'll really feel like that you're number one! 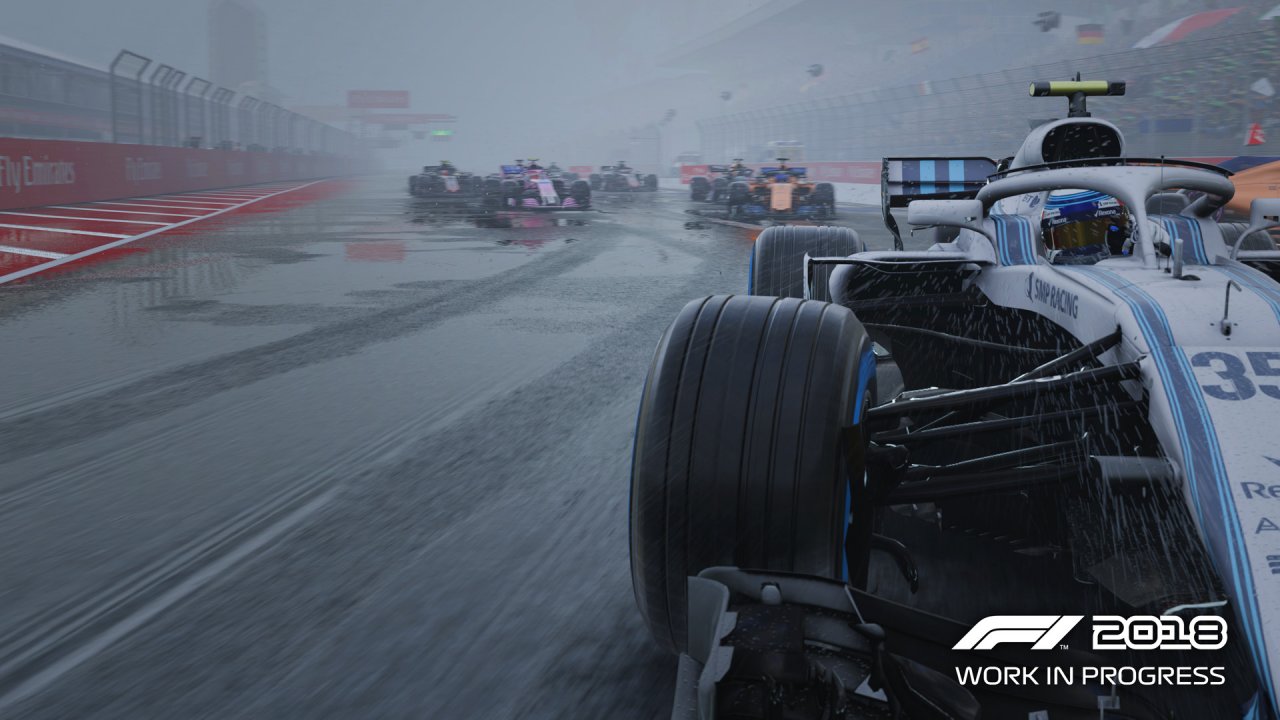 Finally, there is a very new experience in the multiplayer mode. For example the online community has increase a lot since the release of F1 2018 Headline Edition, meaning that pretty much every race that you will compete in, it will be full of players, which means that you will be up against a real challenge. The increase of players means that you will need a better console or computer which higher specifications, to cope with the Frames Per Second, and you connection, meaning you will need a faster connection than usual because of the high amount of players meaning that the server will be heavily loaded. As one would expect, this advancement in multiplayer features what you would expect, such as the scenarios will change, and you can create a team with other players, so the difficulty and experience will change all the time and you will never get bored of it. You're not going to be stuck with clear, day races on every track, in every race, instead, in F1 2018 Headline Edition  you are offered with a variety of scenarios when racing, and you never know who's going to be in your team, so it's all about skill, however, multiplayer mode or single player mode you will always get the experience you've been expecting from this amazing game. 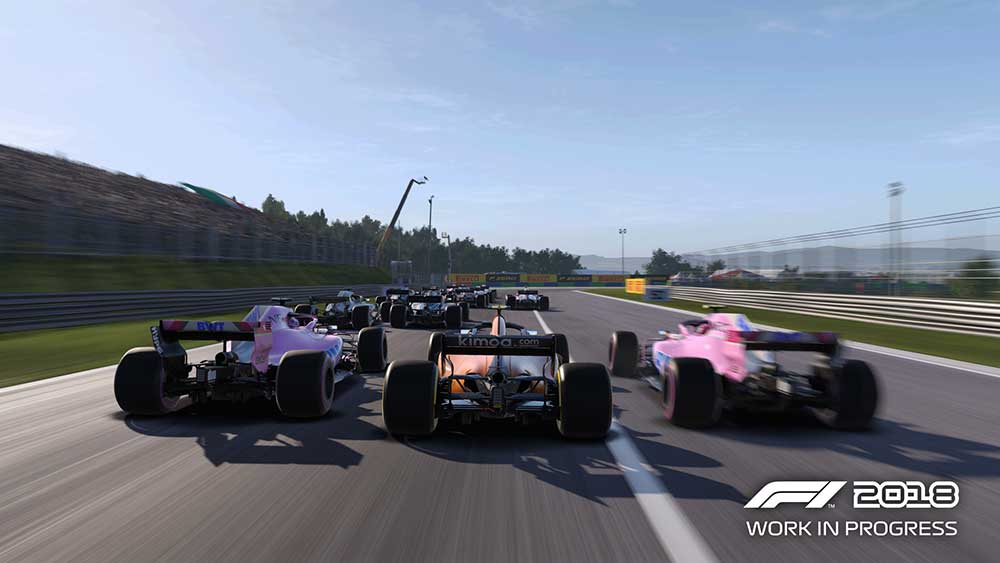 The biggest addition is that the classic Formula One cars have been brought into the game, you can take the wheel, and drive the classic cars, and get the experience of what is was like driving back in the day as a racing driver, and for sure, if you're a real fan, it will bring back memories of old legends such as Niki Lauda. There's no need to worry about cons about this aspect of the game as well, you'll get the high quality experience of these cars as well as the current generation of cars as you would expect, just in the modern race tracks! This is one of the main reasons why F1 2018 Headline Edition became one of the most popular racing games of 2018 because of such a extraordinary addition to the game, attracting a lot of new community to come and join and experience something new, and it wouldn't just be the new community, it would be the old community as well, people from F1 2017 and so on, they would also experience something in a F1 game that they have never experienced before. Therefore, this addition of the classic cars in the game is just part of one side of the explanation to why this game became such a big hit in 2018. 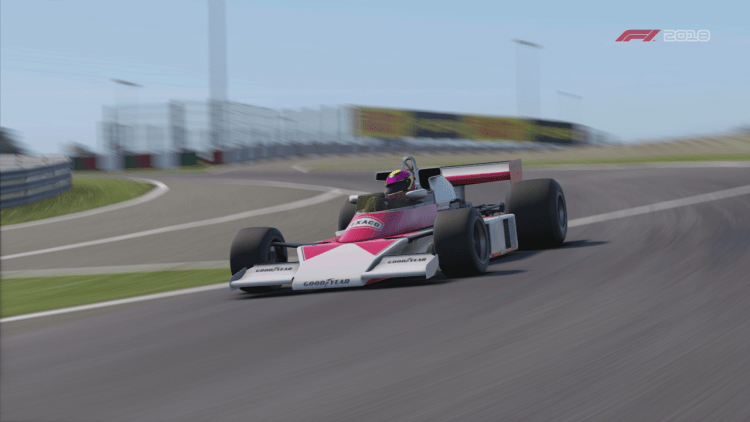 In my personal opinion F1 2018 Headline Edition has just about everything one could ask from a Formula One racing game. A large variety of teams and tracks, and a lot of online community to play with and give yourself a real challenge. The game is easily one of 2018's best racing games released, to some extent if you purchase some additional setups for the game, it will feel like the real thing. There's a lot of action packed races, and you would notice the improvements made in the game, making you feel it was worth buying the game. I would recommend this game to everyone, try the trail, or purchase the game, it's very realistic, and you will enjoy every aspect of the game. Then again, it's one of the elements that makes the game more memorable. I couldn't imagine a better addition than to add the classic Formula One cars to the game.

its nice game and nice article keep up

It is the best F1 series game

this is cools wow

i have thet game gg

It is the best F1 series game

one of the most advanced racing games out there.