You know, you look like someone that was made to be a KING! Not just any sort of king, but a BOARD KING (we can’t afford to make you the king of a country since countries are expensive while a board is really cheap). Well buddy, allow me to show you a fantastic game: Board Kings!

What is the purpose of the game?

Even though doesn’t have an actual ending, your main goal would be to make the best and biggest city. You can do this by upgrading your buildings, leveling up and buying some landmarks.

Since I mentioned them, I guess I have to explain them now, huh? Very well. Landmarks are special buildings that can be bought using gems. Each landmark has a special ability. Some of them have passive abilities (so they will be used permanently), while others trigger only when you land on the building’s space. They can be very useful, so I recommend saving some gems for the landmark that you consider to be perfect for you. 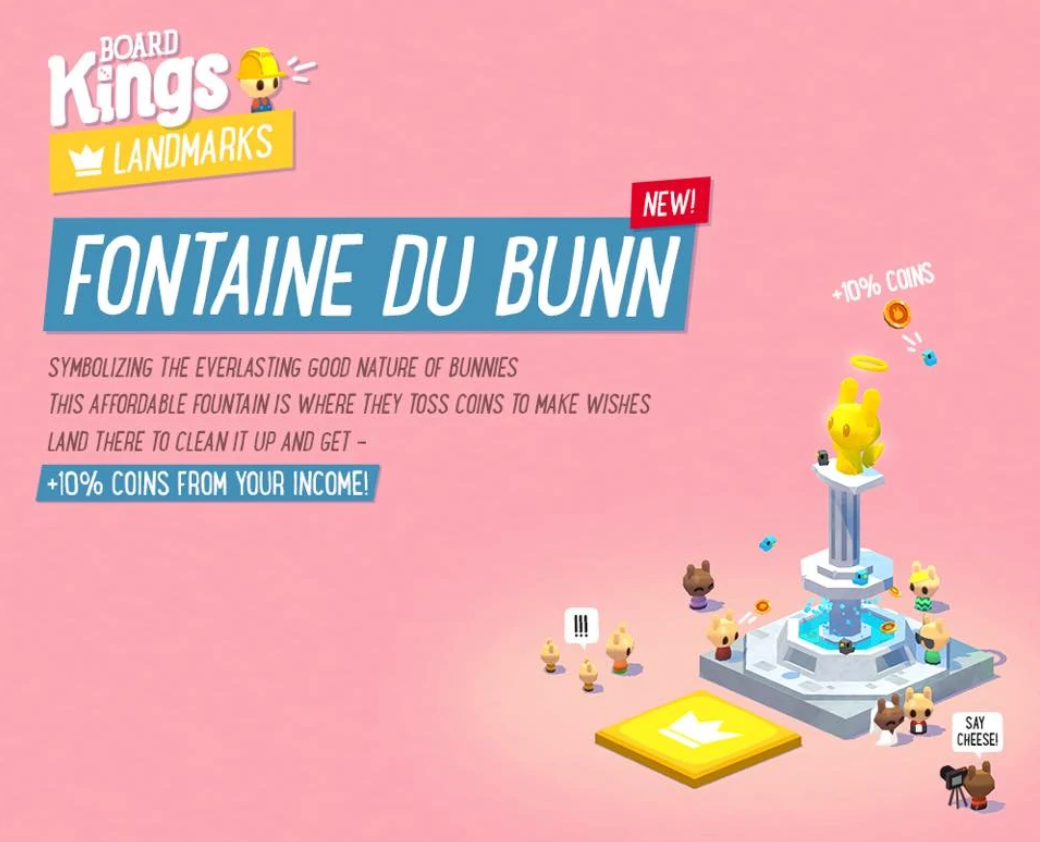 All squares give coins when you touch them. But some of them are special and will do something when you land on them. You can get a bonus card, coins, gems, an extra police car (and the option to buy more), access to the vending machine, the chance to play a minigame (and earn rewards) or even use the train.

There are 2 different currencies: coins and gems.

Both can be obtained from special tiles, special cards, minigames and events. Simply walking on the board will also reward coins.

There are also the rolls, which you need in order to move around the board, but you can’t really count them as a currency.

You can change the look of your idol (character), board and dice. You can buy new idols from the vending machine, however they won’t be new each time. Getting duplicates will change the appearance of the idol: having 2 will make it bigger, 4 will give it a silver look, 7 will give it a golden look and 10 will make it have a rainbow appearance. Each idol is part of a theme, and each theme has 10 idols: 5 common, 3 rare and 2 legendary. By getting all 5 common idols from a theme or the 3 rare and the 2 legendary from a legendary you will receive a new look for your dice. Boards can be acquired by leveling up or by buying them with gems.

Interaction with other players

Players can steal each other’s coins by playing the lock minigame. By landing on the train tile, you will visit another player’s board, where you can damage, destroy or own buildings plus break their piggy bank. Police cars will arrest players (except for the owner of the board) and force them to go back to their board or pay some gems, thus being a good defense defense against other players.

Play as often as possible. Your rolls replenish by themselves, but they have a limit.

Always spend your coins if you can. If you can upgrade a building, do it, otherwise you risk losing all of them.

About the Gamehag task

It used to be “reach level 3”, and it took me around 24 hours. That got me around 40 SG. Now, you have to reach level 42, and I can estimate that that would take somewhere around 2 months, if not more (it took me like 2 weeks to get to level 7). Would it be worth to spend that much time for about 1000 SG? Well, that’s up for you to decide, since only you know how many SG you need and how fast. But you don’t have to play too much, only 10 minutes a day should be enough.

It’s a nice and simple game, good to make time go faster. Just like any game involving dices it’s mostly about luck and not too much skill, but that doesn’t make it necessarily bad. For me it got boring pretty fast, even with the constant events, but that doesn’t mean you won’t like it. Give it a try. 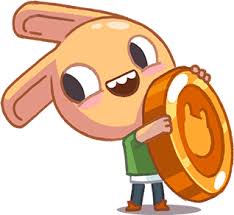 Its a good article and looks like you put lots of time to make it but there is a little problem about your pictures. They dont fit so good!

I played this game to earn sgs. But it was kinda hard to lvl up. Or was it just me. Idk its a board game so once you use all your rolls you are forced to wait. Or buy rolls. Which i dont want to do.

i feel after a while it starts to get boring

Nice article but u didn't say that it contain ADs right?may its a part of the article bro

The review is great because it is brief and straight to the point.THis game is awesome bro

I used to love this game, but I just want to say that it can get old if you're a "burst player" like myself.