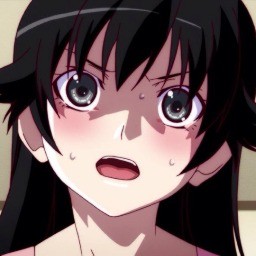 Commented subject Review on the TERA(Attention! My english is bad!).

Benefits:
So as not to repeat with you to the advantages I will also take the time of passing the dungeons, in my opinion it is optimal from 30 minutes to 1 hour, just so interesting and unsuccessful to bother. Teru can not be called a one-buttoned game as many with a target, in a televised class each one should really think what to use and when and where to stand (well, except for the onion). Before the kapa game is very interesting and I want to play and play. Each class is unique in its own way and is needed in the party. A good system for collecting a random party in the dungeon is very convenient even for pvp players and against it. Handsome clothes and Persians, this is the first game where I like the way my Persian is dressed and I choose remodel, in other games I did not care, the main thing is stats. Really pleases AI mobs, especially elites, this is the first MMO game where mobs try to anticipate your further skills and act on this basis, trying to kick back / in the side of your attack, or to run from the side, in general it is interesting. Farm mobs are not annoying. Pleases that there are no quests kill 200-500 mobs, and only 10-16 fail to bother. There are no assignments for the type of convergence 100500 times in dungeon which all brag

Disadvantages:
The main drawback of the game is the huge races on the EXP entered into each patch from the release in Korea. In addition, in almost every patch introducing new dungeons, the previous dungeons are simplified to such an extent that they are uninteresting, and are not necessary, except to make a mission there. There is no motivation for PVP. On the kapa there is no motivation to get the top gear. The crafting system is not developed enough (although I can make mistakes in this).

My opinion is that on the roof it is necessary to enter the races 0.1x here then we prochuvstvuem teru in all its glory, and the lack of content no one will complain

A user and Ristof are friends now

Tera Online is a famous Korean MMORPG game. Before starting the big adventure, just like in every game like this, we choose and create our character. The variety of races and classes is, beyond any doubt, the biggest advantage of the game. Besides the basic races like the Humans, or the Elves, we also have the demonic race of Ca...

Review on the TERA(Attention! My english is bad!)