Murdered: Soul Suspect was released in 2014 by Square Enix. The game is a detective type game, very similar to Heavy Rain and The Sinking City. The game faced some bad reviews on sites like Metacritic for the short gameplay, repetitive, and other reasons. I'm going to talk in this article about the story and gameplay of this game and also I'm going to give my opinion. 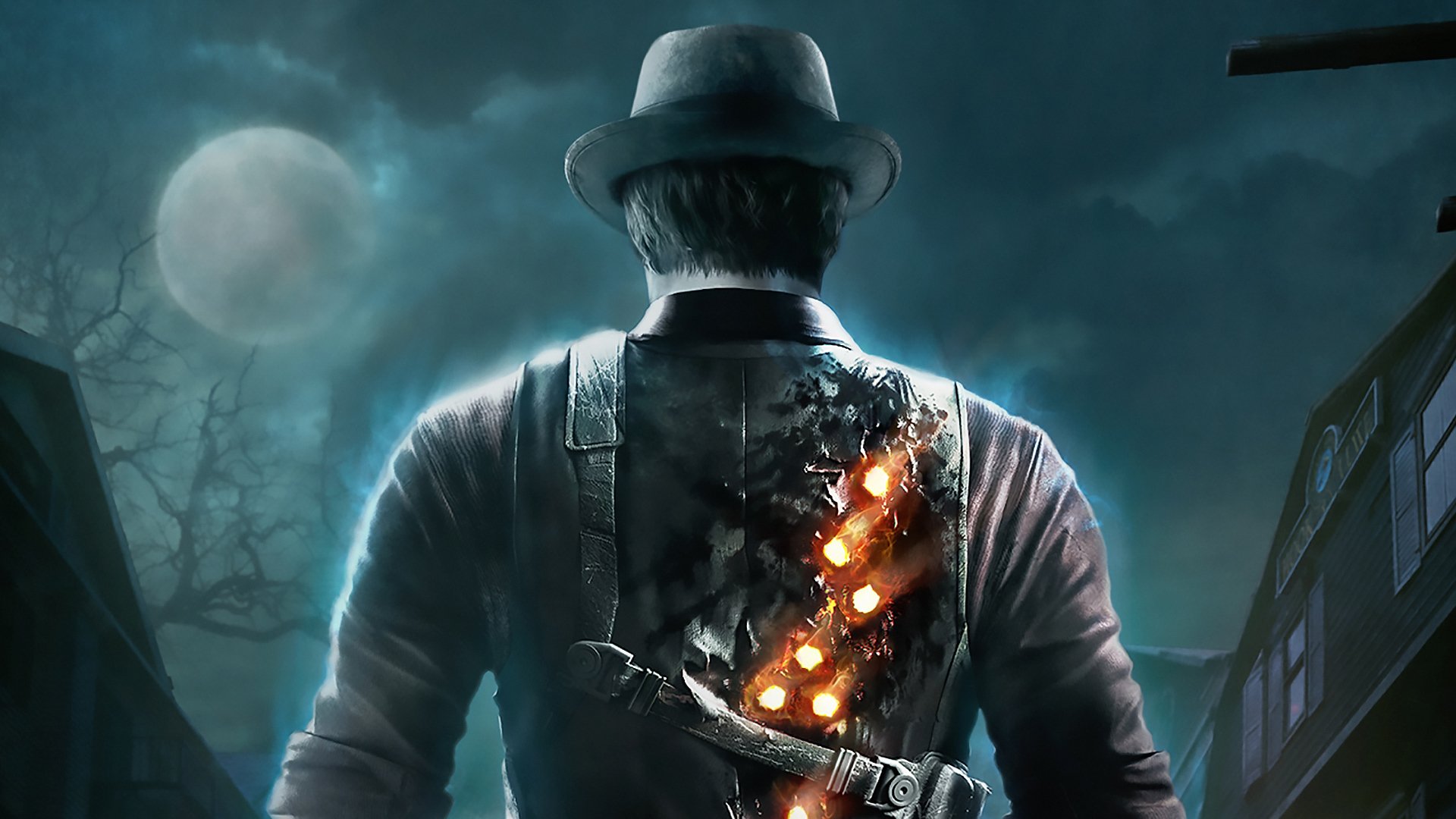 The story starts in a little city called Salem, the town known for killing witches. Ronan O'Connor a police detective, he's able to track a serial killer called the Bell Killer.  He enters the room where the Killer wants to make another victim but instead, the detective fights the killer but he's shot and thrown down a window. He finds himself a ghost and in order for him to ascend he needs to find the identity of the killer. The detective learns about his powers and he's able to rewatch the fighting scene, he sees a girl watching and starts searching for her. He finds her at the police station where he finds out that she's able to see him. Ronan helps her escape the police and they start the search for the Bell Killer.

They go to another murder where Ronan uses his powers to learn about the existence of some kind of contract, and that's what the killer wants to find. The pair goes to another one of the victims which survives, Iris is able to also see Ronan and the pair realizes that the killer wants to kill all the mediums for some reason. Ronan realizes that the killer kills his victims like they were witches and using his powers he's able to learn the name of the killer, Believing Baxter. When he comes back to the group he finds Iris dead and Joy arrested. Ronan finds out that the killings were taking place hundreds of years prior and also finds Baxter's body, he talks with his ghost and realizes that Baxter was killed bt the Bell Killer. 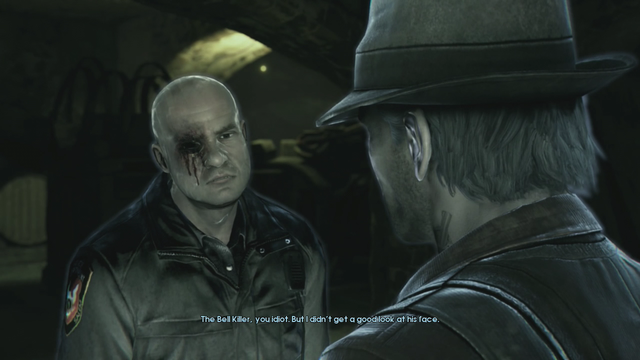 Ronan learns about a which called Abigail, she made a contract with the devil to gain inhuman powers and start killing all the witches in the city.  using his powers finds the killer and his identity, Rex which is under the control of Abigail. Ronan is able to save Joy and fight Abigail. Ronan is able to make Abigail enter her own portal to hell and realizes that all the killing was her controlling other peoples, he included. The story ends with Ronan hearing the voice of his wife calling him. 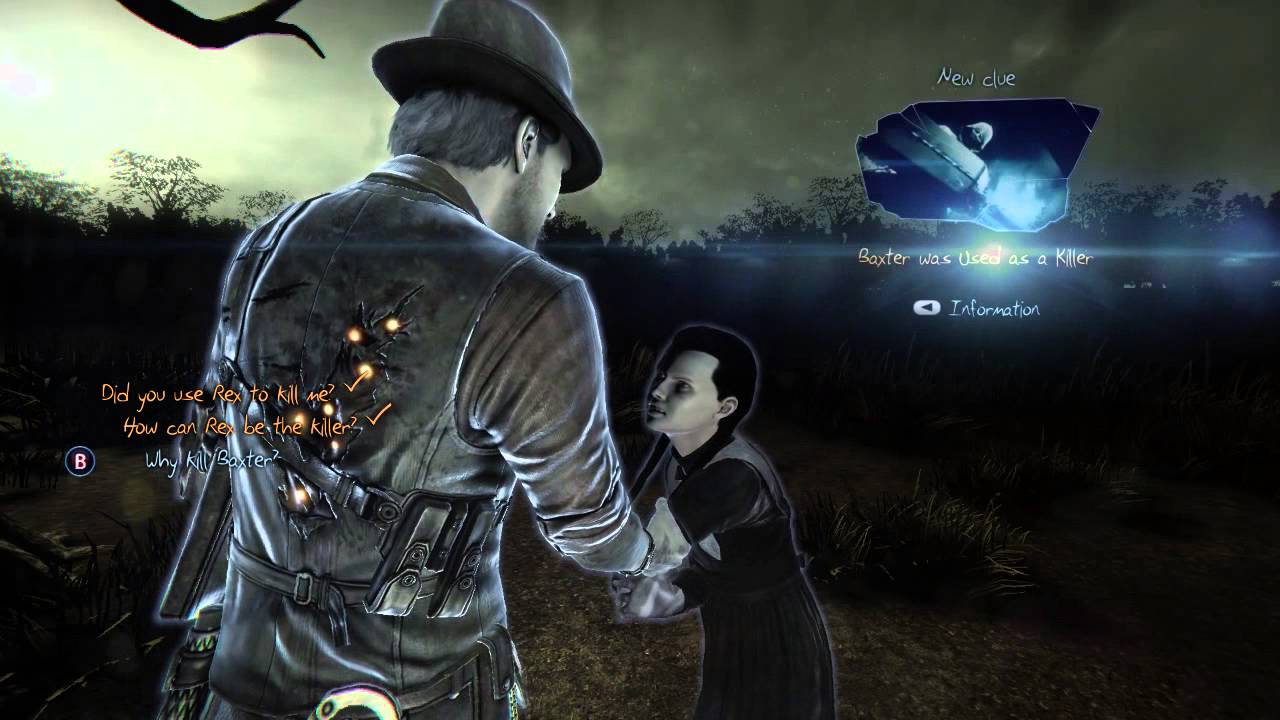 Murdered: Soul Suspect is a third-person game, most of the time you have to use your powers in order to get clues than connect the clues. Also, you have to doge the Demons, they are corrupted souls which tie to eat another soul in order for them to regain their humanity back. If one of the Demons get's close to you you die and the game takes you back to the last checkpoint. In the game, there are also collectibles that have no impact on the ending.

My Opinion about the game

In my opinion, the game is decent, if you want to buy it you should wait for a sale, is not worth 20 euros. I liked the story, it is very emerging and interesting but the daemons were kinda useless, easy to doge them and if that's some kind of purgatory the daemons should go in hell not stay there. Overall the game is decent I would give this game a 7 out of 10 and you should definitely try it if you like detective games like this one.

Narrative could be better but nice game.

Narrative could be better but nice game.

Nice Article Man Keep It Up

this article is awesome