Influent was developed at the University of Tsukuba as a language learning tool. After the grant money for the project ran out the developer received crowdfunding to finish the project. This game is a result of all that work. Influent focuses on improving the vocabulary of the learner through virtual immersion. My day job is teaching English as a foreign language. I'm constantly looking at new ways to make my classes more engaging and entertaining for my students. So to get a feel for this game I purchased the Mandarin Chinese edition of the game and decided to try it out. I'll be looking at this game from a language learners, a language teacher, and a game addict's perspective. How fun is Influent and how good is it as a language learning tool?


When you purchase the base game it comes with one language pack. The developer has a good amount of languages available. Certain key languages like Arabic and Farsi are not available as of yet. The developer is in the process of adding more languages but it is a very slow process.

Below is a full list of the currently available languages

If you go to the official website you can find a more comprehensive list that includes the languages they are currently working on as well as languages to be added in the future. Most language learners will be satisfied since the most common languages are available for purchase already.

I decided to go with the Mandarin Chinese language pack. The majority of my students are Chinese so it only makes sense to learn some of their native tongue! If you want more than one language pack you can purchase it as DLC. During steam sales you can usually pick one up for a couple bucks, or you could unlock all current and future language packs by purchasing the polyglot bundle! Unless you are an extremely dedicated individual I would just start off with one language. Chances are you won't be learning more than a handful of languages at a functional level. But if you are a diplomat, a green beret, or a very passionate language learner consider saving some money with the Polyglot Bundle.


The idea of the game is not to replace a teacher, or a language learning course. Instead Influent is a vocabulary building tool. The game does not teach you phrases or grammatical structure. The only thing it will teach you is pronunciation and spelling of words. 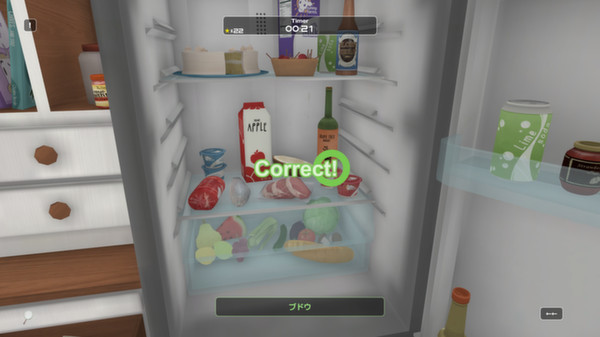 You can walk around your apartment and observe your surroundings. As you click on surrounding objects you learn new words and learn the proper pronunciation of each word. There are a number of mini-games that drill you on your vocabulary. As I played the mini-games I added new words to my vocabulary.

However I am a beginner when it comes to Mandarin Chinese. I am still learning the alphabet of the language. As a result adding vocabulary is quite difficult. This is a learning tool for someone who is a more advanced language learner than I am. If you don't have a baseline of grammar rules and the writing system Influent will be incredibly inefficient. If you do not have this baseline go put your head in a book and come back later.

Frankly even if I did have a strong enough baseline to use Influent ideally I wouldn't use it that much. Influent is a very basic game that I didn't find fun. If I gave one of my students an hour to play this game I'm sure they would become bored with it. And as an adult I find it inefficient to learn vocabulary how the game teaches it to you. I've played and reviewed the game "Learn Japanese to Survive! Katakana Wars". While that game was incredibly inefficient as a language learning tool it was fun. The point of the game is to make it so that learning the language is enjoyable so you are more likely to improve your language skills. If you are disciplined enough  to sit through this game and drill your vocabulary for hours then you are disciplined enough to do it through more efficient means. 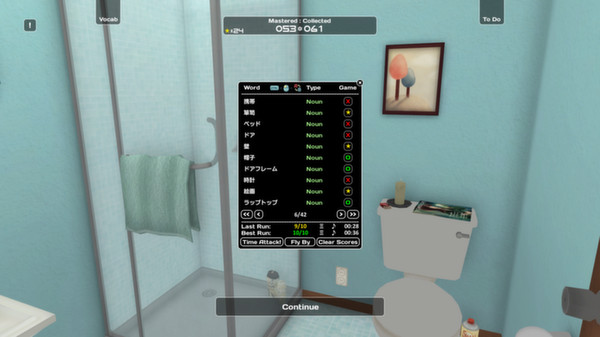 The story of Influent is extremely childish and it reminds me of an elementary spanish textbook. When you play something like this the only motivation cannot be an urge to learn. Otherwise there are other more efficient ways to build your vocabulary in a foreign language. To give incentive an educational game either has to have good, engaging gameplay, or a good engaging story.

In Influent a rival has stolen your invention. And to prove the efficacy of your new and improved invention you have to teach yourself a foreign language using it. When playing through this game I did not care in the slightest about proving the effectiveness of the protagonists' invention.

The story is a complete afterthought. No creativity or thought was put into it. I remember playing Reader Rabbit games that had more inspiration than this. The complete lack of effort in creating an entertaining premise  is apparent. Frankly I would have preferred a completely absent story than this.


Influent is good for building your vocabulary. I probably will use it to test and increase my knowledge of Mandarin Chinese. As a learning tool Influent did its job. However as a game Influent is a complete and total failure. The entire idea is to create a way of learning another language that is fun. Creating a way of building vocabulary is nothing to be proud of. There are many methods for doing this that are probably more efficient.

The problem is that this game is not fun or engaging in any way whatsoever. The game-play is stale and the story is a complete joke. Influent boasts of being a revolutionary new way to learn a language. And when I tested it out for myself I found that there was nothing to boast about. Influent is an interesting idea. I love the idea of creating a game to help increase language skills. However the game created isn't good enough for me to recommend to anyone. If you're interested you could always pick it up on sale!

support many languages is very helpfull thanks to developers

not my type of game

I'm suprised. Not because of how good the article was, but because of how interesting you made the game seem, I problably wouldn't have been interested in this game on Steam if it popped up in my queue! For that, I give you 4 stars, and 1 bonus star for humor, making a total of 5 stars :)