After playing Worms WMD and other Worms games, I wanted a relatively similar game that would be at a good price point, good co-op capabilities, and one that would be addicting, so then I stumbled upon this tactical tank strategy game.
What makes the game so unique is the choice of weaponry and graphics.

In my opinion, I believe this game has a good run so far, start to finish.

I tried a few 1v1 battles with my friend, as the whole process to win is interesting.

Experiencing each map, the terrain will obviously predict who wins.

Sometimes it comes down to who can get less obstacles in the way.

This game is particularly focused on tanks and terrain. It was released March 11, 2015. This game is also available on many platforms. The developer is KChamp Games, which is not known for many games other than ShellShock live. They do, however, have a release of ShellShock live 2!
This strategy and multiplayer game is fun either way, multiplayer or single player, you will still enjoy the game. Competing with the Worms series games, as mentioned above, can be a hard choice before buying this game. It would be wise to read different reviews to see which one fits your play style. 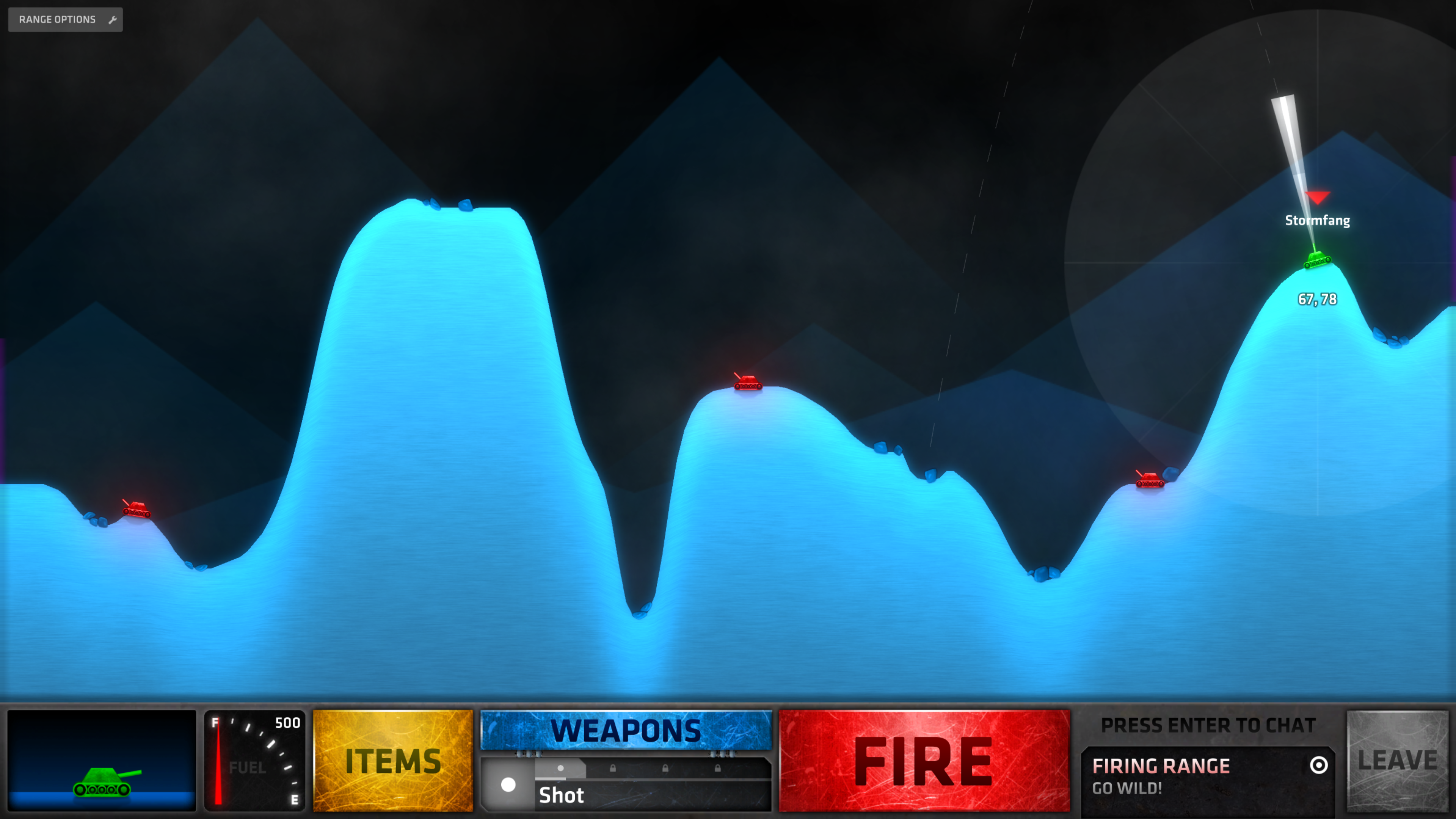 There can be shields or black holes, so be careful for those.

Now, you may have noticed the fuel gauge in the corner. There is fuel in this game, so tread across the map strategically.

Items are limited as you earn or buy them. (The yellow or gold button shows your items.)

I enjoyed the different weapons to experiment with. Especially when I'm battling a friend in 1v1.
The campaign is amazing as well. Plenty of levels of a easy tutorial
will help before getting in the battle. My experience with the tutorial was great as it is straight forward and tells you everything to win.

Unlike some games, this game doesn't have a battle pass or DLC or even purchasable items!
I believe sometimes a game can have those features added to it, but some games just should not have these features.
I give them credit for not incorporating these features into a small sized game like this. It just wouldn't make sense to have DLC in a strategy game like ShellShock Live.


Furthermore, this game is terrific and amazing, with its few flaws.
I would like to see different or more game modes added to this game. They could add, for example, is a different view like 1st person or 3rd person view.
I always wanted to see a game like this with abilities to change from 3rd person to 1st person, and be a 3D game.
2D is great, but why not both.
Other than that, the game is perfection with very little bugs and a great soundtrack.

The multiplayer aspect of this game is great and can be difficult as the levels of enemy players reach a certain point. One enemy player I battled was level 88! 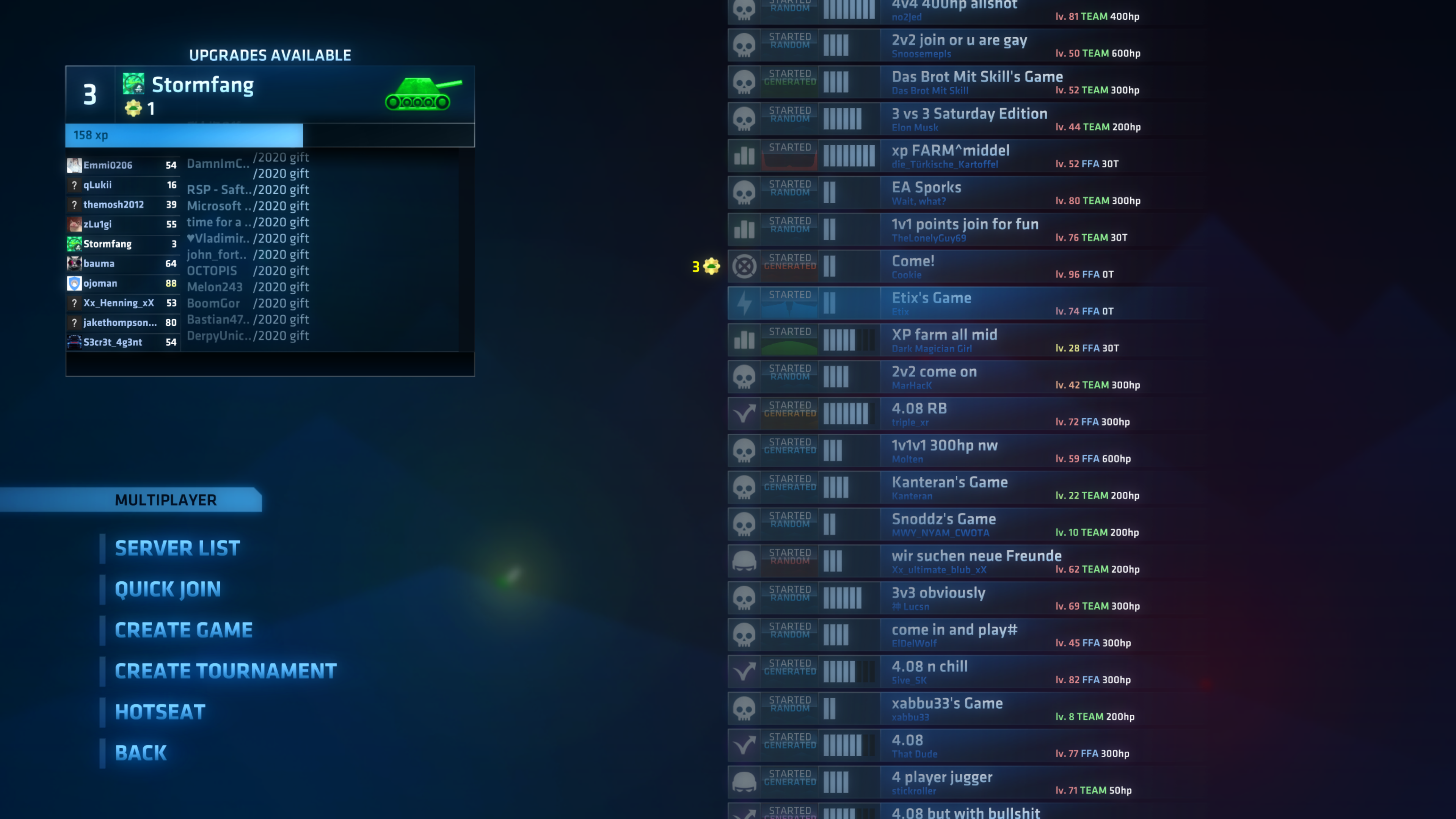 FINAL THOUGHTS
Great price will always lure people into a game, but may not always satisfy the customer.
But for this game you get a fun co-op experience.
If they make another ShellShock live game, I would appreciate if the developers incorporated the 2D to 3D transformation.

Spams... Guys... Think of smth, don't hope to get unnoticed and try exp-ing!