In this article, I will guide you throughout the different mechanics of War Thunder to help make the most out of your time playing the game.

So what is War Thunder? 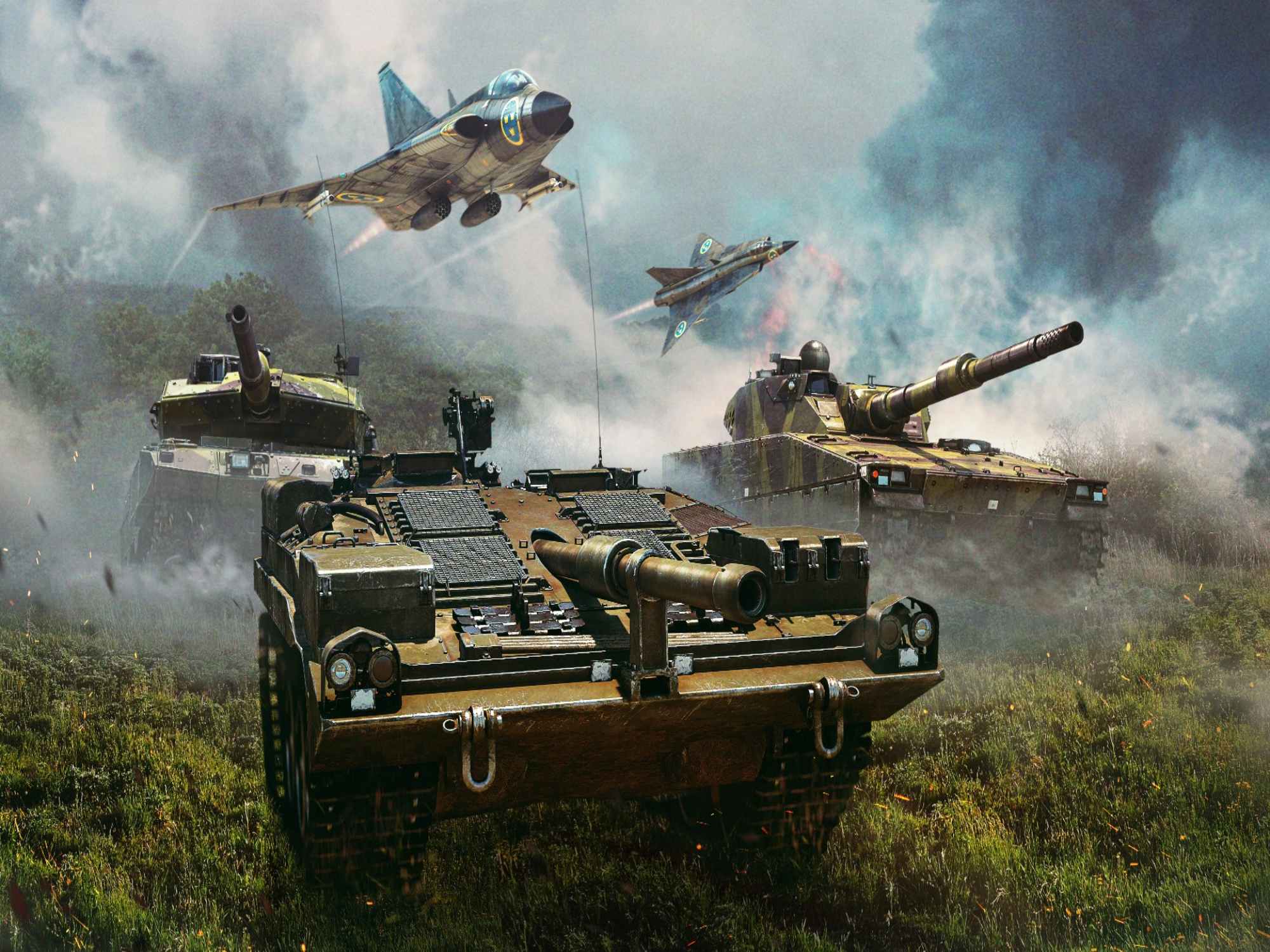 Gaijin Entertainment introduced the popular free-to-play game, "War Thunder" back in January of 2013. War Thunder is a game with realistic combat mechanics, based on the events that took place in World War II (1939-45). In this game, you take control of combat vehicles which can range from tanks to planes, or even ships.

In War Thunder, you have three vehicles you can take control of. These are:


In War Thunder, you control a vehicle where your aim, timing, and accuracy are especially important. You control a circle (which is where you are aiming) and the crosshair,"+" is where the vehicle is aiming. If you want to shoot accurately, the direction your vehicle is aiming should be the same as where you (the player) is aiming. In other words, the "+" shape should be inside the circle. When you aim at someone, the crosshair will be a different color depending on where you aim. When the crosshair is green, you are fine to shoot; it will penetrate enemy tanks 100% of the time. If it is yellow, it has a chance to penetrate the vehicle. If it is red, it will not do damage. Also, aiming for the crew directly will kill the tank instantly. The crew can be found in different parts of the vehicle, where some of the crew is inside the tank, while the others may be outside or in the open (Make sure to look out for these vulnerabilities). In this game, your aim and precision will not be perfect; You are trying to minimize the chance where something goes wrong. 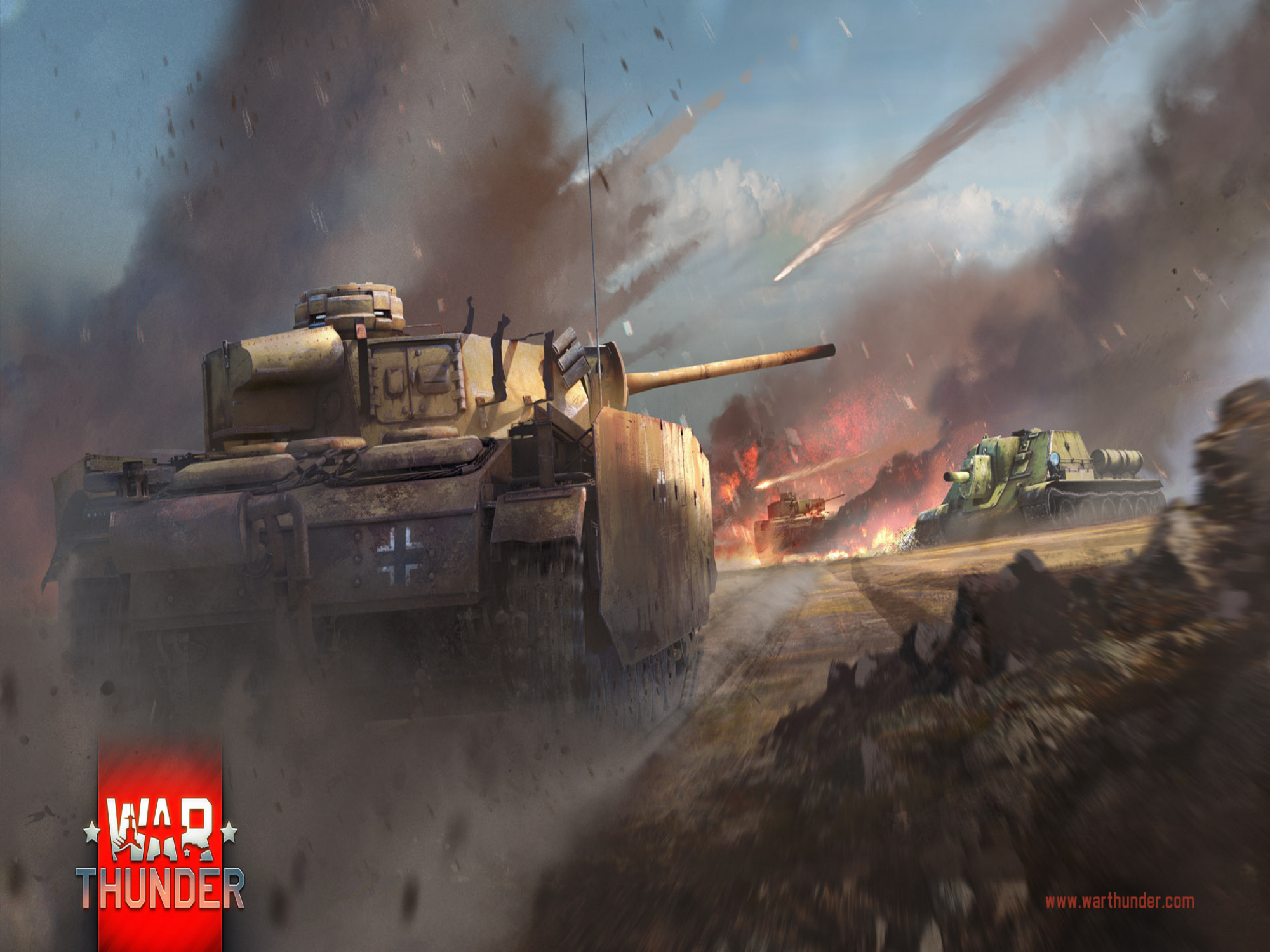 A typical tank shown above.

Tanks are ground-based vehicles that are able to take and dish out damage. Tanks are a substantial part of the game, being one of the main forms of combat. Tanks are generally slower due to their bulky size, making it difficult to flee if need-be. Tanks in War Thunder have two main attacks. The first one being a left click attack, firing a projectile that is able to penetrate enemy armor if positioned properly. Pressing the spacebar fires a secondary projectile that shoots significantly faster, dealing less damage with less potential to penetrate enemy tanks.

Note: Despite your aim controlling the circle, the "+" is where you will be shooting. You must wait for the crosshair to be inside the circle to fire an accurate shot. As well as this, the tank's slow speed can make it hard to travel uphill. 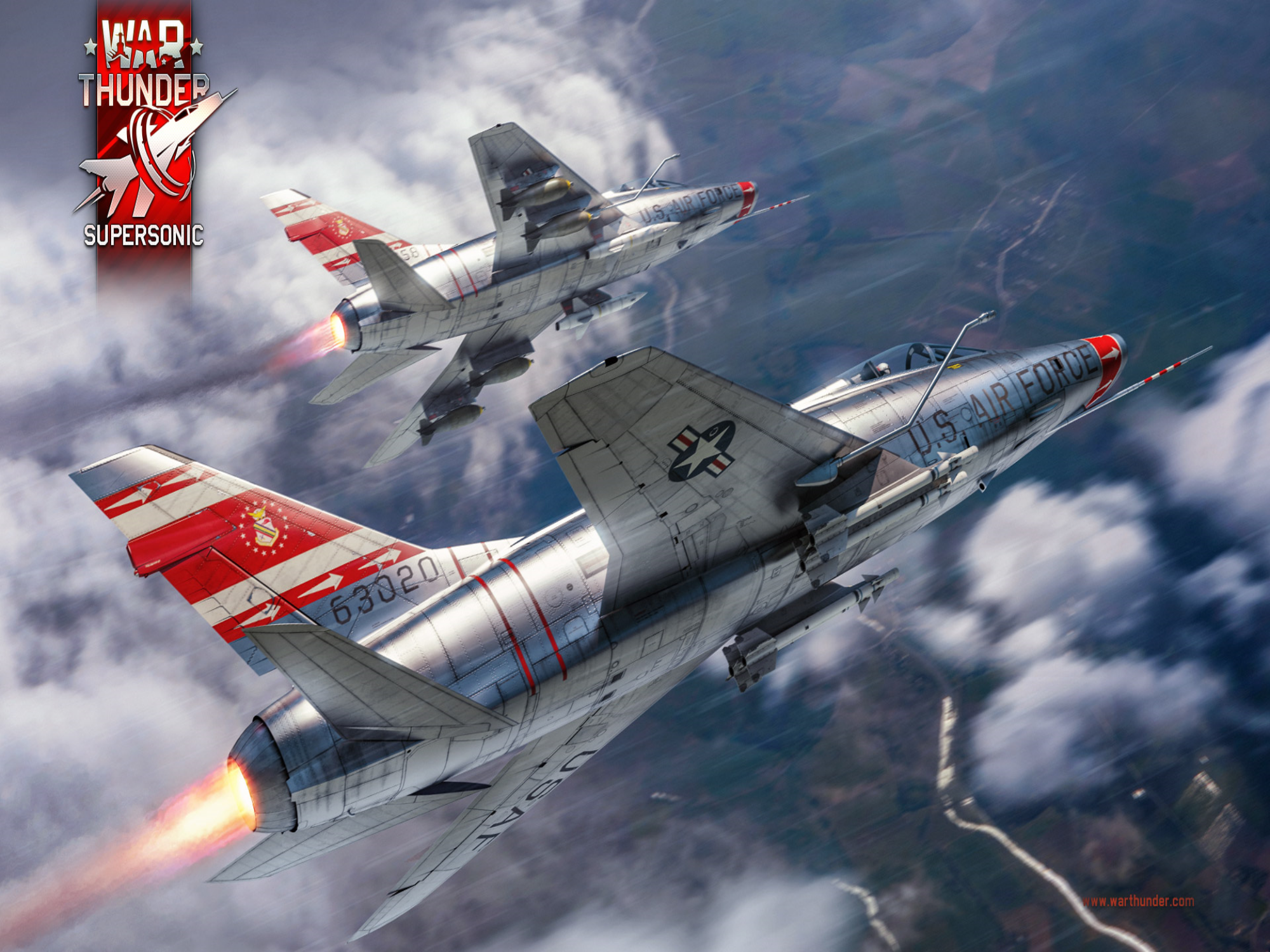 A plane shown above.

Planes are present in multiple areas of the game, making it a tactical essential where Tank vs Tank isn't always the best way to approach an encounter. Planes can appear in airstrikes in Arcade/Realistic Battles, as well as a separate gamemode for plane vs plane. Planes in airstrikes can appear in different forms. Below are various planes:

After firing a plane for an extended period of time, the guns will become jammed and you will be forced to wait out a few seconds to be able to shoot again. Doing bursts of fire is suggested with planes to mitigate the cooldown. Also, when a plane crashes, it deals damage to nearby enemy tanks and sets them ablaze. 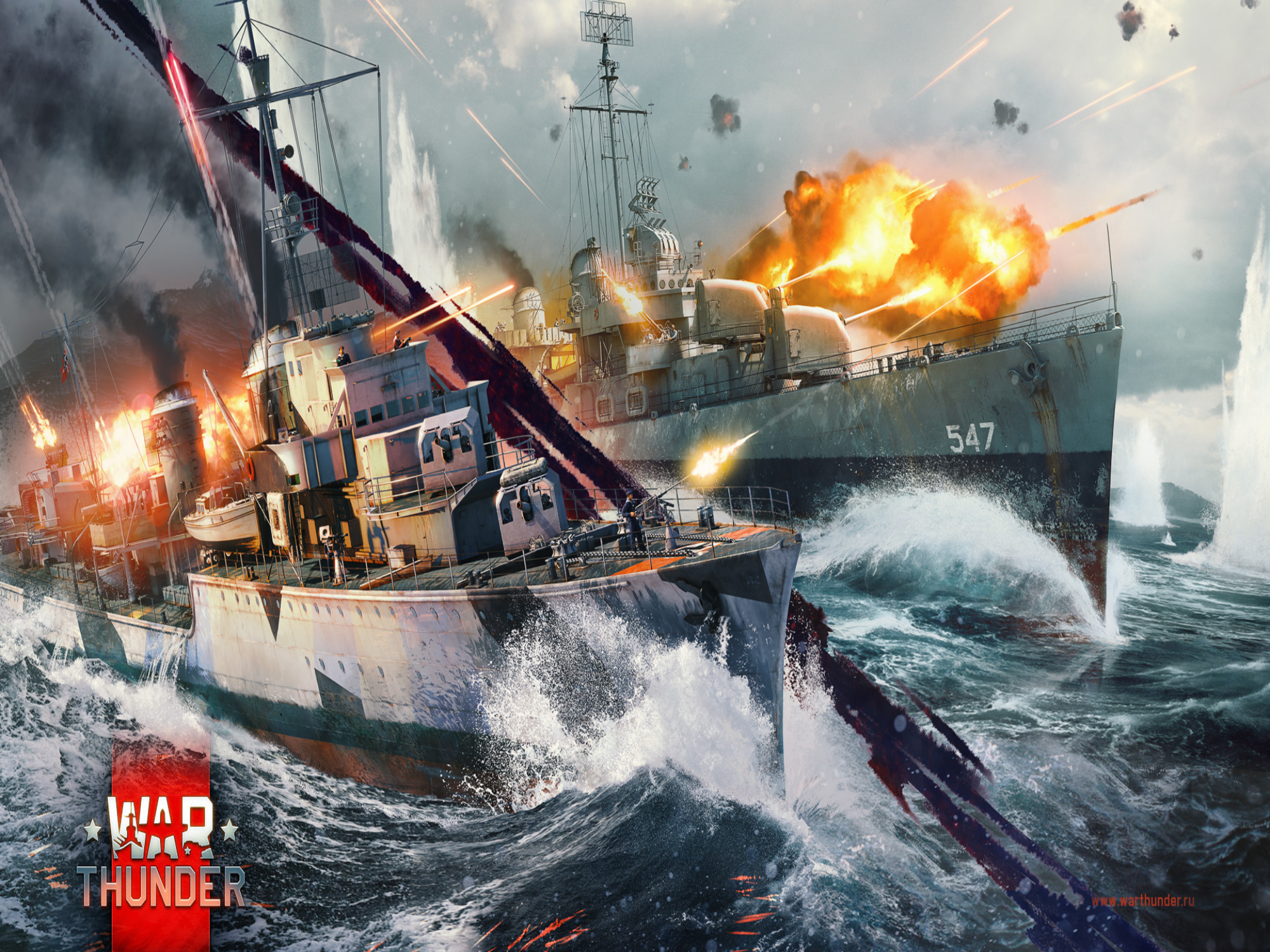 A ship shown above

Ships are water-based vehicles that can maneuver swiftly in water. Ships have strong firepower, but are vulnerable to attacks aimed at the back of the ship, where it is the least protected. When engaging in naval combat, try not to expose the back of the ship for extended periods of time. These are essentially the "glass cannons" of the game, being able to dish out significant amounts of damage, but are taking out quickly.


The research aspect of the game always keeps more than one thing to keep your mind focused on when playing War Thunder. As well as the combat, researching is a fundamental part of the game to upgrade your vehicles to make them more powerful. In the game, you are free to choose which vehicle to upgrade, based on your playstyle. Each tier of research introduces new vehicles, more powerful than its dependencies which you can create to help aid you in your battles. You can also research individual parts of a vehicle to further power them up. 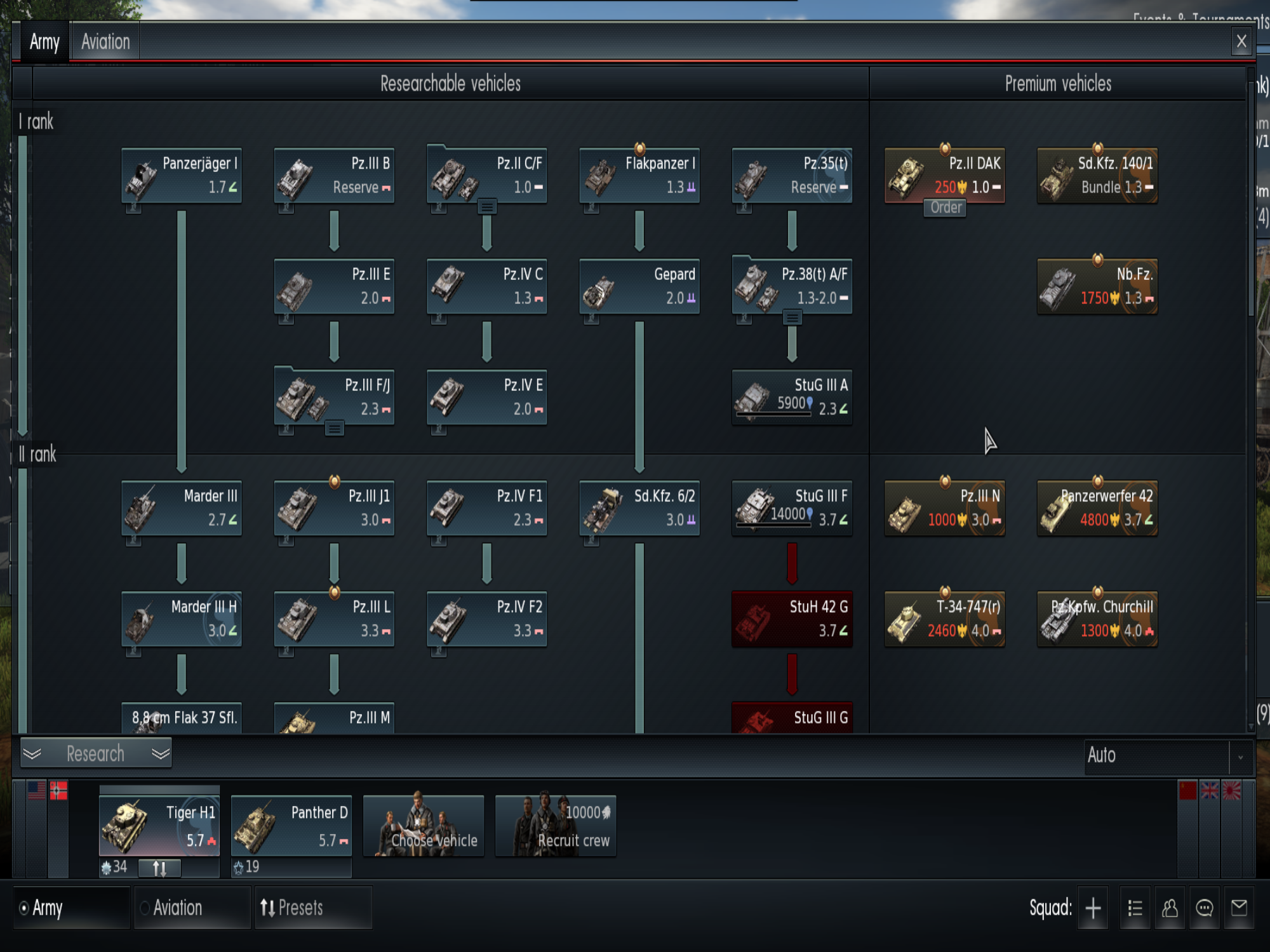 When you start up the game, you are offered a selection of different countries. Each country has its own set of vehicles and their separate advantages.
For instance, Germany has powerful 20mm and 30mm guns, while the US maintains a high speed/good energy regeneration.


In War Thunder, there are two types of currency. There are silver lions, obtained from just playing, and golden eagles, a premium currency that is bought. Silver lions is used for most things like crew management or research, while golden eagles are used for the extras like premium tanks and speedups. While golden eagles aren't necessary, they make the game much more fast-paced and many people find this enjoyable.

this game available in steam war thunder is best for aircraft's only .

it is wat it isss! the best game!

This looks really cool. Totally would give a good rating as it explains everything so clearly.

I really recommend this game

NICE JOB I NEVER HEARD OF THIS GAME

war thunder is best for aircraft's only .

this game available in steam

Good article.The pictures arent bad the text is well done over all great.I wish i could play the game but i have a low end pc so i will always dream :L