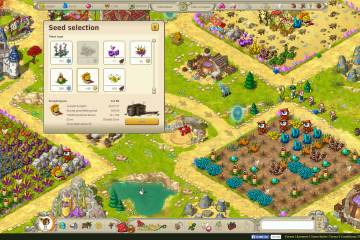 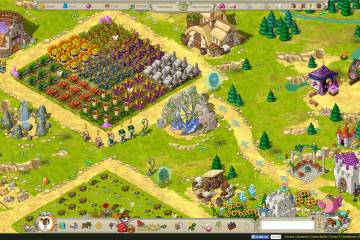 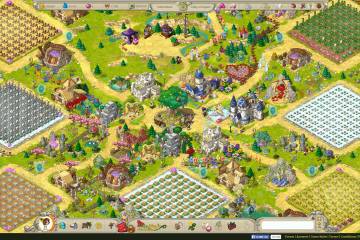 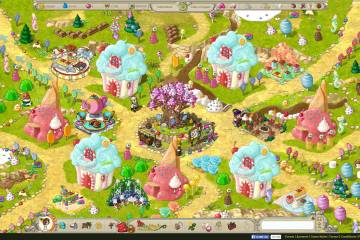 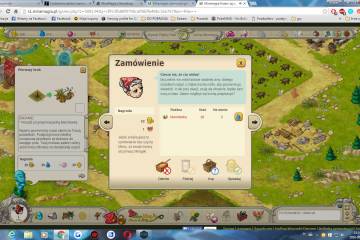 Knowing the creators of MiraMagia, it is easy to believe that this game will be another hit. The studio, that gave us the game "Traviana", here presents to us a farm game, set in a magical world full of fantastic plants and creatures. We have four classes to choose from: the Mage(Magess), the Shaman, the Druid(Druidess) and the Sorcerer(Sorceress), all in two gender variants. The choice does not have much impact on the gameplay, even the development of the characters has the particular options for each class. There are over 200 achievements to unlock. The higher our rank becomes, the higher prices for our goods we will be able to gain in the market. Interface is very extensive, but in there is a gin that helps us to get to know the game well, explaining all the basics of functionality while assigning the new tasks for us.

The game strongly resembles other well-known titles of this type, such as Farmville or Goodtime Big Farm, but its embedding in the fantasy world adds a breath of freshness, involving us in the farm lifestyle. The world of the game is widely expanded, our tasks do not end only on our farm or village. We can teleport ourselves to many other places to develop our garden and character. Moreover, MiraMagia is primarily a social platform. The pillar of the game is a communication between players and a well developed economy. That's why a tactical sense may be useful.

For all who would like to feel like a famous Daenerys, in addition to cultivating colorful plants and learning powerful spells, there is a dragon's egg awaits us on the farm, which in return will help us to remove obstacles from our fields.

Anyway ... who would not want his own dragon, even if he would be of no use at all? Towards the end, the idea is so original and stable, that the game deserves great sympathy, not only because of the good reputation of his older sister.

Write on forum, help other users, create community to get experience.

When we see the popularity of World of Tanks, we should certainly consider whether games with similar themes and mechanics can stand a chance against the famous publisher. Well, they can. And not only stand a chance, because this game named “War Thunder” beats WoT in many ways.In the beginning, we can select the type of unit. In...

Harvest Land is a farm simulator settled in slavic theme and culture with a pleasant musical accompaniment and candy-like graphic.Great men and their wives went on a long adventure in the hope of finding a new home. They arrived on native lands on a large island, where there's a place for fruit trees and large fields.The Slavs a...

We currently don't have any rewards for MiraMagia. Check out our other rewards!
Exchange
132

playing it would give me experience and soul gem?

i dk about this game because I never played this game

We currently don't have any rewards for MiraMagia. Check out our other rewards!
Exchange
132

Write on forum, help other users, create community to get experience.

playing it would give me experience and soul gem?

i dk about this game because I never played this game