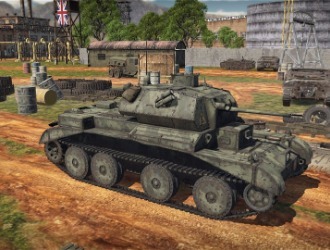 War Thunder is a game of the Russian studio Gaijin Entertainment. This is a multiplayer game released in the f2p model. It allows you to take part in historical clashes from the period of World War II and the Korean War. A special feature of the title is the possibility of participating in combined matches, where pilots, tankers and sailors can fight on one battlefield.

The A13 Mk II 1939 is a British pursuit tank from the period of the Second World War. Compared to its predecessors, it has been equipped with a complete additional armor. Used in France in 1940 and at the beginning of the war in North Africa, not long before his withdrawal from service.

The prize you can see here is exactly this tank, available only on Gamehag.

Exchange your Soul Gems for the A13 Mk II now!