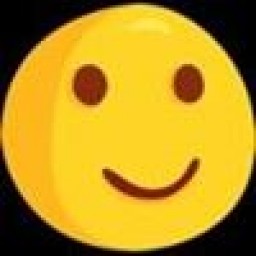 A user and berroni are friends now

Skins, also referred to as finishes, are a new feature in Counter-Strike: Global Offensive, introduced in the Arms Deal update. They are weapons with different textures that can be equipped in-game. They are entirely cosmetic, holding no gameplay function. To acquire a skin, one must either: Earn them through random drops by playing in online community and official servers. "Uncrate" them from opening weapon and promotional containers. Trade 10 skins for one of a higher rarity with a Trade Up Contract. Trading with other players. Buying skins from the Steam Market is considered a trade. Also, some variants include a StatTrak™ device, a counter that shows the total amount of kills acquired with the weapon by the current owner. Pressing the inspect key [F] (default) will allow the player to 'inspect' the gun in greater detail and give a better view of the StatTrak™ counter. The player character will turn and inspect both sides of the gun before returning to normal aiming. The inspection can be canceled by reloading, shooting, or switching the weapon. Skin Randomization: Some mechanics were introduced to make sure that every skin in the game is unique. Exterior Quality: A random exterior quality is chosen when a weapon skin is dropped, uncrated or received from a Trade Up Contract. The exterior quality simulates randomized wear and tear on the skin. The rarity of the exterior quality is based on a bell curve for most weapons, with extreme Factory New and extreme Battle-Scarred being the rarest. The wear quality is represented by a float value in game data. The closer it is to 0, the higher its quality is. The closer it is to 1, the lower its quality is. Different finish styles have different effects for lower weapon quality. A weapon's exterior quality will not degrade over time and can never be changed. The exterior quality hierarchy is the following, from best to worst: _Factory New (FN) _Minimal Wear (MW) _Field-Tested (FT) _Well-Worn (WW) _Battle-Scarred (BS) Randomization: Based on the finish style used, the same skin may have different looks due to variations with texture offset and displacement.

He took part in a giveaway Terra Lander

He took part in a giveaway Data Hacker: Initiation on Steam

Remember that you need to enter the game through the Steam!Are you up to a fierce competition, destruction, speed and action? All of these are available now in the post apocalyptic world of Heavy Metal Machines!The classic gameplay mode consists of several rounds in which you have to deliver the bomb to the enemy's base in ...

Join Gods Origin Online now and take part of the epic clash against the forces of evil in order to defend the Goddess of Time who brought you to this world.  Fight as a Magician or a Warrior, select your hero's gender and dive into this fantastic world of eternal magic. But choose wisely! The two classes have different skills, s...