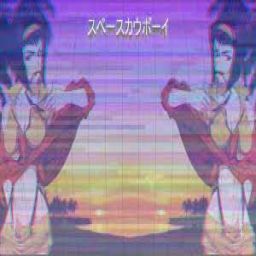 A user and Primo_live are friends now

A user and najeb_lacsasa_ayunan are friends now

I love playing Clash Royale. It's like one of my favourite games ever made, and i've been reading these for a long time. They are really profesionally made article series about the game. You should definitely check this.

Metin2 is a fantasy MMORPG developed by Ymir Entertainment and originally released in Korea in 2004. The world is joined as one continent where three factions war for supremacy. Choose from one of five classes and swear your alliegence to one of the three nations, fighting other players for control of the sprawling landscape. Each class, minus the Lycan, can specialize in one of two subclasses, further refining your play style. Engage enemy player in open world PvP, challenge friends to a duel, or choose to display your willingness to fight to anyone in the world. A dynamic combat system lets players choose between a traditional mouse configuration or actively take part in combat by moving around enemies, actively controlling attacks.

Five classes - players can choose between Warrior, Shaman, Ninja, Sura, or Lycan and specialize in a subclass.
Numerous PvP Options - fight for your kingdom by beating rival nation’s players, participate in duels, or roam the world and fight any challenger.
Low System Requirements - Metin2 should run on any modern computer, making it accessible to a wide audience around the world.
Dynamic Fighting System - Engage enemies using traditional point-and-click attacks or actively participate in combat using a hack and slash system.
Grind To The Top - leveling captures the old school grind of classic games; kill endless mobs to level.

Does some one else think its a good game? I play in this game more than 4 years from the time he was share first at google play i loved it so much this is good game so much i love it more than anythin

Metin 2 is a quite popular example of a free-to-play MMORPG game. We can choose between five different character classes: a Sura, a Shaman, a Warrior, a Ninja and a Lycan. Each of them is characterized by his own gameplay; however they’re doing very well in various combinations as a team. The Warrior, which is the epitome of gre...

For sure every fan of the Soul Calibur series will be extremely happy to see his favourite characters in this browser game, created by the studio Game Spirit. This free MMO RPG game is a new version of a well-known production. What character will you choose this time? You have a possibility to choose a hero ( Yun-Seong, Raphael,...