[I'm hating this 1500 character limit]
What’s up everyone? Ranzacado here with the 7th entry of my Ranzacking Reviews Series. Today we’ll be taking a look at “Prince of Persia: The Sands of Time”! And by that I mean the original game, not the ports nor the Disney movie (thank god). Before we go any further, here are some details:

The article will be split into sections: Gameplay, Controls, Graphics & Music and My Personal Thoughts. Without further ado, let’s parkour our way in!

[DISCLAIMER: The pictures used in this article are not owned nor created by me. Rights go to their respective authors.]

Developed by Ubisoft Montreal (..you know who they are) and launched on October 28th, 2003, Prince of Persia: The Sands of Time is an adventure platformer in third person filled to the brim with action, unique puzzles and tons of parkour. Tracing its origins  back to 1989, developed by Jordan Mechner and published by Brotherbund software (inspired by the book One Thousand and One Nights), this was one of the first (if not, the first) game to introduce the concept of rotoscoping to achieve realistic animations for runs, jumps and various stunts. The Prince of Persia series has been a staple for its incorporation of parkour throughout the games, and Sands of Time is the one that (in my opinion) revolutionized the genre of 3D platformers due to its dynamic way of navigation through stunts, which remain true to the original source.

In spite of being so revolutionary for its release, time (heh) hasn’t been really nice to the title. In this review, we’ll see how it holds up in this day and age and see if the game is still enjoyable as it was 16 years ago. 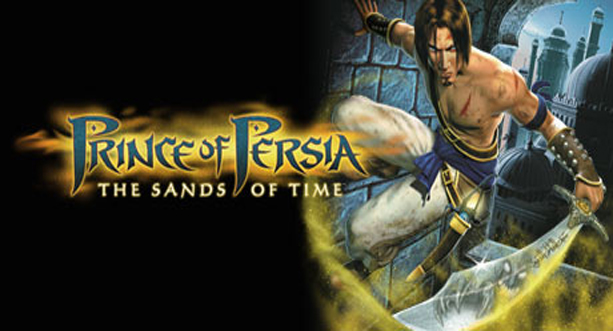 Just by the words “action-platformer”, you may as well know how this title plays out: you fight bad guys, head to another place, fight some more bad guys, so on and so forth. In that regard, this game stands out for its introduction of parkour elements on the platforming. That, and the inclusion of the “sands of time” mechanic: at any time, you can press a button to rewind time, consuming charges of sand depending on how long you pressed the button. This would be helpful on hard stunts where you failed time and time again, or hard fights against multiple enemies where you can’t risk losing much health. The game even gives you a small window for you to activate the sands before you’re shown the “Try again” screen.

The game has an interesting narrative that drives you through the linear progression of the story (there’s no open world here, just puzzles. Sorry): it is narrated by the Prince. Since it’s already his perspective, it’s interesting to hear the thoughts of the Prince whenever something interesting happened on-screen.

[ranzacado says: isn’t it fun driving the prince over a ledge just to hear him on the death screen saying “That’s not what happened; i didn’t fell!”? I find that hilarious.]

Adding up to the rewind mechanic of the sands, you’ll also unlock more powers that you can use during combat including slowing up time, freezing enemies and even freezing time itself. For this you have a secondary Power bar, and gaining additional Tanks unlock the abilities.

And let’s not forget that the parkour is one of the game’s most essential mechanics also, since it’s involved in almost all of the puzzles presented in the game. You can run and climb walls, grab onto ledges and grab onto posts to jump to wherever you need to. You’ll also find it pretty useful when fighting or fleeing the Sand Monsters you encounter.

To regenerate your resource bars, you can stab enemies with the dagger to defeat them (it’s the only way to defeat them), and to regain health you just have to.. drink water, yeah. You’ll also find Sand Pillars that act as save points, as well as showing you “glimpses of your future” that may include hazards, puzzles and plot points you’ll encounter in the following sections of the game.

[ranzacado says: Quick note; at some point in the game you’ll also unlock a “sidekick” that assists you during fights by firing arrows at enemies and knocking them back. You’ll also have to protect them, though, since they have an HP bar too.]

In terms of navigation, the game is pretty fluid during walks but falls pretty short when doing stunts. Since the controls are kinda clunky, you’ll find yourself falling into the abyss more than once just because you jumped in the wrong direction. Adding to this, the camera isn’t really forgiving. It didn’t happen to me at least, but I’ve heard the camera gets stuck in dumb places and, in some sections, the camera angle sometimes hides enemies behind obstacles, so you can’t see them when they’re about to strike. Sometimes the camera follows you, sometimes it looks like a Resident Evil-esque angle, so it’s kind of disorienting at times.

The inverse can be said for combat. Combat is one of the best aspects in terms of controls, giving you plenty of combinations to strike your enemies down. You can jump over them, roll around, give ‘em a swift strike, you decide. And the fact that the only way to defeat the monsters is to stab ‘em with the Dagger either when in combat or when they’re on the ground really gives it the combat even more dynamism.

Judging by that last picture, I’m guessing you’re already disgusted by the visuals of this game… And sincerely, I don’t blame you; it’s a PS2 era title, after all (and believe me, those are the graphics from the PC version; I think the console version is worse). Still, for it’s time, the game has some pretty good graphics actually. The characters are as expressive as you could get, water pretty fancy too, and the monster’s simpler geometry gave them a more fearsome appearance.

In terms of music, the soundtrack truly makes you feel as if you were in the middle of the desert, with nothing but sand [monsters] all around you. It gives an authentic Middle-East vibe, while also adding the chills that something is off.. something beyond your capabilities. My favorite piece is the fighting theme, since the electric guitar gives that extra ‘threat’ to the track.

And I gotta admit: the pre-rendered cutscenes are really pretty, even though the characters look nothing like the game and the animation’s kinda floppy, just like any other type of animated stuff back in the day. It’s just… The Prince looks better that way, not with that unnatural-looking chin, alright? 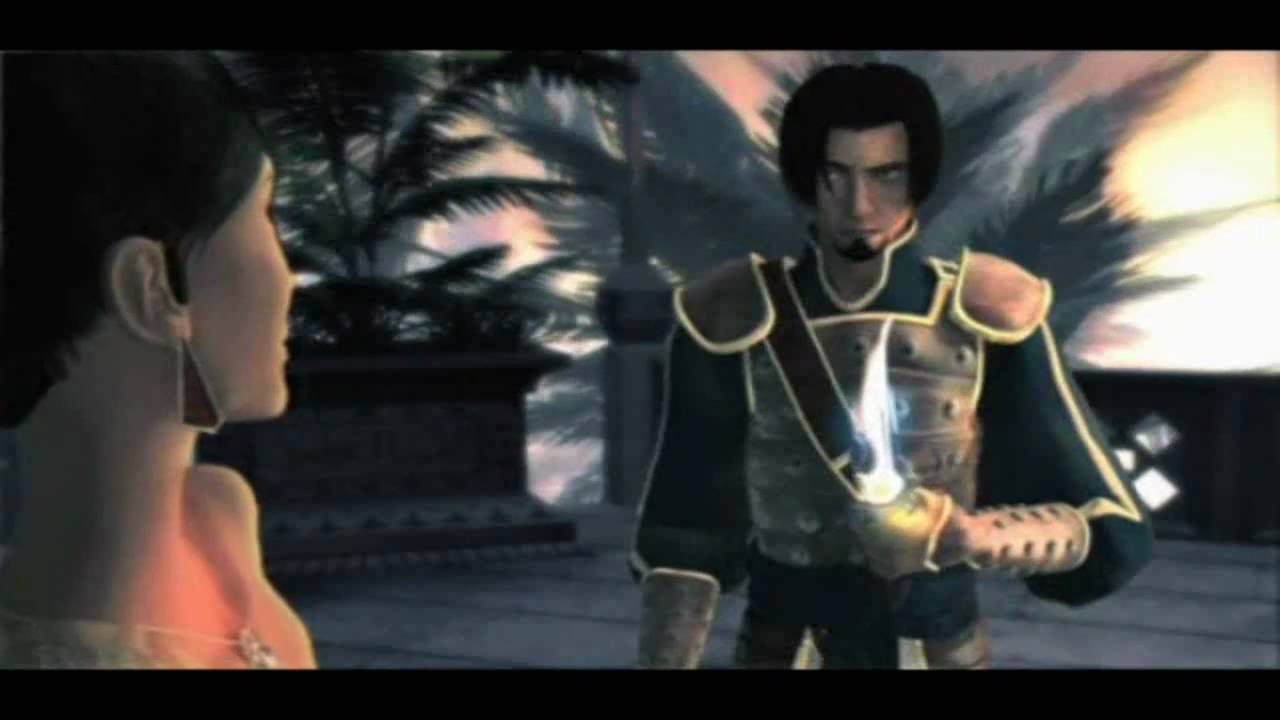 I played this one on its original PS2 port as a kid. Man, I was the only one I knew that got through the Moon Cylinders puzzle-thing, and when I knew it was gonna be given away by Ubisoft, I really got excited. And to my surprise, it wasn’t one of those “my memories of this game are fantastic, but the real game isn’t as good as I remembered”, no; I enjoyed replaying this game so much I even got 100% progress. I satisfied 9-year-old me doing that. This is one of my PS2-era favorite games to be honest.

Sadly, the game has pretty much zero replayability, so this isn’t one of those times where I close the article craving to play the game. So, let’s wrap it up:

And if you enjoyed this game, you’re welcome to play the rest of the Prince of Persia Series! I practically played this one and Two Thrones, but still I would love to play the entire series again.

This has been ranzacado, thanks for joining me on today’s article and hope I see you on the next article! 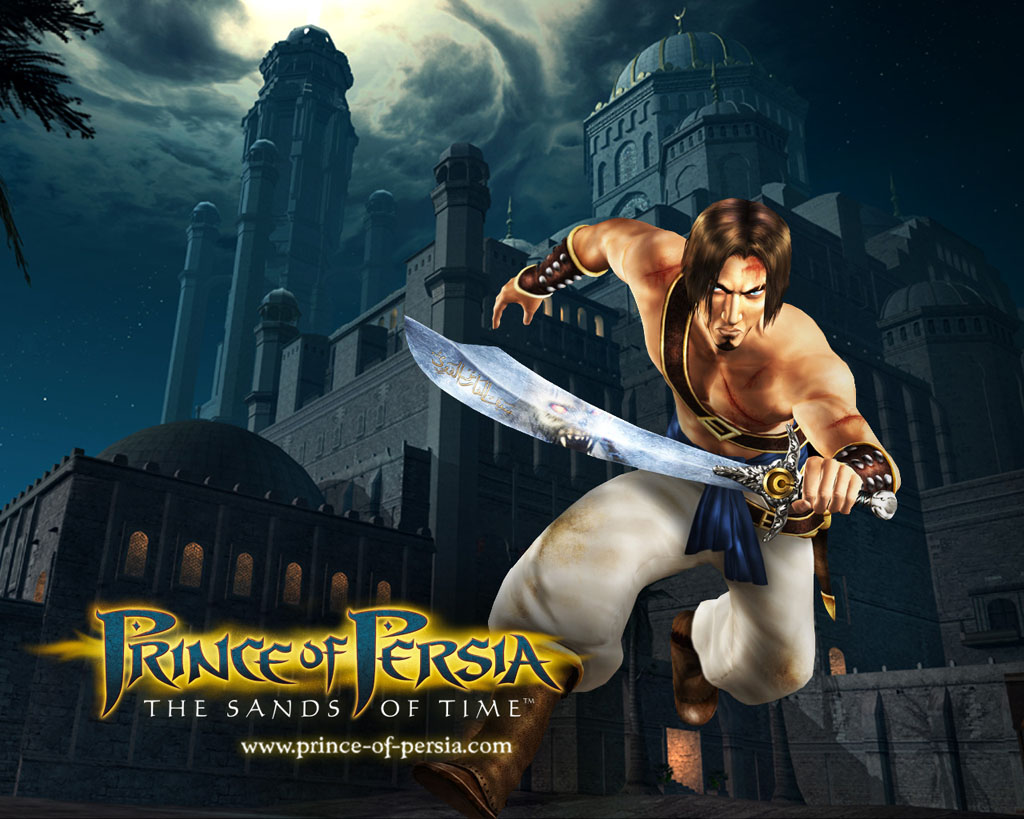 Check out my latest reviews!

this game brings back so mch memories. played the **** out of it and the series. pure nostalgia

Too bad this game is quite forgotten now ... it was really awesome in its own time. I especially loved the parkour elements in it.

i like this game but i can not find orginal version ,all russian edition ☹

Oh, I remember how I played this game for hours and it's never upset me. Great game, great gameplay, but most of all GODLY MUSIC.

i PoP fan playing all episode but PoP:warrior within to best!

Fan of the whole series..

wow its very good game and have a nice graphic I love this game.

"Ranzacking Reviews" cracked me up from the start. Well written article, although this game seems to be irrelevant as of today.