Welcome, everyone, to the 6th edition (!) of Ranzacking Reviews! As always, this is your host ranzacado. Sitting on the chair today we have “Monaco: What’s Yours Is Mine” or simply referred to as “Monaco”. This one’s fun, provided you have some friends to play it with. Even if you’re just playing it casually, you can have some fun doing shenanigans with up to 4 friends. Before I go any deeper, here are some details:

Like any other of my reviews, the article will be split into sections: Gameplay, Controls, Graphics & Music and My Personal Thoughts. Without further ado, let’s break into it!

[DISCLAIMER: The pictures used in this article are not owned nor created by me. Rights go to their respective authors.]

Developed and published by indie studio Pocketwatch Games (also known for their other renowned title Tooth & Tail) and released on Steam on April 24th, 2013, Monaco: What’s Yours Is Mine is a top-down, 4-player co-op, class based, stealth game (according to the Wiki, phew!). Sounds kinda daunting at first, but the game couldn’t be better if it wasn’t for it’s uniqueness. If you want some stealth action and perfection or doing dumb stuff with your friends, seeing who can pass those lasers over there, then you might enjoy this game. But, if you wanna know more about how it all works and looks, stay with me for a bit, alright? 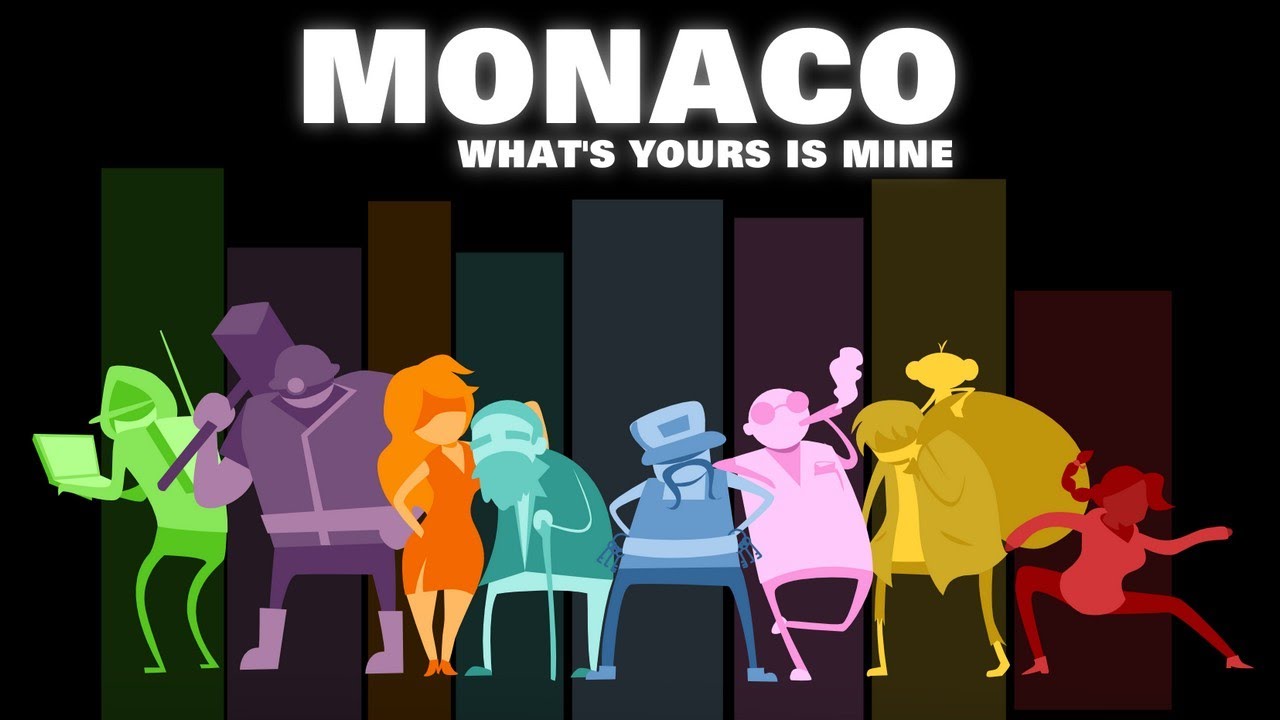 As I already described the game, even if it sounds kinda overboard, it’s really cohesive with all its features. Once you enter on a level, you’ll notice that it’s displayed as if it were the blueprints of the place (which is kinda creative thinking, if you ask me). First thing that’ll attract your attention are coins: those pesky little yellow diamonds are scattered all around the level. There are also cash stacks, which are also a bunch of coins (only harder to obtain, like safes and cash registers). Thankfully, you can see where there are still coins, and when you’ve picked up all the coins on a floor.

Next thing you’ll see are tools: they stand on one spot where you can pick them up or switch the one you’ve already equipped. These are usually weapons, such as guns or explosives, but there are also utilities, like EMPs, smoke grenades and trauma kits. Each player can pick up only one tool, and you can get more uses on a tool by picking up coins. And last but not least there are disguises. These make you indetectable in the eyes of guards and civilians, but not to cameras. These have charges a duration as well, that decays whenever you’re being seen, and can’t be recharged.

Now, there are many obstacles in the game and I’ve already mentioned some in the synopsis. Without going in too deep, there are guards, security cameras, locked doors and turrets…. but hey, you can hide on bushes, so that’s something less to worry about!

[ranzacado says: there’s one tool that’s a wrench; it completes actions instantly but it can also kill someone in one blow. Use it as you see fit!] 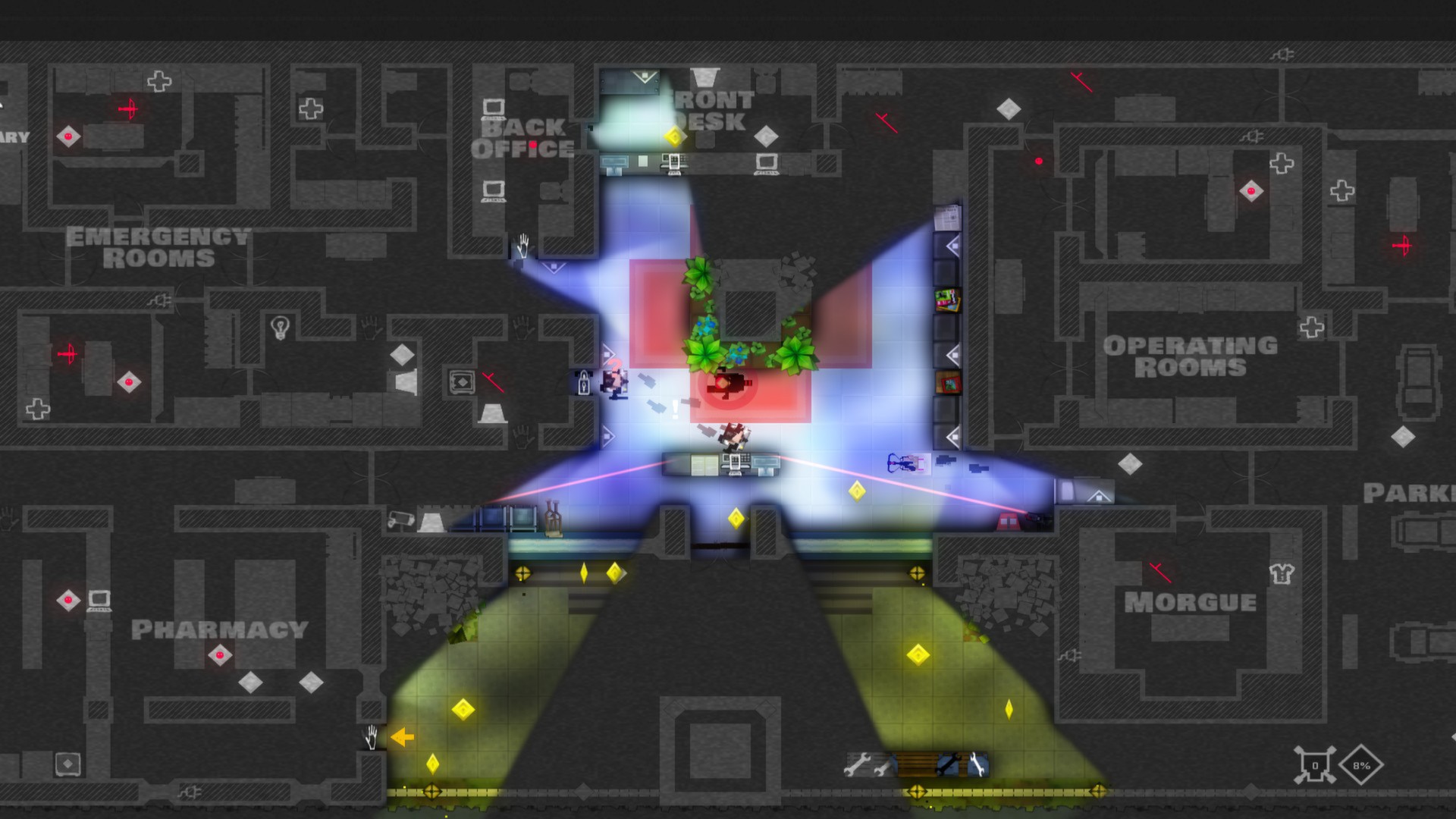 Speaking of actions, these vary from picking a lock, deactivating a camera or climbing a ladder. Some characters have a proficiency on doing a specific task. Speaking of characters, let’s describe the classes now! Just a quick disclaimer: there are 8 classes in total, but the other 4 are locked at the start. So, to make this article less lengthy, I’ll explain only the base 4. Here they are:

So, here’s the deal: you (and your mates) are gonna rob something important. You gotta enter the place, reach the objective, collect any coins on the road (although not essential), try to not get caught in the act, and then get outta there. “Get in, get out, get rich”, right? Well.. easier said than done. : from the start of the game you become pretty acquainted with the kind of obstacles you may find on your heists, but once you’re half into the first campaign (out of 4) the difficulty spike is really steep. But don’t let me discourage you, the game is legit really fun with friends, and a nice challenge when solo. 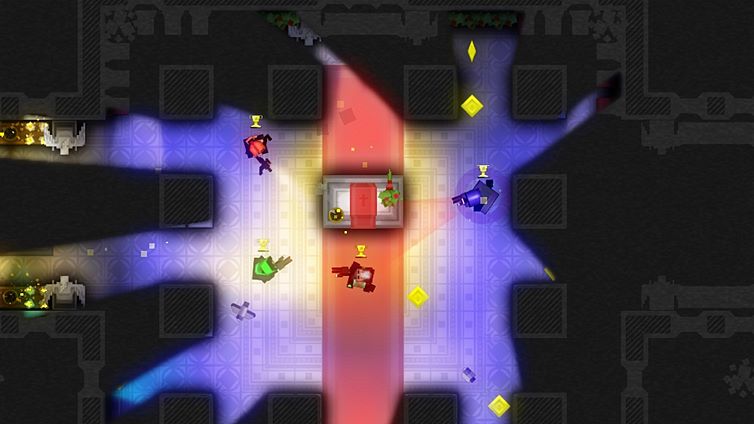 There’s also a PvP mode that pits you against your friends: the one who collects enough trophies and escapes the map, wins. Haven’t played it myself, although it gets introduced as the last chapter of the first campaign (don’t worry, that’s not much of  a spoiler).

It plays just as you expect a top-down shooter would play: you move with [W][A][S][D], and aim with the cursor. You sneak (walk slower or stick to walls) using [LShift] (you already run all the time), and use items with either the Spacebar or the Left mouse button.  You can also see some more details like your health, tool uses left, coins left in the floor and more by pressing [L Ctrl]. The game can also be played on controller but I haven’t tried that out.

In the first and second levels of the first campaign, you’re quickly shown the mechanics and controls of the game in a very intuitive way: printed on the floor. You can just look at it and it won’t break the flow of the game like a pop-up or a dialog, which is an appreciated detail.

In terms of graphics, the game has a very unique minimalistic approach. It feels almost retro, but it doesn’t look pixelated. Some critics even praised it’s visuals, saying that they suited the game’s atmosphere, and I couldn’t agree more. the animations are pretty smooth and the bright colors of each respective class pop out from the dark maps, so you can be seen easily by your colleagues. Each of the symbols used throughout the game and the UI are easily identifiable too, so it’s pretty intuitive in that sense.

Now, in terms of music and sound: the tracks for each stage really convey the atmosphere the characters are immersed into, almost as if you were the one in the game. The NPC dialogues are really clever too: you can identify each one of the guard types by not only their visuals, but their voices too. The amount of ambient sounds that this game has is outstanding, and the music goes hand in hand with the action shown on screen. My favorite track is the main menu one, since it gives you the feeling of hectic action from the get-go. Here’s a link to the full soundtrack if you wanna listen to it:

You can also purchase it on the game’s steam page.

For me, playing through the game on solo without much knowledge on the mechanics will get you to the half of the first campaign at most, since the spike in difficulty will hit you harder than a bullet train on a straight slope. On co-op, however, the fun is pretty much endless, you can group up and face it all together, or split up and die on every corner of the map. I played it with only one friend and we enjoyed the hell out of the game (although we couldn’t reach past the second campaign). I seriously recommend playing the game with friends more so than alone. Anyways, with nothing else to say, time to wrap it up!

Here’s the Steam page of the game for you to check it out: https://store.steampowered.com/app/113020/Monaco_Whats_Yours_Is_Mine/

And you can also support the studio by getting Tooth & Tail too! I haven’t tried it myself but it looks really promising, so I encourage you to check it out.

As always, this has been ranzacado, hope you enjoyed the reading, and see you on the next article! 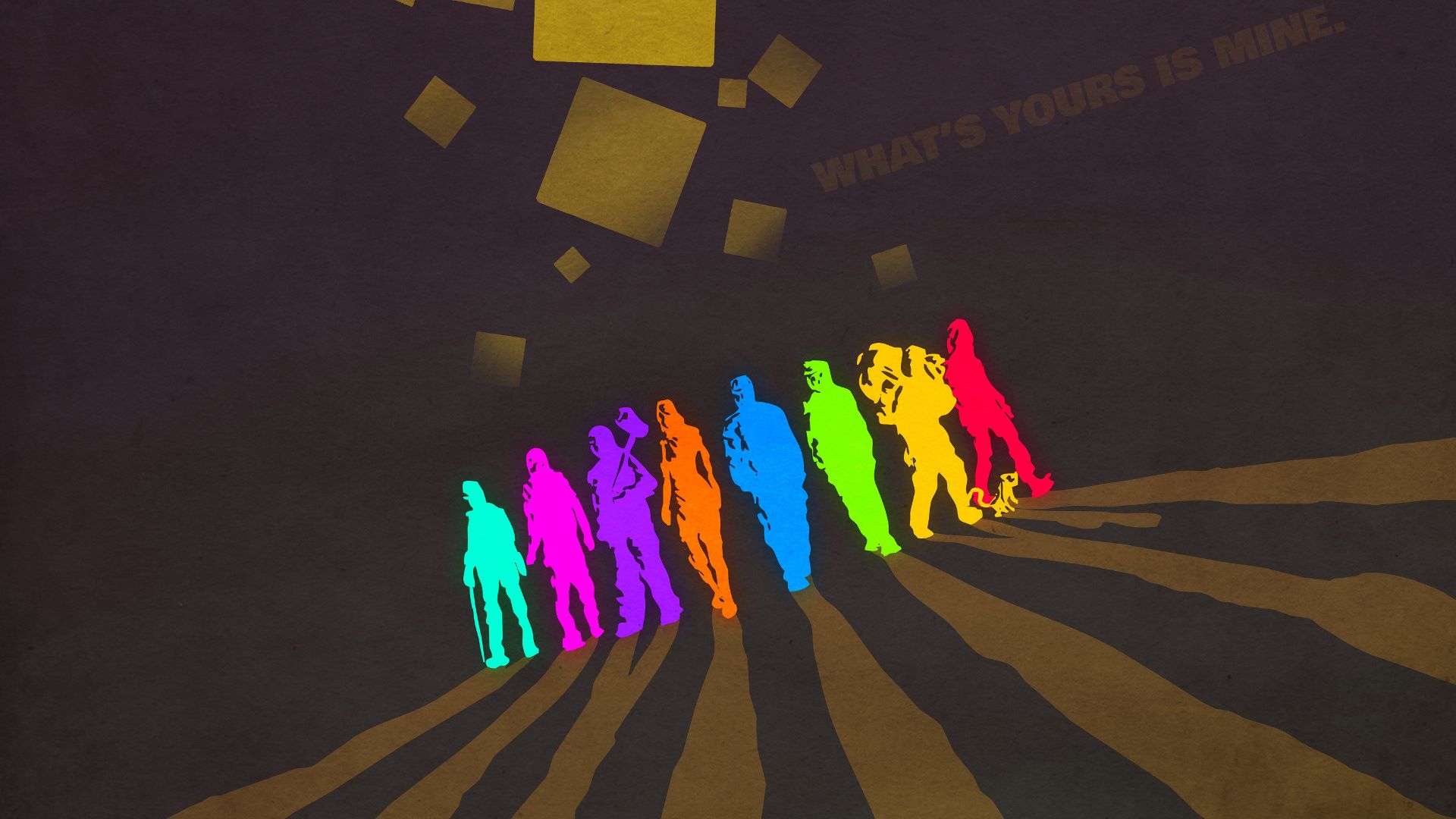 Check out my latest reviews!

good game in the history

It looks like a very old game...I personally not interested in such games..but the article was good.

this game was given in a giveaway, enjoyed playing it !

didn't heard about this but looks good

Wow this game is really good didnt expect that