What do we have here? Of course, the 5th entry of Ranzacking Reviews written by yours truly, ranzacado. Ranzacking Reviews is my on-going article series where I review some of my favorite games to see if anyone else would like to try them for themselves (if they haven’t already). The subject on today’s spotlight is “Sanctum 2”! One of my all-time favorites, whether alone or with company, I’ve seen a lot of people underappreciate this game, but when they try it out they love it. Before going deep into its unique charms, let’s run down some details:

Just as always, the article will be divided into Gameplay, Controls, Graphics & Music and My Personal Thoughts. You can read it or just look at the pictures, just gimme some feedback when you’re done, okay? Let’s go right into it!

Developed and published by Coffee Stain Studios (best known for titles like The Story of My Uncle and Goat Simulator) and released on Steam on May 15th, 2013 (phew, 5-6 years now?), Sanctum 2 is the sequel to Sanctum (duh) and somewhat of a big brother to Super Sanctum TD (it released shortly before it, it’s kind of like a ‘retro’ version of the game). As I said before, this game’s a hybrid of FPS and Tower Defense genres: you build your maze, and then shoot the enemies yourself along with your turrets. The concept may sound kinda dumb at first, but the execution is amazing and really fun. How about we check out the different aspects of the game?

It’s an FPS, it should be pretty straightforward, right? Well, you’re not wrong. The  gameplay is pretty easy at the start, but as you advance through the game it goes pretty challenging, forcing you to start paying attention to your loadout. And by loadout I mean the combination of your character, your 4 equipped turrets, your weapons and your 4 perks. The difference between classes is basically just like one perk, which I’ll explain in a moment. First I’ll go through the basics:

Once you’ve locked your loadout, you’ll start the stage. Each stage is divided in rounds (as per usual for a Tower Defense), in which each round is divided in two phases: building phase and attack phase. As you may have guessed, building phase is where you place your turrets (you’re given turret bases and resource points each round, and there’s a turret limit) and build your maze, with traps, auxiliary troops and all. Attack phase is when the enemies start coming, as is the run ‘n gunning. On each round there will be different kinds of enemies as well as bosses, all depending of the current round and stage. There are A LOT of enemies so I don’t think I’ll cover them now.

> ranzacado says:  One quick note about enemies: EVERY enemy has a weakspot, no matter how small. Some enemies can’t be damaged if they’re not hit on their weakspot. Aim true! 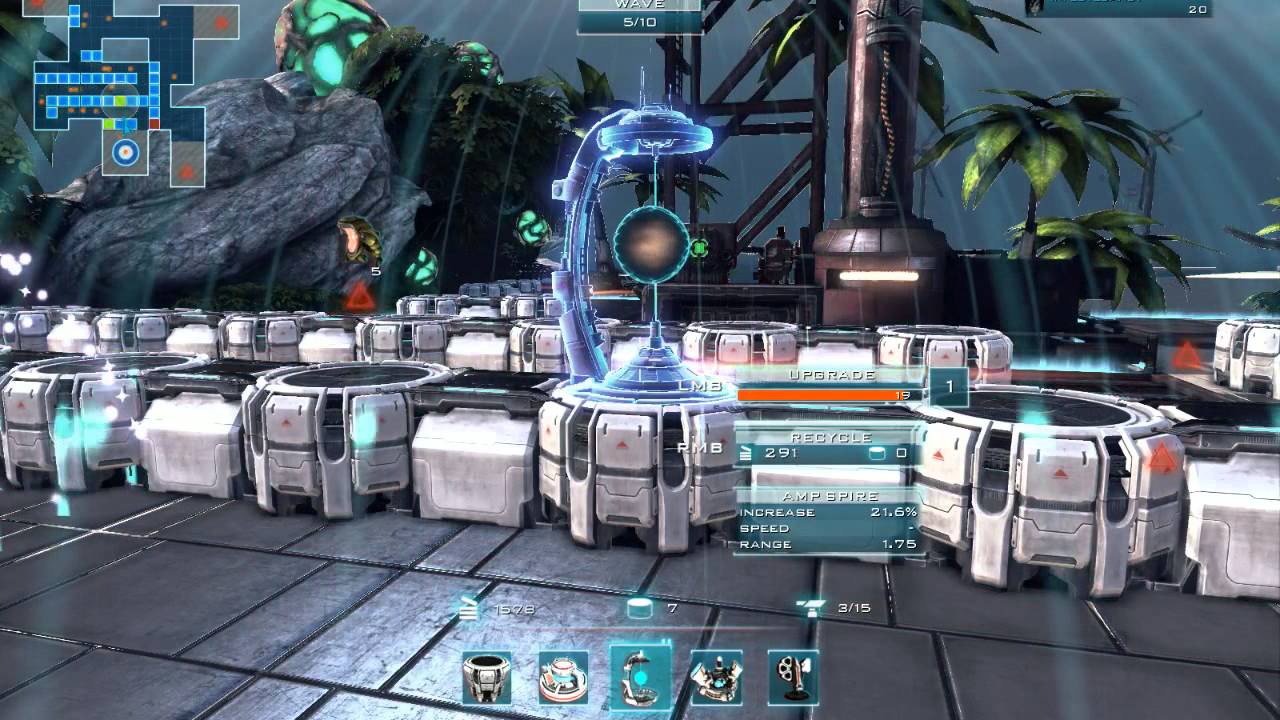 Weapons, perks and turrets are A LOT too: counting DLC content there’s over 16 weapons, 20 turrets and 63 perks (I think, idk, i counted them by hand from the wiki). What I will cover, though, is the classes: each character represents a different class, but you can equip them all with the same stuff, so don’t worry about that. Also, the primary weapon is locked until you hit level 40, so each one has a default primary weapon. There are 5 characters in the game, one being DLC:

Don’t you worry about the unique perks every character has, some of the unlockable perks give you other characters abilities (and other effects, if you stack ‘em). As I mentioned before, there’s A LOT of perks, turrets and weapons, so pick the ones you think will be better on each stage, according to your playstyle of course! Customization is one of the strongest aspects on this game. 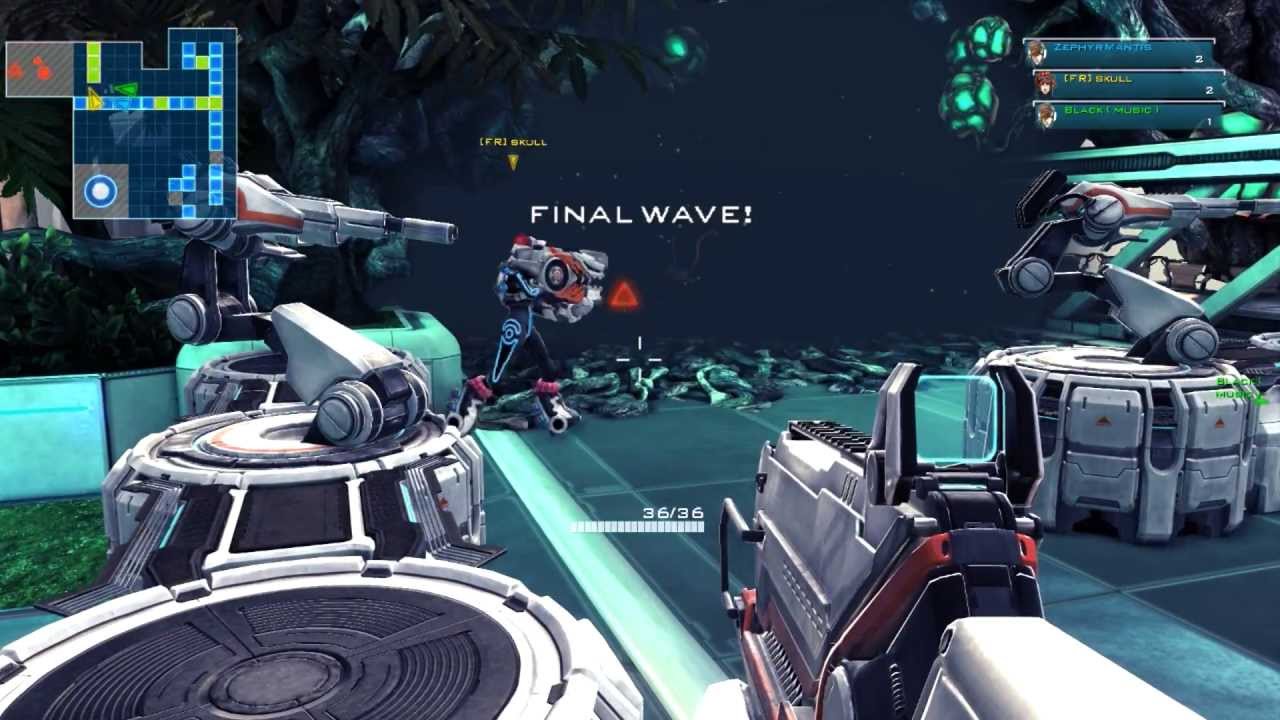 As I said before: it’s an FPS, it should be straight forward. Well, in terms of controls it is.. at least for keyboard & mouse. Use [W][A][S][D] to move, jump with Spacebar, run with [L Shift] and aim the Mouse. [R] to reload, and [F] to switch weapons. Here comes the tricky one: the mouse buttons both shoot; each weapon has a primary and secondary fire, for the left and right mouse button respectively, and the [L Ctrl] is for aiming. Gonna be honest here, who aims with Ctrl? Anyways, you can always remap ‘em tho.

The game also comes with controller support, with 4 different button layouts. Haven’t played it with a controller yet, gotta try it someday. 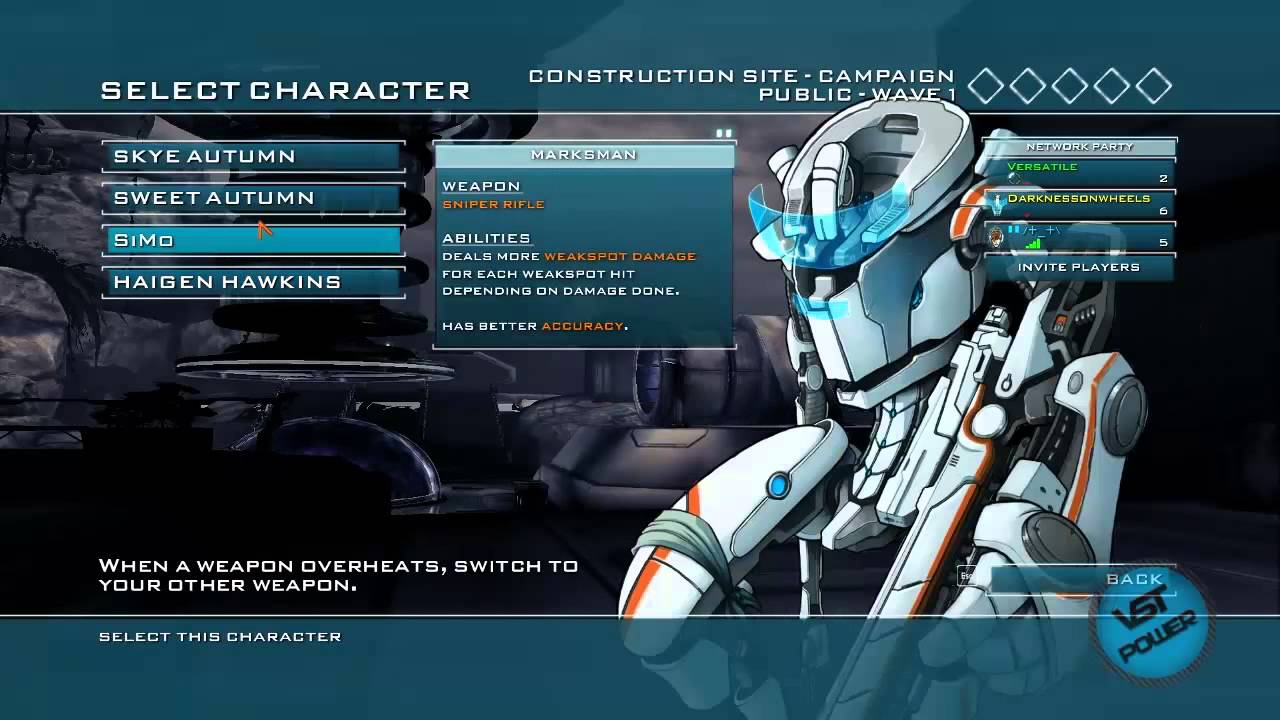 As expected for an Unreal Engine game, the graphics are pretty much customizable from Play-Doh to pretty awesome.. Or at least pretty decent for this game. The artstyle is pretty unique, to be fair: it’s kinda realistic, but cartoonish at the same time, so it ends up looking kinda weird. Still, the visuals are fitting for the grim atmosphere of the game, and the cold color palette make the black-ish purple Lumes to pop out, and their red bright weakspots even more.

Also, before each stage there’s a little comic cutscene that kind of explains the story, although you might want to investigate if you wanna know about the whole thing. 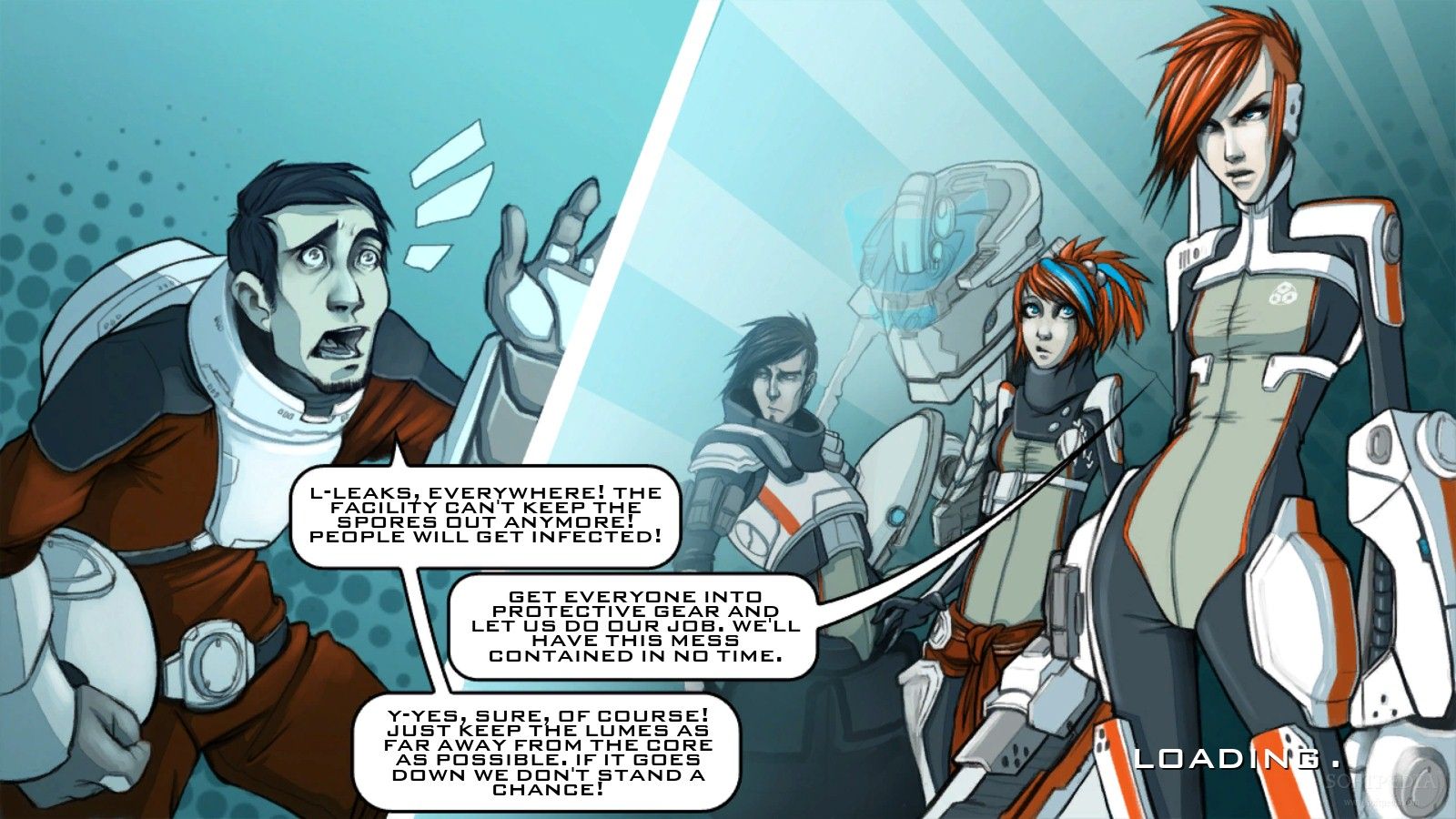 [ranzacado says: there’s a thing called the Elysian Archives, which was a website that gave more info on the backstory of the game. It’s available on the wiki]

Now, regarding the music: it’s pretty chill and enjoyable. When I bought it on Humble it came with the soundtrack, so I listen to it from time to time. It’s fitting for the game atmosphere, but it’s not very memorable. Although that may be ‘cause I haven’t played in some time. Here’s a playlist of the soundtrack! (Hope it works)

With over 51 hours and 82% completion on this game, I can tell you it’s been one good run. I’ve played on my own for the most part, but I’ve also played online with full parties and it’s hilariously fun. In fact, I enjoyed the base game so much I even bought the Season pass (and I frequently brag my skins). I highly recommend at least getting the extra campaign levels, since you get more levels to play (even an endless level!) and an extra character!

Since it was available for free on Humble some time ago, maybe you’ve got the game but haven’t tried it yet. I suggest you do it if you love FPS and some tactical fun on the side. If you don’t have it, you can buy it pretty cheap here at Gamehag! I’m getting anxious for some run ‘n gunning ‘n towering (?) so Imma wrap it up now!

Here’s the Steam page of the game if you wanna check it out: https://store.steampowered.com/app/210770/Sanctum_2/

And you can always pick up the other Sanctum games, or the other Coffee Stain Studio games as well! I have both games I mentioned at the start but I haven’t tried them. Maybe I’ll do an article for them in the future, who know?~

As always, this has been ranzacado, and thank you for reading my article. Hope to see you on the next one!

[At the time of writing, this is my current wallpaper. I like the landscapes of this game.]

Check out my other reviews:

Your articles very good. But this article may be better than others..

Nice article.
I have sanctum for a long time. really like it. It's similar to a game like BTD (balloon tower defense) and I thought it would be boring, but now I read this article and kinda wanna play it.

good at all, nothing much to say althoungh this game not funny fỏ me