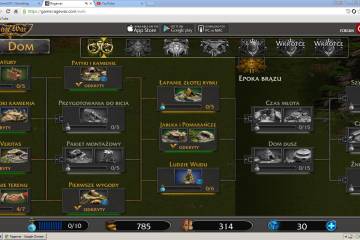 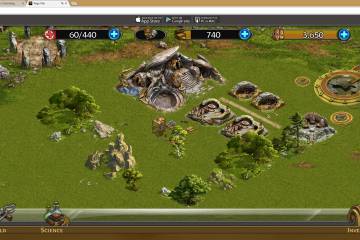 It’s time for RageWar, an incredibly expanded and addicting strategy game, in which you decide the fate of your own civilization, which shall be expanded century by century. Your time machine crashed during the Stone Age and now it’s up to you to evolve your kingdom in the years to come, by competing with other players, discovering new technologies and constantly ensuring your economic development.

During the fights, it is important to know that the battles include a big amount of strategy, that’s why sending troops on the battlefield isn’t enough to win. Because of the changes in time, our army can be made both of primitives barbarians and creatures from the distant future, we have a choice of 40 different types of units.

Lay the tracks on the way to your own railway empire!Rail Nation is a browser strategy game coming from the Bright Future studio, that lets the players become one of the railway magnates.As the president of a small company in North America, we’ll develop our business to finally become a transport giant. However, we’re not the on...

We currently don't have any rewards for RageWar. Check out our other rewards!
Exchange
150

ok so this is a strategy game and i love them so will play this.

We currently don't have any rewards for RageWar. Check out our other rewards!
Exchange
150

ok so this is a strategy game and i love them so will play this.