The game of 2017, THE SURGE, tried to stand in the line of the Souls-like games with more or less success. It wasn’t a bad game, the world was exciting, the fight system was familiar but unique and loaded with many good ideas. Even if it based on a proven formula, I felt it a little “half-baked“. It had everything what i liked in the Dark Souls games, but was less thoughtful. For example the level design wasn’t too creative, rather chaotic, the hitbox was inaccurate. Maybe that’s the reason, the game wasn’t able to build a strong fan base, like for example the NIOH did. But now here is the second game, what tries to correct the mistakes of the first game, and further develop it’s benefits.

A story continuous right after the first part. The main character is a custom, nameless guy, who arrives into Jericho City on a falling plane. Two months later he wakes up in a prison with visions about a little girl, who probably was on the plane too. Here we kick some @sses, learn the basic game mechanics and after we escaped from the facility the world opens for us (at least a part of it) The infection from the near laboratory reached, the city and now it’s under quarantine. The map has 5 big parts, what we have to unlock one-by one. I think it’s a great motivation to progress.

Compared to the first part the places are larger. It takes away the first’s claustrophobic feeling but i was okay with it. The places are more thoughtful. I actually believed it was a living city once, and not something loaded with random landmarks. Plus the locations are also very varied, not only ruined streets. Because of the extensive world, there are many many shortcuts what is a big help to not fight again with the same enemies on the same places over and over again. 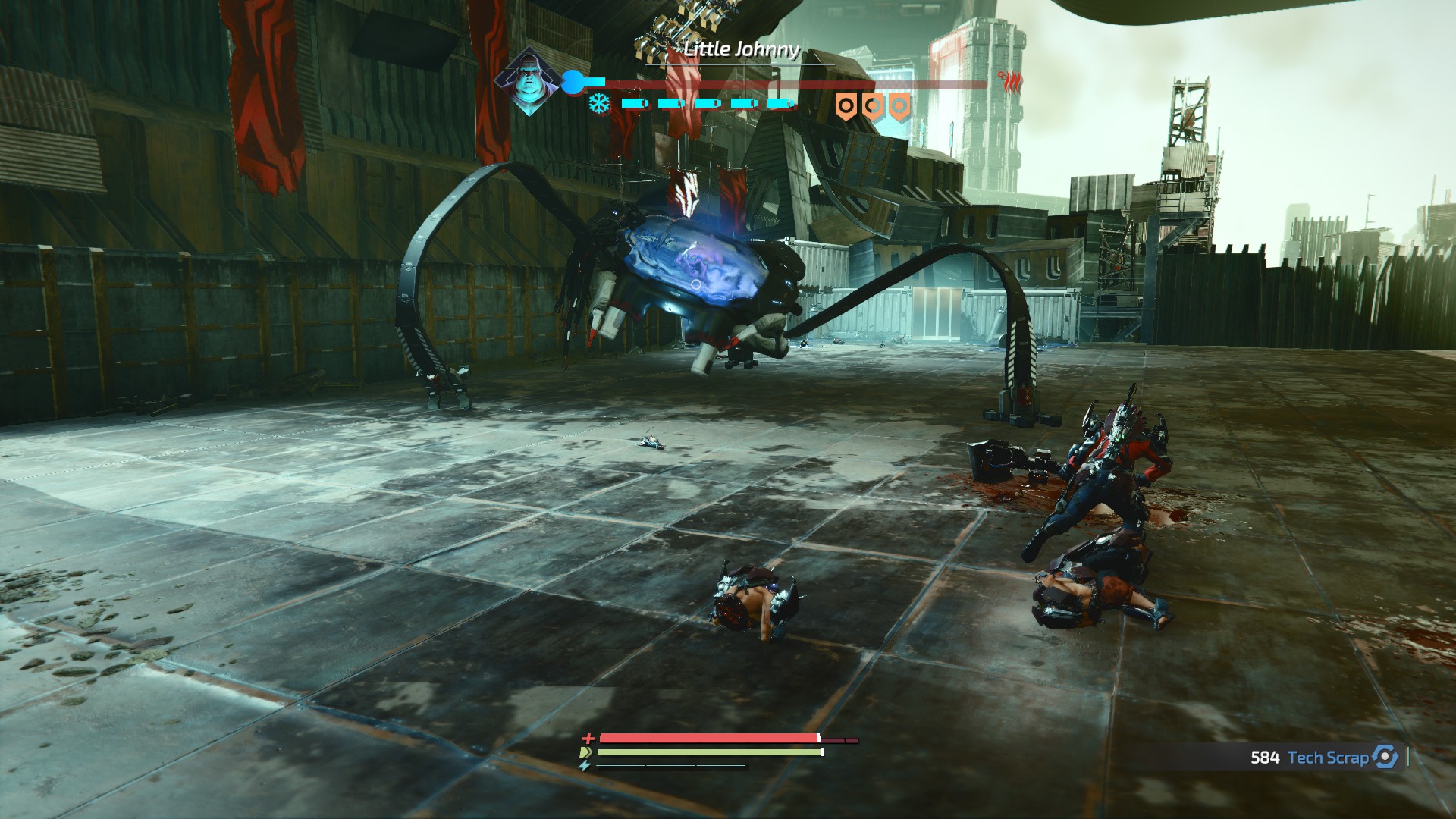 And of course there are the Boss fights. Much more than in the previous episode. A positive thing for this: the game gets more difficult gradually, not like the first game. I remember to be stuck at the first boss for a very long time in the previous THE SURGE. But in the second game the progress can be made gradually. It’s still not an easy game, only the challenges build up more slowly. By the way the fight system changed almost nothing, maybe became smoother. The weapons and the armor parts still can be obtained by amputating the body parts of our enemies. Some fights became much more dynamic and spectacular, have many moves and combos and the fatal moves are brutal. Furthermore every weapon have unique move set, the different armors have passive bonuses, so it worth considering to use a full set. Try out more and find out which suits you the best. 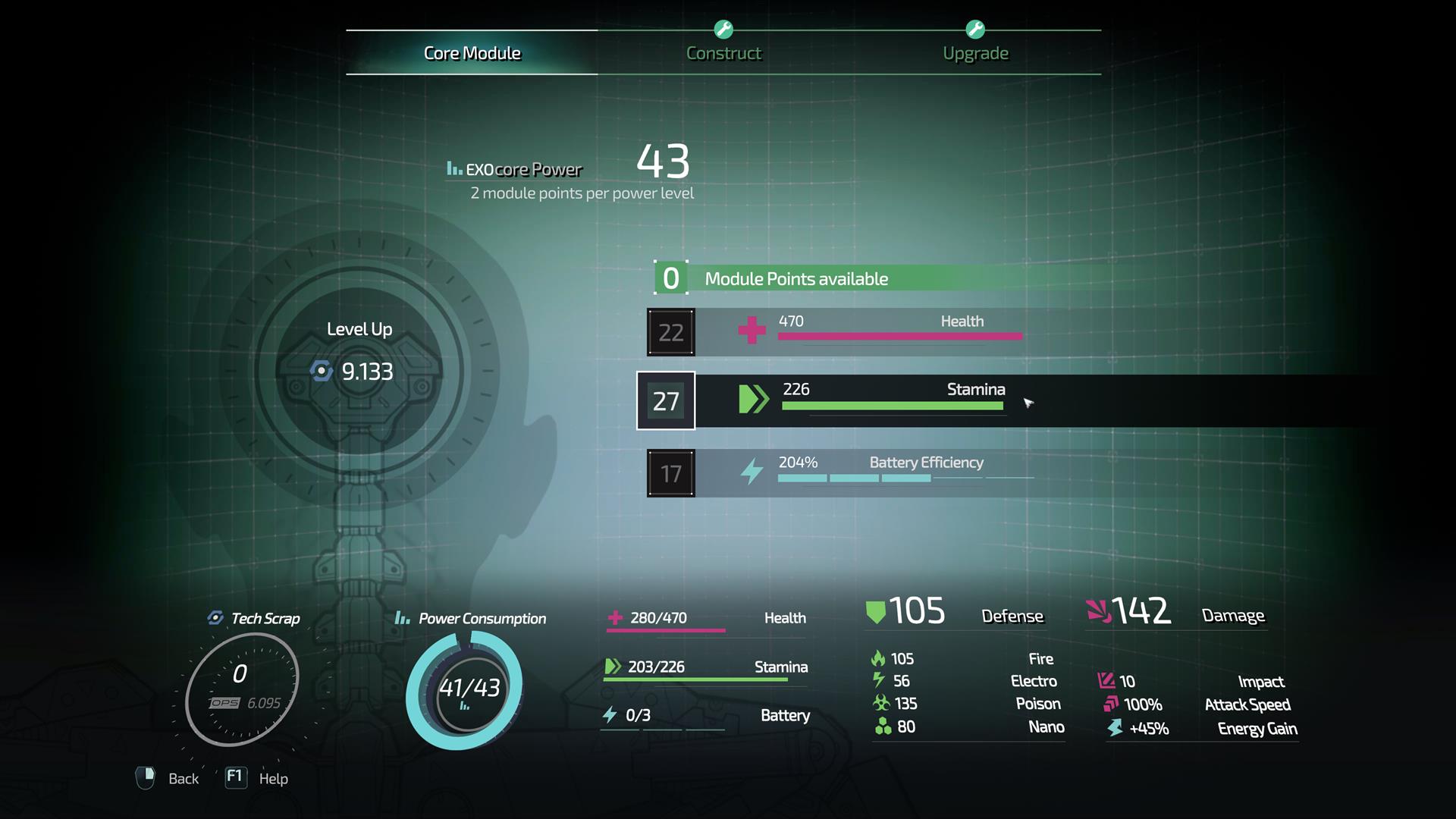 You will have many opportunities to this, because the game(from the beginning) have waaaay many loots. Weapons also have different types: one handed, two handed, spear, sword....Another new thing, we can block the enemies‘ attacks by pushing the right button in the right direction in the right time. The Dark Souls like gameplay (always dodge) is not an option here, i mean you can beat this game with only dodging the attacks, but i wouldn’t recommend. It will be a huge headache. Sooner or later you will need the block. At last but not least there are tech scraps (in DS these are the souls) with which we can improve our character, gear at medbays (bonfire). After all the game has everything to be a good souls like game

About the graphics...well....not the most beautiful game ever, but looks good, especially at the boss fights. 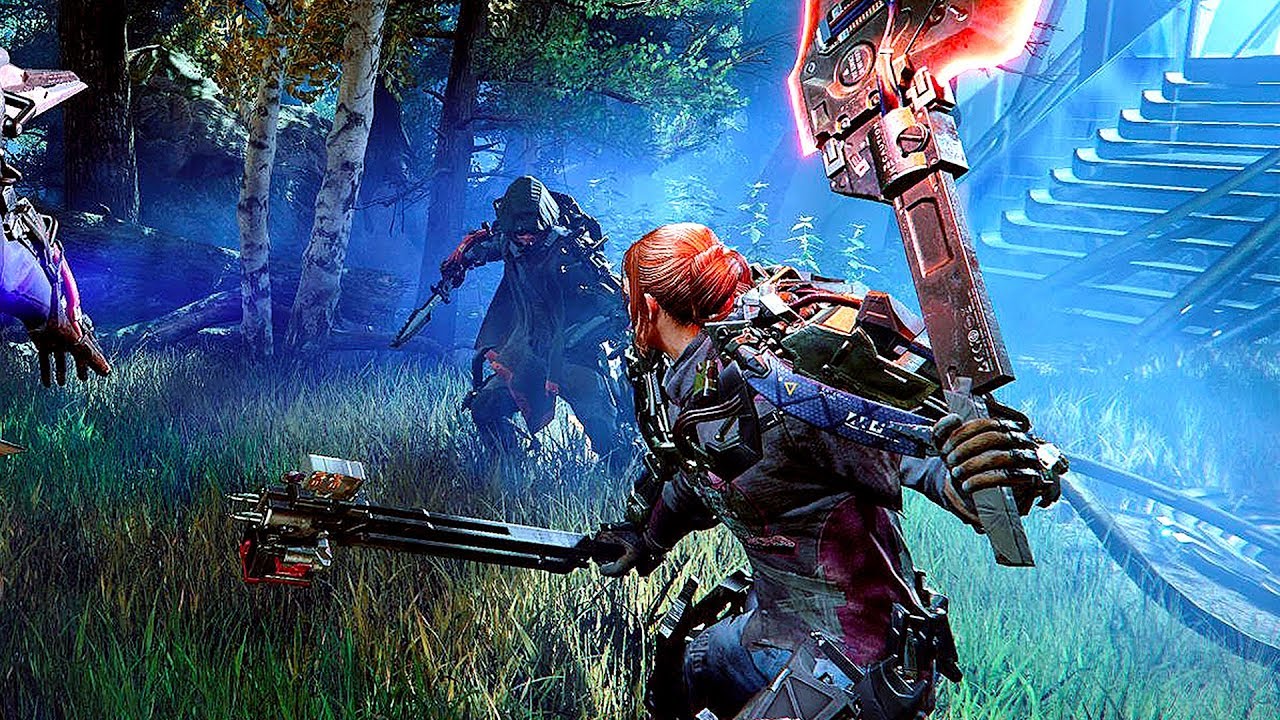 Although this game have many improvements, there are still negative things i have to mention. First our nameless MC. He/She has no personality, neither has voice. Players mentioned that in the first game the MC had a few personal characteristic, but the story writers didn’t do anything with it. So in the second game they solved it by giving nothing to the MC. If you think about it this works very well in Dark Souls. Important to talk to the NPCs. They not just give us clues about the story, but they also give side quests. Not a bad thing to do these missions, ’cause really good things can be found during them.

After all  it’s a very good game. The negative aspects are rather technical (bugs), than in the gameplay. The first one was also good, but didn’t catch me enough. But this one did, and all the developers did is they polished the gameplay. And the bugs will be patched......well....at least i hope.

hi im vanzkie can you give me gems