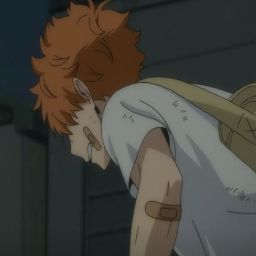 Jojo's Bizarre Adventure, a famous manga populated by the animated series released not long ago. For all of you who are interested in a drastic series, I recommend you watch/read the anime/manga! If you're planning on watching online, it is best to watch the series in sub instead of dub, and if you need a website to watch it through, a website I watch it on is, 9anime.to

Jojo's Bizarre Adventures is quite a confusing, puzzling series, parts of the series follows one another, then it all begins to scramble together and creates the bigger picture. If any of you have been or still are confused, lost, or just wondering what Jojo is, I have discussed the main things of Jojo in the paragraph below.
-
Jojo's Bizarre Adventure is a manga that is around the age of 30, this series is very well-known to Japan. A couple years back on October 5, 2012, the manga had managed to get the first part animated, Phantom Blood. The first part was pretty baffling and not something that was insanely popular. Then after a couple series, the debut of part 3 gave the most extreme attraction to the series, Stardust Crusaders; Stardust Crusaders currently one of the most popular parts of Jojo's Bizarre Adventures.

You can find both the two (Phantom Blood, Battle Tendency) first parts on Netflix right now!
-

Each and every part will always consists of a different, unique JoJo (Joestar), and art-style. Every part is clearly distinct from the other, but does have similar connections with past experiences. Throughout the series, there will always be villains of their corresponding part, but Dio is the main antagonist of Jojo's Bizarre Adventures.
-

Stands are one of the major things in the series, the general idea of stands are basically 'supernatural-powers' of the series and are introduced early in part 3. Naturally-occurring stands existed, but is very rare. Therefore, in part 1 and 2, there were existing stand users, but in areas that the series took place in, it could happen that there were no stand users. Stands were known very little of, but instead, during the manifestation of vampires, hamon, known as ripple or sendo, is the power of the sun, created by humans with a special technique to banish pillar men. Both Jonathan, and Joseph had used hamon to fight vampire relevant matters.
-

That concludes my article, I hope this helped anyone who was confused, if this hasn't helped whatsoever, it's best to keep watching/reading or continue research, etc. Once again, just a friendly heads-up, from what I've heard, the dub is severe, so, it is highly recommended to watch the animated series in sub. If you have any questions, issues, or anything to add please leave a comment down below. (I may not be able to answer as many questions because of my terrible knowledge of everything, but I will try my best to answer them.) Respectfully, I thank everyone who has taken their time to read this.

What is Jojo's Bizarre Adventures?