Rate this article "Thief Simulator - all mine!"

Thief Simulator - all mine!

Sneak Simulator is a sandbox, open world game developed by Polish studio Noble Muffins. Since it's release in late 2018, it has received good feedback and made it to the top list of Steam's best selling games within a couple of days. The game, as the title suggests, simulates a life of a, can you guess it, thief. You complete missions, burgle houses, do raids, spy and just roam around stealing people's stuff. But what made it so popular and well received? 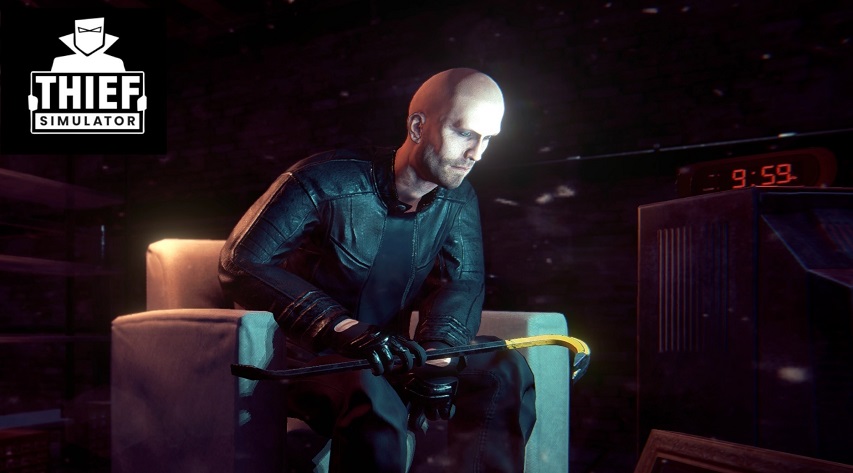 Initially, after hearing about another game about stealing, I was very skeptical. After such releases like "Sneak Thief" I wanted to stay away from games of similar genre, but all this buzz about Thief Simulator got my attention. I gave it a try, and, well, it's refreshing. The game is surprisingly well made, especially considering the size of the dev team and their budget. 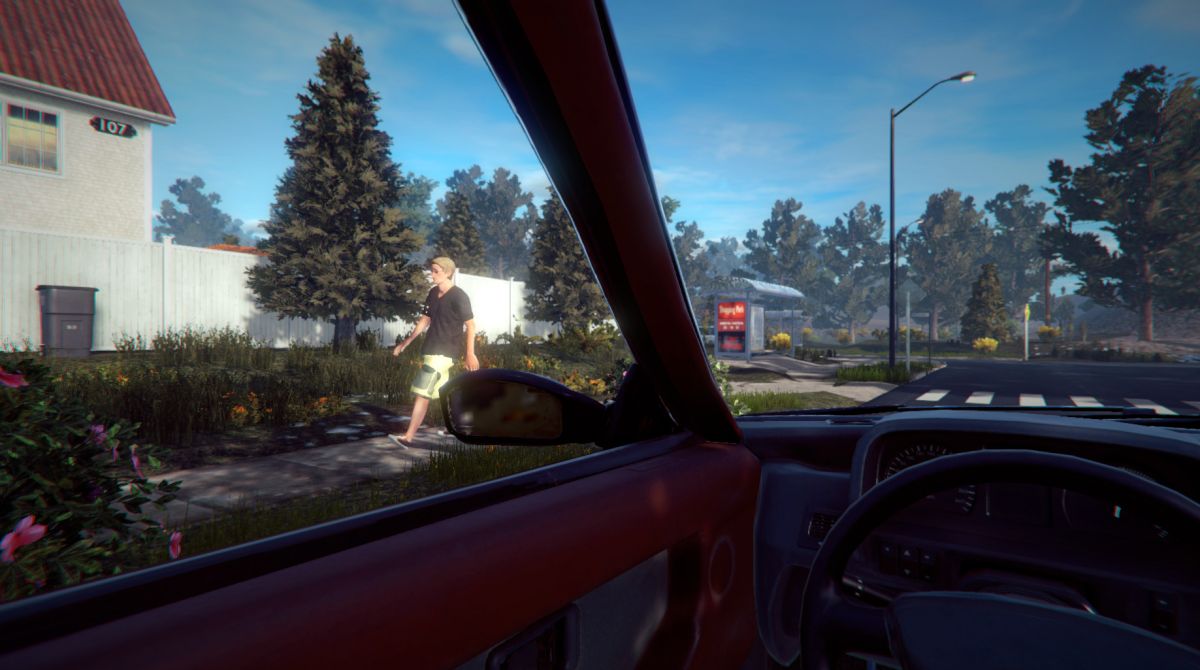 The game certainly doesn't feature much of a story: you play as a guy that is referred to as "The Thief". Throughout the "story" you are being guided by Vinny, a guy who also talks you through the tutorial level. The game isn't overly unrealistic, with you only stealing old TV's and pans at the start, making like 50$ per job, which already puts it aside other games that are almost comedic - for example, in Sneak Thief, you steal over 10 thousand dollars even in the starting levels. Instead of having an interesting plot, Thief Simulator focuses on it's gameplay and realism, putting you in the skin of a poor guy that has nothing else to do other than steal. The attention to detail and map design is plausible, with you being able to choose from whoever you want, whenever you want. Of course, the more you play, the more skills you unlock, making burglaries easier. You also make more money, allowing you to customize your car, weapons and house. 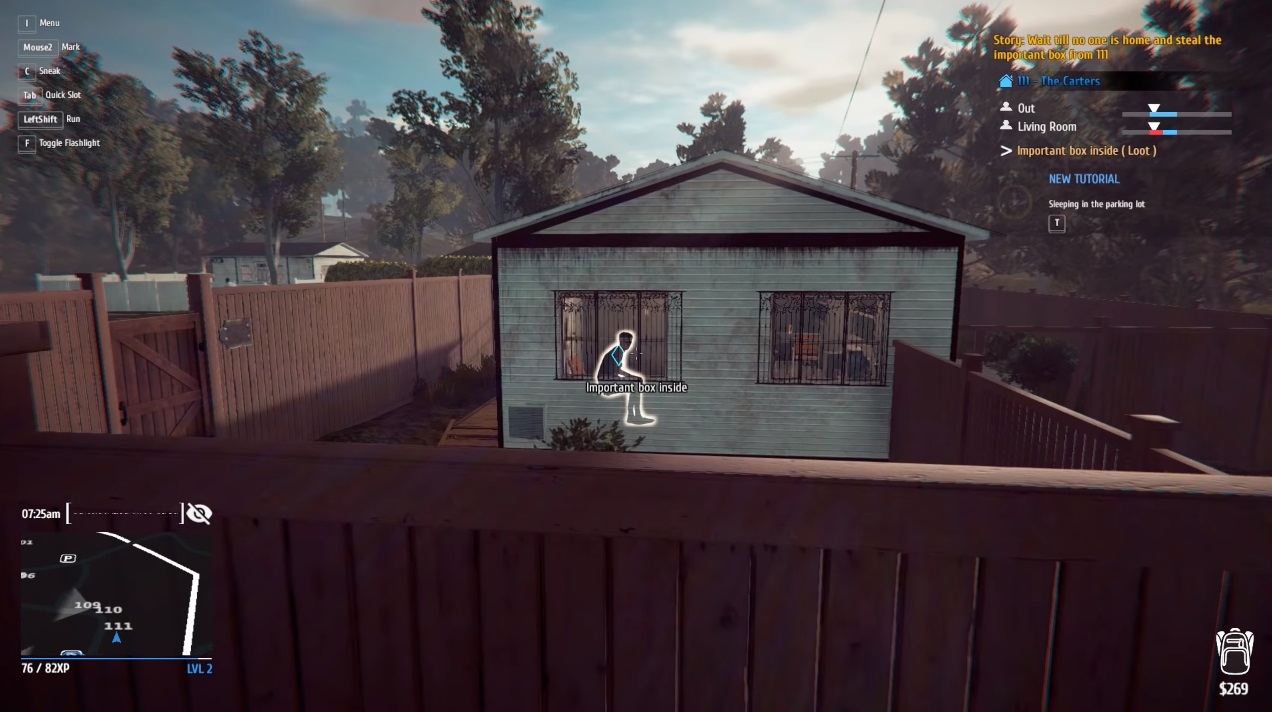 The game makes you realize how difficult it is being a thief - having to wait, spy, place cameras, pay attention to the surroundings and the cleverly made map and minimap. It's to the point that you almost start thinking that maybe the developers know what it's like, hilariously.
You can either steal from places that the story tells you, or just any building you want. You can either go slow and safe with the shacks from the starting missions, or go all out and bash in through the front window with a shotgun. It's up to you.

Additionally, you can hide in garbage bins, boxes and closets. What is annoying regarding this game, is the fact that every time you hit a pedestrian while running away from the police in a GTA-like fashion, the mission resets. You have to do everything over again because of this game's pacifistic nature. The graphics are decent, the sound and it's quality are fine. The animations are okay, with the best thing being the attention to detail and realism. You get to pick locks, place cameras, hide bodies, sleep in the car, using master keys and so on. However, in the end, you do everything and anything just to accumulate more money, but the game doesn't exactly make it clear as to why we do it. 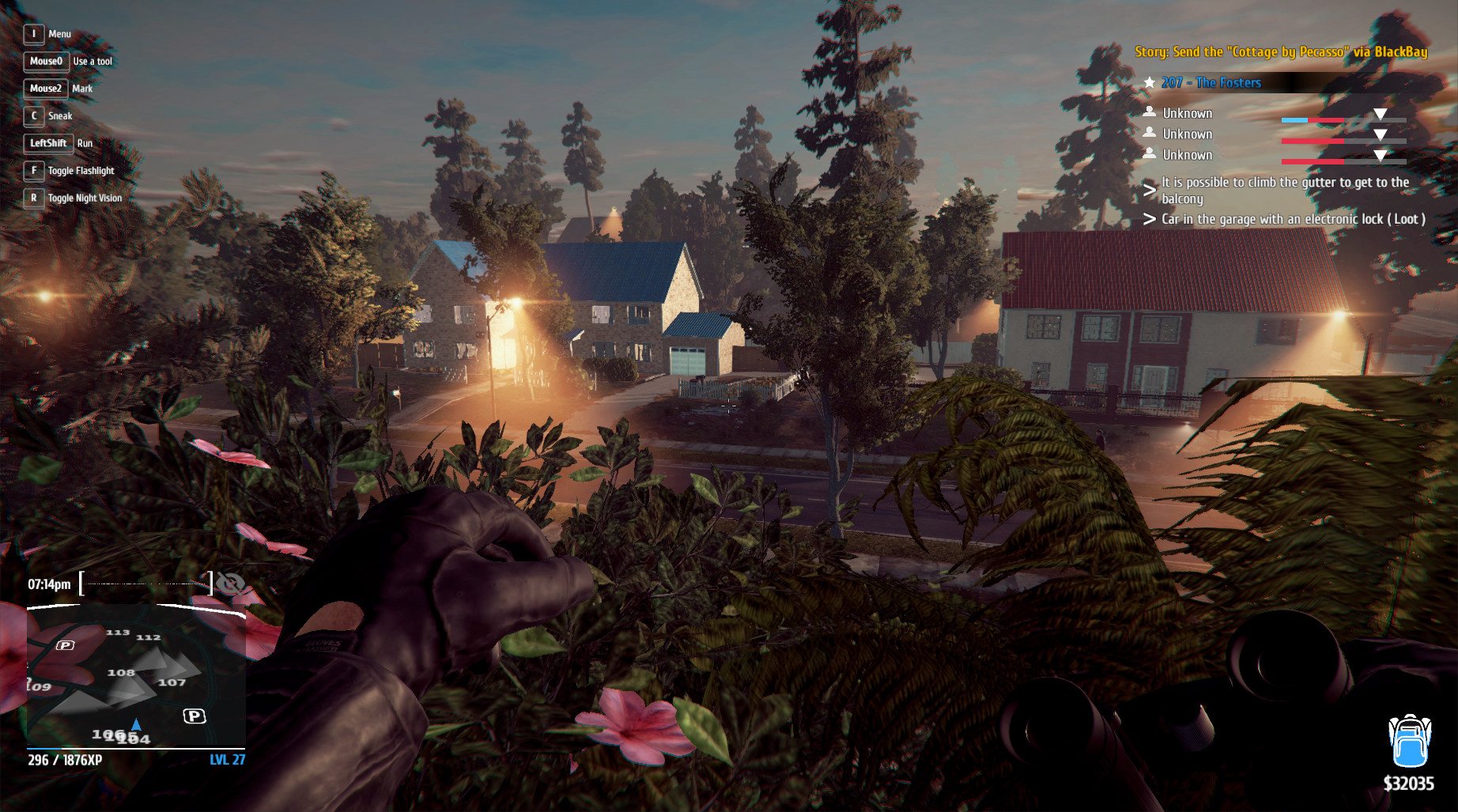 Thief Simulator is everything it promises to be - and nothing more. It's as realistic as games get, you get what you're promised to get, which is a life of a thief in a game. All in all, the game is well done and pictured, everything about it's gameplay and mechanics are well done, but it lacks a supporting story. You just steal using new skills and items, and while it certainly is fun, a fitting storyline would make this game much better.
The developers are constantly adding new features to the games and releasing patches, making it a bug-free game.
The game costs 19.99€ on Steam, and can be played on Windows.

Verdict: you get what you pay for - a Thief Simulator. It is well done and fun, and if you'd like to experience being a thief yourself while not breaking laws - this game is just for you. I would recommend it, but just for the right people.

Rate this article Thief Simulator - all mine!

what game is this

WAIT WHAT. I have to try this game

I like very much the game's idea about stealing things and making money. And the article is very good. I can admit that i read it multiple times to understand it better!! Congratulations!!

Good game, I think have to try this game

i rlly loved that game it was very fun