Rate this article "DayZ - Will You Survive?"

DayZ - Will You Survive?

Doors of a factory in a deserted village quietly creak. The rain is rustling. In the thick, damp grass I carefully crawl, in search of food and ammunition, trying not to get spotted by the eye of a zombie that is wandering around with deceptive slowness.

I can hear rifle shots on the other side of the hill. There is a human there. But people mean danger. You can die anytime when fighting against or with them, therefore, to survive here, you have to be paranoid. DayZ is not just a game. 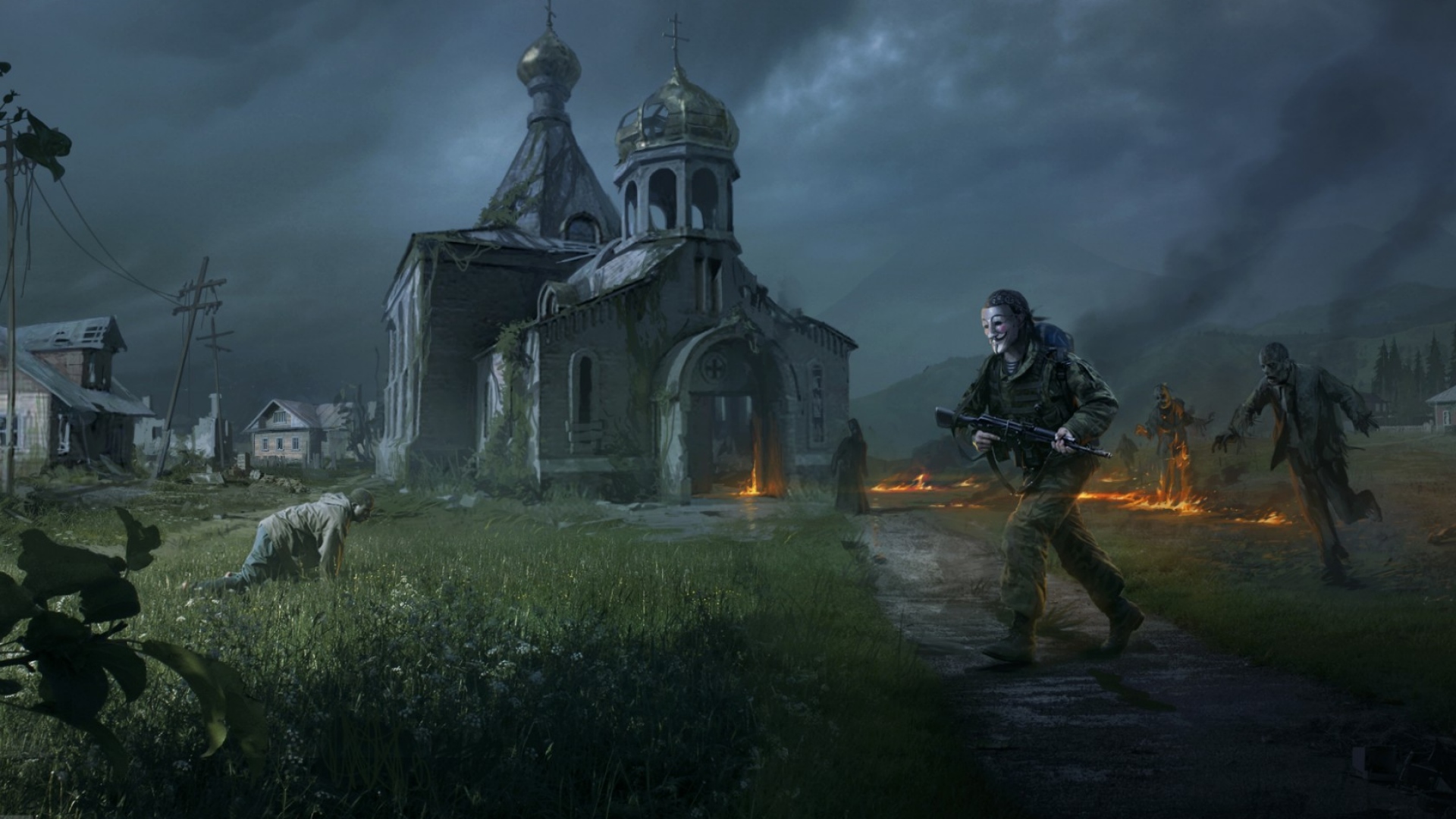 DayZ was released as a free multiplayer modification for ARMA 2. The mod was released in 2013 by Bohemia Interactive, 4 years after the game it is based on was. The seperate game is STILL in alpha testing, and since it's first release it has become a real phenomenon, which raised the sales of the original game on Steam by over 500%. From the outside, it is not so easy to understand what exactly so special the players found in it. Well, yes, post-apocalyptic scenery, monsters, shooting. But after all, the alive undead - frankly, aren't a novelty in the video game community. The zombie survival genre was spoiled with many releases from big companies, starting from the creators of Resident Evil and Left 4 Dead to the makers of Killing Floor. But what makes DayZ stand out? 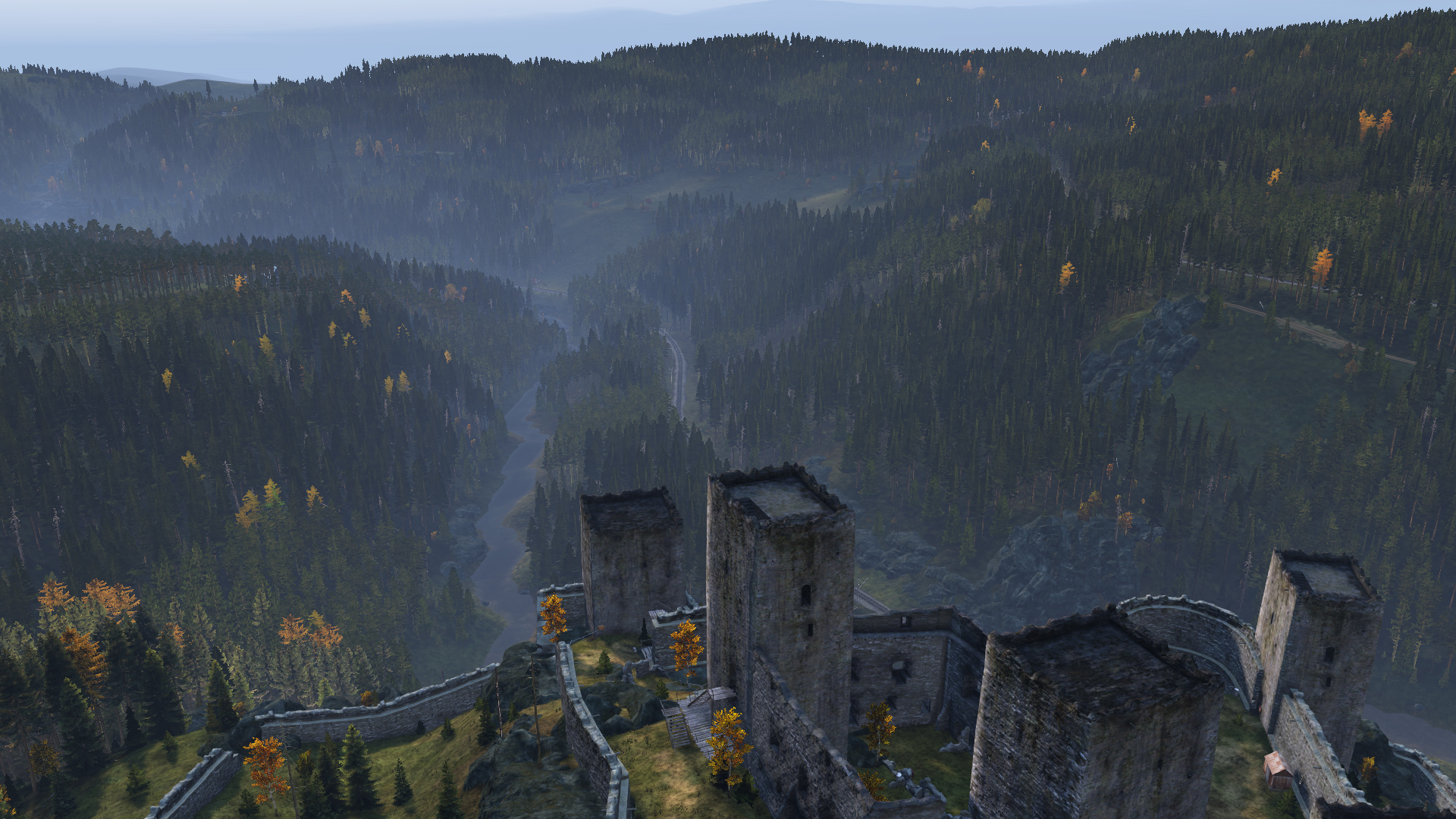 The humanity is on the edge of extinction. Along the roadsides of empty roads lie broken cars. The windows of the broken down houses are no longer lit by lights and the shops are raided and destroyed. People no longer live here. But not all cities are lifeless. They still have hundreds of inhabitants, which wander, shuffling along dark corridors, bouncing on all fours or crawling in the grass, snarling and howling softly. This is the the zombie apocalypse.

However, among the hordes of zombies, there are still a few dozen survivors. Each of them begin their journey by the sea. Each one has a IJ-70 Makarov pistol, a small supply of ammunition, food, water, and a first-aid kit. The task - to live as long as possible.
In buildings and shops you can find canned food; in lakes and ponds - drinkable water. Ammunition can be found in shacks and barns, and blood and first-aid supplies lie in the hospitals: the nests of infected. Thirst, hunger and low health will eventually make you go scavenge for loot. You wanna be as silent as possible, because one gunshot can attract unwanted company. You can either stay low, or go all out and bash zombies with SUV's and try to get out ASAP. You can hide, but you can't run - the zombies are faster anyway. 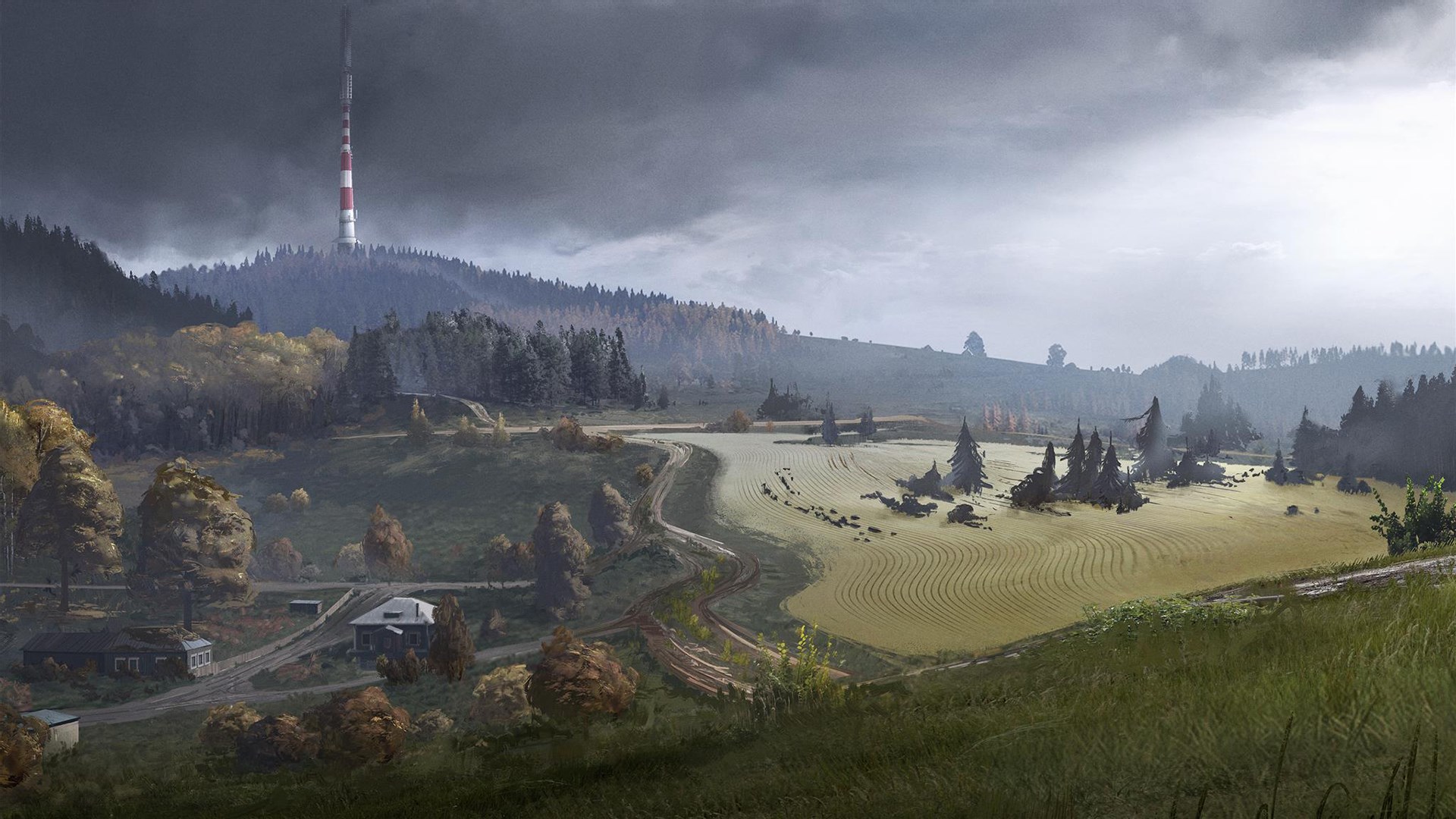 Unions are fragile here, and betrayal is common. Only familiar people or in clans can protect themselves and trust each other. For solo players, the first reaction should be to immediately hide and move away from any person (this is safer), or try to find out in the general chat whether the counterpart is friendly (but this often doesn't work out). DayZ isn't just a game. It's a social experiment to see who is more dangerous: the zombies, or the humans themselves. More often that not, you will die from a sniper shot than a predictable zombie that you've fought hundreds of times before. The playerbase can be divided into bandits and those who are willing to cooperate. The humans are their own biggest enemy.

DayZ simulates cold, hunger, thirst and survival - there are many ways you can go about finding supplies. The game isn't hard to get into playing, but getting good takes time; even when you do eventually have good items, you can always get destroyed by an accurately placed head-shot. You really don't wanna die in cities, as your loot will instantly be stolen. That's why you want to have friends, because even if you do get killed, they will get your loot back. 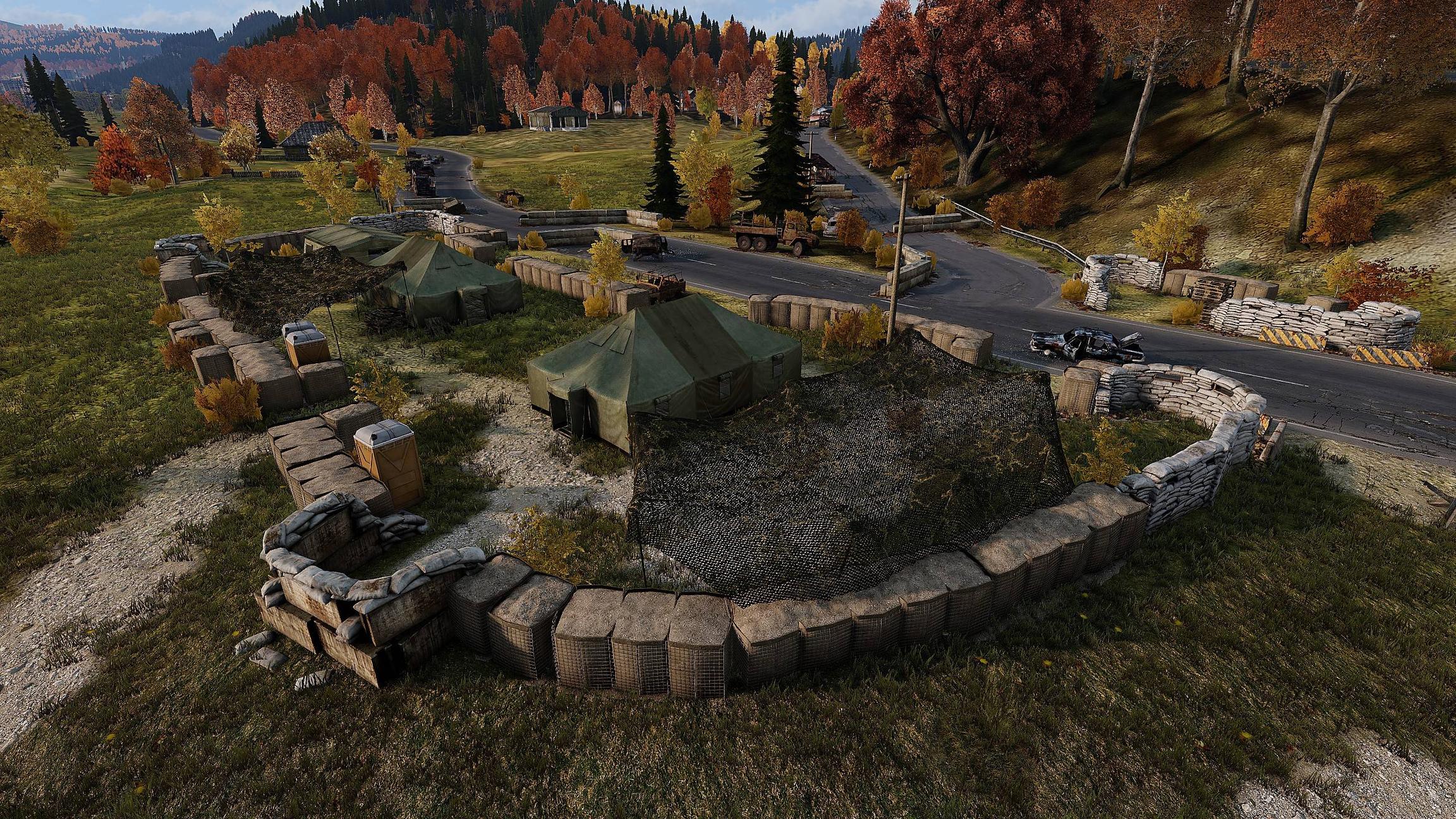 About the mod's mechanics: it has a great variety of weapons, good audio, the map has neat details and is big enough to holster up to 50 people at once. The gunplay is great, along with animations. The gameplay is smooth and lag-free, making DayZ the best ARMA 2 mod ever released, in my opinion, and is even better as a seperate game. On the other hand, the HUD could be better, so could the interface.
When talking about ARMA 2 itself, the graphics are good for a game that's now nearly 10 years old. The game has aged well, especially considering it's poor and buggy release. Looking at it now, while it's community has decreased majorly, the game has improved in many ways, and DayZ has certainly contributed to that.

While the player count has decreased substantially because of the lack of updates or the fact that's it's STILL in open alpha release, the game is absolutely great. I would even go as far as to say that it's better than the game it was firstly based on - ARMA 2. DayZ friends makes for some great fun and can be played as much you want, it doesn't get boring. There are always things to do, always ground to cover and conquer. The futility, mechanics, graphics and realism of this game/mod make it the best mod for any game of all time for me.

The standalone game costs 39.99€, and is currently only available on Windows. It is rumored that an XBOX One and PS4 release is around the corner - with the game finally (maybe) becoming a beta, not early-access game.

Verdict: a great mod, and an amazing standalone game. While DayZ is expensive, but quality never comes cheap; and it has quality coming out of it's ears - I recommend it for sure. Especially on sale, the game is worth the money and makes for some great entertainment, not to mention the fun of playing it with friends. 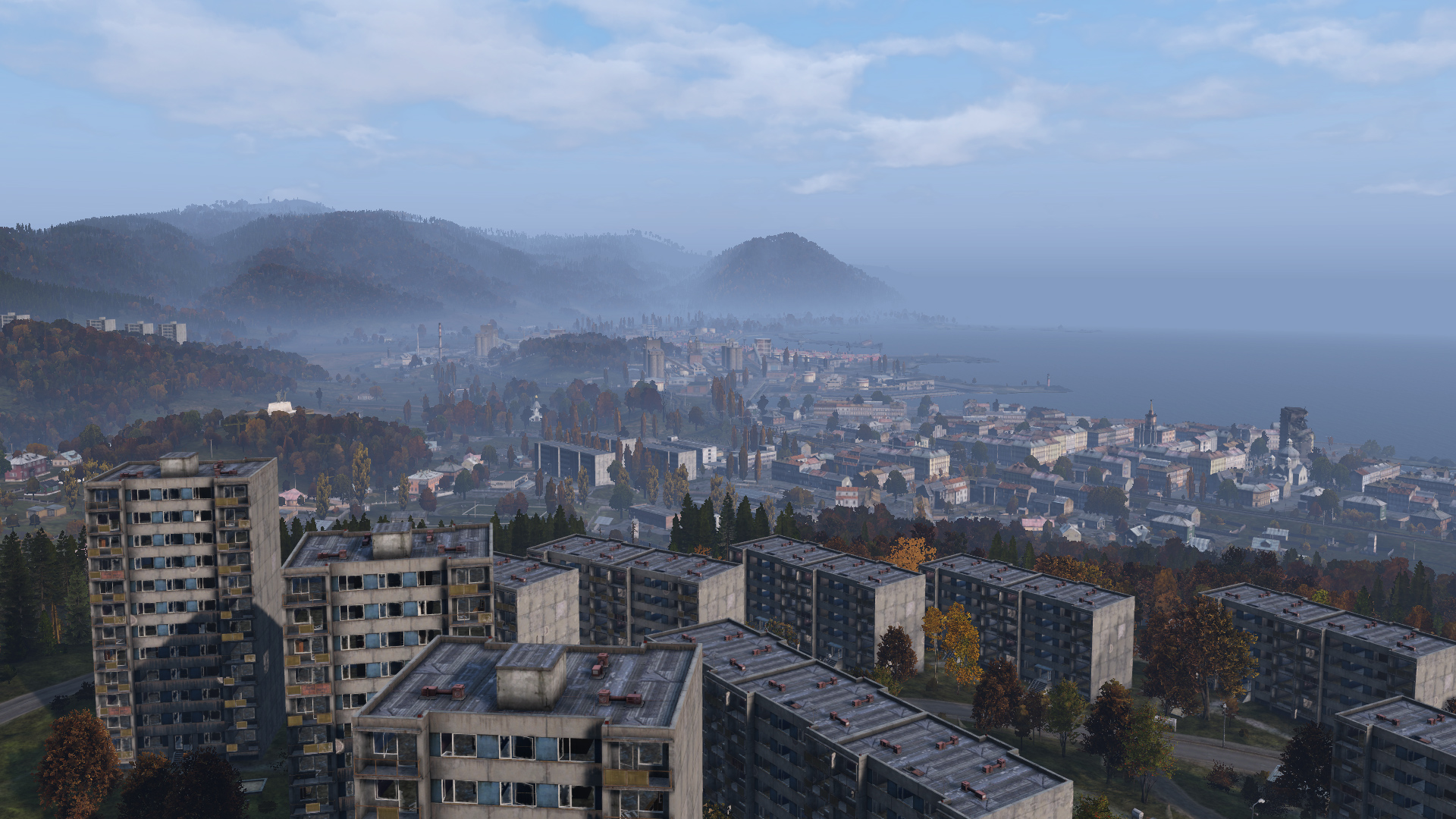 Rate this article DayZ - Will You Survive?

Lol is this purge?

Very nice article. It had a very god explaination on the game. Overall great job on the article.

Love this sort of game. Nice explaination.Will look forward to it.

great game and i love it