Rate this article "The Quiet Man - What Went So Wrong?"

The Quiet Man - What Went So Wrong?

One of the games that I mentioned in one of my latest articles "The Most Disappointing Titles in 2018" was The Quiet Man by Square Enix, a well known video game developer. They have released some great titles, including Deus Ex, Nier: Automata, Just Cause, Life Is Strange, the Tomb Raider franchise and many others. While not all of their releases might be perfect 10/10 gems, they still made games that could be rated anywhere from "Decent" to "Amazing". And, while everything comes to an end, so does the company's good game streak. Their newest title, The Quiet Man was received absolutely awfully by both the community and the reviewers. But where did it all go so wrong? 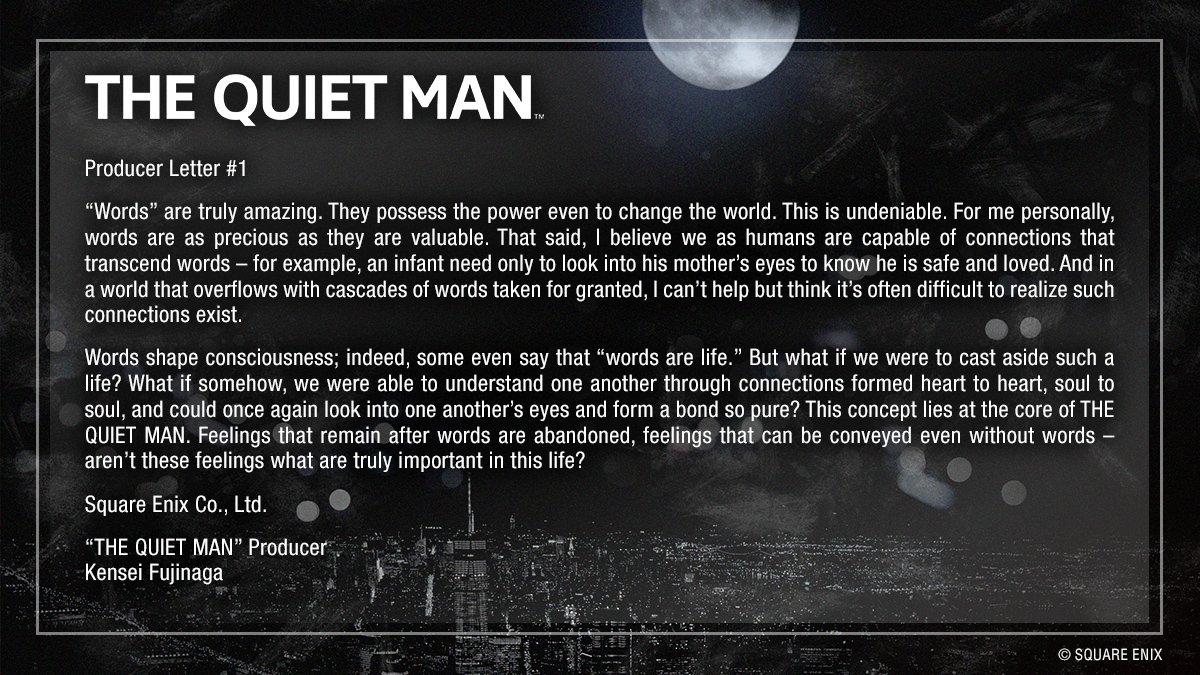 Square Enix is a pretty well established company due to their great games and storytelling, but this game is different. They tried to experiment with how a new type / style of a game would be accepted in the "Gaming" community. While it's good to be innovative, the innovation has to be interesting, fresh and encouraging, but this game, while it may be fresh, certainly isn't interesting or encouraging. 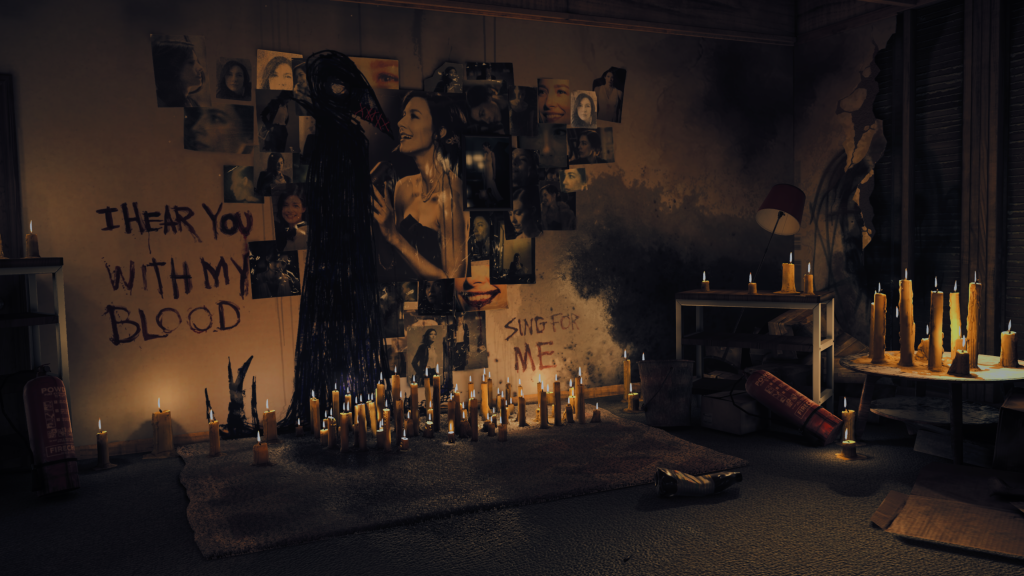 The Quiet Man is a game in which you play as a 20 year old blonde mute and deaf gangster that goes by the name of Dane and constantly gets into unnecessary trouble or fights for... reasons. The protagonist is able to understand others by reading lips, making it easy for him to communicate with everyone around. The story and it's telling is confusing as all hell, and nonexistent subtitles certainly don't make it any easier. The audio is bad, with you only being able to decipher indistinct mumbling and a mix of sounds that are supposed to simulate the environment. 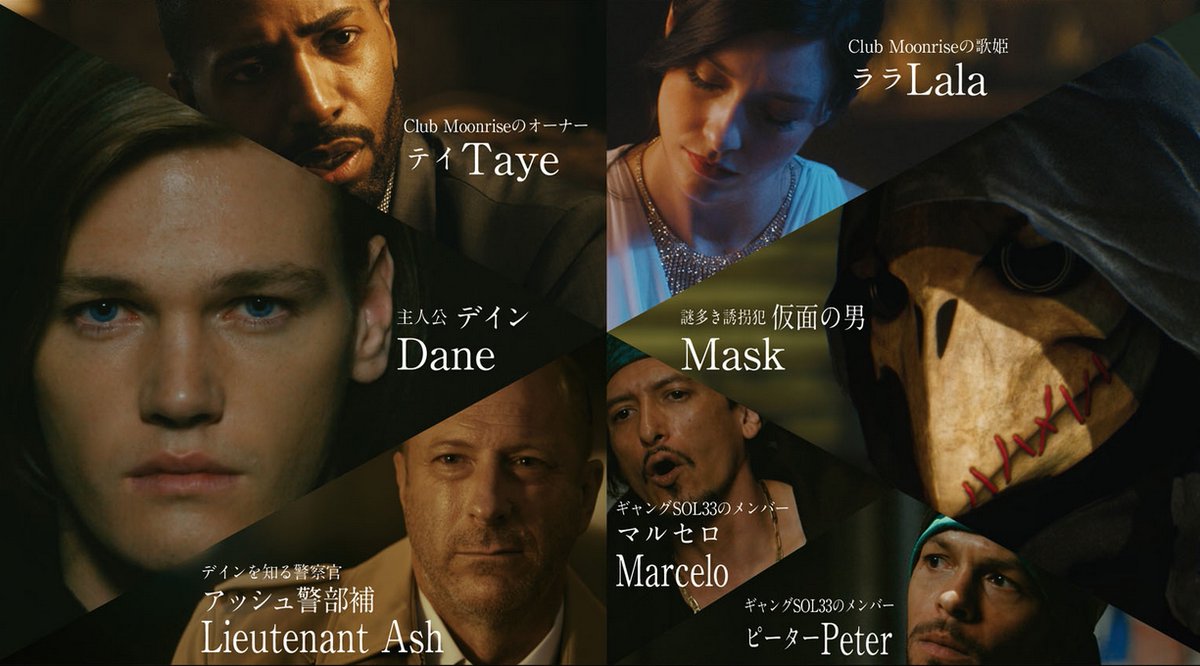 The people that the incomprehensible story is about

The cutscenes are poorly made, being too long and just as impossible to understand as the rest of the story, the acting is poor and the fighting scenes are also bad, since they are being performed by doubles who look nothing like their real counterparts, making these moments even more random and "What's going on?" like. The fighting is repetitive and boring, with you only being able to kick, punch or dodge, including a "super move" that can be triggered when available. These brawls were easy, yet annoying because of how unnecessarily long they were. A "HUD" is nowhere to be found in this game, so you can't see whether you hit the enemy or how much HP they have. 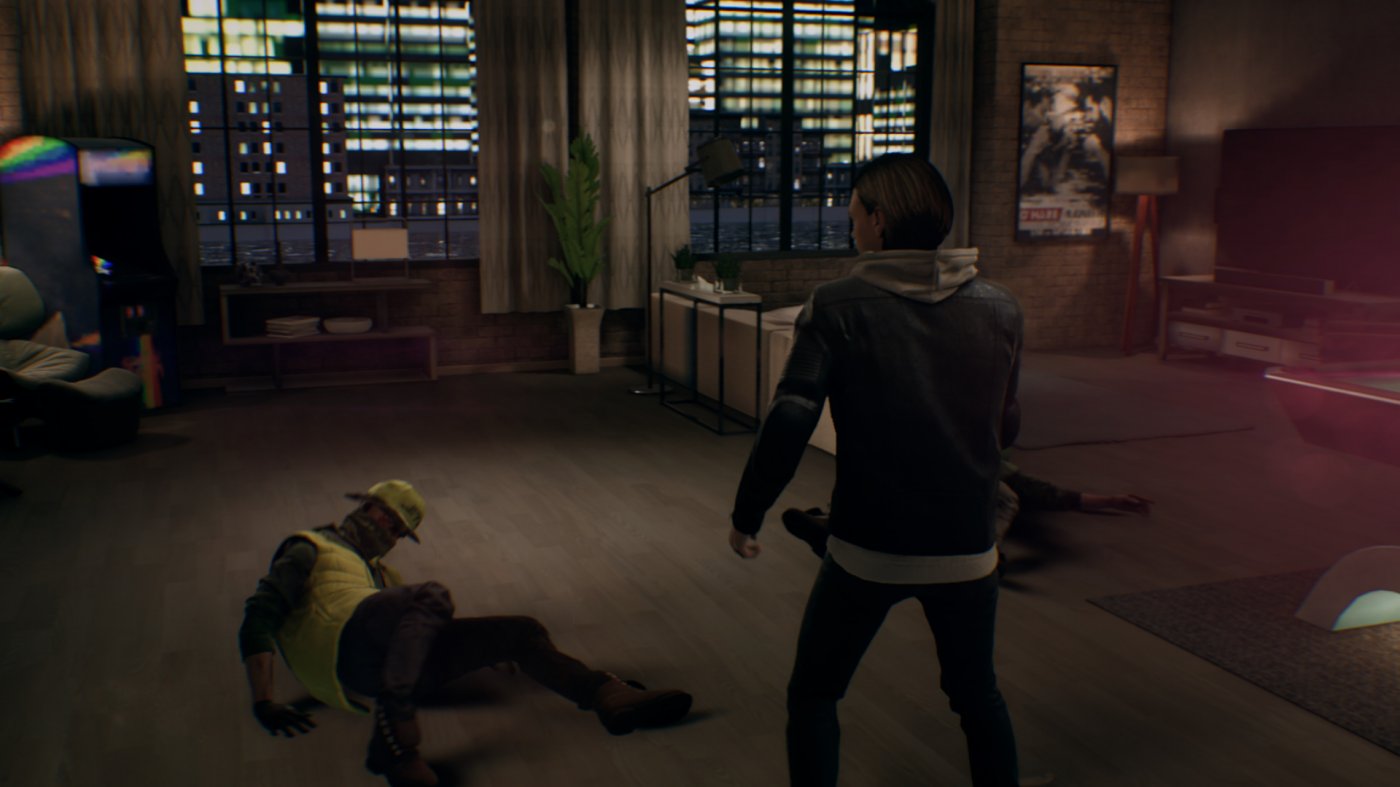 The graphics aren't good, and that paired up with old-fashioned light filters that color the screen when the hero takes damage - from pale gray to unreal bright red, don't add to the experience. The levels in the game are mainly represented by small platforms of 5x5 meters, with the camera sometimes appearing in odd angles, and it’s not always possible to turn it. All of these problems and the frame rate to about 15 FPS even on the console, which, given the not very advanced and constantly blurred picture, is unforgivable.

The game never adds anything - all you do is fight. No items to collect, no achievements, no different weapons or special abilities (apart from the default one). 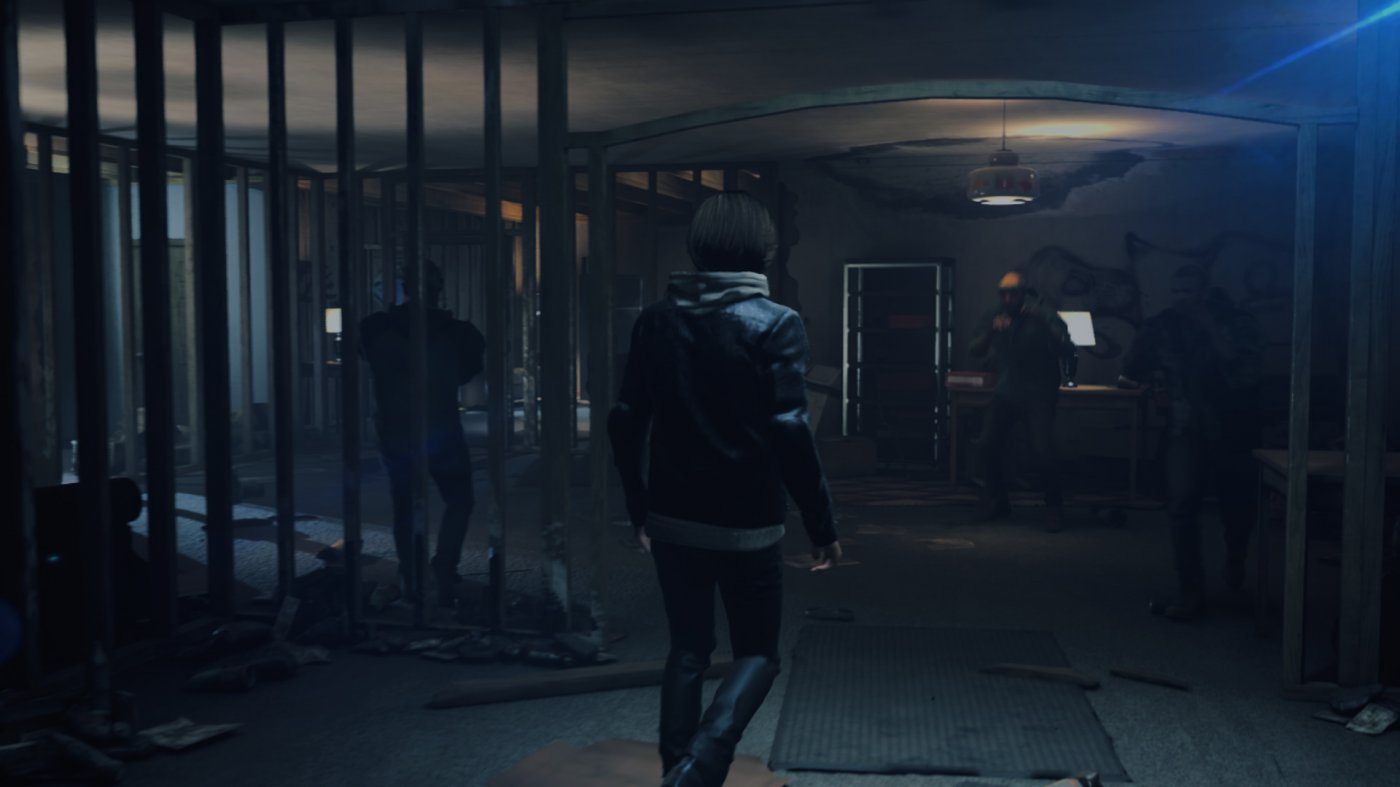 As a result of everything mentioned above, the fascinating cinematic history is not such, because it is either impossible to understand, or you just fall asleep on long videos in which people open their mouth, but don’t seem to say anything. Combining live shooting with computer graphics in general is meaningless, as it seems to me, here it only helped to significantly reduce the budget and increase the longevity of the story. Tense gameplay is unheard of in The Quiet Man. The experiment of Square Enix is definitely not a success.

The game costs 15€ on Steam, and the repulsive reviews are no surprise. If I wanted to torture myself, I could do that by buying an asset flip from a "Random Steam Key" website for 39 cents. No discounts are to be seen, and most people refunded the game after 5 minutes of gameplay (not a surprise).

Verdict: The game deserves the reviews it got, because Square Enix should certainly know better than to make heaps of garbage and charge a premium price for it, as the game is just a little more interesting that watching paint dry. Avoid at all costs. 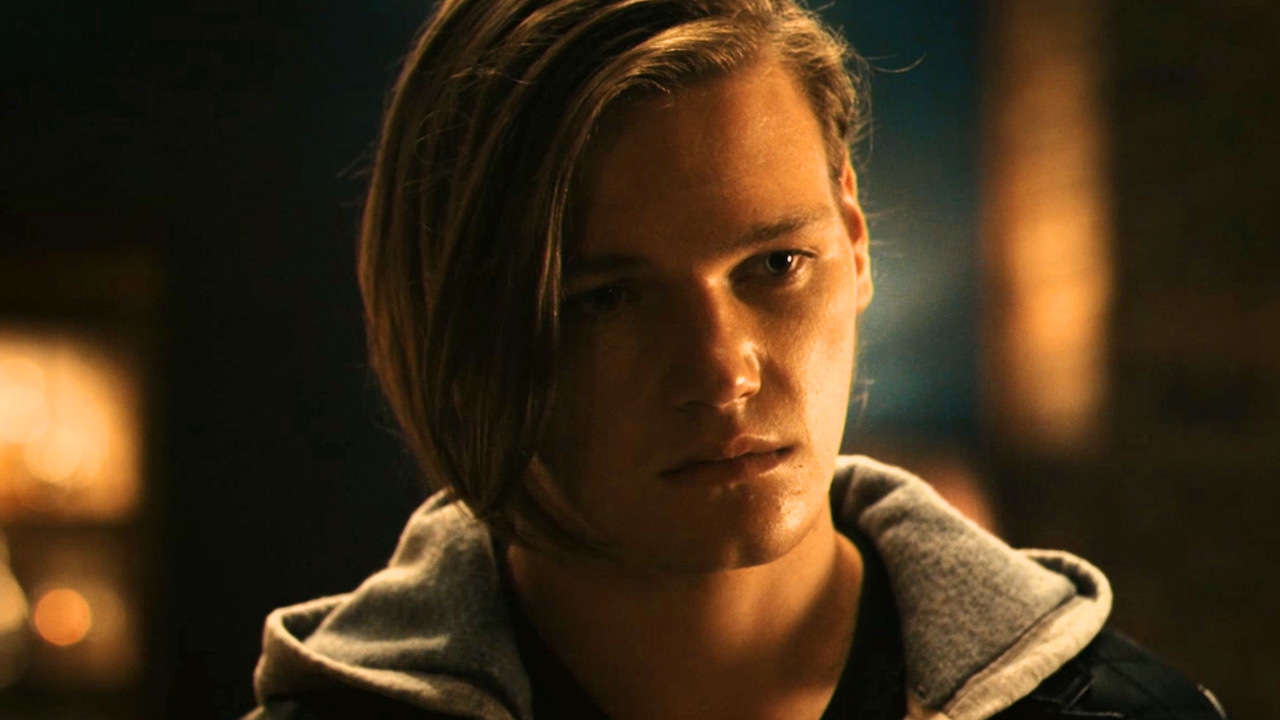 The faces of buyers above

Rate this article The Quiet Man - What Went So Wrong?

Interesting article as well as the game. Nice work.