Rate this article "Golf With Friends - Hole In One!"

Golf With Friends - Hole In One!

Golf With Your Friends - an entertaining, funny, difficult multiplayer mini golf game that will either make you want to smash your computer to smithereens or burst out of laughter because of others that are about to do the same. It can be played with up to 12 players and always makes for some great fun, especially with friends. 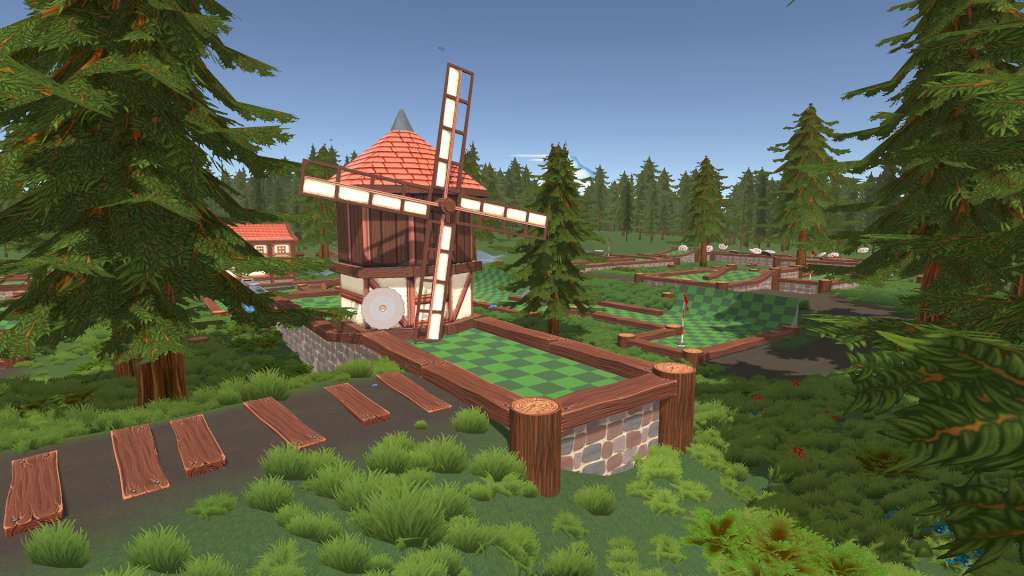 The game is made to be fast paced, quoting the Steam page: "The controls are simple and the game is designed for the user to be able to host or join a game within a few seconds" ; also, you don't have a whole lot of time to make your shot, which might just lose you the game.
The game, as mentioned above, is fairly simple. It is, as the title of the game states, a mini golf early access release.
Blacklightinteractive released it on the 30th of January, 2016, and is accessible on Steam for OS X, Windows and Linux. The developers are pretty active, rolling out new content and levels fairly often. There are currently 3 levels, each containing 18 holes. 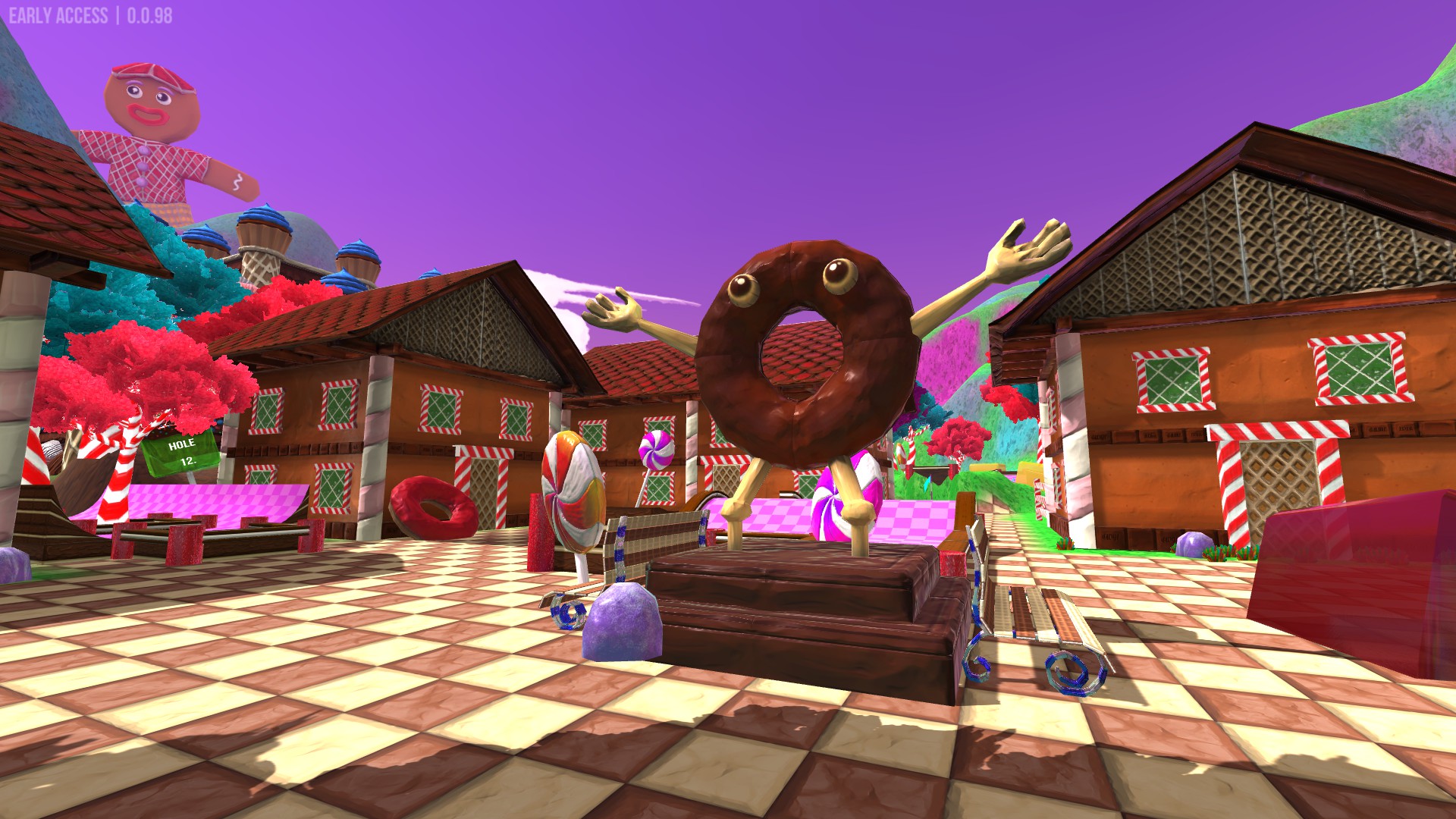 The rules are, well, golf rules. You slide your mouse from the ball to the direction you want to shoot, pulling your mouse further away from the ball if you want more power, which is metered in the bar located in the bottom left corner of the screen. The objective is to hit the ball into the hole found on the field in the fewest amount of strokes possible. The game counts every stroke you make, and at the end of the level, the leaderboard shows who won by making the least amount of strokes and completed the most holes.
While it doesn't look any different from other games, it has some features that make it more fun to play with friends. As it is in early release, there's quite a big possibility that you will encounter one of the many bugs this game has, and to me, it makes Golf With Friends all the more enjoyable, because it is hilarious hearing your friends fuming with rage because the ball won't stop bouncing off the water. 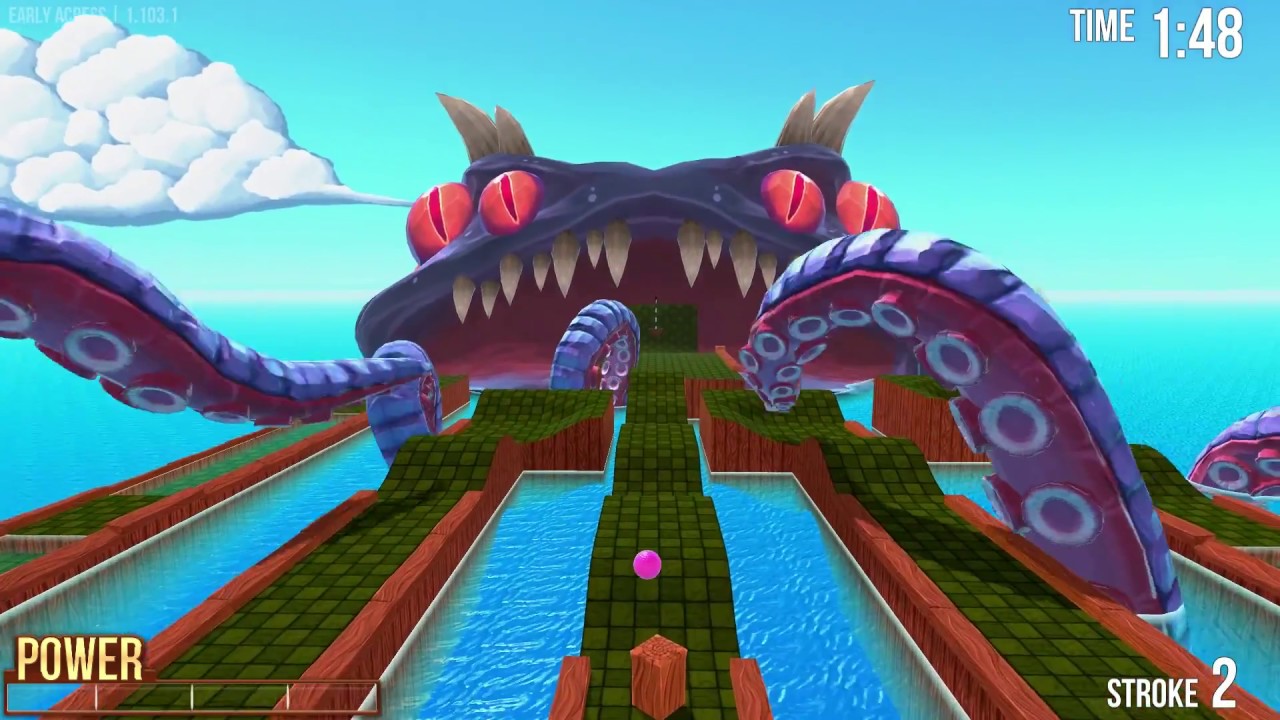 The power bar ^ and an awesome workshop map in the background :)

The game is simple, yet hard to master. Glitchy, yet fun. The bugs, however, are a double-edged sword, because you really sometimes wish you saved that 5.99€ to buy a BigMac at McDonald's because your ball spawned in a totally different area. On the other hand, when it happens to others, it makes for a great laugh. The game is fun, competitive, challenging, hilarious and has tons of mods and workshop maps and really does feel rewarding when you win or get that hole-in-one. There are many different opinions about the game, but mine would certainly be positive.

Verdict: Golf With Friends is great fun, and the mere price of 5.99€, it certainly makes for great entertainment. I can hands down say that I enjoyed playing mini golf with my friends more than some AAA titles. And while the comes with some visual and technical problems, that's what makes it great. It is also constantly being changed for the better, which makes the experience even better.
The game is stellar! 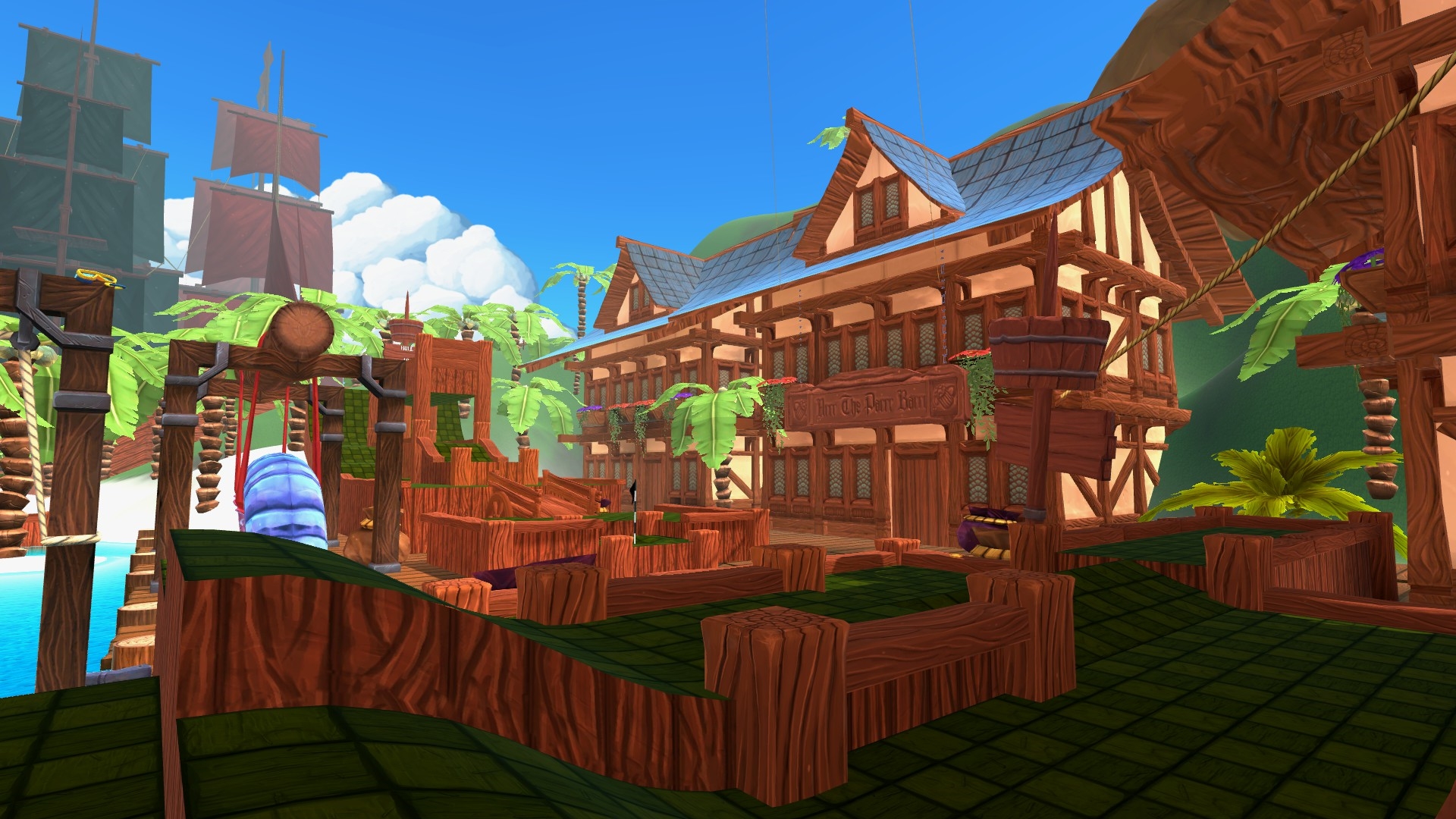 Rate this article Golf With Friends - Hole In One!

Very nice and fun game to play with friends!

I love watching videos with this fun game. Hope i will buy it one day.

this game is very fun if you play it with friends

Nice game but only with friends i mean if you are playing alone it will get boring Cool game, respect

Plz your frien with boring