Rate this article "The Magnificence of Resident Evil 4"

The Magnificence of Resident Evil 4

Resident Evil is one of the best survival horror video game series about outbreaks of zombies and other monsters created by Umbrella Corporation while members of B.S.A.A. and S.T.A.R.S. slaughter them in the hope of survival. In most of its titles, Zombies are enemies but Resident Evil 4, also known as Biohazard 4, done it differently. Biohazard 4 features villagers, infected by the mind controlling parasite known as Las Plagas, who committed their lives to the cult named Los Illuminados.

A special U.S government agent, Leon S. Kennedy, is sent on the mission to investigate the abduction of President’s daughter where he travels through the several areas of nameless Spanish village and encounter villagers who were infected by the parasite. Later, Leon found himself captured by the villager’s chief and met a researcher, Luis Sera, and they both work together to escape but soon they separate their ways. 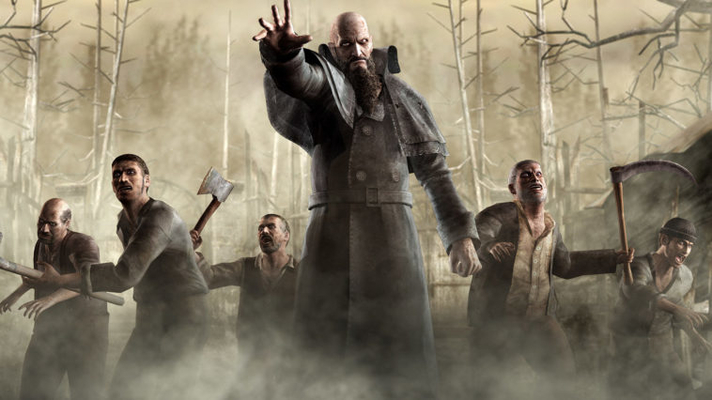 Leon finds Ashley in the room inside church and rescues her but later Saddler, Leader of Los Illuminados, reveals that Leon and Ashley were both injected by the parasite and he intends to use Ashley to manipulate President, and Leon as his ally. Leon with Ashley breaks through the church and takes refuge in a castle, owned by Salazar, but then become separated due to the trap. 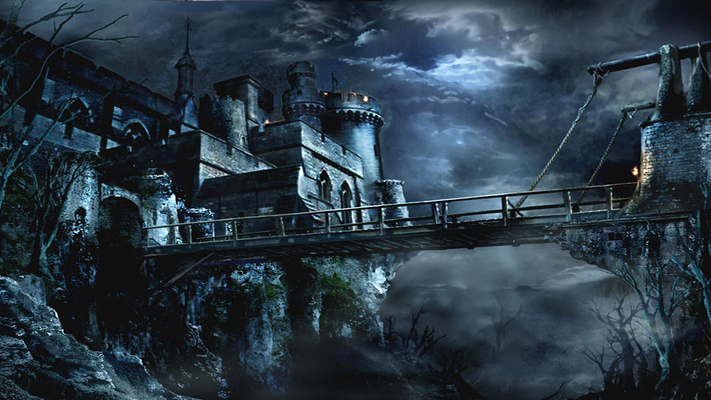 Meanwhile, Leon met with Luis again who give him pills to slow down his infection and a sample of Las Plagas but Saddler get succeeded in taking the sample back. While in the castle, Leon encounters woman in red, Ada Wong, and fought his way through the castle and escape with her and reach the island nearby. 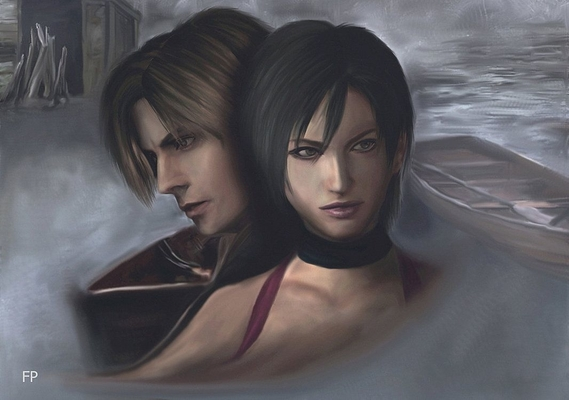 He was happened to find a research facility on the island and meet his old comrade, Jack Krauser, who was believe to be killed in a helicopter crash. Krauser took the Ashley as a hostage and was ordered to kill Leon but faced fatal defeat. Following, Leon removes the parasite from Ashley and his body with the help of equipment found in the research facility. 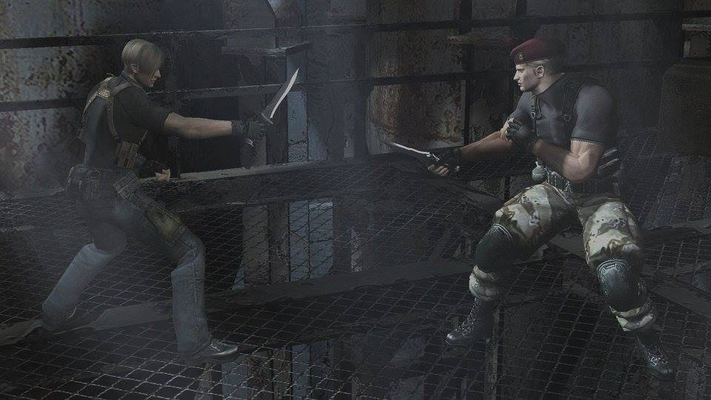 Resident Evil 4 was a hit in series and revitalized the series with its mechanics and intense gameplay. Graphics were mind blowing and A.I was really impressive for its time. Inventory system made the players to manage their belongings neatly to make space for further stuff. Player can also kick the enemies when they are in weakening state and you need to mix different herbs to heal. Game introduced the shop system, to upgrade and purchase weapons, in the form of Merchant. Player can also sell valuable items and gems to Merchant for the exchange of gold. Boss fights were super intense and there was always a fear of running out of ammo. 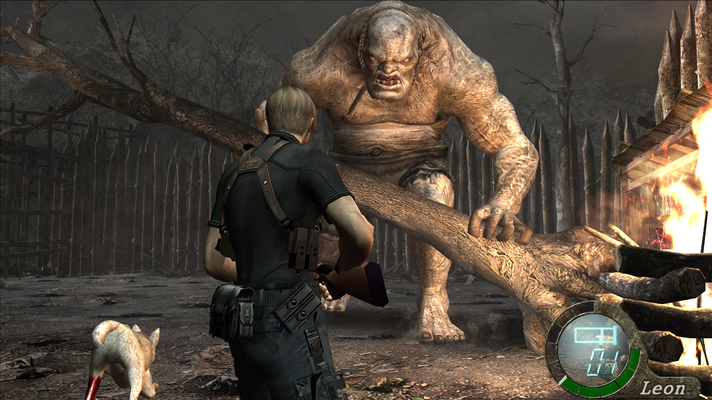 Puzzles are one of the best elements in the game which makes it so great. At first, you find them difficult but later realize they are probably the easiest in entire series.

In order to solve the portrait puzzle, you need to arrange the portraits until there are only six people left. 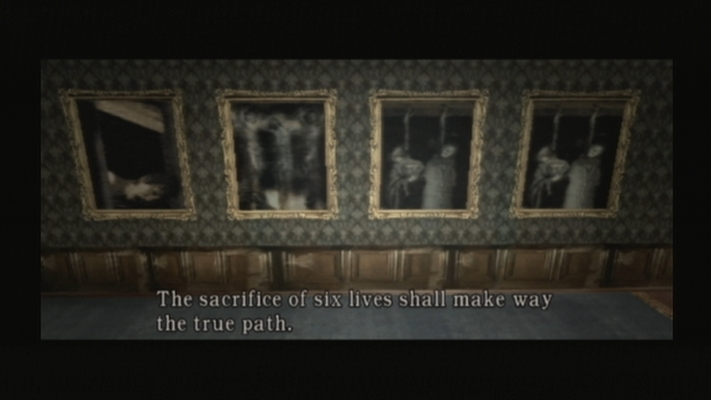 To solve this puzzle you, you need to slide the squares in such a manner that they form an image of the family crest. 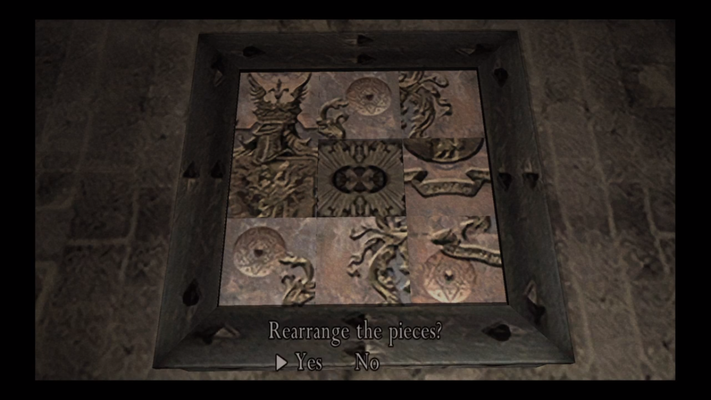 At the back of church, you will find a dial. In order to get catseye, you need to dial up three family insignias of the dead ringers which can be found on the top of different graves. 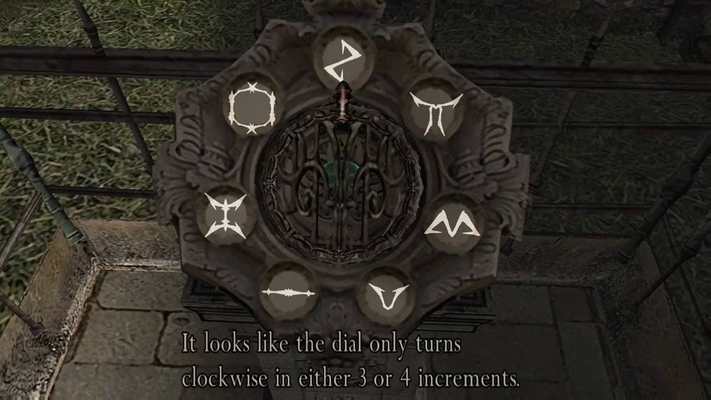 In order to solve this puzzle, you need to rotate the light in such an order that they form the Los Illuminados symbol. 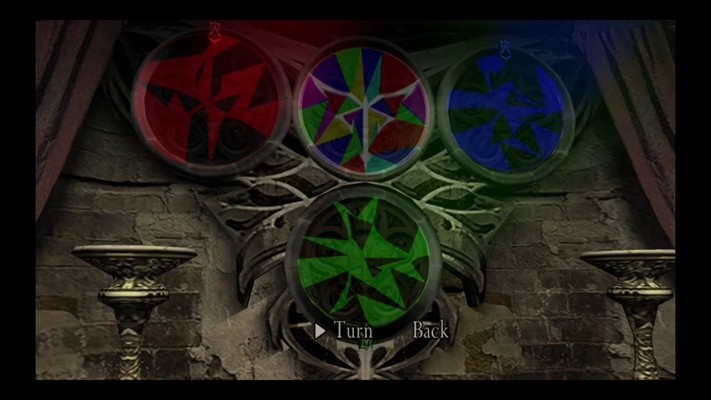 Puzzles really played an important role in making this game a hit .There are several other puzzles which players can find after further exploration.

After removing the parasite, Leon faces Saddler on the top of Island and with the help of Ada, he defeats Saddler. However, Ada takes the sample from Leon at gunpoint and escapes from the helicopter leaving Leon and Ashley behind to escape using her jet-ski as the island explodes. After ending the game, Player can unlock Ada Wong as a playable character, different outfits, new weapons, mini games, and re-experience the game with Professional difficulty. There are several versions of the game. We can estimate the greatness of game by the times, it is ported for different platforms i.e. GameCube, PS2, PS3, PS4, Wii, PC, Xbox 360, Xbox One, and Nintendo Switch. According to reports, Capcom is working on a Resident Evil 4 Remake. Hopefully at the beginning of 2022, we will be able to see Leon in action once more. 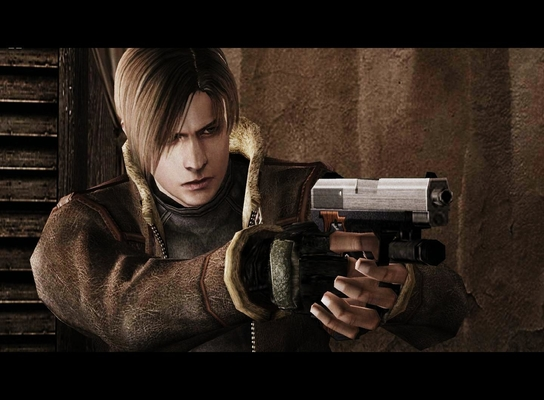 Rate this article The Magnificence of Resident Evil 4

I used to watch this game from youtube it was so nice now I am waiting for resident evil 4 remake.

Im a fan of the movies but i dont like the games ._.

The context-sensitive melee mechanic made it so that the game never got boring. RE4 was amazing at the time and it still holds up.

playing this game is the only ting keeping me sane in quarantine . i love it

I'm a huge fan of the series but to be honest after code veronica when they changed the gameplay i felt bad for the future of resident evil but 4 and 5 are still good games. Haven't play 6 and the rest

I had a Gamecube and played the demo, but didn't play this until the PS2 version came out with more content lol. Really good game.

This game is Hard as **** to play at some stages of the game.... but the game is good ! ther are other horror game like Amnesia wich is also nice game too. :)