Rate this article "The Evil Within- Review"

The Evil Within- Review

The Evil Within is an amazing game produced by Shinji Mikami, the legendary Japanese video game  producer knows for directing first few Resident Evil games.Basically, the guy knows his horrors, and the fact is that after his last Resident Evil game, the legendary fourth, the series completely vanished.Now, Mikami has gathered a new team at the Tango Gameworks studio and decided to repeat its success in survival/horror genre. If you have ever played any of his games, you will immediately notice his "signature" in The Evil Within. This is obviously not embarrassing, as evidenced by numerous direct references to his previous games.

When you remove that silly smile from the face that causes various reminds, you realize that you go through the game without  feeling it right. It's just hard to get in touch with characters or keep an eye on action, which is itself complicated enough. The main character, Detective Sebastian Castellanos and his partners, Joseph and Kidman, somehow find themselves in an alternative version of reality when they arrive at the scene of a brutal crime. 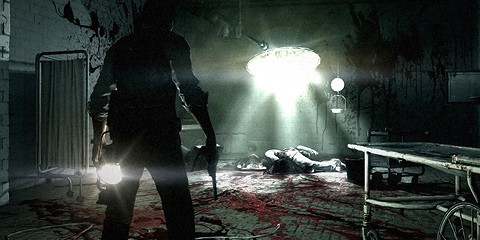 Unfortunately, Sebastian is really boring person. Through various documents from the beginning, you will learn some background things about his difficult past, which is a good foundation for a strong character, but on the screen he is completely devoid of any emotional reactions and almost disengaged from happening. Joseph and Kidman show a little more life, but they continue to shuffle into action and then suddenly exit from these alternative version of reality.Before I came to the half of the game I had already completely uncovered the most details in the story and focused on just playing. I'm sorry about that, because the story has its subplots and breakdowns, the atmosphere is ingenious thanks to the pure design of the level, both visually and conceptually. The idea of unstable reality works well with excellent sound and visual effects and a musical background. The environment is changing rapidly and unexpectedly: from the dark forest and the abandoned castle to the cold tombs, the lightning in the city, or the roaring labs. Just when you learn in your environment and begin to feel secure, you play straight to a completely different ambience, even more beautiful and more gruesome than before. 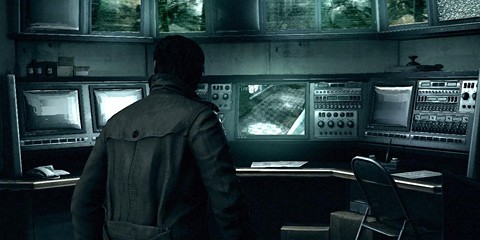 This approach puts game story and linearity in danger, but The Evil Within skips those impediments its own way.Because of this the game story suffers again.There is no major, magnificent event whereby the whole situation is moving. This is a game of a multitude of smaller, sudden scenes that will keep you on the edge of your chair. This element of surprise plays the biggest stake in it, because otherwise regular boss meetings across all fifteen chapters quickly get bored. I learned very quickly that the chapters do not mean anything at all, some have lot of escapes and jump-scares, and others have bosses when you doesnt expect them. The battles are also uneven. Some of them you will pass without problems, but on other boss levels you will need to die to figure out what to do.

But the bosses are not all that is shining. Resources and ammunition also shine in the dark and it is the scene that will most surprise you. I am very pleased that the game does not have a typical boss fountains as it may be a common case in this genre,but you will learn quickly when you will meet with a multitude of opponents and take advantage of it for your benefit  The whole game is covered with traps that you can use in different shapes, allowing you to just dictate your game mode. Are you going to preserve matces for dead bodies or fire a gas can on the floor and slow down zombies? Will you break apart the trap and make an arrow from trap parts or will you draw enemies on the trap? 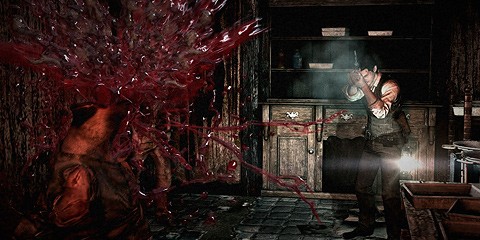 Such decisions are based on a large part of the game. There is a stealth approach, but opponents are too good to rely on stealth. Apart from the boss, most enemies do not vary too much. All of them are very well modeled, scary and in their own way unpredictable, can they even use firearms, but you will be able to solve them in the same way. Fortunately, there is a system upgrade that further deepens your personal choices and approach situations. You can increase your physical abilities to survive, which is a good idea because it is shockingly easy to die. But you can also sacrifice a second of sprint and boost your shotgun, gun, or any other weapon.The use of all weapons is as satisfying but it is very difficult. Sebastian Castellanos  hands shakes as he run, the enemies do not die if you do not get their heads off and burn them.

I would say that this is the most powerful thing of The Evil Within. With all the surprises it prepares, the most extreme are the ones you are guilty of. You are never safe in The Evil Withinbut .I'm so sure this game would be a new cult classic if it had something more interesting story and characters, at least a more convincing protagonist if nothing. Nevertheless, the game is worth playing for the ultimate atmosphere and tense horror that is still well-maintained for about ten years old roots.

Rate this article The Evil Within- Review

Is it horror game yes or no?