Rate this article "Review of the game: Nioh"

Review of the game: Nioh

Imagine Dark Souls with samurai and you will get something similar to the new PS4 exclusive that leads us into the medieval Japan concealed by demons. Maybe it is a cliche but some games are easiest to describe as combinations of several other games. When such descriptions are encouraged and the developers themselves proudly point out their sources of inspiration, there is nothing left for us to accept them. And one of these games is Nioh, which is easiest to describe as a combination of Dark Souls and Diablo, along with the Ninja Gaiden.

Namely, the new game of the Japanese study Team Ninja combines the elements of the action RPGs we enjoyed in Soulsborn games with a loot system that no Diablo would ever have got rid of. There are both challenging opponents and bosses, great levels with intertwined roads and dangerous traps, and the ability to lose lost XP points after death, which are not called 'souls', but 'Amrita'.

In addition, Nioh also offers a bunch of weapons and sets of armors that will leave the deadly opponents behind, as well as a special crafting system, skill tree, special attacks during which you are invulnerable, but also a story presented in classic cuts where you will enjoy the missions .But as a whole, Nioh is much more than the free amount of its parts. 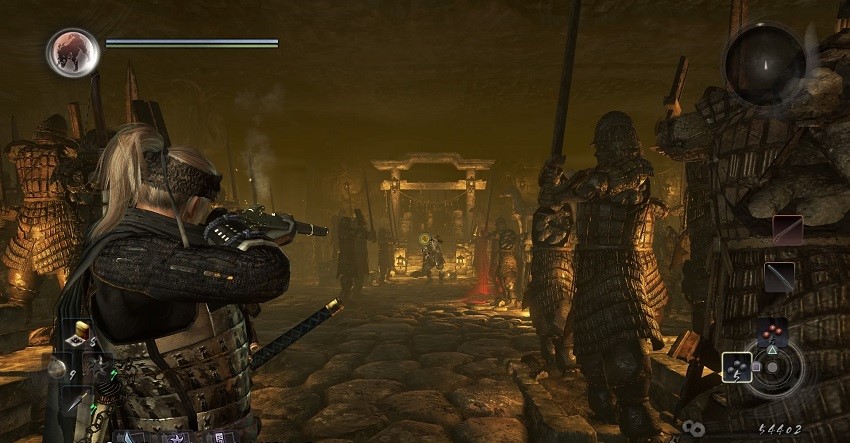 The story of the game is followed by William, a blonde Irishman who ends up in Japan at the beginning of the 17th century, where he will try to play the role of the samurai, while trying to put an end to the mysterious forces wishing to acquire the magic Amrita of precious stones, which will contribute to distorting the balance between the power of good and evil. And given that the aforementioned balance in the outburst of the Earth has already been somewhat distorted, Williams will welcome not only the mutual conflicts between the shoguns, but also the various demons on the banks of Japan.

Thanks to such a setting, richly interesting locations scattered throughout feudal Japan and followed by a repertoire of opponents made up of any ninja, samurai and demons inspired by Japanese folklore, exploring the world in the game is pure pleasure. Especially because Nioh, just like Soulsborn games, requires players patience and the will to master complex systems and gameplay mechanics. 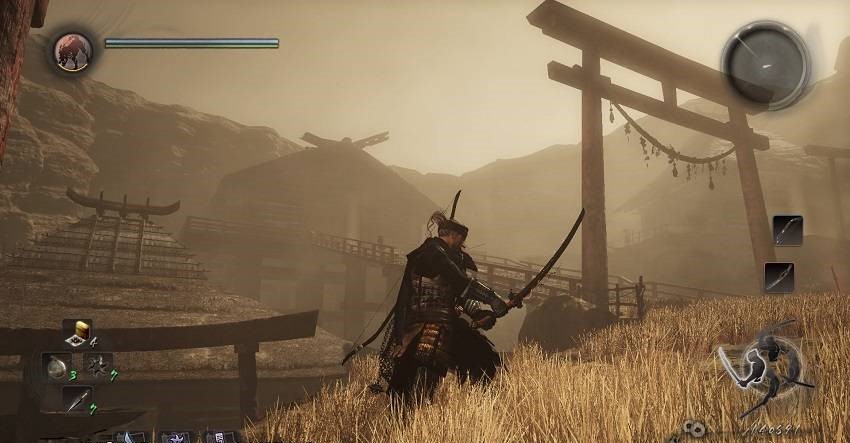 The basis of the game, therefore, is an action RPG in which you will wander at large levels, by slowly unlocking the acronyms and finding new altars that will serve you as a checkpoint that you can endure with which you can take a break, safe from the opponent's attacks. Of course, after activating the checkpoint - or after praying in front of the altar - you will refresh your health and supplies of health elixirs, but at the same time you will revive all killed opponents (except bosses and certain demons). And if you run somewhere halfway between the two altars, at the place of death, you will leave all the XP points collected, which you can only regain if you arrive to them without re-starting.

But, unlike the Soulsborn Games, Nioh adorns the world with a slightly different structure - instead of at the associated levels, the missions will take place in totally separate locations, which will be chosen on a special map, from which you can access both new missions and those you have already finished. And besides the main ones, Nioh also offers side missions, which will usually take place at the levels you've already visited, but with different opponents, and often with different weather conditions and at other times of the day.
The side missions in the game are quite diverse - in one you will wander at a great level, in the other you will need to eliminate a group of opponents in a smaller arena, and in a very ten, you will fight one on one with the dangerous samurai that caused you to a friendly duel. 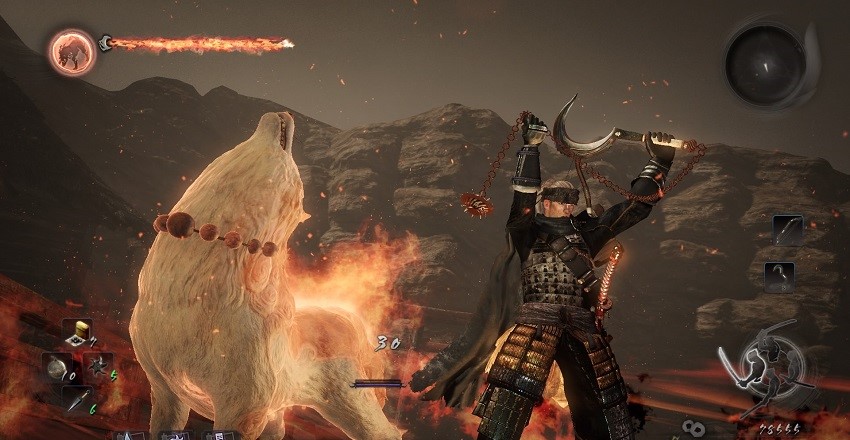 As you wander at these levels, you will constantly encounter various opponents, which will vary from ordinary bandits, through dangerous ninjas and samurai, to huge Yokai demons. And each of these opponents can eliminate you without much distress if you are inattentive - one combo attack is usually more than enough to send you back to the last altar.

Even more dangerous than regular opponents are the bosses (who would say), who would often be able to act invincibly - at least until you slow down and consider all the options that you have at your disposal. If you, for example, one of the bosses is constantly distant from the attacks that paralyze you, perhaps it would be high time to equip the armor with a bonus to defend against paralysis. And if you approach him by the way, you will force him to turn his melee moves, leaving paralyzing long-range attacks on the side.

And here we come to several gameplay mechanics that distinguish Nioh from the competition - first of all, during the fight, you can switch between three points: low, medium, and high. Attacks in a low attitude spend a little bit of stamina and allow you to quickly escape from the opponent's attacks, the middle attitude is good for those who equally like offensive and defensive approach, while the high position allows slow and strong attacks, which at the same time consume large amounts of stamina. 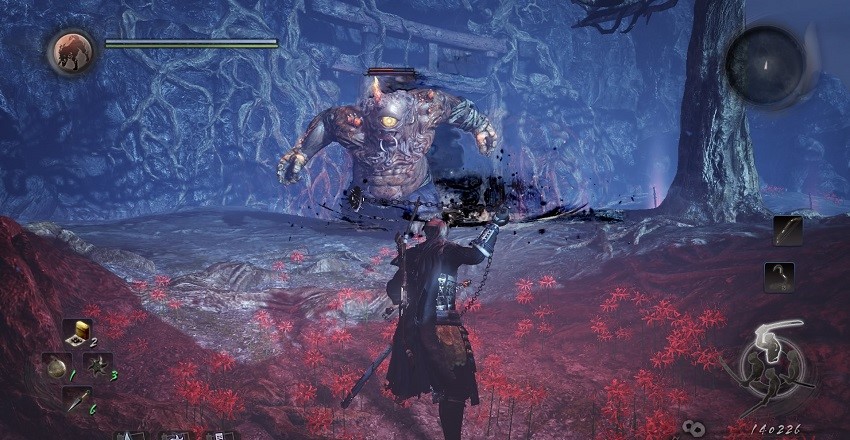 And it is precisely in the system of regeneration of the stamina that one of the best mechanics in the game is hiding. Namely, each of your attacks consumes a certain amount of stamina, which you can instantly regenerate by pressing the R1 key at the exact moment when the ladder scale fills up to the point you started to spend in the previous combo attack.

And best of all, there are several other people involved in this system, which you will have to reveal yourself (it is clear that this review would not become longer for a few thousand words), while I will only mention you how with different katana , axes and spears, use long-range weapons regularly. In particular, at your disposal you will have arcs and arrows, as well as various guns, which are quite useful tools for eliminating small opponents, which you can often fix with a precise shot at their weak point. And then there are skill trees for each type of weapon, special ninja skills, some magic, and also the guards of William, who bring him additional bonuses and allow them to temporarily become invulnerable, causing even more damage to opponents. 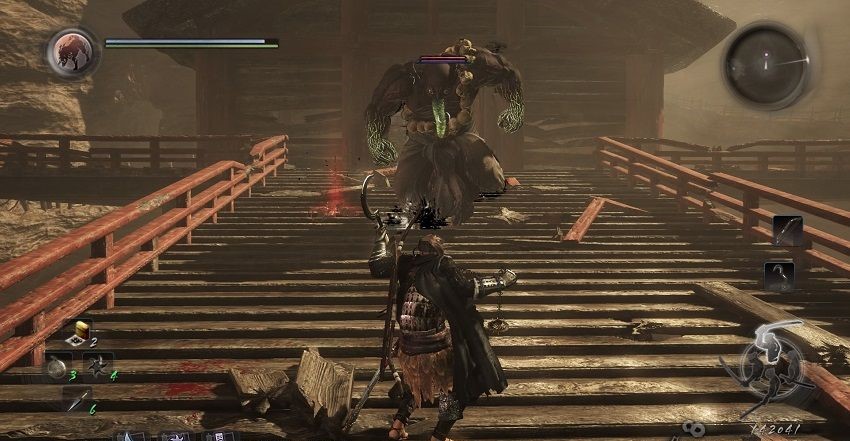 In essence, the only complaint that after twenty hours of socializing with the game can be remembered is the absence of autosave that would rescue the position constantly, since Nioh currently saves your position only when you start or finish a certain level, and then when you pray in front of the altar. In other words, you can not pause the game by going to the main menu, as you could in Dark Souls, since Nioh will always return you to the last visited altar after loading the position.

By smart combination of elements and mechanics in which quality we could be convinced in other studio games - and especially in the titles From Software - Team Ninja created a game that, truthfully, started the footsteps of Dark Souls, but which in the meantime has found its own way. And the game you just have to play if you love a challenging action and if your Japanese mythology is an interesting and attractive one.

Rate this article Review of the game: Nioh

As you wander at these levels, you will constantly encounter various opponents

Good work as always, keep it up!

This is surprisingly good article. Providing the information that is based on the facts instead of opinions which are better than those are.. great work.

wow great article, have wanted to see an article of this game before, and it looks nice.

P.S.
No copy-paste-translate others people's comments from someone above