Rate this article "Review of the game: Agents of Mayhem"

Review of the game: Agents of Mayhem

Agents of Mayhem is one of the games that is easiest to describe as a combination of several other titles - there are the mysterious Saints Row universe and humor, a vivid line-up of characters with unique skills that recalls Overwatch in memory, as well as the chaotic action that is most easily described as Diablo from third party. And, most importantly, it's an extremely fun combination of these games.

The story of the game follows the members of the address agency, whose name is actually an abbreviation of Multinational Agency Hunting Evil Masterminds, which will fought against Legion in a futuristic version of Seoul, an organization whose name says everything you need to know about them, since Legion is in this case an abbreviation of the League of Evil Gentleman Intent on Obliterating Nations.

Of course, these abbreviations are just the tip of the iceberg, which is a humor of humor, so that during your entire Mayhem adventure you can count on a relaxed atmosphere and a solid, although sometimes cheap jokes, present both in dials and cuts, and in short but sweet descriptions various skills and weapons to which you can equip your characters. 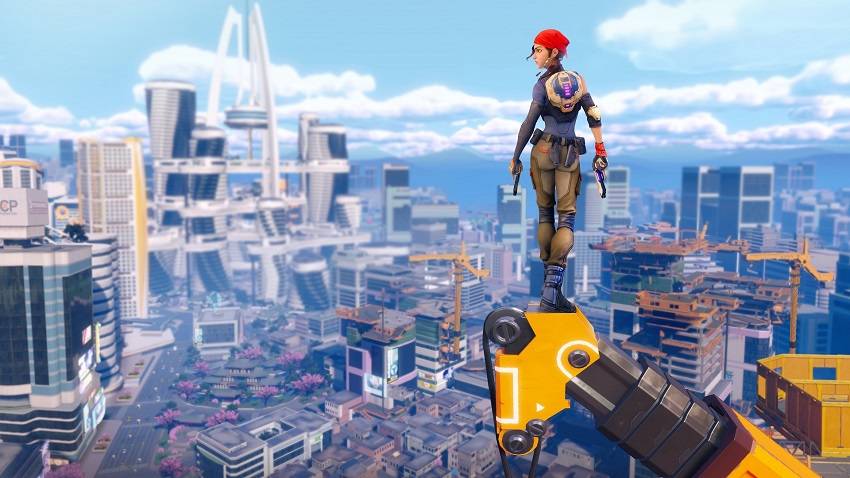 And these characters are the main stars of the game - namely, Agents of Mayhem you can play with 12 completely different agents, each of which has unique skills and access to action. Hollywood is such a typical star of action films, with skills that focus on automatic weapons and huge explosions, while for example Daisy will roam around on their rolls and eliminate opponents with huge miniguns.

But different characters and their skills are just one aspect of crazy Mayhem action, since you will have a threefold leap from the very beginning - with each character - which increases your mobility and makes it easy to access and search for special crystals scattered across the map, with which you will unlock new skills for your characters.

In addition, during the game you will find new weapons and accessories for them, which will allow you to adjust your favorite agents even more to your game style, but also to think about tactics when choosing the team you lead to missions. 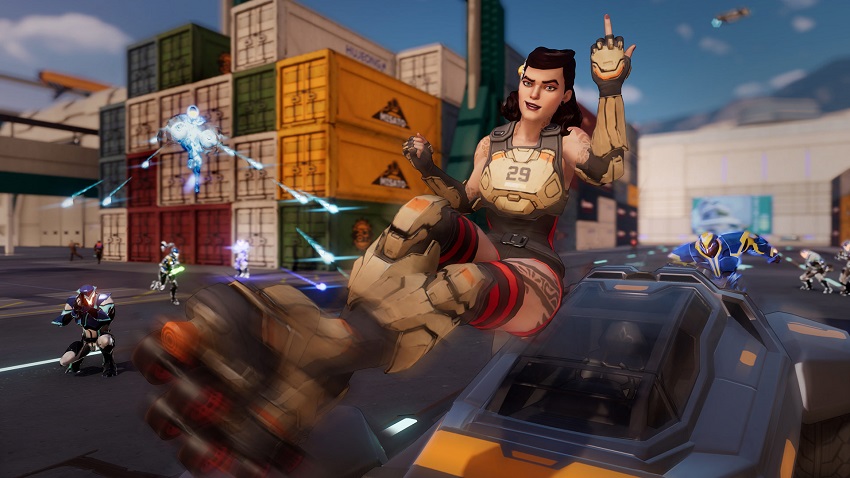 What kind of team are you, are you wondering? In short, Agents of Mayhem offers a system similar to the tag-team of the martial arts, such as Marvel vs. Marvel. Capcom - while you fight with one-person adversaries, the other two characters will be ready to step into the action of the push of a button, whether in this way you want to wait for the wounded agent to regenerate health and shields, whether their weapons and skills at that moment more useful than the weapons and skills of an active team member.

These systems allow you to approach each mission in a different way, combining different agents and their skills to adapt to the adversaries who are waiting for you, but also to the chosen level of difficulty. However, no matter how the core of the game, or its charming facial setup and chaotic action, were dear, Mayhem suffers from several problems. First of all, the game will not adequately give you the knowledge of wounding, which makes it difficult to estimate the right moment to change an active character or escape to the shelter without constantly staring at the health bar. 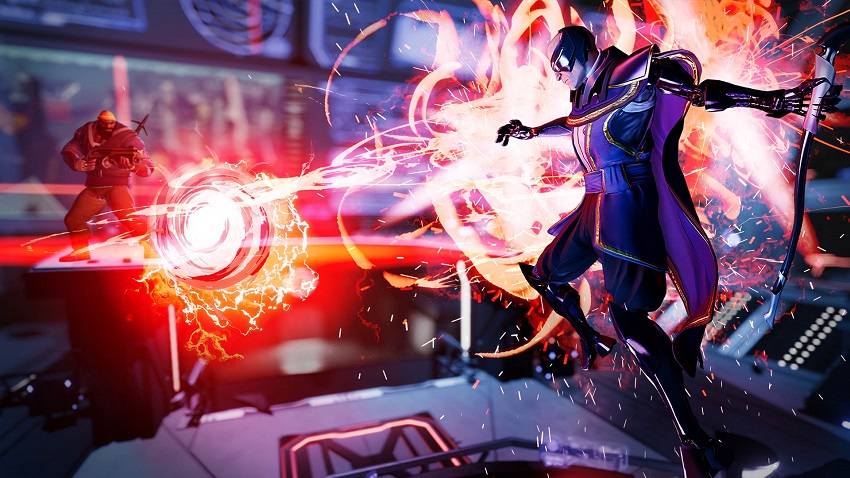 When everything is collected and subtracted, there remains a rather charming game with a diverse set of characters and a chaotic action that may not be supported by excessively imaginative activities, but it's amusing enough by itself that in Mayhem, as in Diablo, you will enjoy the defeat of the opponent by combining the crazy skills of his characters, by the way, laughing at their jokes and humor as we expected from the new game of the creator of our beloved Saints Row.

Rate this article Review of the game: Agents of Mayhem