The story of this part in Brazil, Max works as a security guard in one of the rich families and as usual as long as Max between exist to confirm the problems behind him, one of the gangs kidnapped the wife of this Brazilian rich and from here start Max adventure through the poor neighborhoods of Brazil and its rich shortfalls to try to save the girl, During the story you will learn a lot of sudden events by knowing who is really with you and who is trying to eliminate you through many and many video clips to tell the story.

Away from the story of the main game will play with the character of Max different periods of his life remember the past and how he reached this stage where we find an alcoholic who is desperate of everything in life, you will know the full story here and really trying to eliminate the former cop cop with a long history with betrayals and Revenge, the story of the game is very beautiful and how to put forward give you the feeling that you are always in front of a producer with an excellent production cost but exaggeration of the film was very clear because the game is not long and will spend a long time and you see the scenes of the story, despite the quality and the beautiful story provided by the game but will come out A sense that you're watching a movie being more than play the game.

Like the usual games Rockstar and open world games or action This game presents very beautiful drawings, the way to portray the poor neighborhoods of Brazil and football stadiums and even the palaces of the rich really appeared perfectly with a realistic sense of what is going on around you, interaction with the backgrounds also excellent you will see the impact of your shots on anything that hits Or destroy it, even cars that exist only as a background If you vote your bullets to the wheels you will see them explode and emptying the air from the beautiful space. 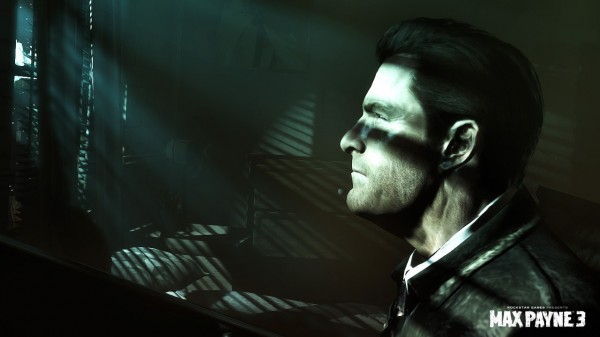 Also good designs for the enemies and most importantly the way they are affected by bullet shots that differ in the way they hit the body and you will see a very wonderful effect of some of the shots you see penetrating the body or the head of your enemy in a very criminal manner (how come a criminal word with a very wonderful?), Great in many areas where the action exciting and watching the shots flying in every direction and everything about you is broken and with very different stages such as speedboat ride and other will come out with a very excellent impression of the drawings in general but ...

There are many, many technical errors that appear in the game, I remember that one time I relied on a wall to find it and crashed like a bullet was fired on it! And once you pass through a very strange closed door, through this game you will see a lot of technical errors that affect the evaluation of fees in the game, there is also a problem with the introduction of the game, I mean here that the development team put a strange choice of colors appear scattered with the sections of the story show Over and over again weary and it is very annoying too.

This is a very luxurious product, a great collection of good tunes and excellent performance of the voices of characters, there may be another problem here too when you choose to appear on the screen where you find it going very quickly and beyond the dialogue of the characters very large and strange and here Return to the point of technical errors that appear in the game. 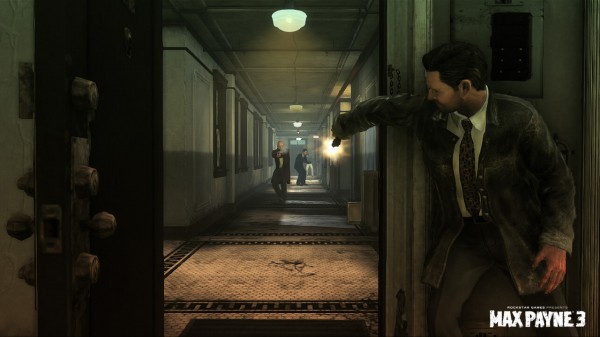 The most important question is, what did Max pain offer in its third part? The answer was very easy. I made a very nice action game but it does not add anything new to the previous series. Did you try the last two parts? If the answer is yes, here it is all the same, it seems that the absence of the development team Remedy from the picture made Rockstar, and specifically the team behind the game is walking by standard standards to exceed by providing the method of play while maintaining the main system of play, the main idea presented by the series Max - The time and game depend on this thing dramatically.

You have to slow the time to defeat the enemies easier when they gather on you and also use this option as a defense when you see a lot of shots moving towards you slowing down time so you get a chance to escape and eliminate enemies, this system is very wonderful time to play and will be very excited and begin to innovate trying to eliminate On the enemies and you appear in the form of (cool) and you fly in the air very slowly and slaughter a large group of enemies at the same time.

Certainly as the majority of action games in the market here you hide behind the objects and appear to launch bullets, it is distinctive game that it gives the game a lot of different methods of play so you find yourself fighting enemies from the helicopter and sometimes by speedboat and other, here there are no puzzles and there is nothing but The game is a one-shot killing system with a terrible bloody scene but it applies to you. Sometimes a bullet will be enough to kill you if it is directed at the heart or head directly. 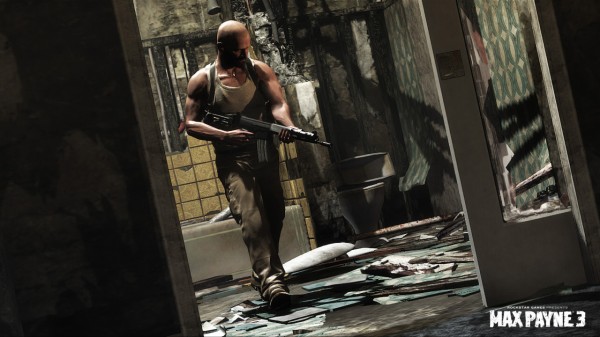 Well, Max-3 is a very nice action game but also like with graphics, the game has other problems with the game system. First, the artificial intelligence of the enemies is almost non-existent, you will not find the enemies here hiding cleverly, and you will see some of them approach you very strangely as if searching for death (Well, where do I find a criminal to meet this time!), The second problem is that the game is very "programmed", I mean here sometimes you have to do things compulsively and if you do not do it you will feel that the game no longer knows what to do? Well, as a simple explanation in one of the areas of the game you will have to defeat sniper place high, you have to approach him to eliminate it and you will find your friend calls your name and tells you not to stand in a certain place and repeats the sentence again and again until moving as if the game requires you to go to a specific place "programmed" and you can never get out of this thing Only to fulfill the request of your friend who will still be screaming.

Max pain3 game offers a good story ranging from 8-10 hours of play with different difficulty levels and golden pieces of weapons you collect. There is also the stage of playing on the net, which is divided into two different sections, one of which makes you choose a team and you kill the competitors or perform a specific task each round in one One player-developed zones and another called Painkiller where you kill your competitors individually.

Sick game! And good article! I almost forget this game exists, will try to watch some gameplays on YouTube! Nicely done.

Should be better than its movie

Good see u for another

I also loved this game.Satisfied after playing

The article itself is great. But I suggest you to add sections as to stand each of your paragraphs refering to what sub topics. Otherwise, it is really hard to acknowledge.