Evil Dead Regeneration is a third-person shooter, developed by Cranky Pants Games and published by THQ in 2005.

The horror movie “Evil Dead” was so bad, it was good. The game is so bad… It’s just plain bad. You probably know the story: Ashly 'Ash' J. Williams and the gang who spend their weekend in the middle of a forest, discover a book of the dead called Necrocomicon. After reading the book, they summon the Evil that possesses people one by one, and chopped limbs, flying head and other body parts start to fly all over the place. While the first two were mostly horror movies, the last part of the trilogy was more a parody of the horror than a genuine scary movie. The game is more of the same. Basically it's a fairly generic and short third-person action shooter with no trace of fear. 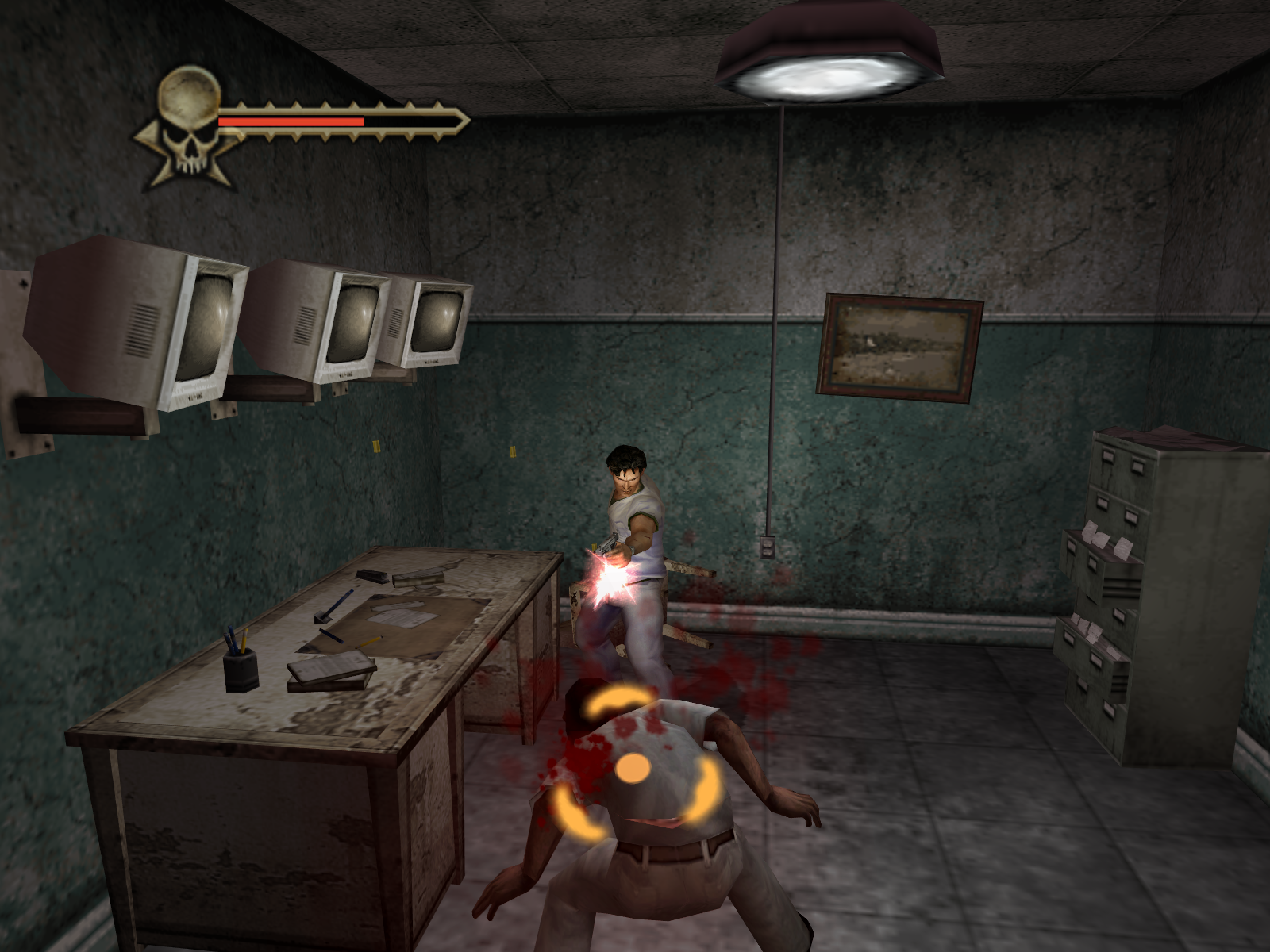 The funny part comes from Ash and his new companion Sam, half-dead midget, failed science experiment conducted by Dr. Reinhard, the villain of the story.  The well-written dialogues between these individuals are in fact the best element of the game. Funny exchanges are plentiful: Sam tells jokes while Ash cynically comments and threatens Sam with dismemberment. The good part is that Bruce Campbell reprises his role as Ash, and Sam is voiced by Ted Raimi (you’ll recognize him when you hear him).

The game is quite boring and didn’t age well. Graphics are bad and textures are disgusting (not talking about zombies). There are ten stages (in which you can collect bonuses that unlock cool sketches and videos with comments from Bruce and Ted). The biggest problem with the game is that each stage plays exactly the same: first you have to fight past the hordes of the undead and couple of simple puzzles. Then you reach a gate that’s protected by a boss. But you can’t defeat it until you collect three ghosts that fly into Sam. He then runs to the boss and you have to protect him. And finally, you kill the boss. Not too complicated and the shooting is fun. You can hold two weapons at the same time (can choose between pistol, shotgun or rocket launcher for the left hand, and chainsaw, harpoon or flamethrower for the right) and use a few fight combos. You can also block or transform into a demon when you collect enough energy, but you won’t really need it because some of the weapons are just too strong and the enemies too stupid. Game’s auto lock-on feature makes it a little more difficult because the game can never decide which enemy to choose, sometimes it even locks on an enemy that’s outside your field of vision, but that’s only a small nuisance. The puzzle, where you take control of Sam, are interesting and all, but they too get repetitive. 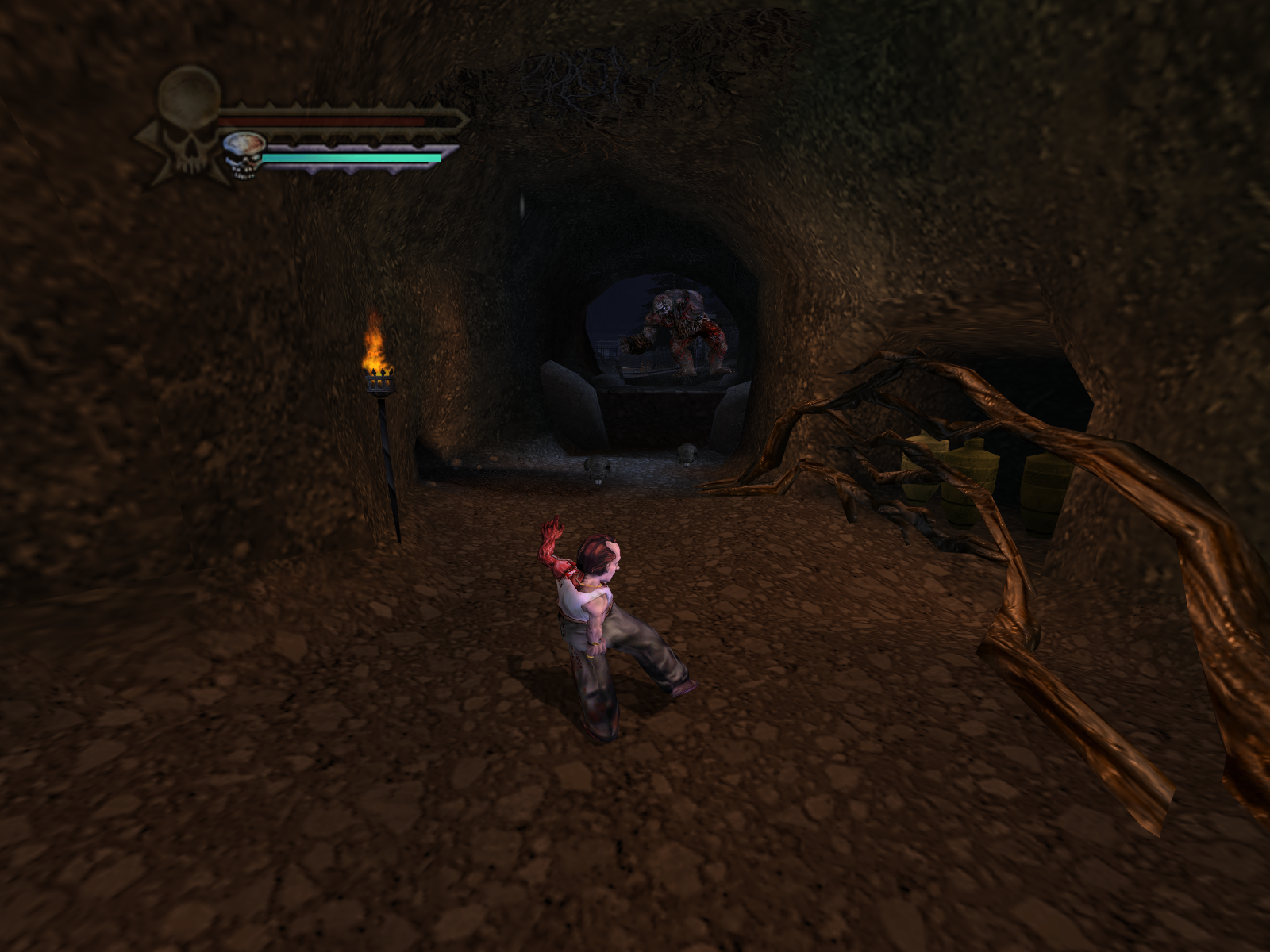 But if you’re fine with a generic game, you can use one afternoon to finish it. You can complete in in five or six hours.

Never heard of this one. Seems

maybe remove the underline style in every paragraph title, and put some indentions in your paragraph?

This somehow looks worse than a console game of its time. 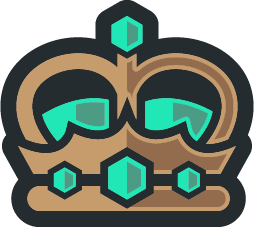 Never heard of this one. Seems like proper work, so yes from me.

Thx for the review man.