Rate this article "Remnant From The Ashes: A new start"

Remnant From The Ashes: A new start

THIS IS NOT PLAGIARIZED OR A SPAM
I wrote this article fully by myself and not a single word here has been stolen from any other site. So please do not dismiss this as a spam or plagiarism. If you liked the content, please leave a like and comment to let me know any suggestions for my future articles.

After being out on Epicgames for free this past week, the remnant from ashes fan base has seen some truly EPIC rise.

Remnant From the ashes is an action RPG third person survival shooter game based on the plot of a post-apocalyptic world controlled by monsters called the ‘Root’. It’s a Dark Souls type shooter with some interesting plot points and unique ideals. It was developed by Gunfire games, the same developer of Chronos and Darksiders series; and published by Perfect World Entertainment.

In this distressed world controlled by the Root, the player is a wandering survivor whose main drive is to put an end to this monstrosity by traveling to this tower on an island which appears to be the core of the apocalypse. 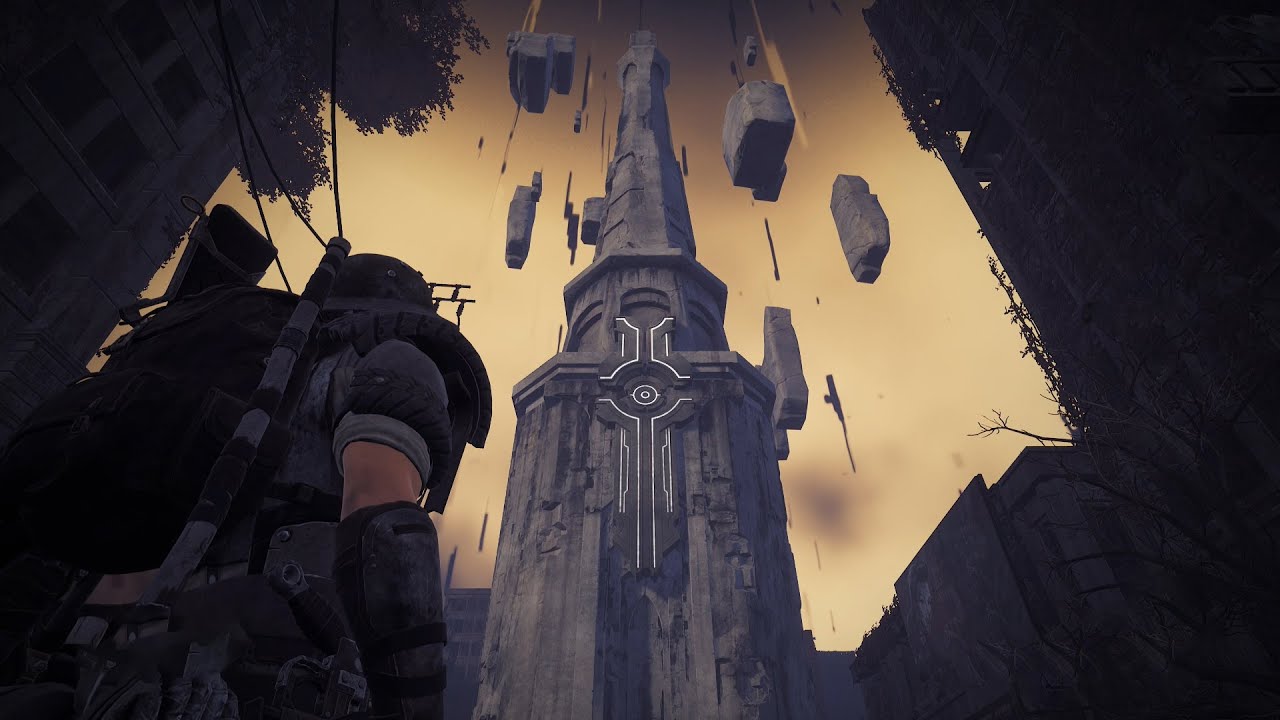 The player reaches the island after facing storms and fighting giant waves of the roaring sea. After gaining consciousness, the player finds him/herself on the abandoned island and starts searching for the tower. While searching, the player finds a lone man in front of the gate of Ward-13 trying his best to avoid his demise by fighting off the Root. But as they were more in number, they quickly overwhelm him and despite the player’s attempts to save him, he dies from injuries. 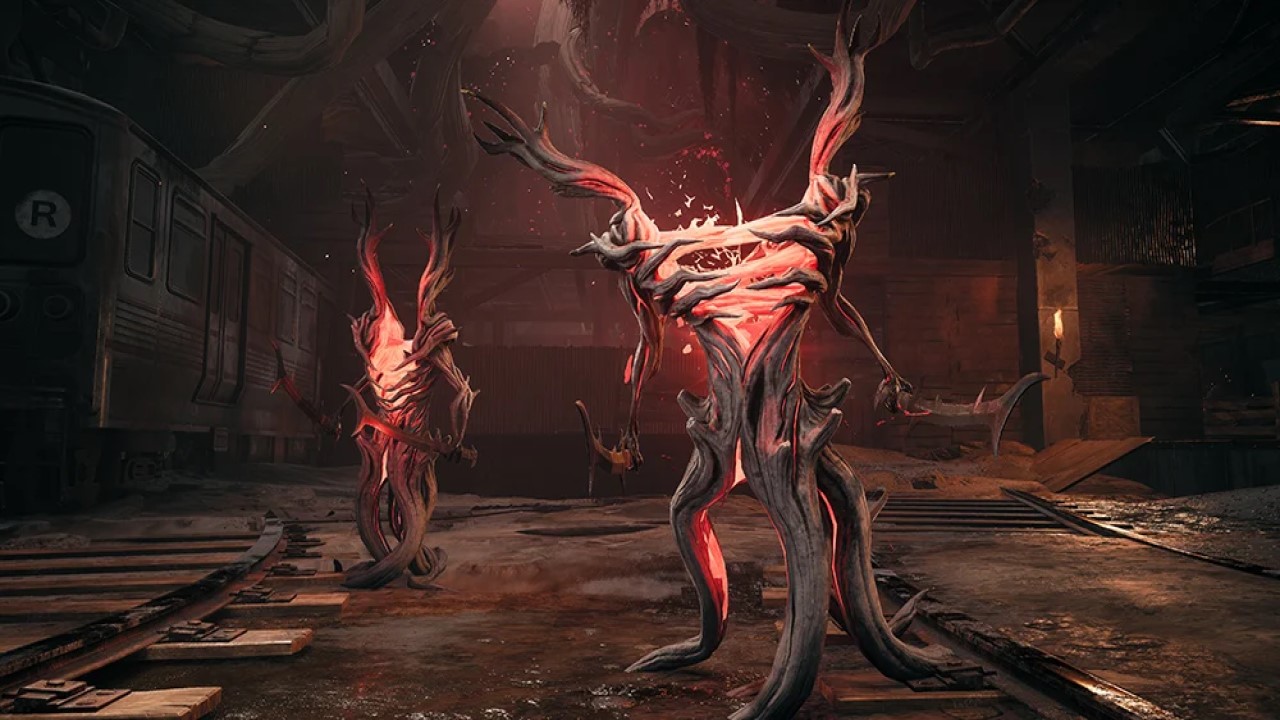 The player then gets caught in the middle of the hoard and takes some damage losing consciousness. After waking up, the player meets with Commander Ford of Ward-13 and starts their journey after activating the D.E.L.T.A Key. The story then revolves around the island, the Roots and the Root bosses, the tower, the beginning of the apocalypse etc. 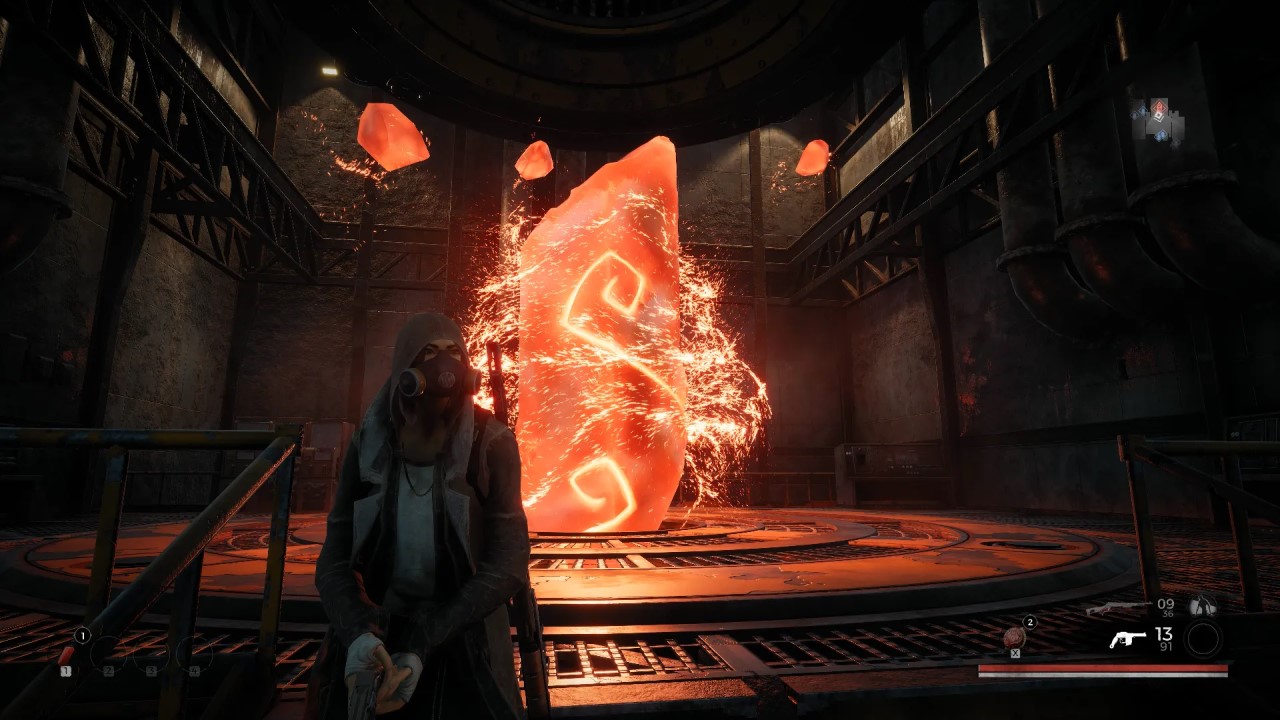 The gameplay is definitely not very unique and at times might feel repetitive. While helping Ace in fighting off the Root, the players are given the option of choosing their preferred class among the three available ones. 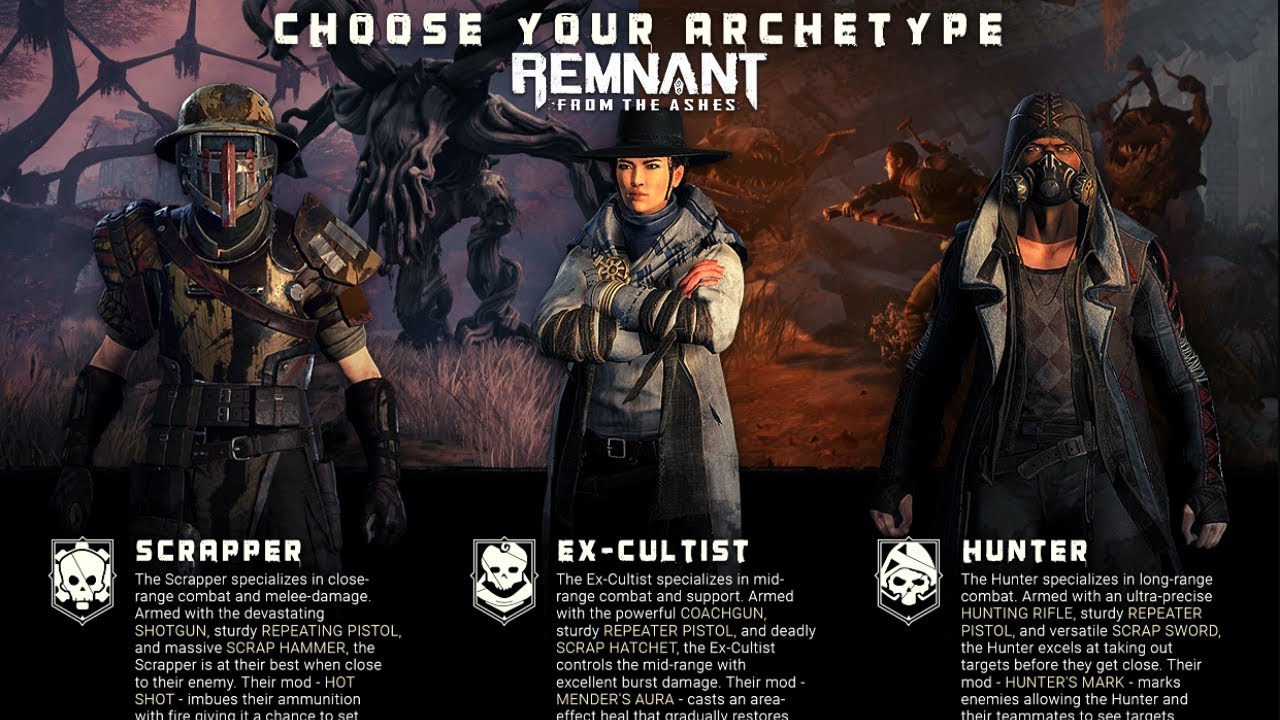 The Scrapper is mainly a melee based class that deals damage using a shotgun and a strong melee weapon. The Hunter uses long ranged weapons that deal a very good amount of damage but their melee strikes aren’t that useful. The Ex-Cultist is an in-between the previous mentioned classes that uses both melee and long ranged weapons to deal damage.

The main and the biggest flaw of the gameplay is that there is no locking system. So it’s a good chance that you’ll miss most of your melee attacks and end up dead for not being able to control your camera (How Dark Soul-ish). Besides this major flaw also makes the Scrapper class almost useless. This game really rewards you (not literally) for using long or mid ranged weapons as some of the enemies become a serious pain to kill with a melee or closed combat attacks or even with a shotgun. It is also definitely wise to use long or mid ranged weapons during boss fights.

A positive side of the gameplay is the shooting, which is really smooth and amazingly satisfying and this also makes the Hunter class most fun and addictive to play.

The boss battles are truly the strongest part of the whole game. The boss designs and abilities are quite unique to each other and does indeed leave a sense of satisfaction after defeating one. 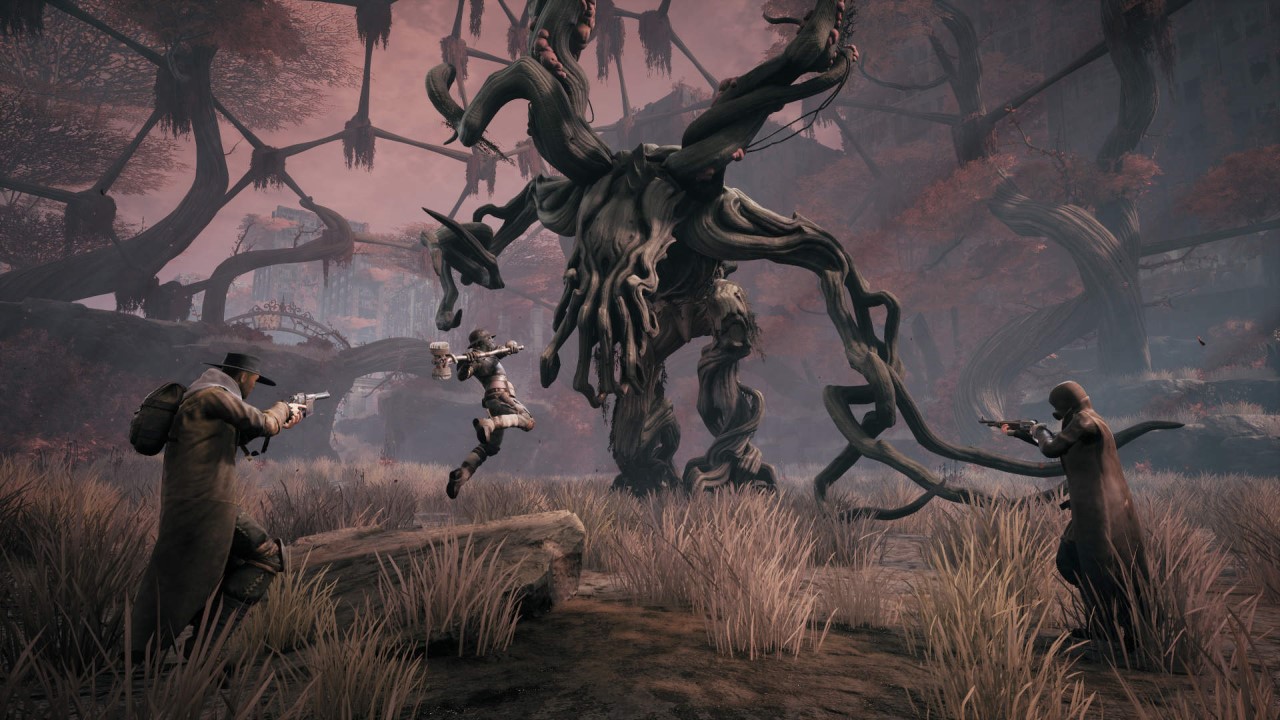 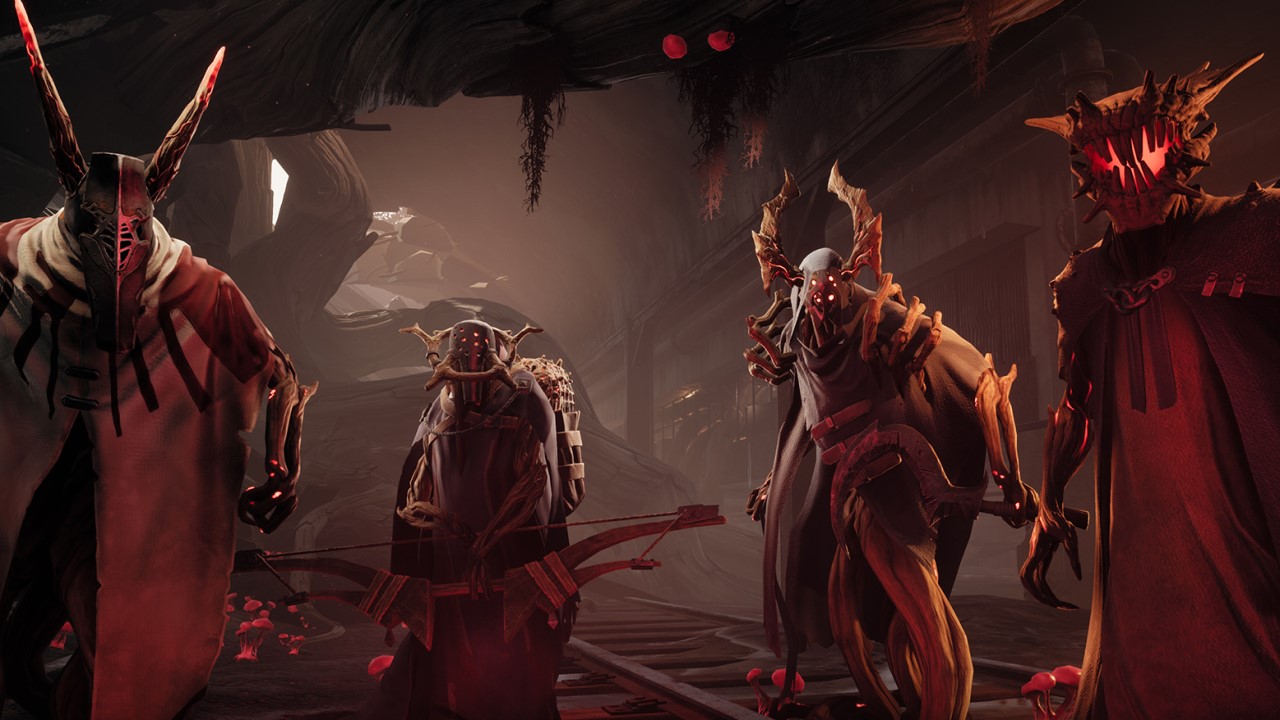 The crafting and leveling system is very basic. You really don’t get that much resources required for crafting but once you do level up your gear specially the guns, it almost becomes impossible to die. You’ll find almost no health consumables except the Dragon’s Heart which has the same functionality as the Estus flask from Dark Souls. One of the guns from each class has a mod or effect. The Ex-cultist in this case can cast an area effect heal that gradually restores health. So there remains almost no necessity for collectible healing goods.

Visually Remnant from the ashes is beautiful but nothing extra ordinary. It’s definitely not the most stunning game out there but it certainly gets the job done. But some of the parts of the game is absolutely stunning and really knows how to set the mood. Some of the abandoned parts of the island sends chills as distant screams and squeaking of metal wired doors can be heard. 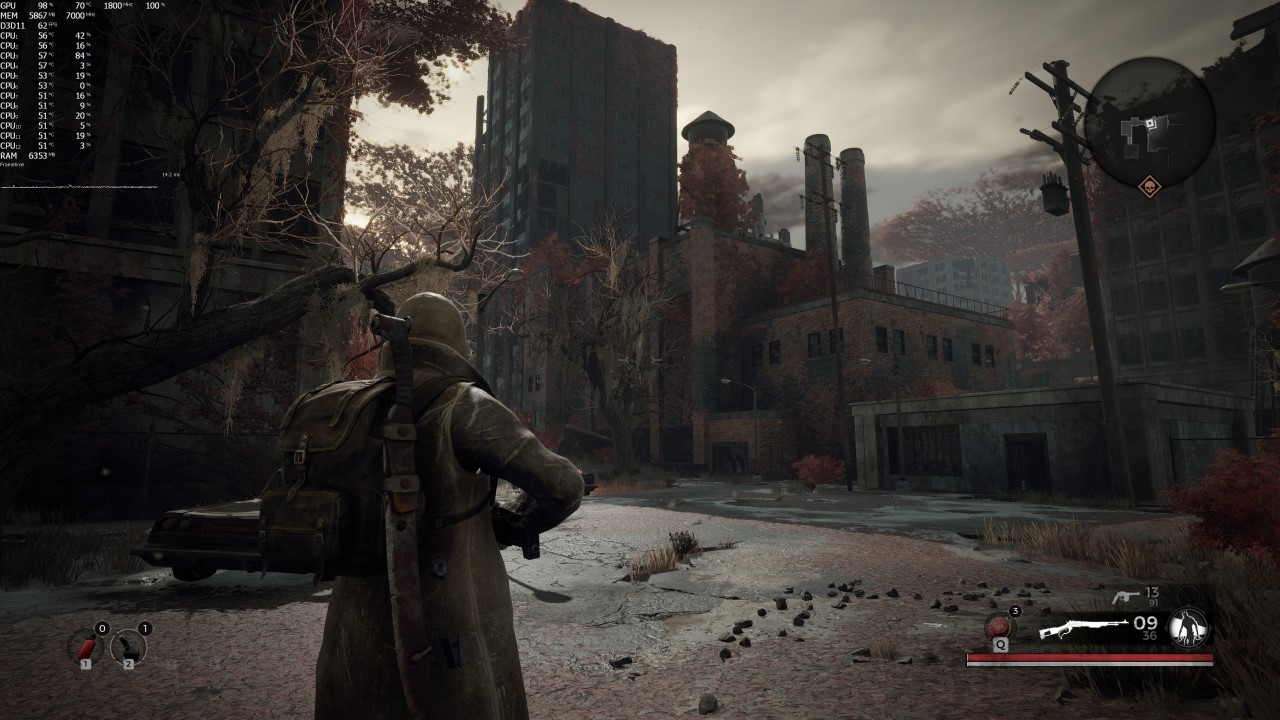 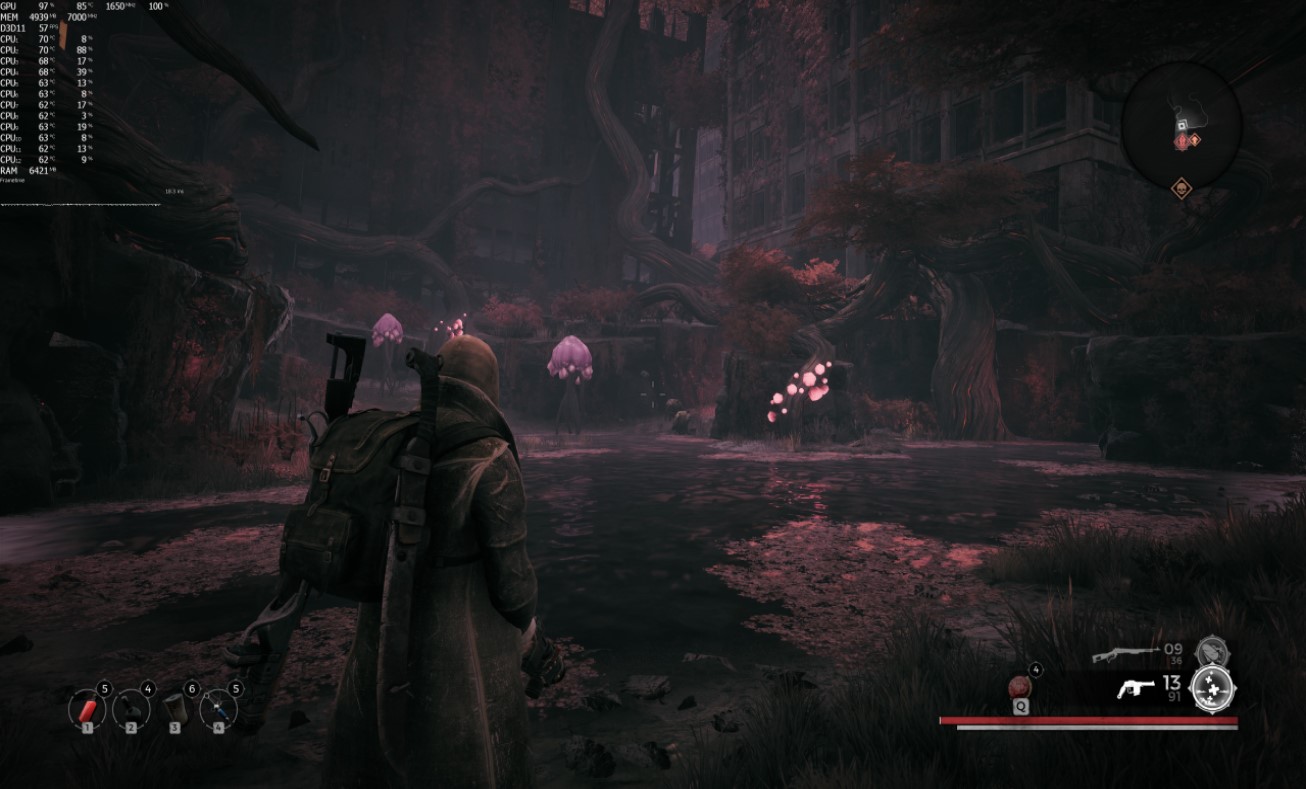 The voice acting…IS A DISASTER to say the least. Except for some of the characters almost no one has a single bit of emotion in their voices PARTICULARLY Commander Ford.

TLDR: Remnant From The Ashes is also said to be a ‘Rushed dark souls with guns’ and it certainly does lacks a lot. Still it’s definitely worth a try for its smooth gunplay and whatsoever unique storyline AND THE BOSS FIGHTS.

Rate this article Remnant From The Ashes: A new start

because the story is very complicated, The island, bosses are well

bruh thanks for article, very interesting...

To be honest, I actually don't like this game, because the story is very complicated, The island, bosses are well designed, but it actuall

I've played this game, it's a very good dungeon crawler game. It's unfortunate that the dlcs weren't free, but it is what it is.

The boss battles are truly the strongest part of the whole game. The boss designs and abilities are quite unique to each other and does indeed leave a sense of satisfaction after defeating one.

I recommend you to play this game very well and you can win diamonds, now I think you can play now and spend your diamonds as you wish.

nice to see another franchise talking about the apocalypse. very satisfying and smooth gameplay. this game makes my hair shiver with fear. its really a very great game.

because the story is very complicated, The island, bosses are well designed, but it actually takes up so much storage and doesnt play a good story (my opinion)

The main and the biggest flaw of the gameplay is that there is no locking system. So it’s a good chance that you’ll miss most of your melee attacks and end up dead for not you (nt lterally) for using lelee or closed combat a