Rate this article "Mr. Sweet: An Introduction and Review"

Mr. Sweet: An Introduction and Review

GAME: Mr. Sweet
GENRE: Indie, Runner
DEV: Gonagame Studio
PLATFORM: Steam
Steam Cards: None
Achievements: None
Mr. Sweet is a colorful child friendly runner. Make your way past obstacles and pickup coins and treats while trying to survive as long as possible. With so many low quality indie games on Steam, Mr. Sweet is a pleasant surprise. The aesthetic is very appealing with many bright colors, the soundtrack is varied and easy to listen to, and the variety of unlockable content keeps you playing. As you play you unlock more characters with their own unique powers, more tracks with increasing difficulty, and more music. 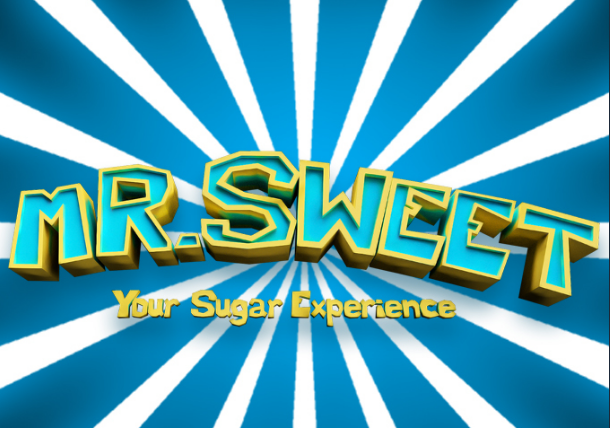 This game is rather simple. You begin by playing the character Mr. Sweet. You run through an endless path of obstacles collecting whatever you can while still surviving. You must jump, dodge, sidestep and whatever else you can manage to complete this goal. As you progress in levels more obstacles begin to appear. You start off by jumping over barricades and trying not to fall into a hole. An hour later you are dodge pizza guillotines, avoiding cotton candy cannons, and trying not to be crushed by strangely colored teeth. Eventually you will be challenged. 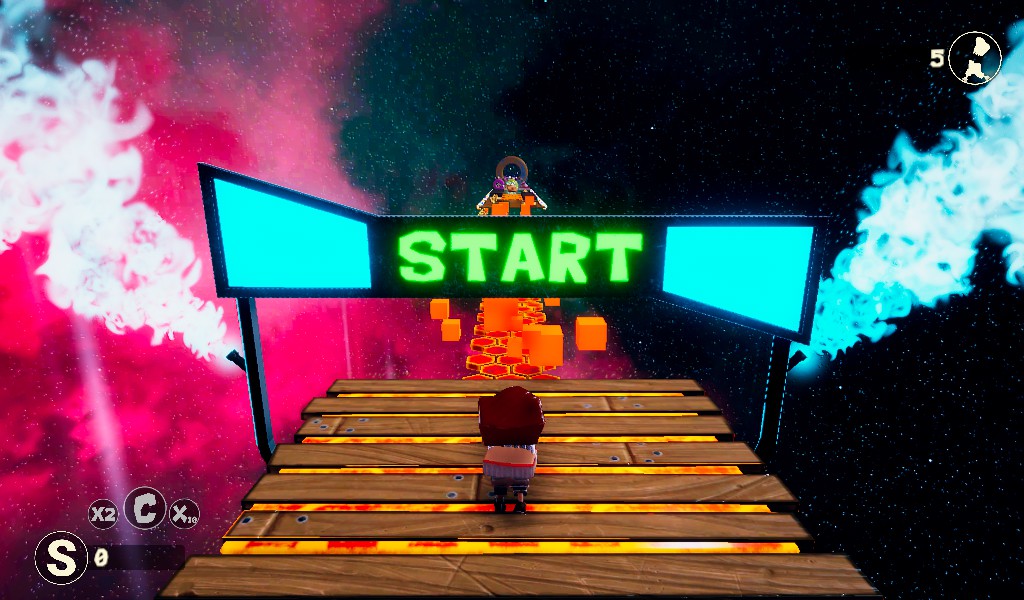 THE SHOP
Surviving as long as you can is your main goal. However there are unlockables that can be bought with the coins and desserts you collect in game. With your coins you can buy a variety of characters and music.
CHARACTERS: Each character aside from Mr. Sweet have their own unique power. Some can run faster, jump higher, break obstacles and if you earn enough you can even pickup a jet-pack. I don't know about you, but when I hear jet-pack I get hyped. The characters are a little creepy looking but luckily you're looking at them from behind. But with 10 characters to pick from I'm sure you'll find a favorite.
MUSIC: And if you would rather play without the superpower advantage you can keep playing as the default character, Mr. Sweet. In that case you may want to invest in some new songs. When I first played I was pleasantly surprised by the soundtrack. However listening to the same song on loop for 40 minutes straight made me want to swan dive off of a balcony. Thankfully I had enough currency to buy some new songs. There is a decent variety with 9 songs to choose from. 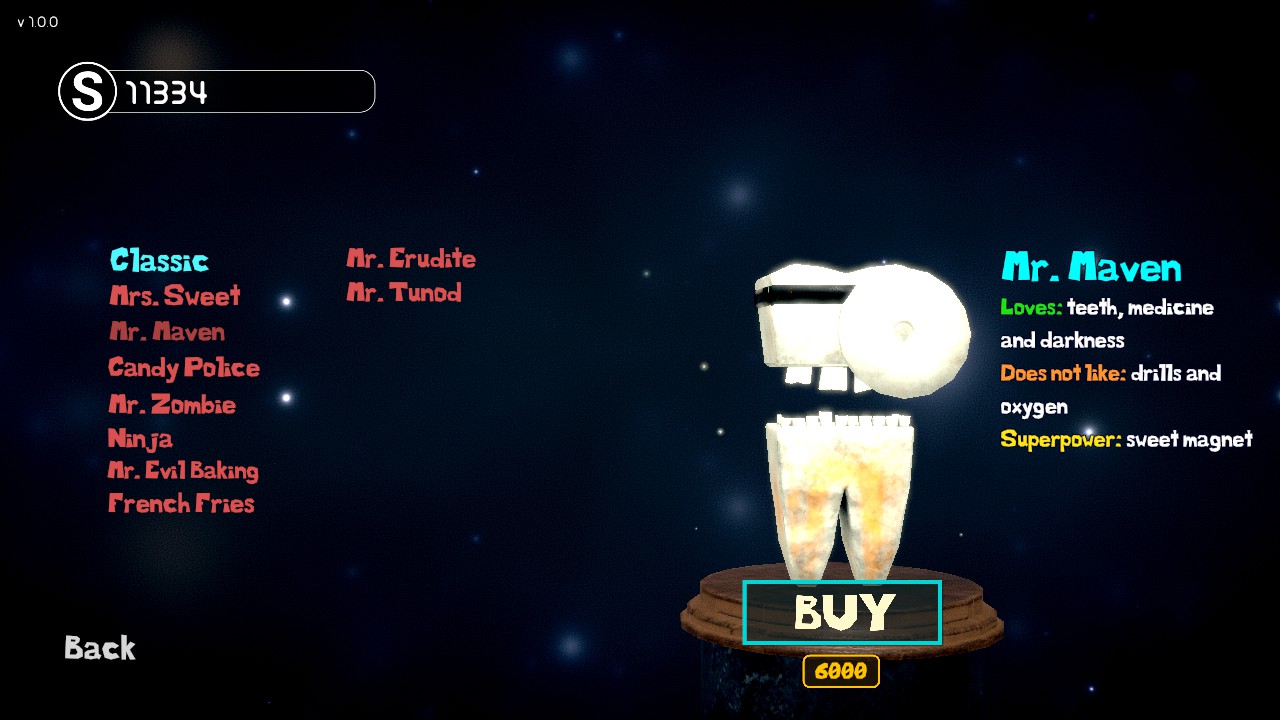 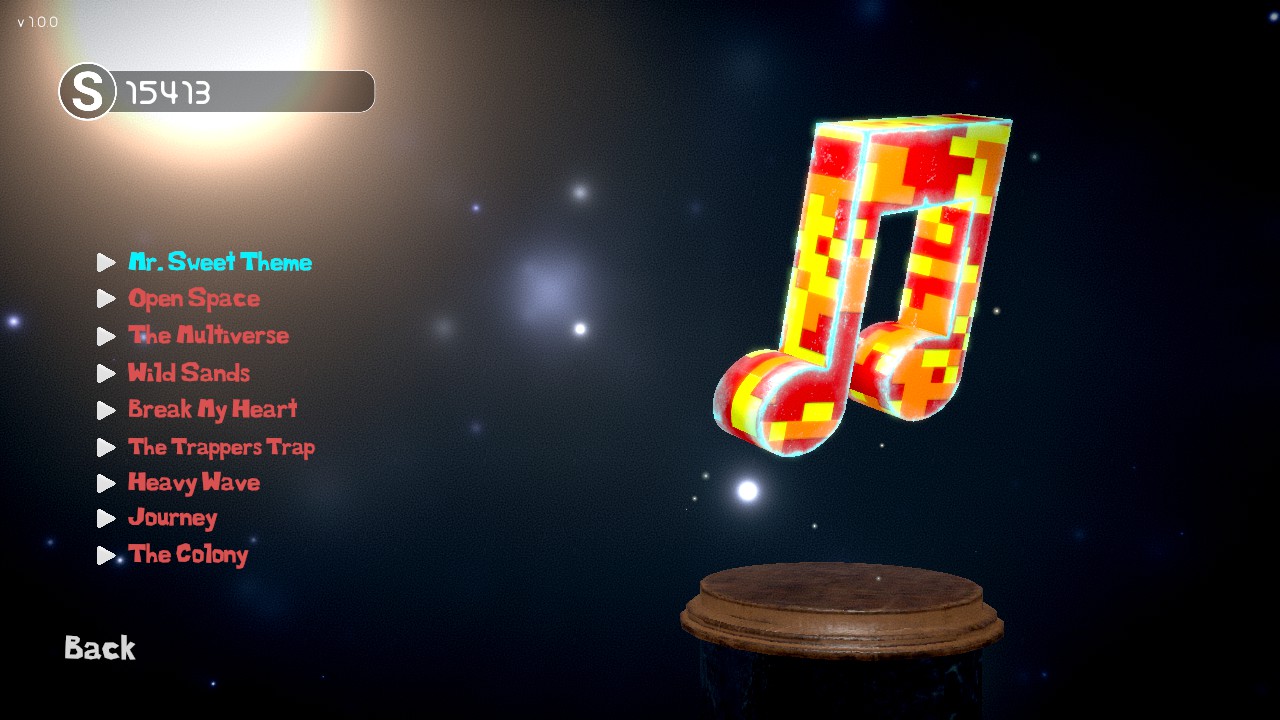 GRAPHICS/AESTHETIC:
The aesthetic of this game is what separates it from the other runner games. Runners are not a groundbreaking or new concept. There have been many games over the past 20 years that have done the same thing. However Mr. Sweet has a very colorful and child friendly aesthetic to it. If you already go this far you probably already picked up on that. Donuts, pizza, ice-cream sandwiches, and the multi-colored background make the game seem almost edible. If you are a child at heart, young, or know some kiddos then they'll appreciate this. 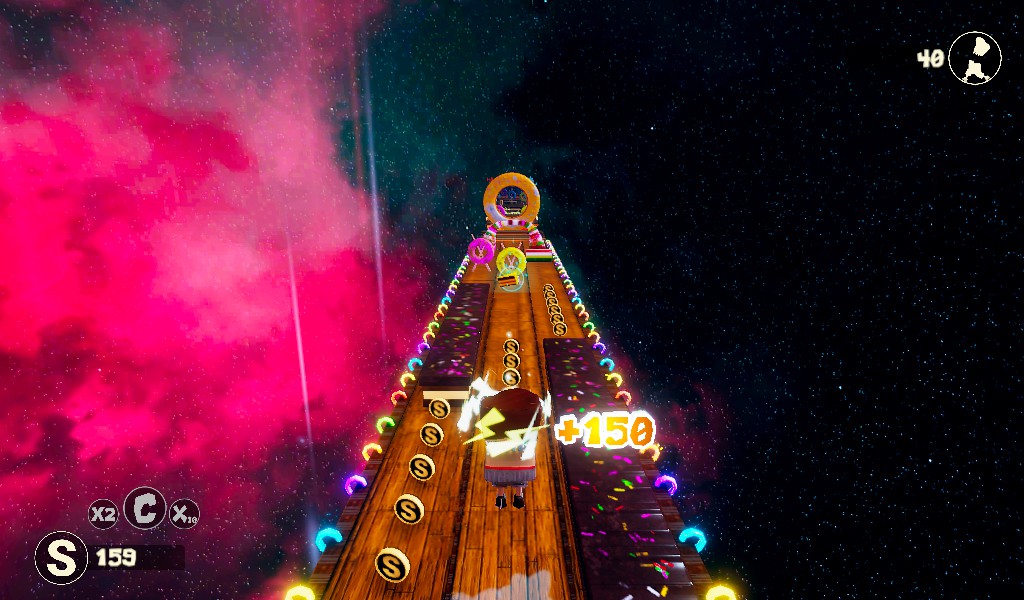 My Thoughts:
While playing this I enjoyed it, however it is not the greatest game I have ever played. While the amount of progression available is appreciated, the simplicity of the game fails to grab my attention for long periods of time. I did get some hype moments trying to reach the next level and I would not call it easy. But that is probably because I am not the intended audience for the game. This is the perfect game for those who love runners or any young person looking for a game to play. It would be a great game to let a child play.

But make sure to keep them at the easier levels. As you progress the game becomes more hardcore in difficulty. This is where those who love runners will find enjoyment. With progressive increases in difficulty by the time you get to the later content you are dodging and weaving smoothly through the levels. It is very satisfying to get better. And the game has a great sense of progression. It is a shame that the game lacks steam achievements, plenty of players would enjoy collecting those and trying to complete new challenges. The soundtrack, visuals, and progression are strong points.

I have to appreciate the fact that this is a very solid simple indie game that would be enjoyable to a wide audience. With Steam littered with low quality indie games, this is a welcome addition to it's library. With a low price and a small download size and small spec requirements there is a very low barrier to entry.

If you want a brief rundown of what's good and bad here you go:
The Good: Solid soundtrack, attractive visuals, satisfying progression, challenging, low barrier to entry.
The Bad/Meh: No incentive to survive past the next level point, hard to play for long periods of time, perhaps too childish for some.

Rate this article Mr. Sweet: An Introduction and Review

i have never heard of Mr. Sweet but thanks to your article now i might just give it a try and see how things go based on this article i might give it a big shot hopefully it's worth the try thanks. and good job on the article

This is the perfect game for those who love runners or any young person looking for a game to play. It would be a great game to let a child play.