A game that is very easy to earn the gems in and enjoyable to play. To get all available gems you need 5 wins and the game itself isn't that big of a download. These wins can be accumulated in Co-op vs AI games. The game itself is suited towards history buffs and fans of strategy games. It has the added element of being a team game. Each player takes the role of a commander of three battle units. You use these units in tandem with 9 other players. You must determine the best place for your units to help turn the tide of battle. 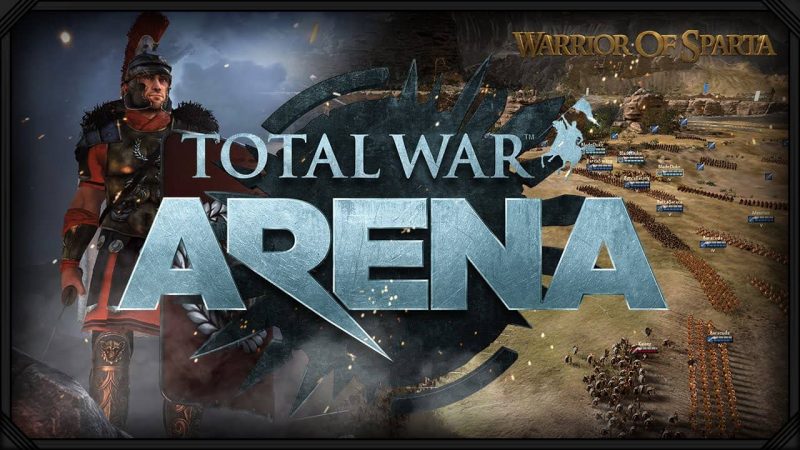 Before you do anything make sure you are eligible to get your gems.
Look for Total War: Arena in the game section of Gamehag, get to the "Play for Free" button and click it.
Register for the game with the same email you used for gamehag, I find I have less issues later when I do this for any game.
Make it easier for yourself by making your in game nickname the same as your gamehag nickname.
When you finish downloading the game switch it to Windowed Mode through settings so that you can use your screenshot software. 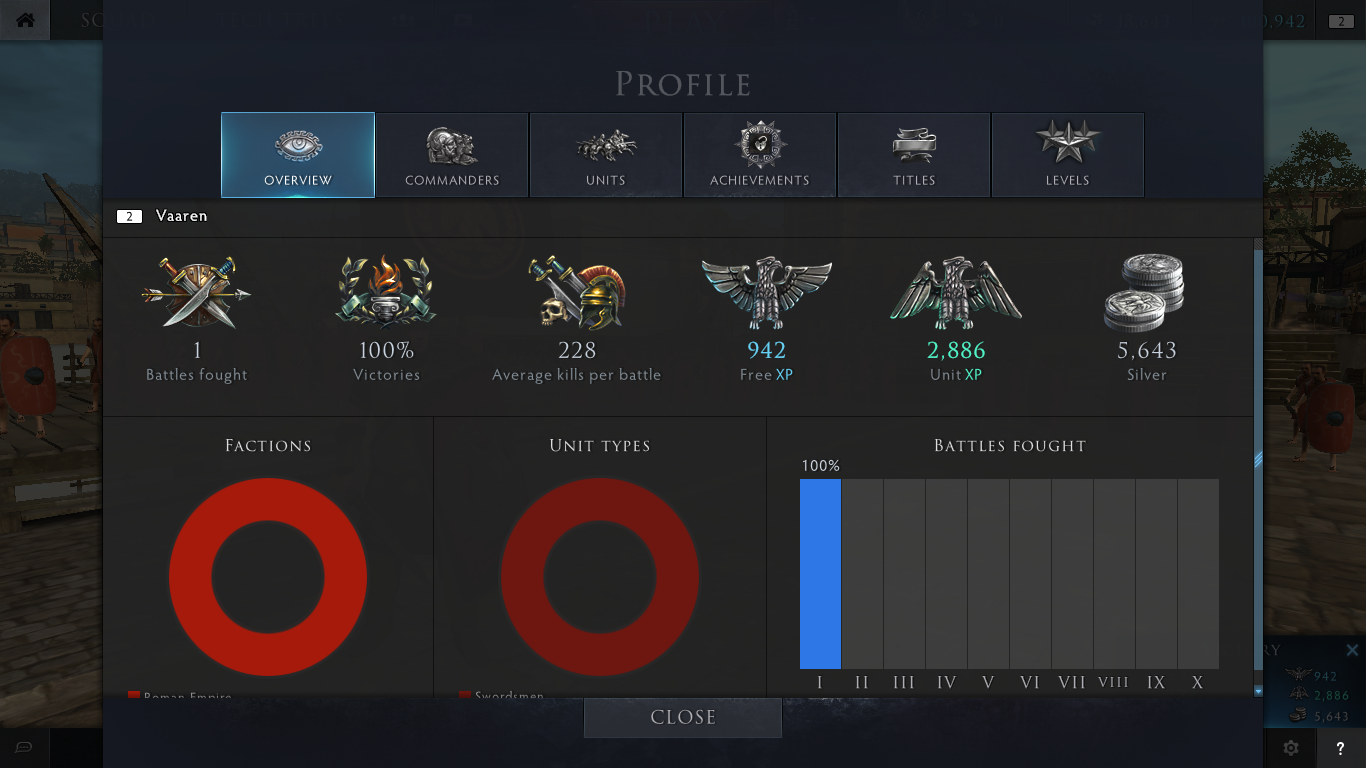 This is the screenshot I took that got me gems for the first task. All three of your screenshots will look similar to this. Your username and the task at hand are very clear. You can get to this page by clicking on your name and level on the home page of the game screen. Do this for all three tasks. By the way don't try submitting this picture, it won't work.

When I saw these tasks originally I assumed I would have to win 5 long games against other players way more experienced than me at strategy games. I went in ready for some losses. After 3 wins in a row I was disappointed to learn that I wasn't a Total War: Arena prodigy. I had been playing against bots the entire time. For everyone else this is good news. You will have a very high win percentage against the bots. You don't need to strategize very much, just take out units when you can and your team will probably win. With the basics you learn in the tutorial you won't have a problem winning matches.

A Look at the Game

In this game you take the role of a commander. You control 3 units that may specialize in different styles of combat.

In this game you can play in any of these four factions: 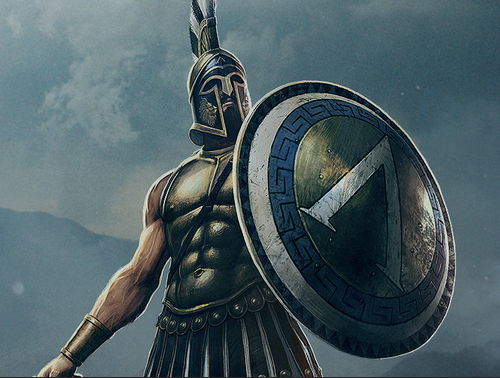 If you are a history enthusiast you will recognize the majority of the commanders available within each faction.
Each commander has different abilities. These commanders can make their units perform unique actions such as raising their shields, throwing javelins, unique formations, and more. Many of these commands are true to history. A wide array of commanders are available to the player. A few include Caesar, Germanicus, Leonidas, Alexander the Great, Arminius, Hannibal and more. You level your commander and unlock more skills and upgrades by using them in battle. Pick your historical favourite or go with the commander that suits your play style the best. 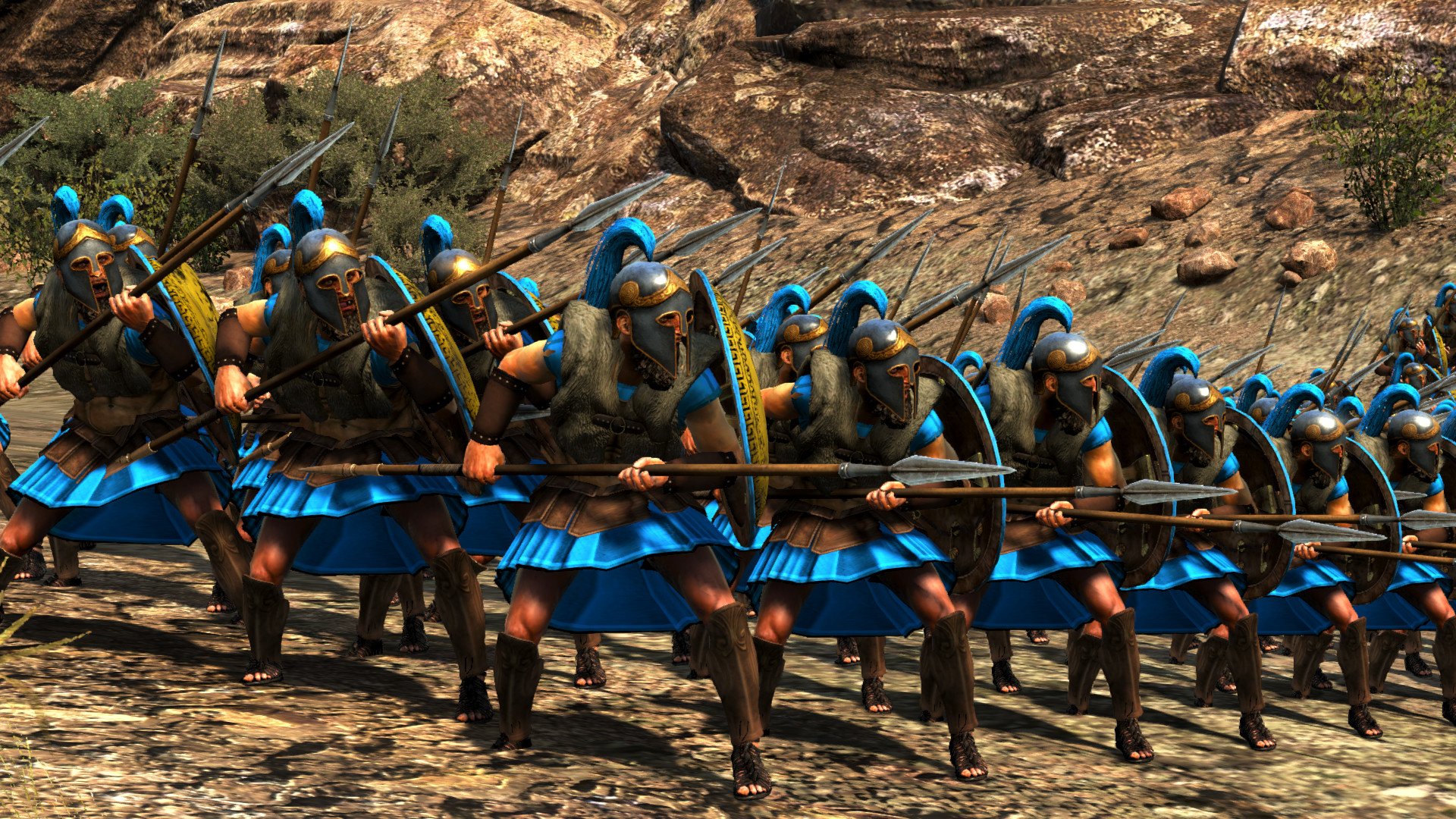 The units you control start off by being spear-men, swordsmen, or archers. The game has many more including hound units, calvary, elephant units, artillery and more. The all each have their own strengths and weaknesses and it is up to you to determine which you would like to take into battle.


The Goal of the game is to capture the enemy team's base. You must use the strengths of your units and commander to beat the units in your way. How you distribute your forces is up to you. Read the battle and do your best to turn the battle in your favor. Flank, attack head on, ambush, or sneak past your enemies to win your battle. You must also manage your commander's battle cool-downs and pay attention to possible plays by the enemy commanders. Because of the 10v10 play-style every battle is different and you must act dynamically in your battles. Players will overextend, play too passively, or attempt a play that you need to come up with a response to. How you respond to situations is what determines your win rate in these battles.


Here are some pros and cons to this game:
Pros:
This game has very easy gems
The game is a rather small download
The 10v10 nature makes the game very dynamic
Many Strategic options
Great for anyone that enjoys history

Cons:
Some might find the game genre boring
Team based and teams are large, often the game outcome is out of your hands.
People who put money into the game will have an advantage.

Here you are - Total War: Arena, in a brand new beta version, totally for free for our Users in Gamehag!This is the recent release from Creative Assembly of a famous series Total War, that comes to us as a free-to-play game from SEGA and Wargaming with a focus on the online multiplayer mode. We can take advantage of epic 10 vers...

I might play the game if it's that good