Rate this article "Game review: Call of Cthulhu: Dark Corners of the Earth"

Game review: Call of Cthulhu: Dark Corners of the Earth

Recently, a new horror game set in H.P. Lovecraft's universe was released. 'Call of Cthulhu', which was developed by Cyanide Studio and published by Focus Home Interactive. What everyone might not know, however, is that this isn't the first time when Lovecraft's works were attempted to make into a video game. Back in 2005, Headfirst Productions made a survival horror game that combined elements from several genres into a single title. The game in question is... 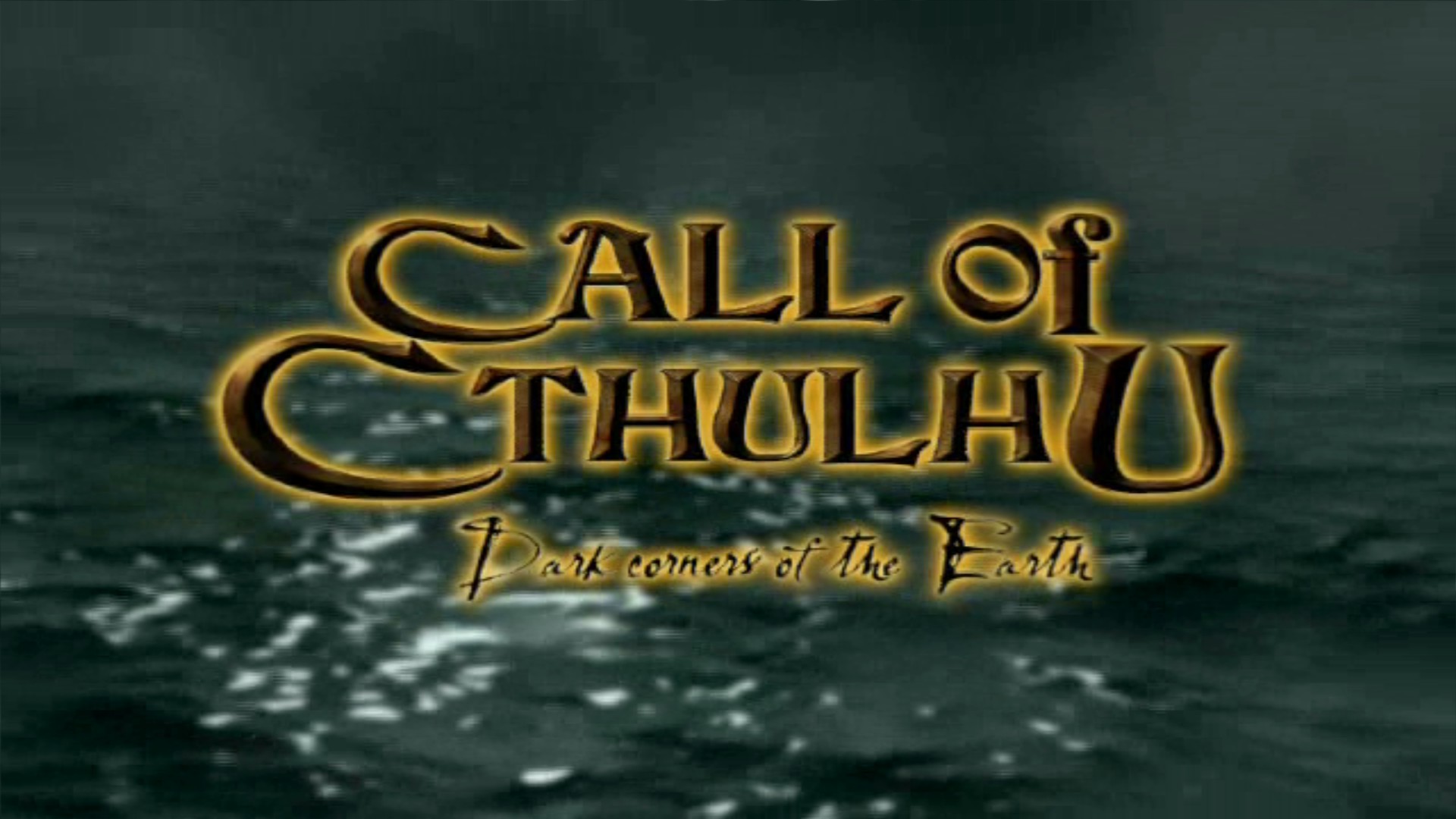 
Storywise the game is an unexpectedly successful combination of two of Lovecraft's famed stories: 'Shadow over Innsmouth' and 'Shadow out of time'. The game also includes references to some of his other works, such as a crazed lunatic raving about 'rats in the walls' and written references to Cthulhu in some of the ancient texts.

Jack Walters is a detective with a highly successful career and a reputation for solving seemingly impossible cases. However, things take a turn for the worse in 1915 when he is called to Boston. A sinister cult has apparently taken residence in a private manor in the area. Jack's horrifying discoveries seemingly drive him insane and he's committed to Arkham Asylum for over six years. After being released, he attempts to return to normal life, but Jack has major problems. He has absolutely zero memories of his time spent in the asylum, nor does he have a clue about what caused him to go mad. In addition, some pages of his journal seem to be missing for some mysterious reason. Eventually, Jack gets a new assignment: to find a shopkeeper who has gone missing in the town of Innsmouth. It soon becomes obvious that there's something rotten about the town. The locals refuse to cooperate at all and Jack's feeling of dread only grows. Worst of all, while trying to spend a night at a hotel, Jack wakes up only to find out that the entire town is out for his blood. And that's only the beginning of all the horrors to come. 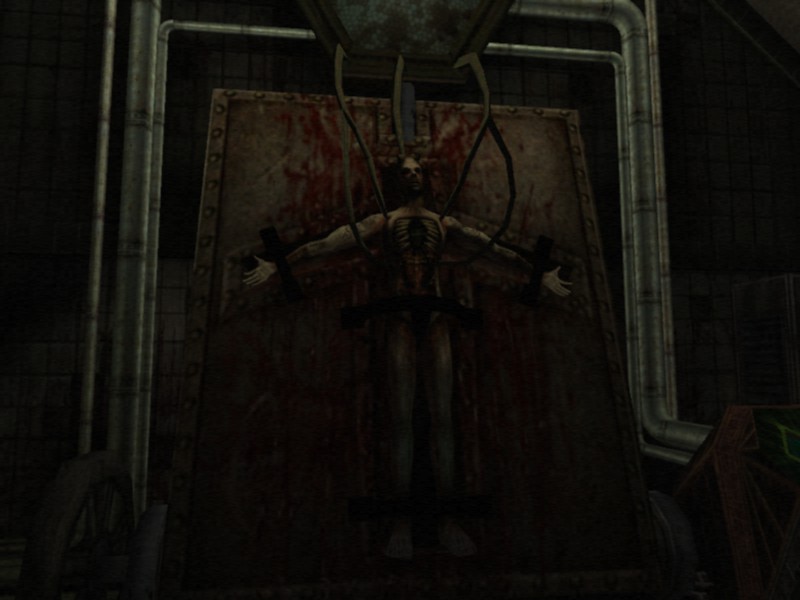 Call of Cthulhu: Dark Corners of the Earth is a combination of a first-person shooter and a stealth-based survival horror game. In the beginning and near the end of the game there are parts where you are stuck in an area crawling with enemies while completely unarmed, forcing you to rely completely on staying out of sight. Blowing your cower for whatever reason practically guarantees death. Even when you're given weapons, it's a bad idea to rely on them too much. For you can carry only a limited amount of ammunition, while the killed enemies keep respawning on many levels. In addition, attacking while you're clearly outgunned is also a good way to get yourself killed. All things considered, it's recommended to avoid combat unless absolutely necessary. As one would expect from a Lovecraftian horror game, the game also comes with a sanity mechanic. Watching anything terrifying too intensely causes your sanity to drop, indicated by increasing heartbeat, blurring vision and auditory and visual hallucinations. Failure to recover will lead either to complete insanity or suicide, if you have your gun drawn. The only truly safe places are save points marked by the Elder Sign. Not only can you save the game manually in those locations, but if you're chased by enemies, the Elder Sign causes them to shield their eyes and flee.


One of the unusual features of the game is the complete lack of HUD. Instead, your remaining ammo and the state of Jack's physical health can be seen in the inventory. Instead of a health bar, the different types of injuries can be seen on different parts of Jack's body and require different kinds of medical items to treat, such as bandages, splints and sutures. Different injuries have also different effects depending on the type and the damaged body part: injured leg causes you to limp and move notably slower, drawing the gun takes more time with a damaged arm and bleeding or poisonous injuries will eventually lead to death, indicated by the screen turning grey. There are some sections in the game, where you have to complete a puzzle in order to advance. Plus you can also collect written evidence in the shape of journals, old newspapers, or ancient, eldritch texts hidden on the levels. 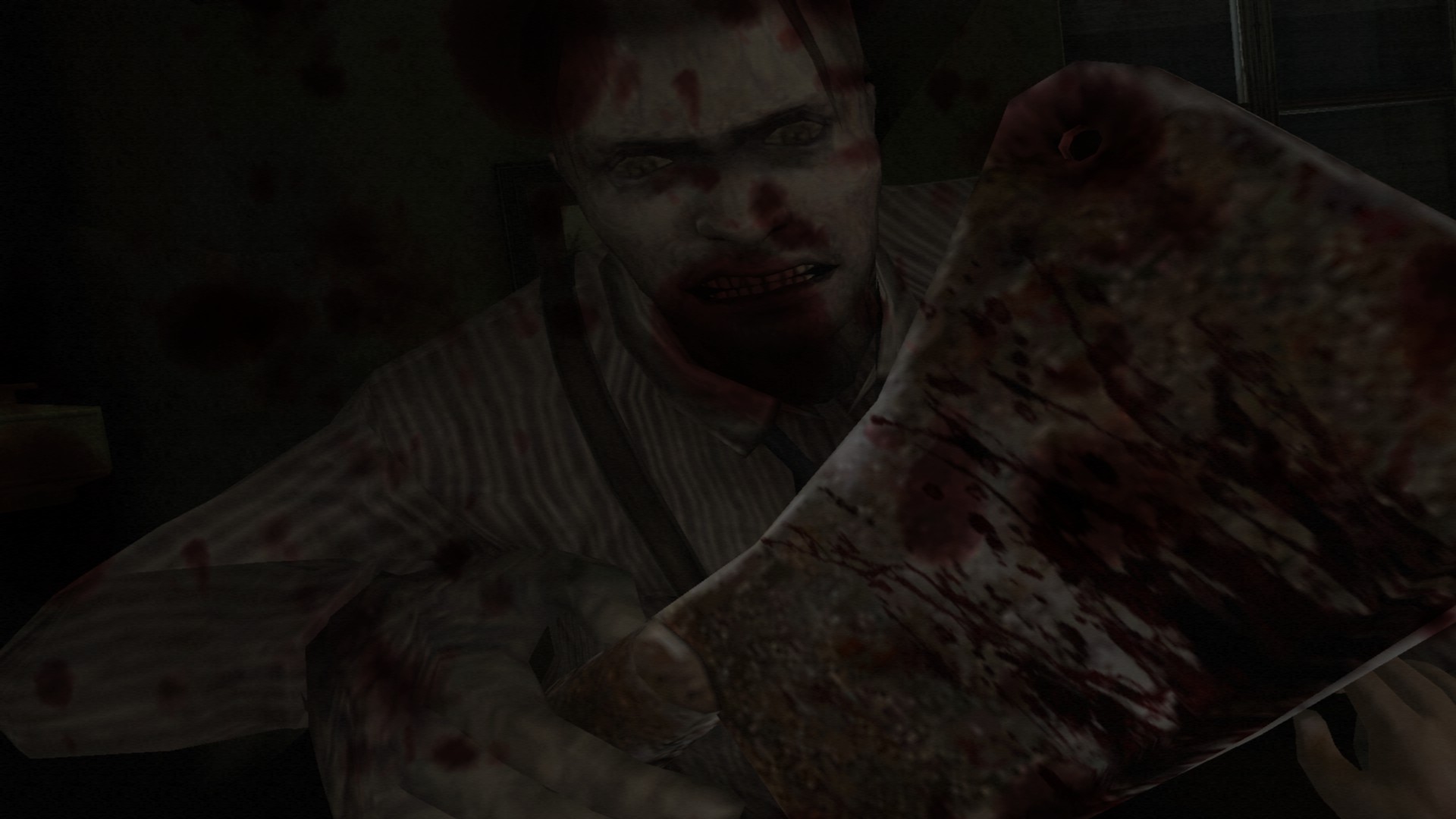 Unfortunately, this is something I have to bring up. The game had a pretty troubled development, lasting far longer and costing far more money than the developers hoped. As the game sadly was a commercial failure at the time of its release despite highly positive reviews, Headfirst Productions went soon bankrupt because of it. As a result, many bugs and glitches in the game were left unpatched. As such, the game has an irritating tendency to crash often at certain points, which can make progressing frustratingly difficult. The issues are notable particularly with modern computers. I can name a couple of the most common crashes and give something that might help getting past them.


The following link allows downloading an unofficial patch which allows you to complete or simply skip a certain bugged point at the level 'a dangerous voyage'. It also gives slightly increased time for the escape sequence, which has apparently been a problem for many players. It also allows you to view the extended ending sequence, which otherwise can only be seen by achieving 100% completion. Which in turn can only be achieved by completing the game on a high enough difficullty, in a rather short time and with a minimal number of manual saves.


Crash 1: The game crashes when trying to enter the cellar on the very first level. One possible fix is to play with the resolution 800x600 and with anti-aliasing set as x2.

Crash 2: The game crashes in the warehouse while trying to push a crate that's blocking the door. The trick is to push the crate by simply tapping the button without pushing it down as seen in this video:


The 'blue light bug': Prevents a couple of sorcerers from appearing during the level 'a dangerous voyage', making it impossible to progress. This can be solved or skipped with the unofficial patch (link earlier).

Crash 3: During 'a dangerous voyage' the game crashes while crawling into vents after a cutscene. Restoring an earlier saved game might help getting past this one.


For additional tips that might be of help, check the following Steam discussion page:

Call of Cthulhu: Dark Corners of the Earth can be bought for 5,65 USD from Steam and GOG.com Some people claim that the GOG version has fewer glitches.

Call of Cthulhu: Dark Corners of the Earth is quite an impressive game, capable of generating a genuinely haunting atmosphere, with certain cutscenes giving the impression that something unseen is following you. It's also a genuinely successful combination of two separate stories of H.P. Lovecraft and the different types of games. The technical issues and glitches might force you to work to get around them, but the game is excellent if you manage to pass them all. A must have for any devoted Lovecraft fan!


I am shark god Dakuwanga. And I thank you for reading this article!

Rate this article Game review: Call of Cthulhu: Dark Corners of the Earth