Red Dead Redemption 2  is one of the best games published in 2018 , maybe the best. The games takes place before the first game Red Dead Redemption and the main character is Arthur Morgan , a very talented gunslinger which is part of the Van der Linde gang.  The game is very detailed with a huge numbers of interactions with the environment , has a score of 95 on  Metacritic , being the best game so far from 2018.

Story
The story starts with Arthur Morgan and his friend John Marston , they have to run from Blackwater and they try to go West.  They stay in the mountains for the winter in order for them to be safe. After the winter is over they rob a train which belonged to Leviticus Cornwall ,  Cornwall  hires the Pinkerton Detective Agency in order to catch Dutch. They start running from the 2 agents ,  agents Milton and Ross.  As a result they have to keep moving around while they keep doing  jobs and heists  so they can fund the camp.
Dutch plans a heist that will buy their freedom but the heist fails and some of the members are killed , Marston is captured but Arthur saves him.  Dutch starts to be a bad leader but he is supported by a new recruit named Micah Bell.  Eventually Morgan get's tuberculosis and he has less time to live . Dutch kills Cornwall and starts a war between the Natives Americans and US Army. Dutch also let's Marston behind again , he almost dies and the same with Marston's girlfriend named Abigail. Morgan's saves Abigail from Milton and kills him, he also find out that Bell was a traitor.  Some members started leaving the gang and Morgan convinces Marston to start a new life with his wife , a life without crime.
After Morgan finds Dutch , he tried to make him understand that Bell is a mole but with no success, Eventually Morgan fights with Bell but he loses because of his disease.  After some time Marston  has a son named Jack. They build a farm but Marston  finds out about Bell's location and goes to take his revenge , when he get's to Bell , he sees Dutch killing Bell and then leaving.  Marston marries with Abigail and the start a happy life at the farm. The end!
Agent Ross tracks down Marston right at the farm and this is what started Red Dead Redemption. 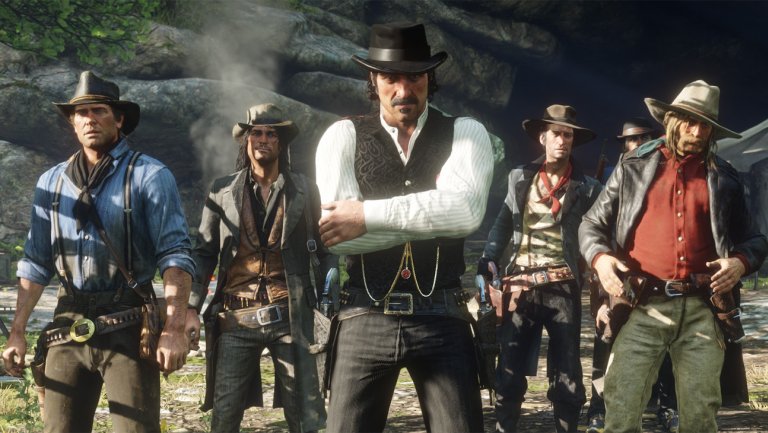 Gameplay
Red Dead Redemption 2 is a open world game , so there are lots of things you can do outside the main story , for example , you can find random events on the road like helping someone with his horse , a challenge , etc . There is also the ability to chose what are you going to do ,  sadly this won't have any effects on the ending but is a cool way of shaping the character in the way you like.
With Red Dead Redemption 2 Rockstar games crated a new way of Fast Travel , by pressing a button you will enter in a cinema mode in which the horse fallows the rode to the destination. You can  customize your character and horse , you have to clean / change your clothes , there are special clothes for winter/summer.
The horse has lots of things added , he can die , you can sell it and buy another one , you can name it , you have to give him food from time to time , and similar with most games you can whistle and he will come to you. They also added the possibility of hunting and fishing  , for money or food , you also need to make sure what weapon do you use to hunt the animal , this influences the price of the pelt. You can transport peoples/ dead animals on the back of the horse. 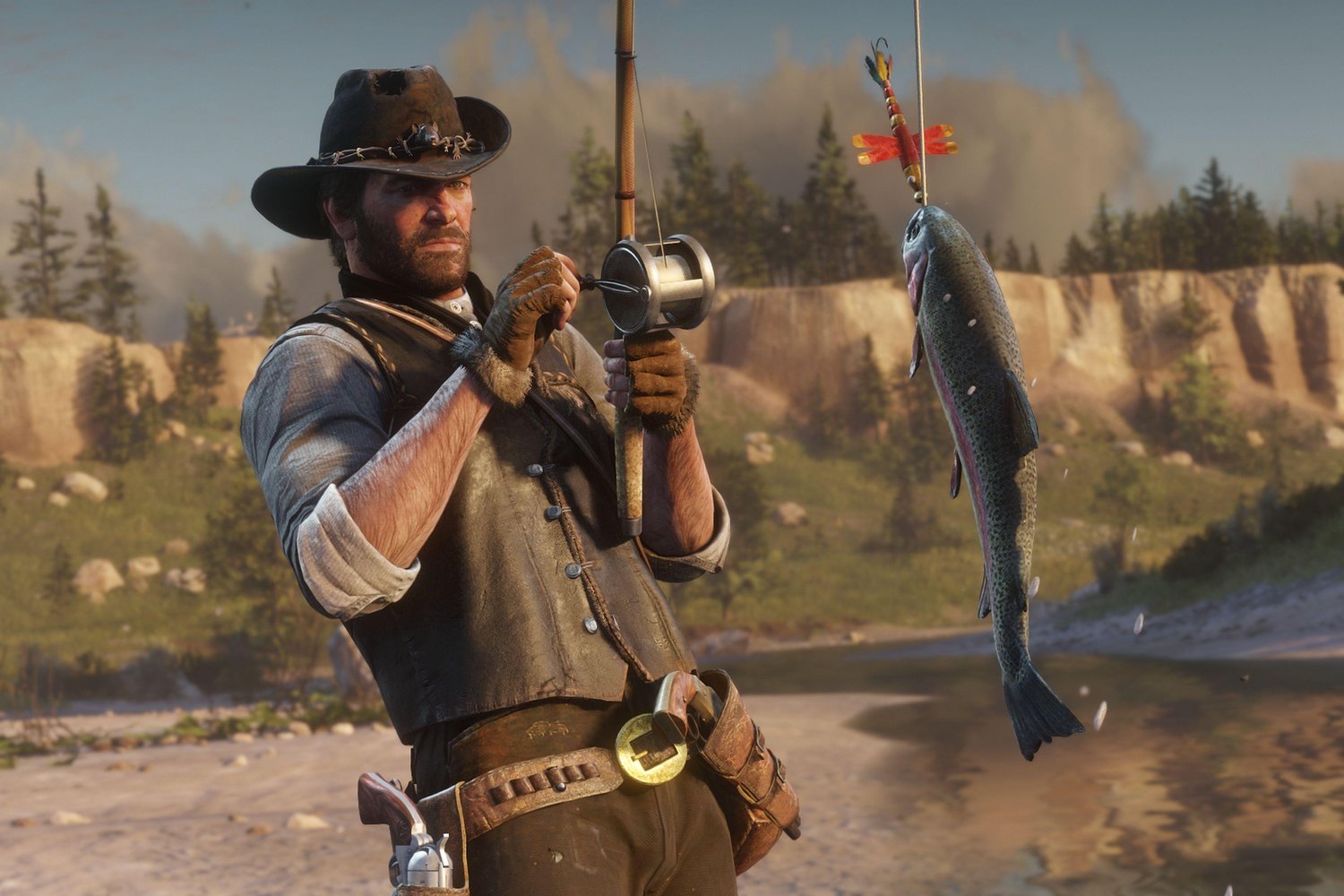 My opinion about the game and should  you buy the game?
In my opinion the game is just to worth it , Rockstar Games worked a lot in doing this game , and you can see in the gameplay and story , the story is very well written and the gameplay is just so large and complex that even if you don't want to make the main quest you have someting to do . There are many random events and side quest ,  there is also the fishing the hunting witch in my opinion can make a game on its own. The game has around 50 hours only with the main story , you can easily pass over 100 hours with some side quests and  some hunting.
Overall the game is really the best from 2018 , as far as i know i don't think that i going to be a better game this year , i hope you enjoyed my article.

This is the legendary game..with best graphics, gameplay mechanisms and physics. Really the game is great.

How much time did you spend on this article? It is really good one.