On this day, just exactly fourteen years ago, the European version of Grand Theft Auto: San Andreas for the PlayStation 2 console came out.

Grand Theft Auto: San Andreas today is 14 years old. Specifically, his birthday was three days ago, but as the game had different dates for different markets in the past decade, today's cult San Andreas has appeared in Europe so we have his birthday decided to mark it today.

GTA: San Andreas was the third and last GTA title on the sixth generation of the consoles. He brought us a story about Carl "CJ" Johnson, who returns to his home town, Grove Street, and he is trying to stabilize the situation between the two gangs. CJ was a very well-received figure not only because of his "underdog" performance, but also because the players could modify it to himself - from his physical to visual appearance. 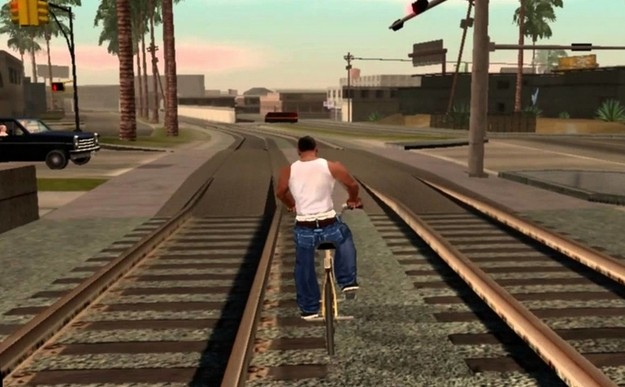 The game had one of the most biggest open-worlds in history of video games. San Andreas also brought up a completley different region in GTA games,ispired by California. Instead of one city as in the previous two games, players in San Andreas had three cities - Los Santos (Los Angeles), San Fierro (San Francisco) and Las Venturas (Las Vegas). It was also the first GTA that offered us more geographical diversity, so we could explore mountain and desert landscapes. You could get a bike ,ride it and wonder how this world really big is.

San Andreas had a wide aspect of guns; from knives and pistols to a minigun and Rpg launcer, Most of the guns you had to find so the game had an "exploring system". Players were finding out new guns and tools months after the release so this was one of the reason why is GTA: San Andreas one of the best games in the history. Also San Andreas had a stealth system, but because of the great shooting system, probably noone used stealth in San Andreas. 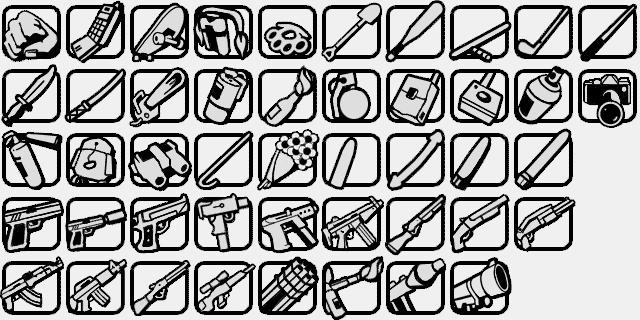 For many people, San Andreas was well-seated because the game was placed in the 1990s, an era where there were no instant stars, reality programs and widespread internet. The radio were singing Guns'n Roses, 2Pac, Joe Cocker and other great musicians; there was no political correctness, there were police brutality and conspiracy theories about the existence of the Bigfoot.

Like the previous games in the GTA series, San Andreas raised a lot of dust, it was accused of stereotyping the African-American race and provoked numerous controversies.Namely, in the game's code there was a hidden mini-game that players would  call  "hot coffee". Although this part of the game was not available in console versions, the PC version was materialized using the famous Hot Coffee modification, after which Rockstar had numerous court issues.

GTA: San Andreas has had a tremendous success and became the best-selling PlayStation 2 game with more than 17 million copies sold. One year after its release, it has got versions for PC and Xbox, and from 2013 it can also play on mobile platforms.

gtasa is the besat game i ever played its great

This game is amazing and even if its 14 years old (oh god there are a lot of years) it still has an active comunnity and there is the multiplayer mod witch i know its still very popular in Russia!

Doesn't seem to be copy-paste snf your previous articles seem to be in order also, great job! This article has nice pictures and the text was easy to read which is a plus. The ending could use a little work but overall the article is a good read. 4/5 Keep up the great work!

This article is amazing and well written. It shows the hard work that has been put in this article about this amazing old game!! Congratulations!!