Action-RPG:s. I suppose almost everyone in the world of gaming has played at least one of those at some time. A hero battling monsters to gain gold and experience points in order to level up and become more powerful. All to save the world. But replace the hero with a complete and utter villain? The result is EvilQuest.

Where to buy: Steam 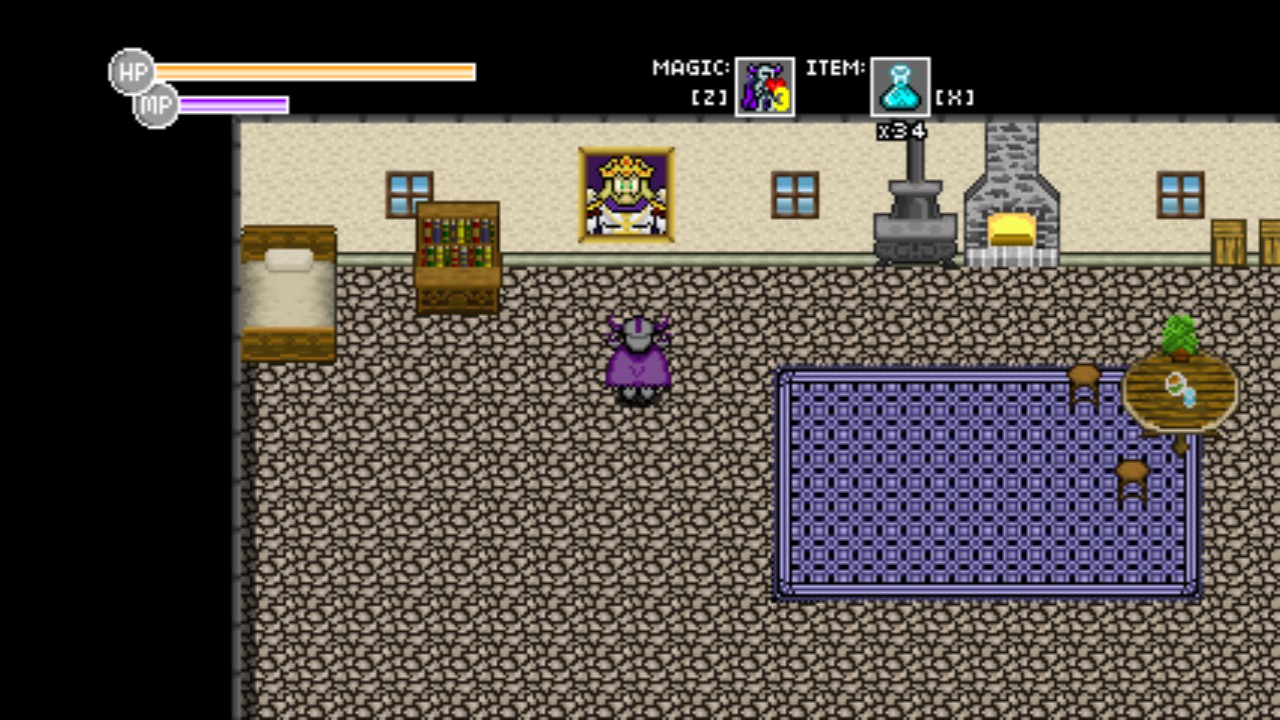 'Galvis'. A completely self-absorbed, power-hungry and black-hearted knight who doesn't care who or how many he has to kill to have his way. After massacring entire villages, Galvis' ambition grew, leading him to pursue bigger prizes. With brute force and intimidation he amassed an army powerful enough to threaten the kingdom of Camelia, intending to coronate himself the ruler. Unfortunately, Galvis might have been a bit too evil for his own good. Because during the battle, one of his generals abandoned him along with a large group of soldiers, which led to the capture of Galvis. During his imprisonment, Galvis learned of a legend that aroused his interest.

The legend claims that there was a time when enlightened men could travel to God's divine realm to share in his wisdom. That is, until the Grand Demon, Tasrael, grew tired of the presence of mortal beings in the astral plane and decided to rebel. The demon forged the Chaos Axe, the single most evil weapon in existence, possessing unmatched destructive power. Although the demon was beaten in the end, he actually came dangerously close to killing God. More troubling, the Chaos Axe turned out to be too powerful for even God to destroy. As such, he cast the weapon into the mortal realm and separated the mortal and astral planes forever. He did this by creating four mystical seals that could never be opened from the astral plane. And not a single being could traverse between the two planes of existence as long as a single seal remained intact.

When a fellow prisoner claims to have seen one of the seals of the legend, Galvis' hunger for power grows bigger than ever. He escapes from prison with the intent of finding and destroying the four seals in order to find the Chaos Axe. And he will kill anything or anyone foolish enough to block his path. 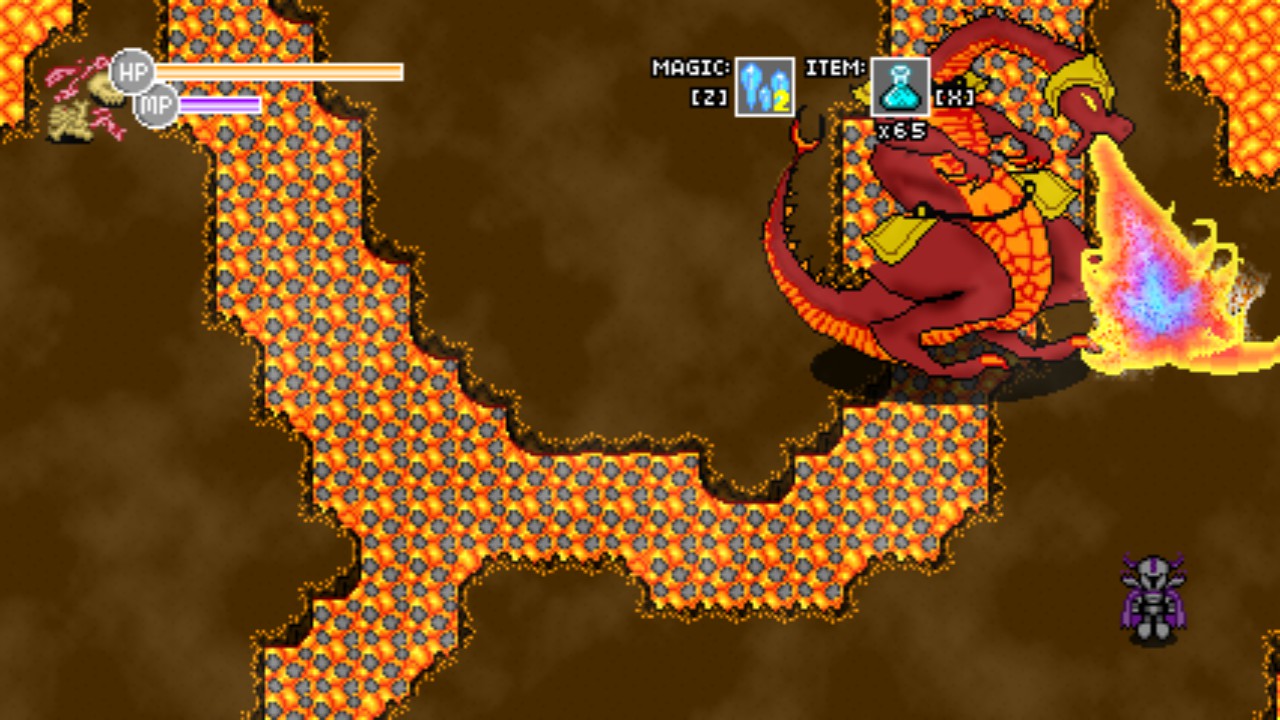 EvilQuest's gameplay is fairly traditional for an action-RPG title. You have two forms of attack: a close-range stab and a long-range charged attack, somewhat similar to the first The Legend of Zelda. Though you have to remain still in order to fully charge the attack. There is also a variety of spells. Each spell has two versions, the latter one being naturally more powerful and costing more mana. As is common in fantasy-themed games, the elemental effects count. For example, you can't harm ice creatures until you have either the spell of fire or the flame sword. Killing enough enemies allows you to eventually level up and increase one of your four stats: strength, toughness, vitality and intelligence. There are also tablets hidden on many levels that allow increasing one of the stats, encouraging thorough exploration. It's worth noting that it's impossible to increase all of the stats enough to unlock all four achievements in one playthrough due to the level cap.

The boss fights are probably the most memorable element of the game. And for a good reason. The game has a total of 12 bosses to keep the things interesting. Whichever one of them you're facing, they will deal a lot of damage, even if you have focused on increasing your toughness. Which means it's practically mandatory to either have a large supply of healing potions or to use the healing spells. The Indie Mine even stated: ''The real prize of EvilQuest are the numerous boss battles you'll engage in.'' 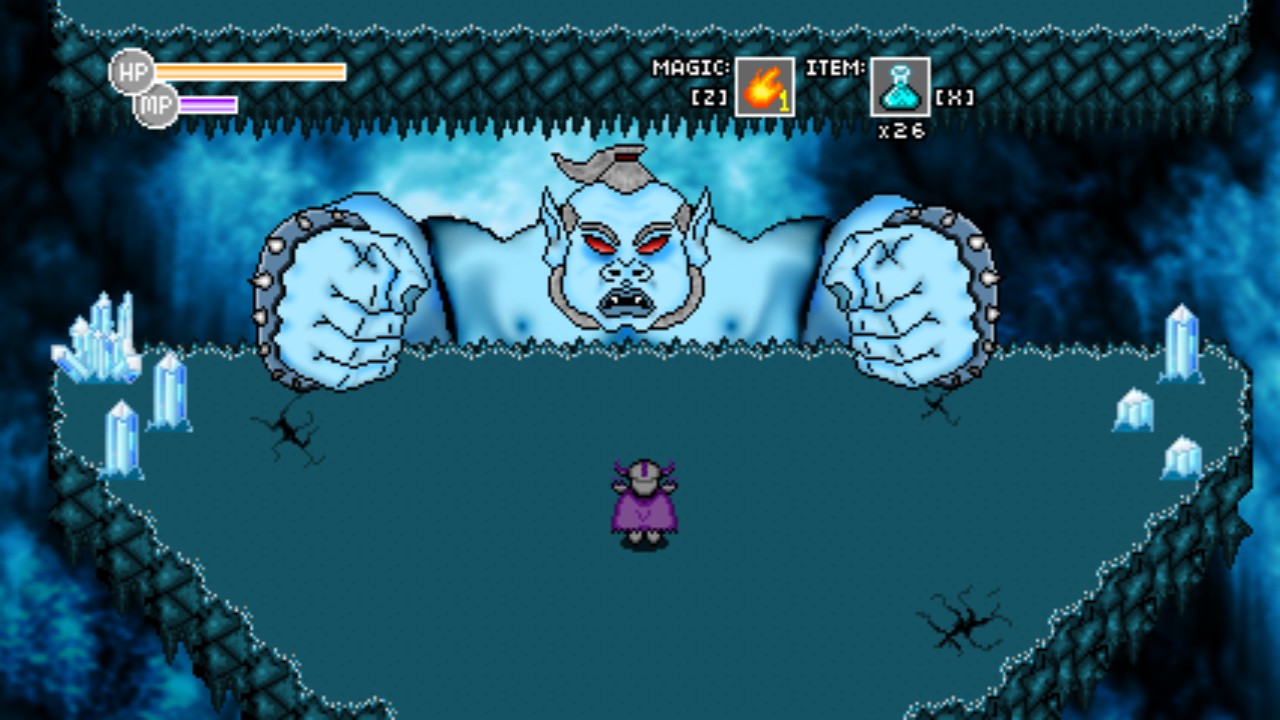 + A fairly traditional and simple game, except you're playing the main villain. (You can even kill a few specific civilians for no other reason that you can.)

+ As mentioned, the game has no shortage of boss fights.

+ Relatively short, meaning it can be beaten in a pretty small amount of time, even if you're not that into it. My latest playthrough where I focused almost entirely on the main objectives took only slightly over three hours.

+ Very cheap. Only around two bucks.

- Rather linear gameplay with simplistic combat, and doesn't really bring anything unique to action-RPG genre.

- If you want to level up a lot to play safe, the only way to do so is through lots of grinding in specific places. 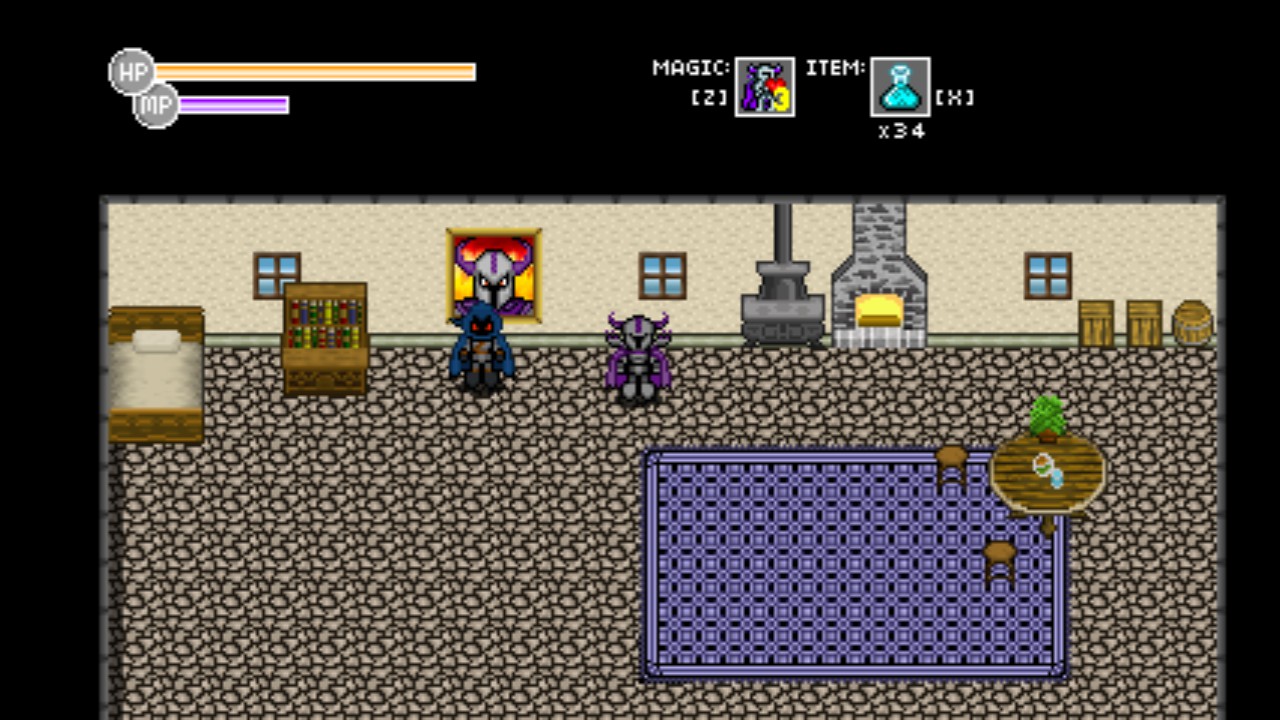 The team of Chaosoft Games has apparently been working on a sequel for quite some time by now. Last year, EvilQuest 2 was even voted green on Steam Greenlight only weeks before Greenlight was officially removed. The latest comment from the devs dates early October of this year. They say that the whole thing is still very much in development. As seen here:

From what little has been revealed, it seems clear that the second game is a far bigger and a far more ambitious project than the first one. Still, they have gone far enough to release a trailer:

Whether you're into it or not probably depends on how much you're into action-RPG:s in the first place. But it's a cheap game that won't take too long to beat. It might not offer anything truly unique, but I see no reason to call it a failure. I wonder what the sequel will be like, whenever it's going to come. But the predictions seem quite promising indeed.

Bit too long for me but nice