Like it or hate it, that's history! So, 20 years ago? It was like yesterday when this game came out and changed the gaming industry!
"The game that has brought revolution into the FPS genre The game that shook the foundations and raised the quality slate to a higher level. The game that all modern FPSs can thank for its existence playing among the many top lists and thoughts for one of the best races, All that time ... The game that ... Okay, we got the point.

Exaggeration and a subtle dramatic dosage? I would not say that because this game definitely deserves all the positive superlatives and epic songs. Who said that today,on 19.11. before the legendary Half Life just over 20 years ago? Time really flies as silly.

To be able to figure out how much Half Life is to important, you should always put it in the context of the time it came out. The FPS genre before Half Life was just that - a shooting from the first person. Take a look at Wolfenstein 3D, Doom, Quake, Hexen, Heretic, Duke Nukem 3D, Blood, Redneck Rampage, Shadow Warrior and others and you will notice a comprehensive formula. You have a task level to shoot everything you need to shoot. The rest of the interaction involved the pure opening of the door and the gathering of ammunition / medications or items important for advancement (keys, cards and the like). The story has always existed in traces so much that it serves as a motive for the protagonist to push, and to us (signs) to move the game. 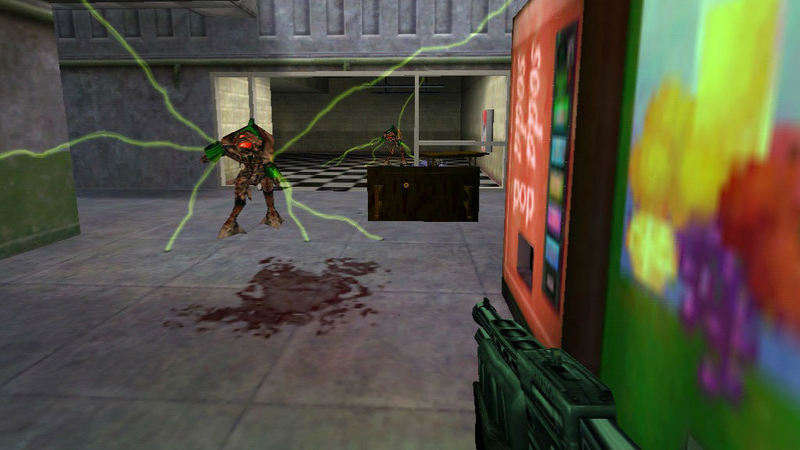 CHANGEMENT OF THE ESTABLISHED FORMULA

Do not misunderstand me. All listed games are very good FPS titles, but for 5, 6 years to push one and the same formula becomes tedious and it is obvious that the then young, new-born firm Valve Corporation, founded by Gabe Newell and Mike Harrington, realized and started making what became a revolution . While ID Software headed for Carmack (without Romero) by ID Tech 2 and made Quake II (whose FPS formula did not differ much from the predecessor), Valve had received a license for the unmodified ID Tech that hit the first Quake. For an ambitious project such as Half Life, such a engine in its original form will not be enough, and the Valve by modifying the code has changed and modified 70% of the same, so the GoldSrc engine that will drive the game was created. 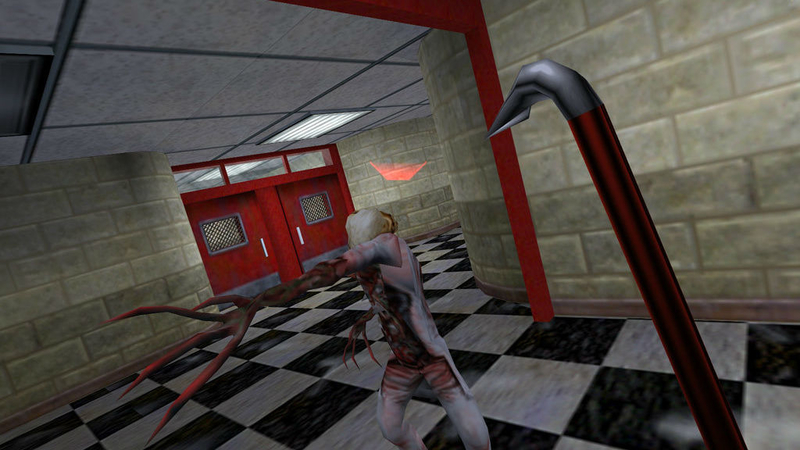 What Half Life seemed to be more special than the then competition could be seen immediately at the beginning. The same overture where Gordon Freeman's physicist through the "trams" passing through the entire Black Mesa facility shows that this room is filled with a convincing, realistic and attractive array of experimental devices and scientists who go to their own defined pathways in doing business. There is no "in the media" about capturing the first casualty in the hands and breaking the enemy. For a nervous player who wanted to fire this was a nightmare, and for all other toys moments to admire.

Unlike most of the games that are based on the film's crash (FMV filmmaking) to present the story, Half Life has told all of its people through the first place of our protagonist Freemann. Though not written, other NPCs with their speech and script scenes that happened to "face our eyes" served to perform the story and all that was needed to have motives and knowledge as far as possible. That was why all this happened in real time, where Freemann's movement would remain unmoved. The valve aimed at the immersion where the essential elements would not be interrupted but would happen immediately when it came to the same. Because of this, the design of the floor itself is made in such a way as to maintain that immeasurability with as short, inadequate, loads as possible.

IMMERSION AND ATMOSPHERE THAT  HAD NOT SEEN BEFORE!

Since it is an institution probably inspired by the Los Alamos National Laboratory and Area 51, Black Mesa simply needed to have alien enemies. But how to import them into the game? Since Black Mesa is a lot of physicists, some of their experiments simply have to go wrong and make chaos. And it just happened when the spectrometer under the influence of attached unknown substances for analysis exploded and made a "resonance cascade". Xen's second dimension portal opened up, and a pile of alien crossed into the already blacked Black Mesa. Aliens should be killed, but besides, they should take care of marines whose job is to kill everything and blackmail the "Black Mesa incident". Perhaps everything sounds like a typical, cluttered, "conspiracy theory" story, but serves the purpose. It serves as a player, as a player, gives us the feeling of opening a window into a world we do not know anything about, and it lets us find out what the whole world is offering. 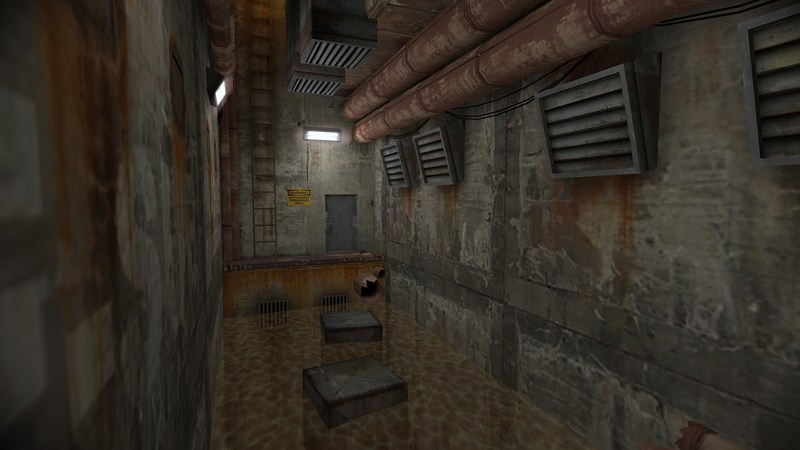 After all, we must not forget that an FPS best game is hidden beneath its surface with its weapon set (from gun, rockets to grenades) modeled on real models, with a late fiesta trip as the experimental peak of Tau Cannon whose uranium rays are all grilling Hivehand who actually cut off the aliens hand. Of course, everyone will immediately remember the pajamas, the legendary crowd of guns and the symbol that we know right now about the game. Not all of it is in tune, there are also puzzle elements such as finding the labyrinth of moving straps in the Residual Process as well as jumping on Xenon platforms using the HEV Suit.

THE START IS BORN!

In order for Half Life to be paid as a project, it was necessary to sell 180,000 copies of the game. Of course, the game was sold out and sold in 9.3 million physical copies (data from 2008) and who knows how many millions more in digital format. That year, Half Life ended up in Guinness Book of Records as the best-selling FPS ever. Metacritica still holds a cumulative 96/100 rating. So the legend was born, and the bases that started to work on the more modern FPSs were set. After a few expansions and a long-awaited sequel to Half Life 2 with its episodes, Valve forgets to count up to 3, and we did not wait for the 3rd continuation or the third episode of the second sequel. What a pity, because if any of the series deserves a sequel, it's Half Life. But as long as Valve has a super-performing Steam, there is no need to be bothered with it like making a game. 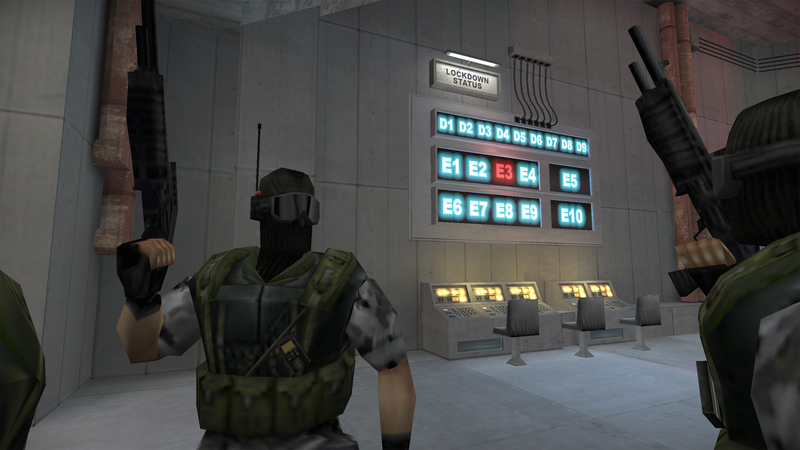 In any case, 20 years have passed. If you are tired of riding in the wild west, squatting the sheep and releasing the dragon or wiping the web, it may be time to get back into this game. A cult classic like Half Life definitely deserves one more replay.

Classic and most memorable game with such unique physics and cool science.

yeah, this game is legendary, but they dont make it anymore

It's a good thing that somebody wrote an article commemorating Half Life. I like the article, although it has many grammar mistakes. Still, your point goes through and that's what matters, right?

a nice game of history.