Rate this article "Worth it or not? Magicite"

Worth it or not? Magicite

Have you ever lost all your progress into a game? Bugs can cause such losses and they are often very frustrating, but there is a whole game genre based on this concept. Rogue-likes, the unforgiving  genre where an error can erase hours of progress. (except for character unlocks and achievements) More popular games of this genre include games such as The Binding of Isaac, Spelunky and Enter the Gungeon, games that are already considered pillars of the indie gaming industry. Among this genre and among all of these games there is one that never actually got big, a game named Magicite, a game that received rather positive reactions but never became as mainstream as the ones above. But is it worth your time or not?

Magicite is Sean Young's SmashGames first published game on steam back in 2014, known lately for the rather successful game Kindergarten that is getting a sequel soon. Magicite later got kind of a "sequel" or rather a spiritual one in Roguelands that kept the core mechanics and upgraded on them, Sean Young though has this strange attitude of being extra hardworking in the first months after releasing a game, responding to each and every complain and adding everything imaginable, and "abandoning" the project after.

I personally loved and hated this game, owning it since it's launch in 2014, it was a different game once and changed a lot with updates. It came out of nowhere and was a hit for me and had the potential, but looking back on it now at almost five years since release will it be worth?

Music and Graphics
With an interesting use of pixel art Magicite's graphics are to be considered good, and this style will carry on in other SmashGames projects, even if after an extended playtime it  but the music is not really memorable even if not being at all bad and above the average of most indie games. 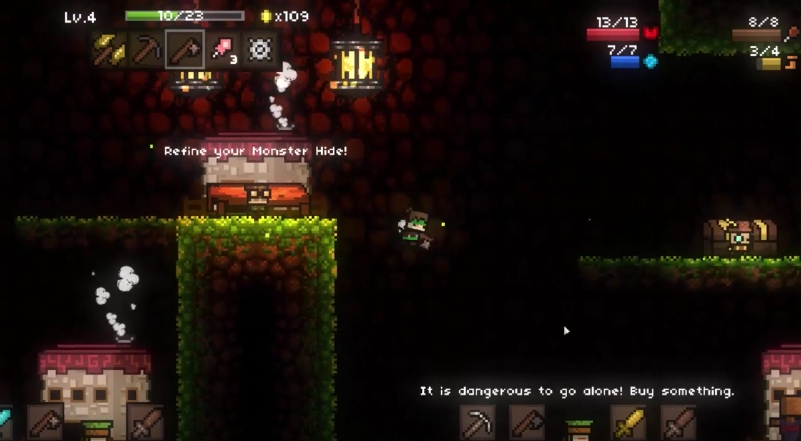 The Gameplay
Differently from music, graphics, or even story in this type of games the gameplay is crucial as loosing all after every game there has to be something to bring you back again and again. And it kind of has that thing, the implementation of rpg and platform elements and the rewarding crafting system and variety of items available can only be a plus to the overall experience. The difficulty is well balanced as it's the classic easy to play, impossible to master type of game. The flow of the game and the control are perfect even if they are still buggy, especially with the last few updates fans were left with many changes and the game approaches that could have been used in the past were heavily limited, this is both the strong and the weak point of the game. 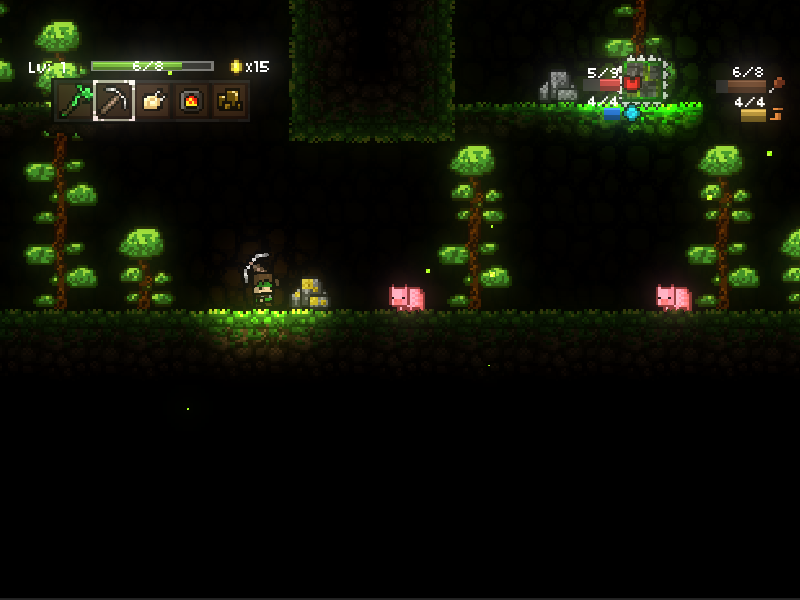 The Story
There is literally none. In games like these (I'd take the example of the Binding of Isaac) the give you a base story (Isaac's mom hears god's voice and tries to kill Isaac) yet the story is cryptically inserted in many of the items and the enemies and there is a very complex story told in Dark Souls style. In Magicite you can get that there was a calamity and we have to save earth, and you only can see that in the trailer. There is a "final boss" but there is not a story comparable to those of games such as the Binding of Isaac. Overall even if the gameplay is the main focus of the game the story should have been there.

Worth it or not?
Magicite is a game not everyone will enjoy, and most of those who will, will get bored soon, but if you are a fan of games like Spelunky and are open up to a challenge that might end many times due to your errors and many do to bugs. But if you aren't a fun of such games i'd suggest this is a good starting point, so you should try it at least, and even if you just take a couple hours from the infinite amount the game can give it will be worth your time. The game is 51% worth it.

Rate this article Worth it or not? Magicite