Greetings. Dakuwanga here. I thought it's high time I told something about the game that gave me my name. Depth is an asymmetrical multiplayer game, not so different from Primal Carnage, except for an underwater setting. Depth had a somewhat difficult production, dating all the way back to 2009. It even ended up on an indefinite hiatus, until an indie group of developers from New Zealand, Digital Confectioners, joined in. Thanks to them and their experience with Unreal Engine, the game was eventually finished. 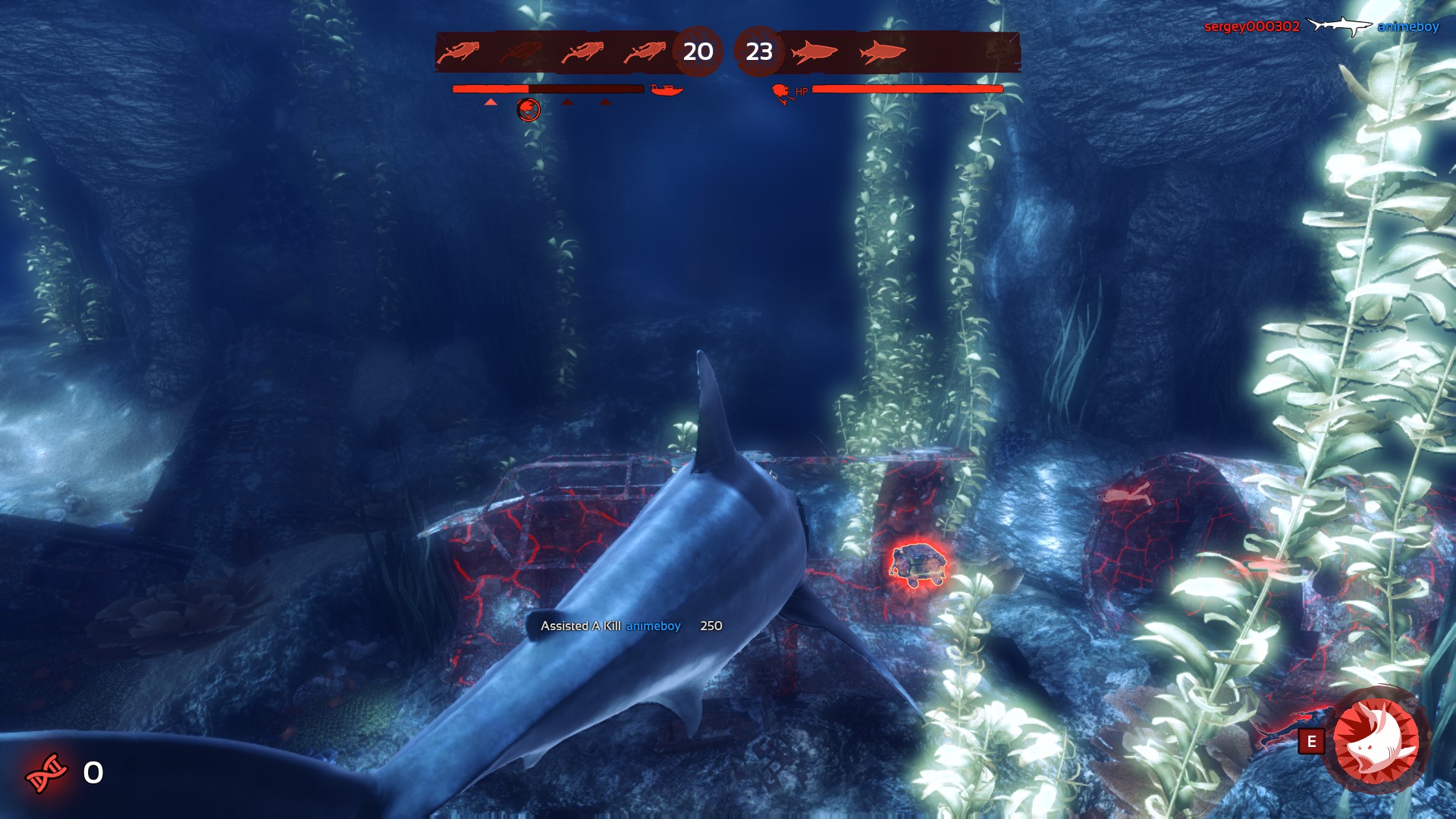 The divers play the game like a first-person shooter. Their objective is to escort and protect STEVE, a deep sea robot as he opens the safes and treasure chests along the way. The divers have access to a variety of weapons, ranging from pistols to harpoon. In addition, they can use consumables, such as sea mines or sonar buoys and flares which reveal nearby sharks. New weapons can be bought with money. Money is gained from STEVE opening safes or collecting pieces of treasure lying around the map. This creates a problem of temptation, as most of the treasure is located in open areas. Going there will make you a far more vulnerable target to the sharks.


The sharks play from a third-person view. Obviously, their objective is to ensure that none of the trespassing divers leaves the ocean alive. Third-person gives the sharks a far superior view of the environment, plus they can spot the auras of the divers. And of course, the sharks are way faster swimmers by comparison. However, whichever of the nine available shark species you choose to play as, stealth, teamwork and correct timing are essential for success, otherwise you'll only get shot, even if you're playing as Great White, who is easily the most durable shark in the game. Also, some of the sharks have a very low thrashing damage. Hammerhead, for instance, deals most of his damage by grabbing divers and slamming them against walls. Killing divers gives the sharks evolution points, which they can spend to improve their abilities. 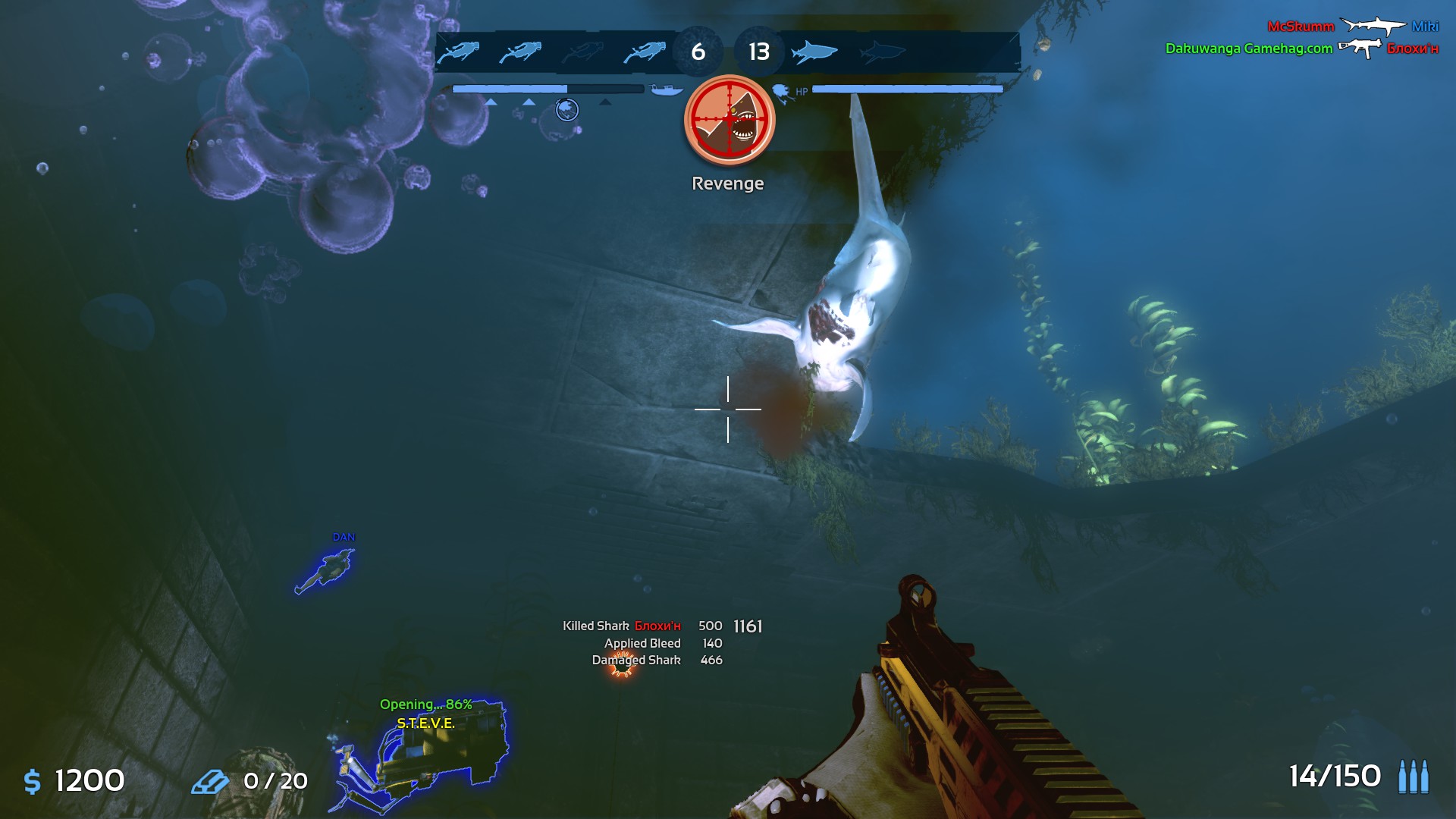 Blood and Gold: The standard game mode. Four divers against two sharks, with 30 tickets for both teams. Hands down the most played of all game modes.

Megalodon hunt: A fast-paced mode that features five divers against a Megalodon. Divers try to collect as much treasure as possible to upgrade their weapons. If a diver manages to kill the Megalodon, he becomes the next Megalodon. The round ends when time runs out, in which case the player with the highest score wins, or when any of the players reaches a score of 10 000 points.

Hide and seek: A single diver against a single shark. With no aura for the diver, but with the bang stick as his only weapon. One lives, one dies. (Apparently only available as a private match nowadays).

Like every proper multiplayer game, Depth has its fair share of events. Whatever event in question, it is guaranteed to bring new content to the game. Some events are seasonal, like Halloween and Christmas, while others occur at unspecific times. The players are often allowed to vote for the upcoming content during the events, such as which weapon or shark species will be added next, or what will be the theme of next shark skin DLC. The votes are based on the scores the players attain during the event. The game usually has most players during events as well.

Depth features fast-paced action and genuinely good-looking environments. The game is relatively simple and easy to learn. The action is thrilling, and offers a variety of playstyles. The game's playerbase isn't the biggest one out there, but the community is very active. Not to mention that the devs keep adding new shark species, weapons and maps on a regular basis.

The only real downsides of the game are that it doesn't have that many game modes, and Blood and Gold is usually the only mode anyone plays. This also means that the game doesn't offer that much variation. 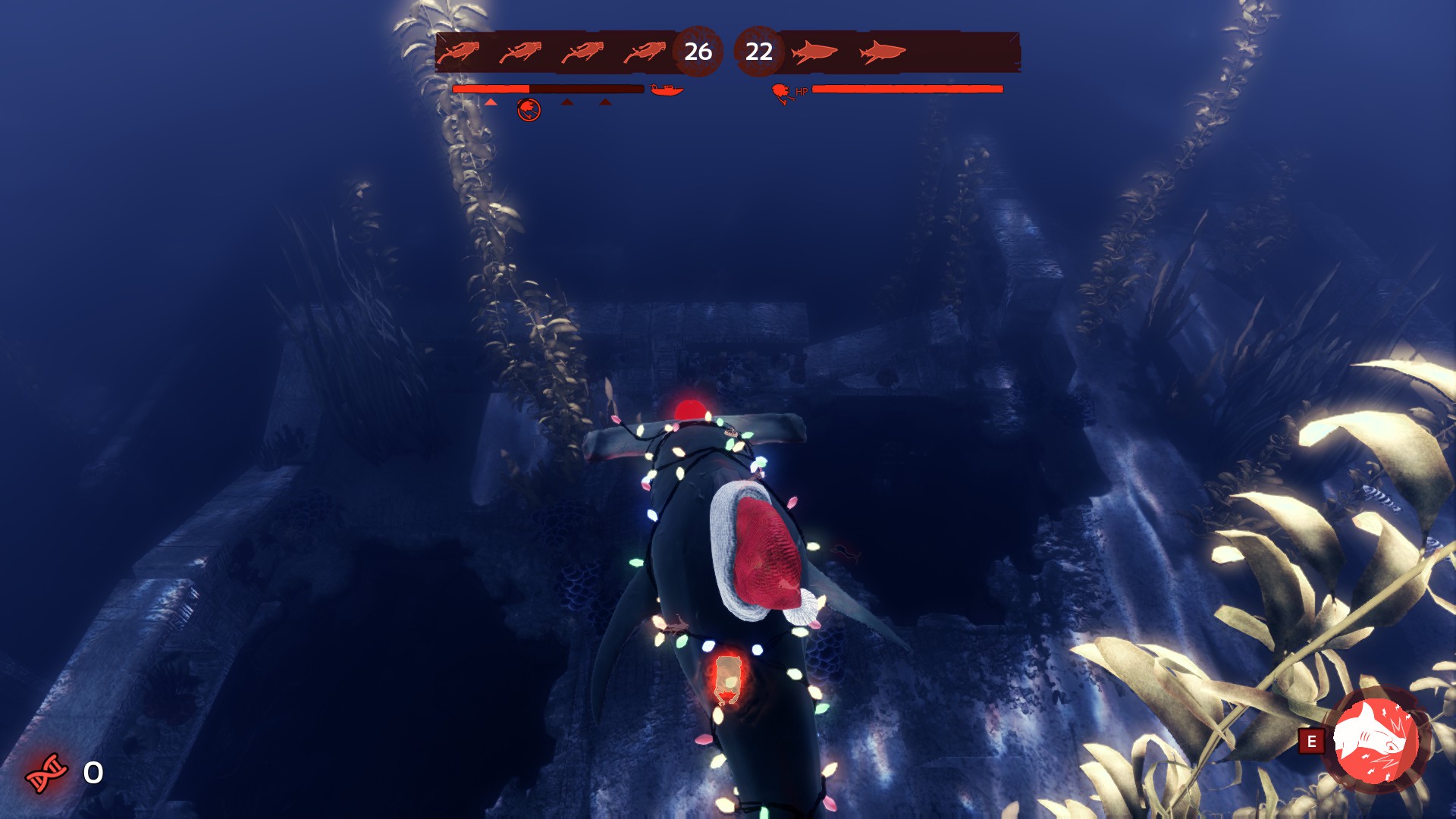 Harry the red-nosed hammerhead wishes everyone a merry sharkmas and a happy new year!

I remember when I started playing Depth probably almost three years ago. It has certainly come a long way since then, with new shark species, weapons and new maps. And it's getting new content in the future as well. Goes to show the devs really care about their work. If you're a fan of underwater games and/or sharks or shark games, Depth is a relatively simple game and easy to learn. I definitely recommend it!

I am shark god Dakuwanga, I thank you for reading this article, and see you in the depths!

good article but Subnautica is better

Cool article, ive been interested in this game awhile.

i think this is nice game and it was the best game that i have played and ;

Really nice work!
Good structure, nice pictures and an entertaining execution.
Just one note: fix the font next time, it's kinda big
Gorgeous article, reminds me of mine!

You have my thanks. My article for Depth was rejected twice before this one went finally through.