Here we check out yet another Battle Royale Game but which has rag doll physics and models... Yeah, the physics on this game may take you somewhere if you're aware of rag doll physics, even if you don't know about it, this game is a battle royale game with around 46 player (may increase if they fix the servers, atleast that's what I got while I was playing)... Lets find out more about this game in detail...


First off this game was free on steam for the first 100 hours of the launch, now its NOT FREE, it costs around 5 USD... and they say that they need the cash to maintain the server as the game itself is a joke on the main game PUBG as an April fools joke... ok, so lets jump straight into the game...

Totally Accurate Battlegrounds - TABG:
You're probably aware of the game that's making buzz quite a lot, and that's PUBG, this game TABG is an April fools joke but they seem to provide the servers for the online gameplay even after the joke is on... so it for sure that the game is being taken care of instead of abandoning the game after the joke... Ok, coming to the game itself, the game is named as Totally Accurate Battlegrounds, the last wierdo standing, instead of the last man standing... and this game is developed by Landfall whose games probably start with Totally Accurate.... just like they already have a game which is called Totally Accurate Battle Simulator and some of them are abandoned as they were similar April Fools jokes. This game is probably the best Battle Royale game to play, which is worth checking out, this game was even available for free for the first 100 hours of the release of this game on steam, which means all those who get this game in the first 100 hours get to keep the game forever... After the first 100 hours its priced, and yeah, its now priced at 5 USD so that they can maintain the servers it seems [as they said that on their steam page] 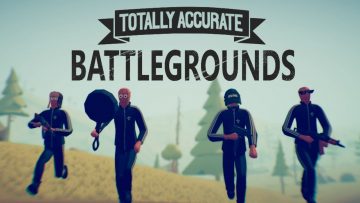 This game is obviously the funniest Battle Royale games ever made for sure, and on a side note there isn't a single player, or DUO category, they all mix up in a single server, so if you're playing alone then probably you're playing one man squads and likely... But that's interesting as everyone has the same thing, which makes this even... And if you ask about anti cheat, the game just released and completed around like 150 hrs by now, so they say that they'll be implementing something to tackle cheaters, but only time will tell. I have to say this now, the game has been downloaded more than 3 Million times when it was free, that's the first 100 hours of course.

So the above is a screenshot of the gameplay, so does that look familiar to something you've been watching lately? Well, is just looks like the mainframe BR game PUBG, but with a lot of good things which the latter one didn't had and probably won't have until developers think of implementing. And if you're playing this Totally Accurate Battlegrounds for the first time then probably you might need something to get used to the game as its quite different at the start, once you get used to how the game feels like and how your character moves then you're good to go. And this game is played by many YouTubers even shroud played this game... Lets check out the steam page of this game... 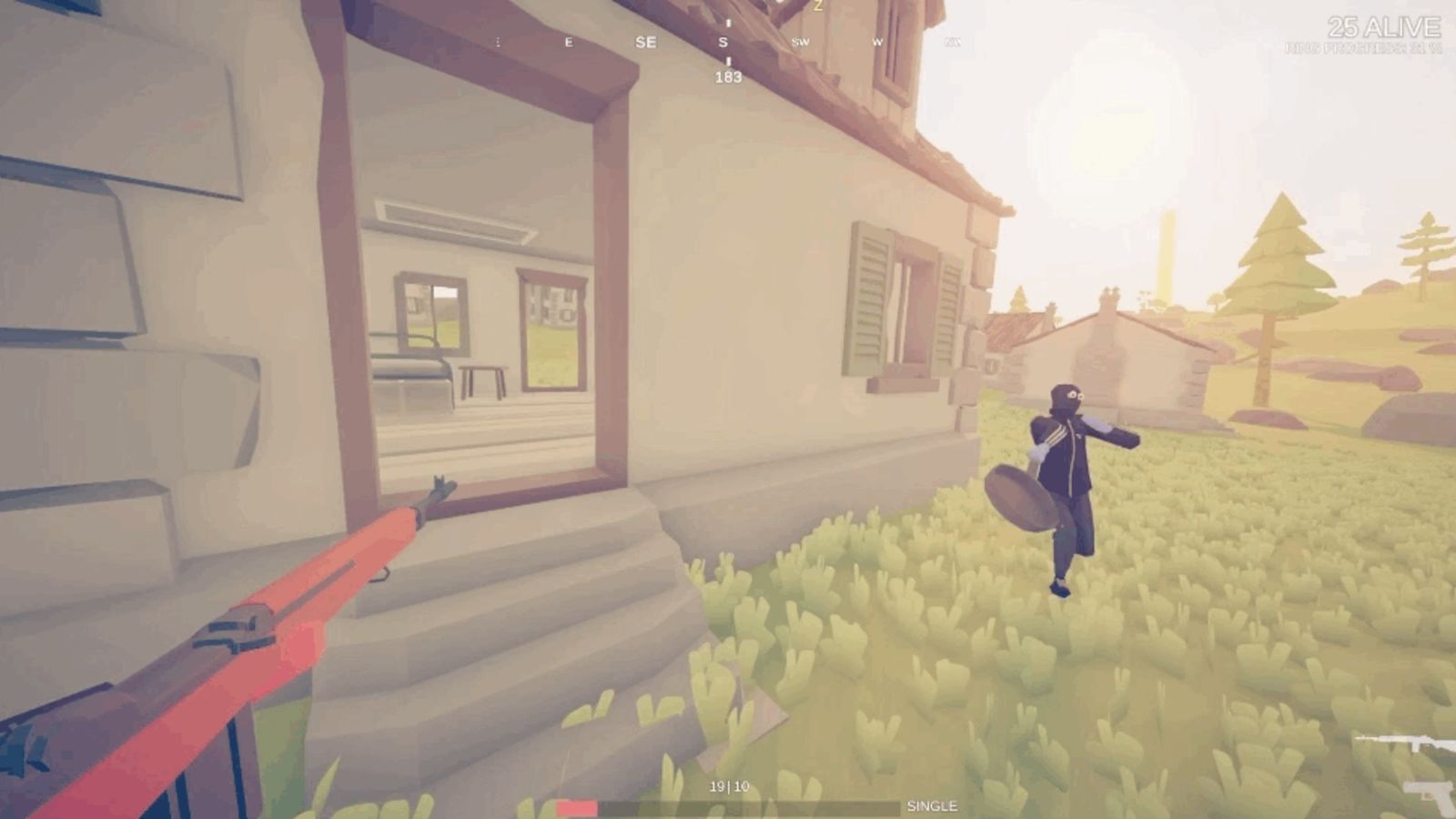 So, the information from the steam page of this game: 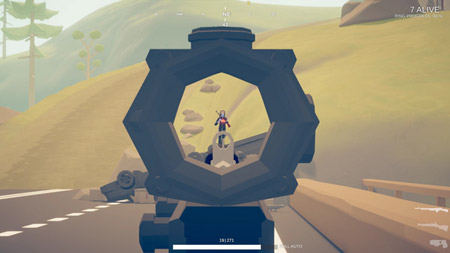 Did I mention that there is even a water gun and a grenade launcher in this game which is absolutely cool at the same time deadly towards other players on the server. The loot in this game is probably RNG, which means random... and you basically find loot almost on the ground, plains, but sometimes you won't even find a frigging weapon in the house, but its RNG right...
So, can you run this game on your crappy laptop, you might ask, well this game has some requirements but probably this game is smooth as butter in terms of the transitions but can't guaranty about the gameplay as this depends on network too... Well, lets find out about that...
> Requires an Intel i5 or AMD's equivalent FX processor, its better to have a quad core CPU
> 8 Gigs of RAM for sure
> You probably can't run this game with Integrated graphics, at least not smoothly
> Game requires at least nvidia GTX 670 or AMD R9 270 or better with more than 2GB VRAM
> The game occupies around 5Gigs of storage on the Hard drive 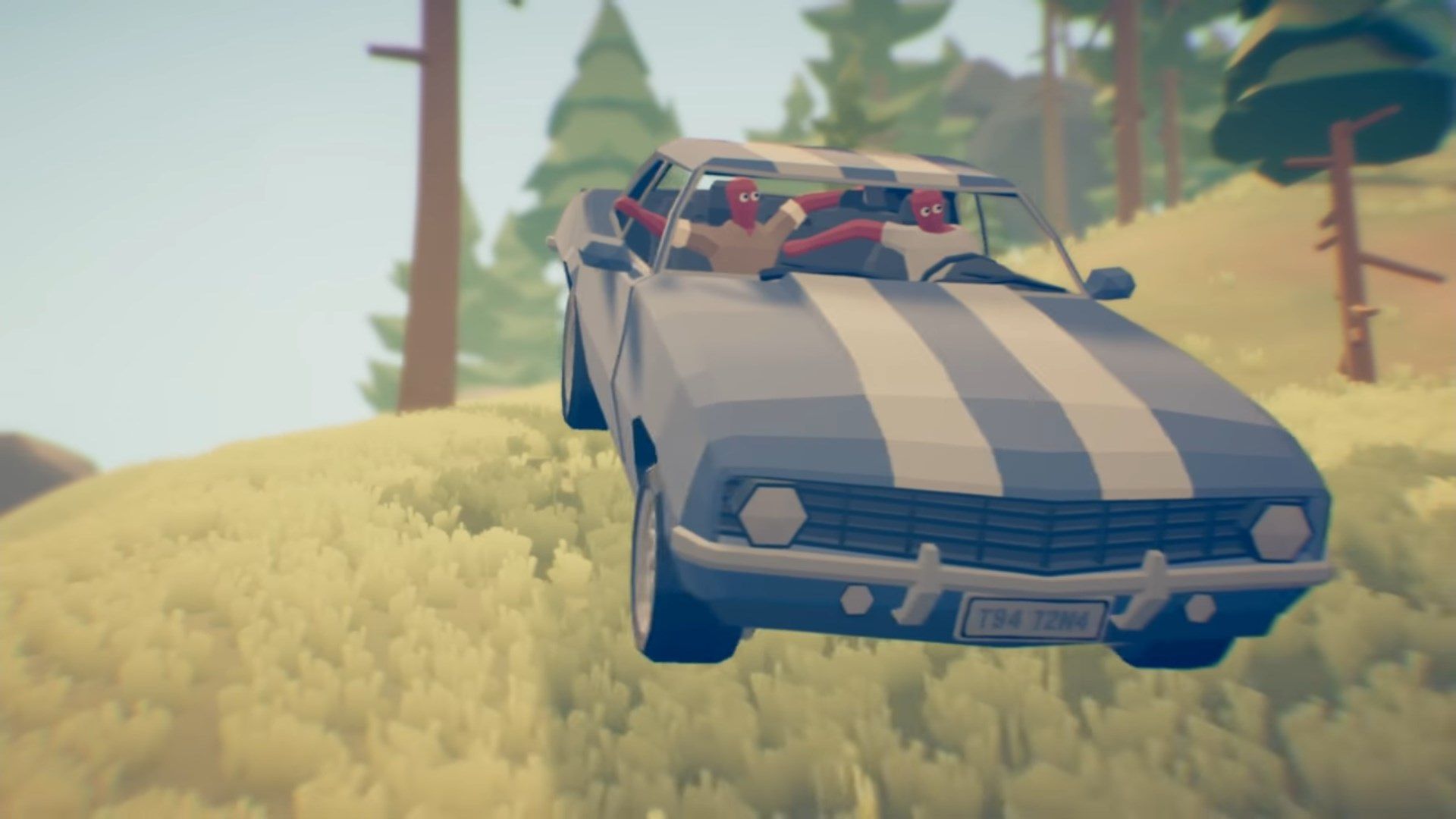 Did I mention that this game has vehicles in it and you can actually DRIVE then unlike some games where you can't drive the vehicles... Fun fact, the vehicles in this game are some times glitched and seem to be unplayable for quite sometime. And for those who can't find servers in the game, just exit the game and as soon as you start the game again, hit the play button as fast as possible which will search for a match, this might have been fixed now as they released some fixes recently...

Verdict:
This game is probably the best Battle Royale game which packs a lot of FUN with it, the amount of fun and troll this game has can't be calculated. By the way the way the physics work in this game might trigger some people but most of the people like it though. This game Totally Accurate Battlegrounds will be an amazing game if the developers of this game at Landfall do not abandon this game and keep on developing this game for quite a while, and the price of this game is too comparable, even though they gave the game for free to no matter how many people claim it... Totally love it !

Why do you have to pay for all new games? It's stupid.

Lol, its games like to this that reminde me why I still play after all these years

This is a better version of Fortnite. *Incoming Fortnite fanboys*