I made this guide a while back but it still applies. It's a mobile game called Kingdoms Of Heckfire. I was a beta tester of it and was there from day 1 of inception.

Ally Trading (Beginner Guide - requested)
Allies are very useful in kingdoms of heckfire.
1. Allies contribute to the gold you loot from monsters.
When you attack monsters/titans, you get gold from the basic attack, then also a gold from allies bonus. Depending on the ally you buy, you can get more gold.

In this example of a monster attack, you see two sets of loot won from this goblin attack. The top one was the amount you would normally win in the attack if you didn't have allies. The second one is additional loot won because of the allies. Add the two numbers to get the total loot won from that attack. Higher ally stats = More loot from allies. 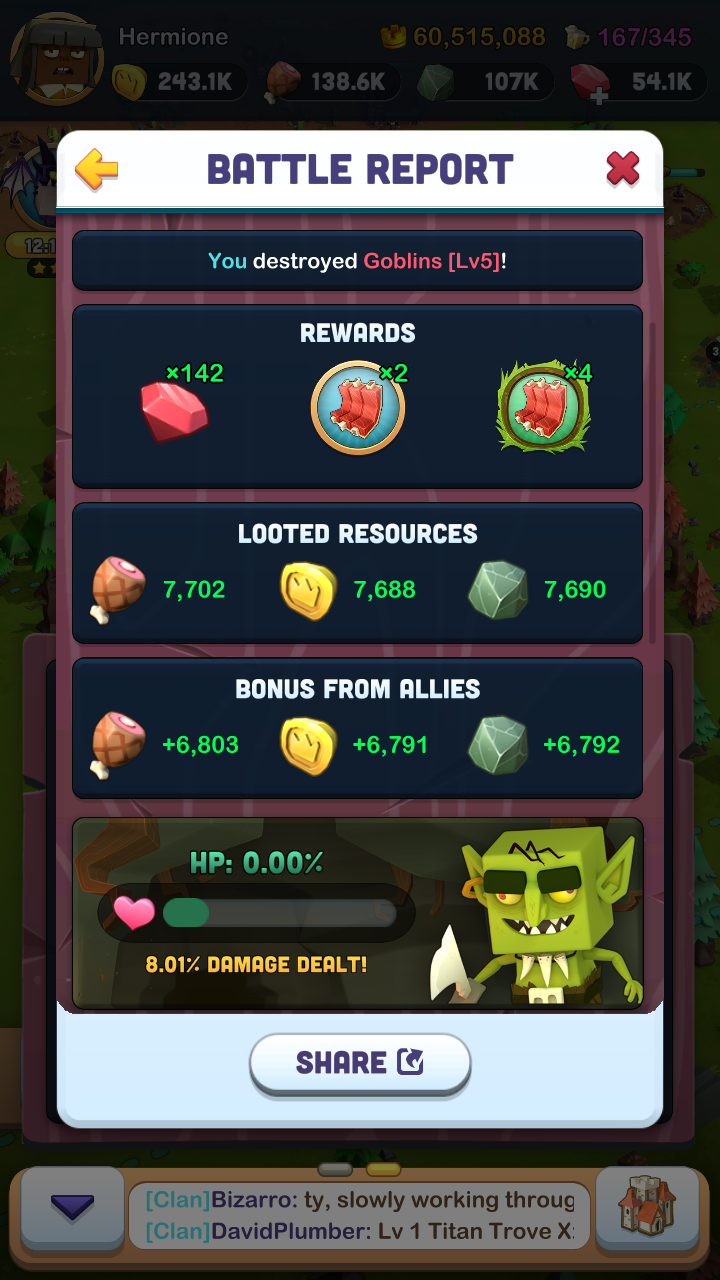 Here you can see the ally bonus from the same monster attack. This is the bonus that was given based on the allies you had at the time of the attack. 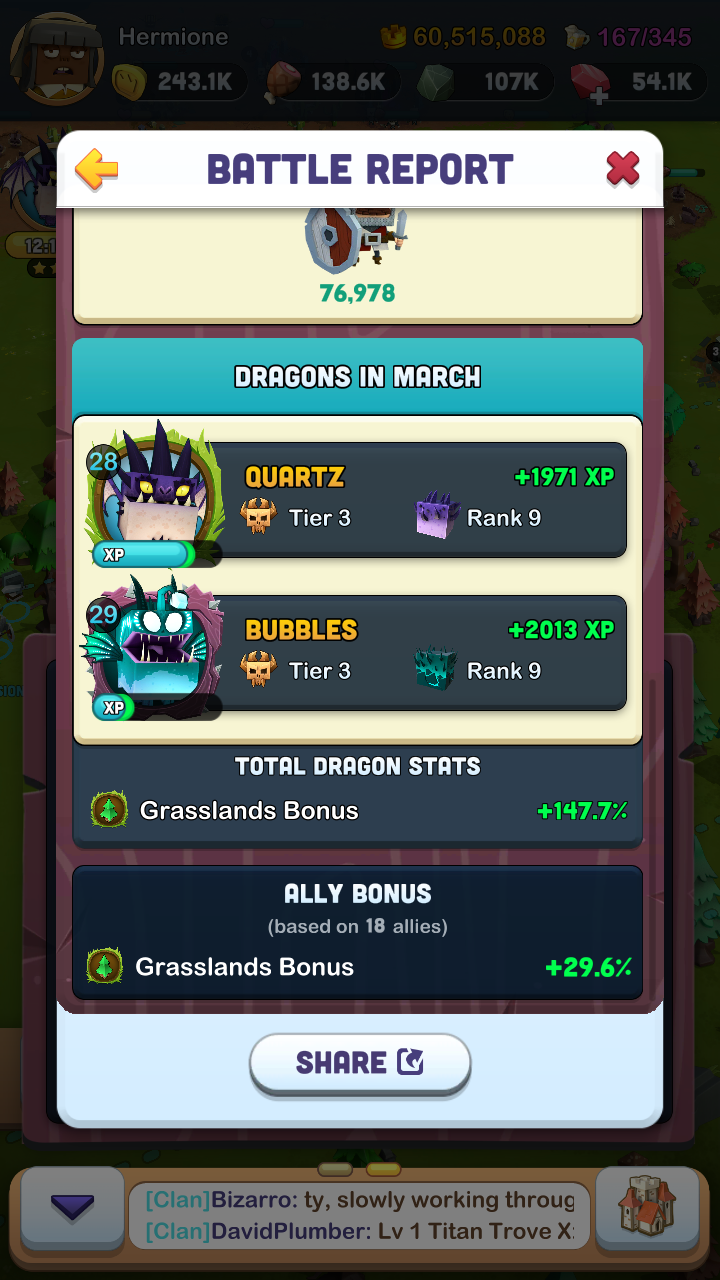 2. Allies give your army a bonus attack strength.


In this battle report, you see that there were base stats that the attacker and defender had, but below that, you'll see the bonus they got from having allies in that specific biome where the attack took place. 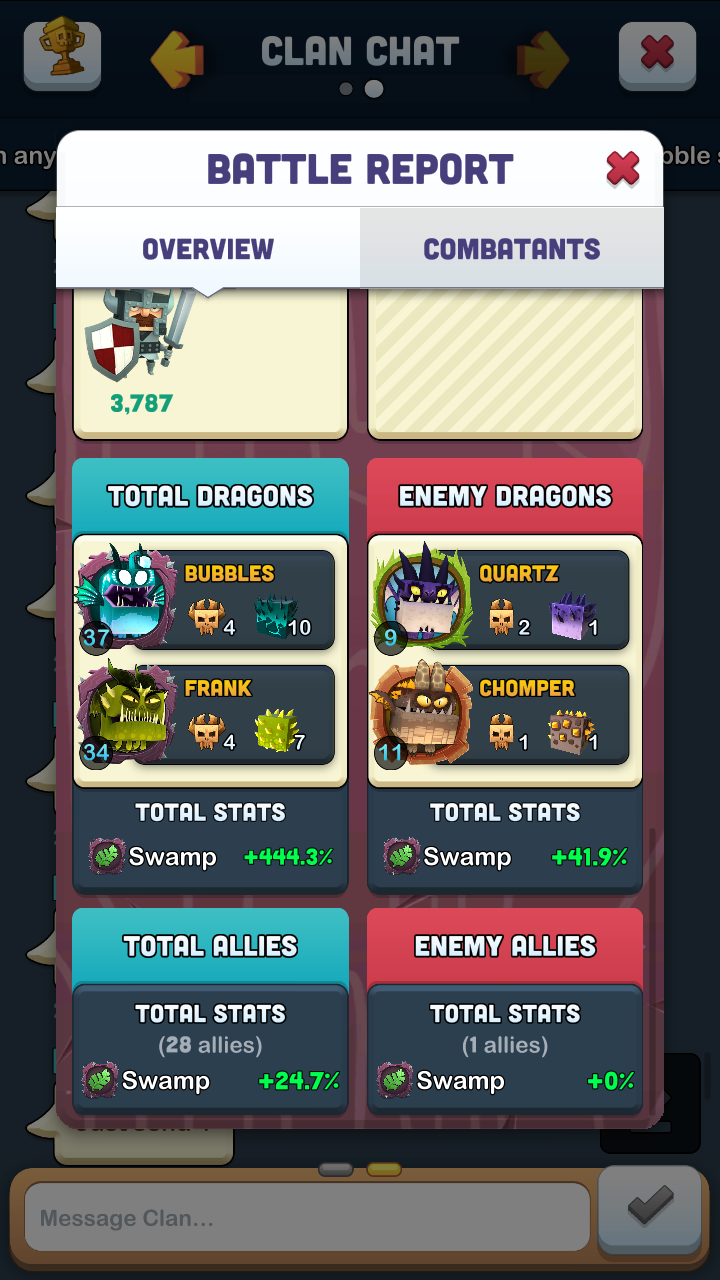 You can also do biome specific research for additional stats from allies.


You have a maximum amount of allies you can have at one time. Upgrade your Waritorium and build and upgrade embassies for more ally slots. If you find you're running out of ally slots and have too much gold, you may want to start buying more expensive allies whenever yours sell. Always make sure you get the best deal you can for your ally. Shop around, don't buy the first one you see.

When looking at the ally info in a player's profile, you'll see their ally value. This is how much you can earn from a player by hiring them. Usually, a player's cost goes up when they have better stats because more people want to hire them. 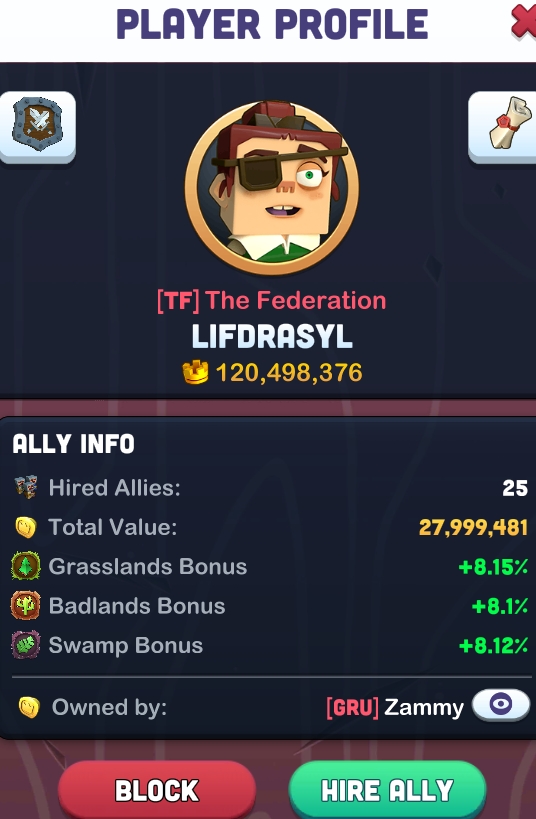 (Most of these stats are shared with me)

This is one player's ally info that can be seen on their profile. This is what you get when you buy them.

Going into their Waritorium brings up different tabs. The middle tab shows the total bonus they get from all of their allies total on the different biome types.

When deciding on an ally, you'll be presented with many choices. Even if two allies cost the same, they may not cost the same amount of gold. One thing you'll want to consider when buying allies is how much they cost, and how much of a bonus you can get from buying them. Which one of these two would you rather buy? 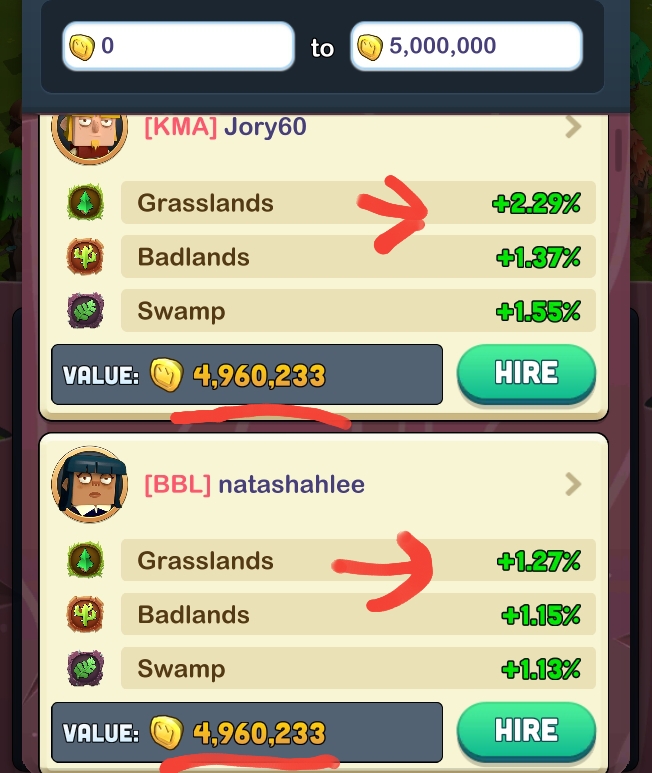 They both cost the same exact amount of gold, but with their dragons research etc, the bonus from the top guy is bigger than that of the bottom guy. Look at all 3 biomes and compare them. Get an idea of what you'd want to pay for certain stats and stick to that requirement until you can afford to buy better allies.

If someone is constantly buying an ally, you'll need to set a price on that ally for what you feel they're worth. If they pass that price, move on to another ally.

Some clans are iffy about you buying allies belonging to fellow clan mates, so if you're in a clan, check who owns them first.

If someone is buying your allies, you may also want to see who is buying it. If it's being bought by someone who generally attacks you, you may not want to buy that ally back. That person may buy the ally right before attacking you. You may also not want to have a specific ally that you keep forever. This will let people be able to predict which ally you'll have and easily find that ally you buy from you right before attacking.

One thing players take advantage of is volleys. If you volley an ally, you stand to make quite a bit of gold. To volley a player, you just need 2 or more people to hire an ally back and forth with you. You may have a set amount of gold you want to volley the ally up to, or you go until one of you can't buy anymore. One of the dangers of this is being stuck with an overpriced ally. The ally costs more than you feel they are worth.
With each ally purchase from you, you gain the gold you put in to buy the ally PLUS an additional 1.57-1.58% of that ally's cost. It's a nice way to earn some extra gold. The ally that was bought will also earn some gold (up to 10,000 gold) each time they're hired.
I'll get an actual percentage when I get home.