Rate this article "The Dark Messiah of Might and Magic"

Hello, fellow gamers and welcome to the first episode of the series “Forgotten gems in the gaming world”.

Let's start with my personal favorite game which most of you probably never heard of before.

The Dark Messiah of Might and Magic developed by Arkane studio back in 2006. At first, it looks like a normal fantasy RPG game. But that's not really true. Yes the story itself is not the strong asset of the game. But the thing in which the Dark messiah shines is the physics and the overall fun combat system. Nicknamed by lots of people as the “Kicking simulator”  is for sure a thing. One of the game mechanics is the “kick” and of course, the whole world is full of conveniently placed spike walls, traps and fires for your unfortunate victims to be kicked into. 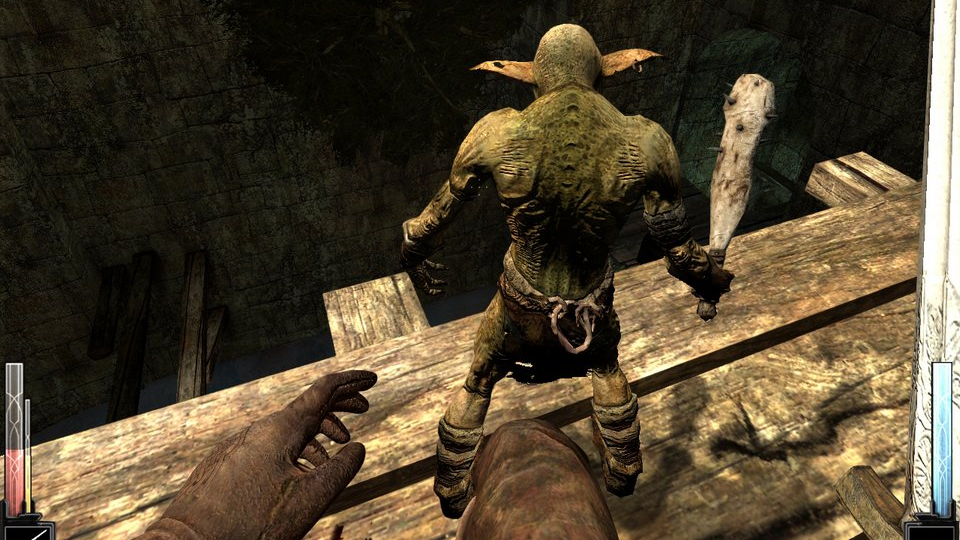 "kick or not to kick that is the question"

But that is just a small portion of the “Adventures of sir Kickalot”. The really fun way is how the combat feels. I myself am a huge fan of immersive first-person games including swords, bows, and magic. And trust me. This game did an outstanding job in this field. Considered it was back in 2006, this game actually brought an interesting concept that was unfortunately lost in today's games. Just consider (and have in mind it was over 14 years ago) the combat of the game had basically several attack modes with every weapon. (Swords, daggers, staffs, blacksmith hammer) most of these attacks were triggered by the way you move. Getting backward while holding mouse 1 was a stab, the left side or right side ended up by the slice from that side. Getting head on lead to a heavy swing. Also the difference between the holding or pressing. Holding always ended up by a powerful attack which drained your stamina but dealt a heavy blow and when aimed on the proper body part it was not impossible to decapitate it (like legs, arms, heads). The cherry on top is the adrenalin stat. When full it triggers a mighty blow which always finishes off every enemy it hits. Even more at once. And in a bloody way in a slow-motion with bodyparts flying. 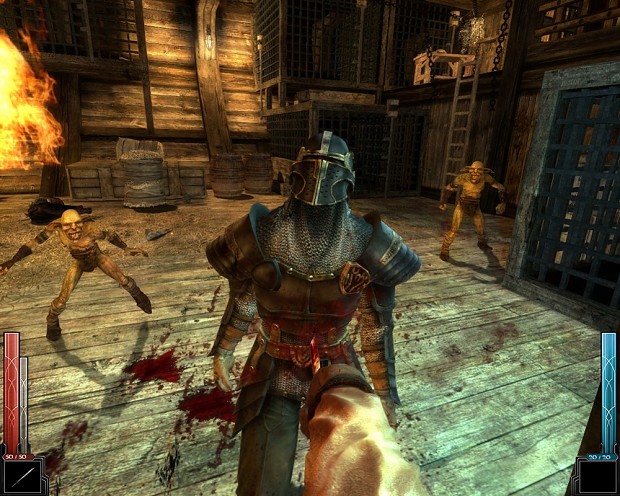 
But that is not all. Lots of the environment is affected by you. Many traps, flammable things, breakable things, you could also throw almost everything including bottles, forks, brooms, barrels, stools and many more towards your enemy to deal damage, push them off the cliff or just when feeling sneaky to distract them and finish them off by a dagger from behind.

Which brings me to another part of my article. Game classes. As your hero progress through the story, you get ability points. Sadly you cannot upgrade everything during the relatively short (8 hours at average) game. So you need to choose wisely. And it is actually better to get into one particular way of fighting than being the Jack of all trades. Otherwise, you won't be able to use most of the most fun weapons later on as they require a certain amount of skill. So your choices are basically 4. A warrior, ranger, assassin and the mage. (personally, the mage is quite fun to play. Especially telekinesis. With the adrenaline up you can pick up living creatures. Ahh the good memories of sending goblins to the moon waiting patiently to catch them or let them splash on the ground.)

So this game mechanics really hook you up and make you want to play again to try another setup. (All are fun and rewarding in some way). Or you can take Sir Kickalot to the challenge of kicking through the whole game. (good luck fighting the cyclops or giant spiders) 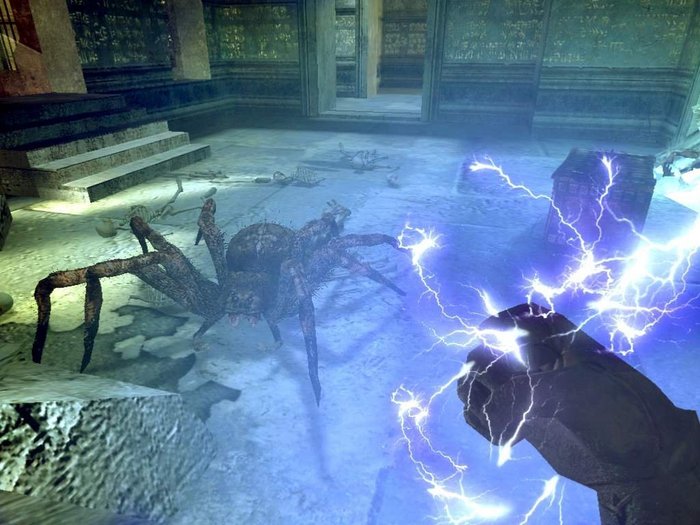 "Oops! hope you don't have arachnophobia"

To sum it up: This game brought a new way of fighting which was unfortunately not really used more. Combined with environmental usage it can lead to many interesting ways to deal with your enemies. Which leads to real and clear fun. I certainly had many good times with this game. So feel free to give it a try it is only 5 bucks on steam. Also graphics actually still look really well if you consider its age.

The game had a multiplayer as well which was fun when it lasted. Unfortunately, the servers are mostly empty. Maybe one day we will play together. 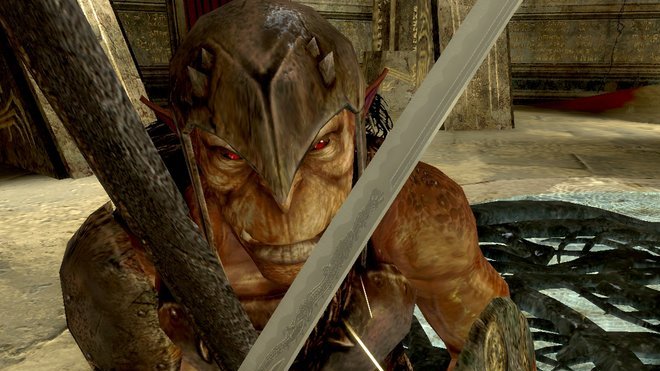 "you have beautiful eyes Mr. Orc"

Anyway thanks for reading and feel free to recommend me another game for part 2.

Rate this article The Dark Messiah of Might and Magic

I do not see any rewarded games in my game section

idk this game as well but i Sadly you cannot upgrade everything :c t seems nice

i dont know this game its like creeps in the picture? thanks for article

I used to play this game alot but i dont play it anymore. Its good tho, and your article is awesome, good job

Sadly you cannot upgrade everything :c

idk this game as well but it seems nice