So, you've just booted up Team Fortress 2! Maybe you're new, maybe it's been awhile, or maybe you're looking to get right into a new class. Whatever the reason, I'll be going over some of the basics of the first class in TF2 - The Scout.

As a scout, you are the fastest class in the game, cap at twice the speed of any other stock class, and have access to a unique double jump ability, but you also have the lowest base health at 125. This makes scout a mobility class focused on close range damage, as his various scatterguns are very effective at close range, mimicking a shotgun in terms of spread and damage. However, it should be noted that the maximum ramp-up damage (meaning you’re shooting an enemy point blank) is higher with the scattergun than the shotgun, which encourages you to get right up to an enemy to perform a “meatshot”. Meatshots are the colloquial term used when a scout hits their target with all nine pellets from a single shot (as each shot, or shell, in a scattergun has nine individual pellets with their own spread).

In a nutshell: Use your movement to your advantage. Get in positions where the enemy won’t expect you to be and ambush them. Get extremely close and unload all your shells into them, and you can easily take down even a heavy in only 3 shots. Don’t be afraid to double jump liberally when you encounter enemies, just make sure your own aim can keep up with your movement.

So, you know how to use the scout now! Well… not entirely. Maps are very complicated, especially if you’ve never played them before. Running directly into the enemy team will net you a quick death from snipers, heavies, and multiple explosives. If I had to give a rough estimate, I would say that playing scout is 30% aim and 70% map knowledge. Knowing how to navigate a map can help you get to spots that other people wouldn’t even think to check. You can also navigate some quick flanking routes, such as this one on Badwater: 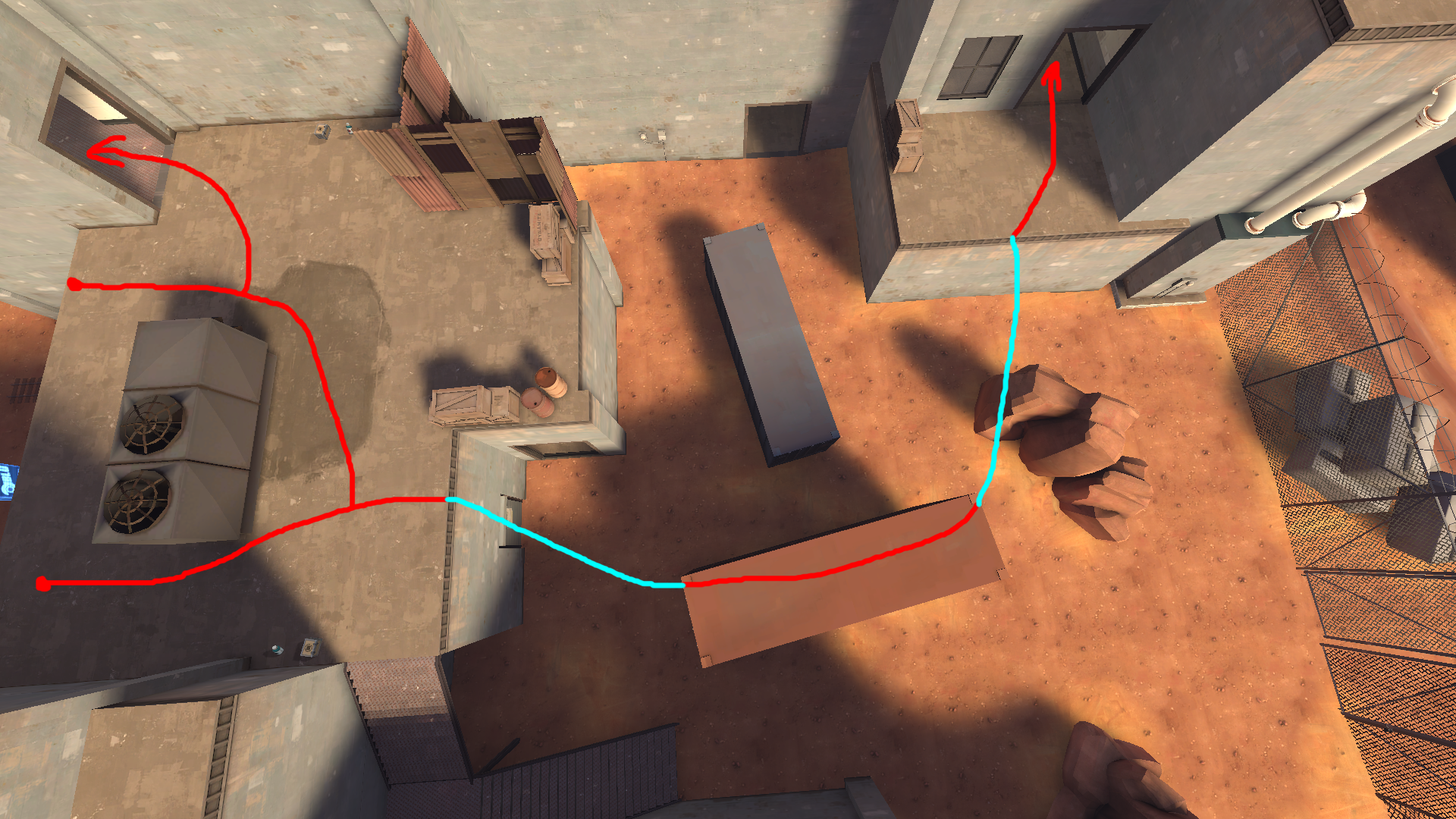 Using your double jump, you can quickly flank behind enemies watching over the 2nd capture point for the payload. If their back is turned, simply run right up to them and shoot them in the back for some easy kills.

Another great example would be this route on Dustbowl: 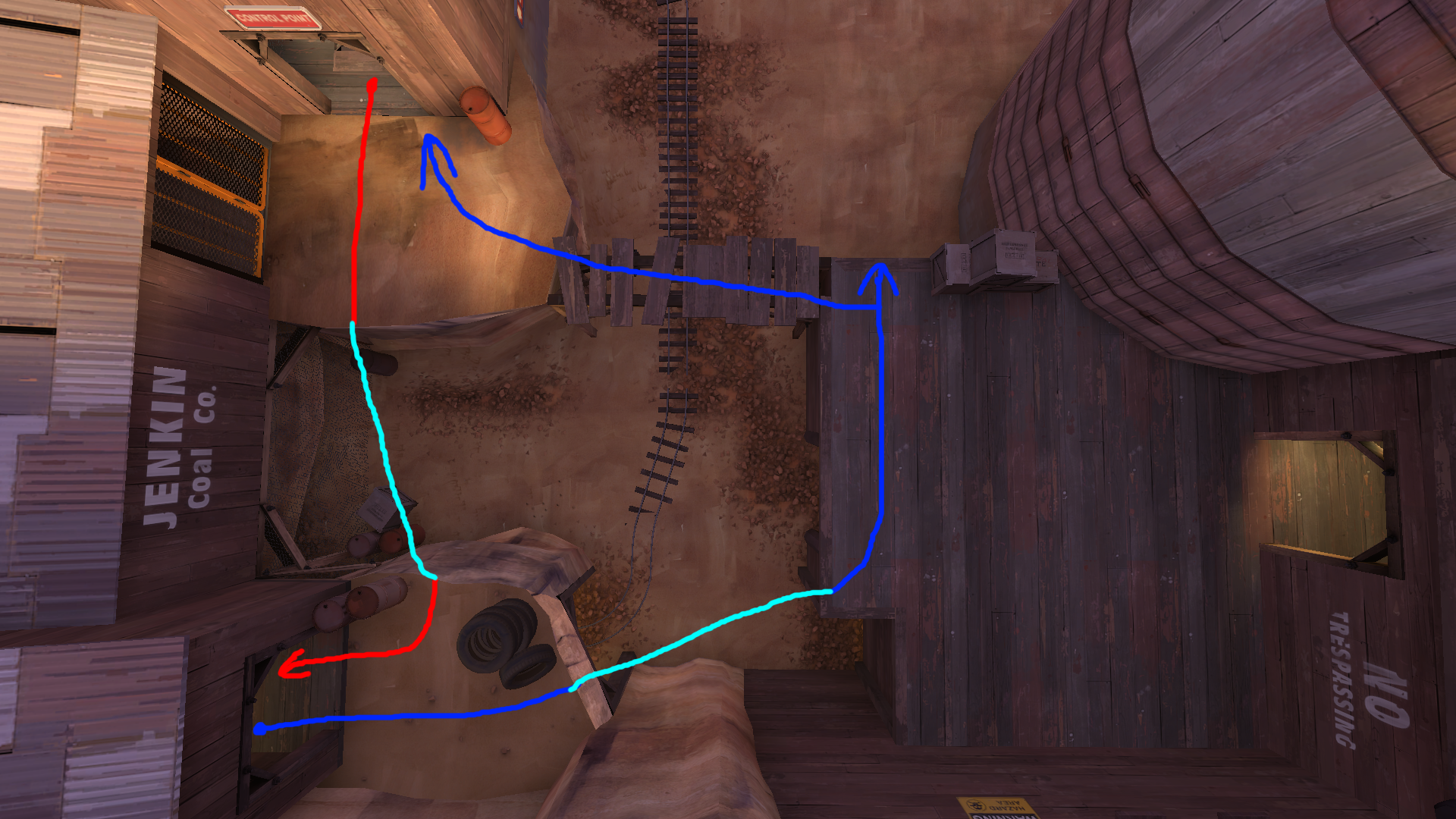 There are many ways you can surprise your foes, especially unaware snipers more concerned with higher value targets, and medics concerned for their team who are focused on healing rather than checking their back. Learn some common flank routes and jumping spots and you’ll be catching enemies off guard in no time!

All in all, scout seems easy, no? Well, there is one final thing you must know before you play scout: Your gun NEEDS to keep up with your feet. Your fast movement speed and double jump makes you harder to hit, but it also makes it harder to hit other people if you can’t account for how quickly your crosshair is going to move. If you need some practice, just fire up a casual game on 2Fort and work on your aim, or you can download the map “tr_walkway” from the Steam Workshop/Gamebanana and practice there. Either way, make sure you’re able track enemies effectively while using your movement abilities, and you’ll be a force to be reckoned with!

Scout is an extremely powerful class in the right hands, as it offers high mobility and high close-range damage for those who can utilize him effectively. Scout’s weapons can vary in terms of utility and strength and change his playstyle significantly. If you would like to see me create a guide that skims through the various weapons scout has to offer, please let me know!

Now, go out there and get some frags! 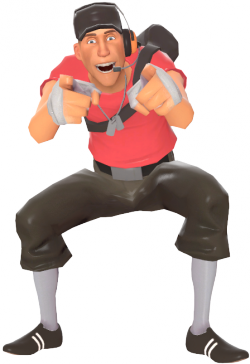 Its an Old Game But intresing and good , Yr a nice article writer.
You shoud make this for other classes, like sniper
Incredible game , thanks for writing this article , and thanks for showing us this good game !

How about the fact scout is at 125 hp? With around 1k hours on tf2, I realized scout would need to do more "complex" sort of jumps. Utilizing baiting, distractions, and etc. And before I leave, I just need to say scout SUCKS when it comes to sentries(< Self experience ;-;). Eitherways, good guide!

im not good with scout at all

Great article and great pictures, you are getting 5 stars from me buddy!

this is really well made and helpful , thank you for the dedication

best class in the game boys

Team fortress 2 is a good game.