Welcome everyone - in this article, I will explain about the differences of playing on a controller, and a keyboard in Rocket League.

❓ What does the professional players & most other players use?

There is no doubt here. In all of Rocket League's time, the majority of players have preferred to play with a controller. For experienced players, it is sort of an unwritten rule to play with a controller over a keyboard/mouse. People in higher ranks will sort of 'punt' worse players, hinting at them that they are playing with a keyboard, if their performance is not on top.

This is even though we have professional players like Yukeo who is an Australian Rocket League player who has achieved huge results in his career, playing on a keyboard. For reference, he has won a Major tournament (DreamHack Pro Circuit) in Leipzig in 2019 with his team. 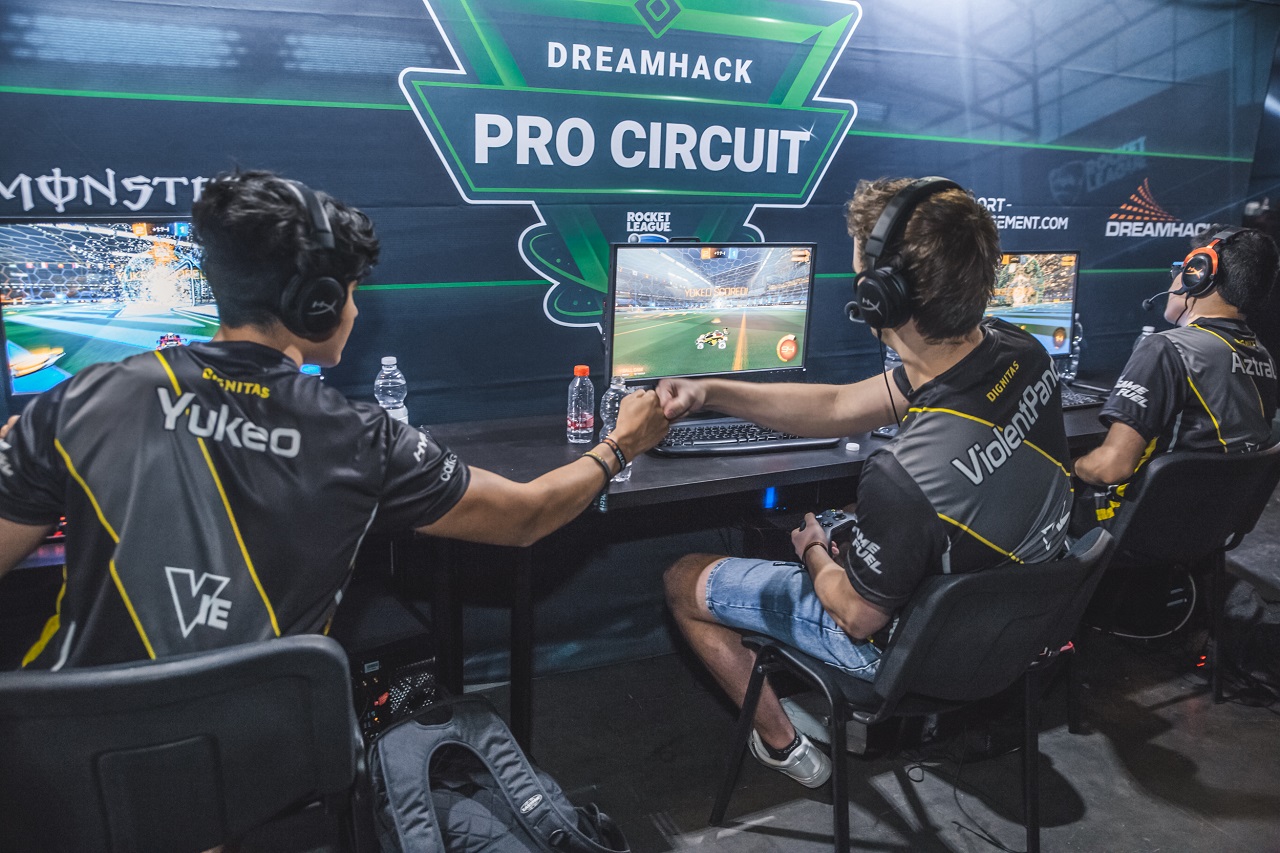 Picture of Yukeo, at the DreamHack Pro Circuit stage in Leipzig

❓ Why is the majority sticking with controllers?

As much as it's just a general 'personal preference', it could also very well come from the fact that Rocket League's originator, Supersonic Acrobatic Rocket-Powered Battle-Cars (SARPB) was a PlayStation 3 game. The reason being, that SARPB was a PlayStation 3 game, which also means that people didn't have the opportunity to play with a

at that time. That fact also means that in the beginning of Rocket League, most of the good/experienced and professional players, came from SARPB and were used to playing with a

. From that point on, the majority of people using a controller has just exploded.

❓ So, what is really better? Is it the controller, or the keyboard?
Well.. In the end, that comes down to personal preference and habits no matter what. It is hard to determine what is better, and to be honest - that probably never will be answered. If we as an example take a player with 3000 hours, who has only been using a controller and match him up against a player with the same amount of hours, but who has only used a keyboard - You probably won't note any key differences. It is going to be a fair and square match, and the better player will most likely win the match.

this list was much entertaining...
informative to explore the games it is very good

Controller allows for precise movement. a keyboard is simply too limited. Though this being the case honestly i prefer keyboard.

I dont play the game but i like the article